People are encouraged to use capital punishment for everything. This type of behavior inherently leads to a sense of lawlessness and encourages griefing and other anti-social behaviors. PvP becomes less about achieving objectives and more of an automatic reaction to seeing other characters in the wild. In a world where every quest involves killing someone and all characters neatly respawn without consequence, what other conclusion can players draw than killing (even repeatedly) is acceptable? As usual, Chronicles of Elyria is different. In this week’s design journal we’re going to talk about how CoE discourages actual killing, the different meanings of the word “death,” and the different loot rules associated with unconscious or dead characters. 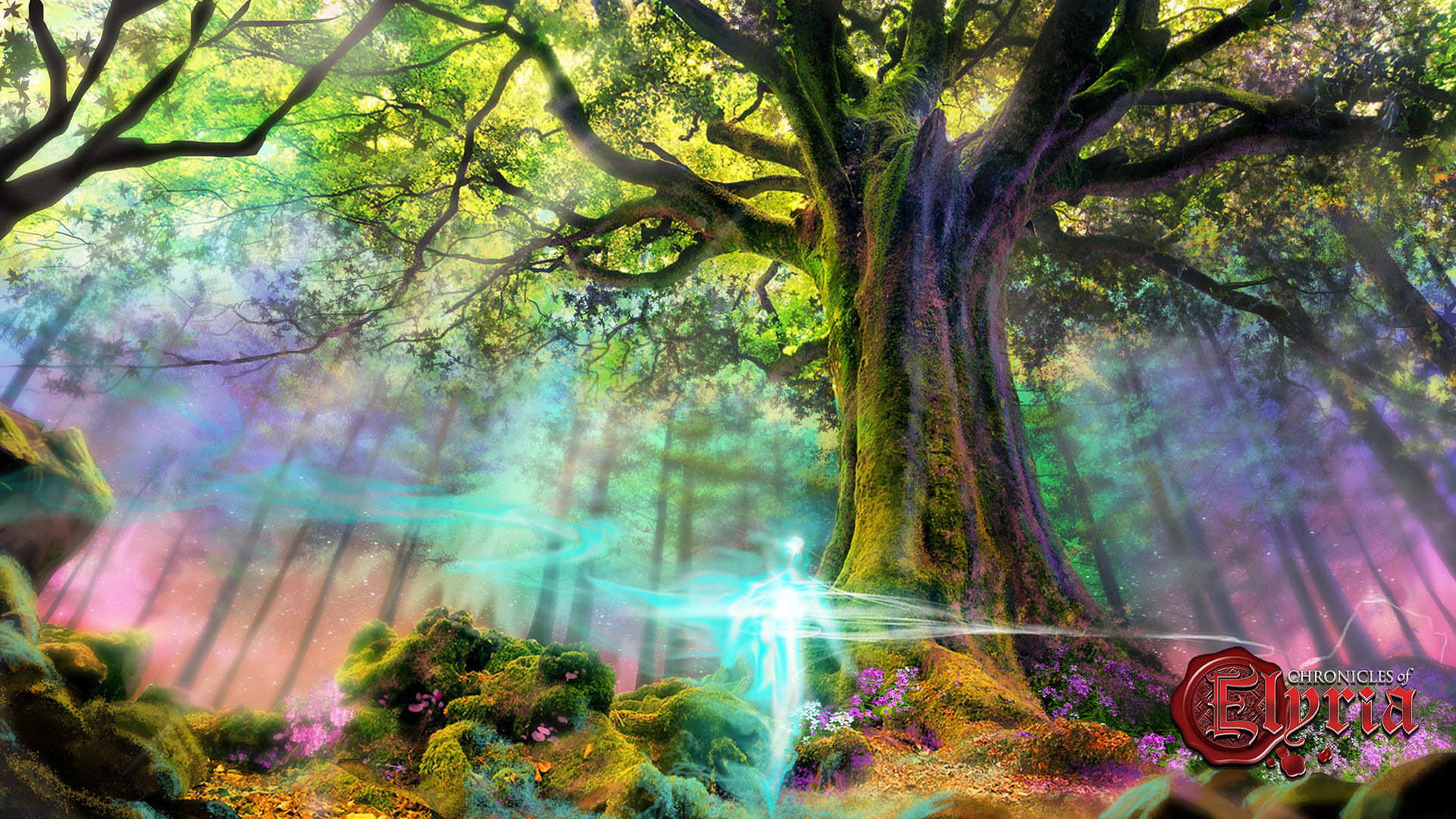 In most games death is what happens when your health reaches zero. Generally once dead you are teleported to some nearby recall point and have the opportunity to live again, usually without consequences, so you can continue your quest. In Chronicles of Elyria, there are actually three different things which most games would classify as "dying." Each of them comes with varying degrees of consequences for all players involved.

Incapacitation in CoE is the most common form of what other games would call “killing.” Incapacitation happens during any combat or event in which a person’s health is dropped to zero. This renders the character unconscious for a short period of time. While unconscious, the incapacitated person's screen goes black and they'll see a little timer telling them how much longer before they regain consciousness. Note that while they can't see anything, they can still hear what's going on around them. There's no reason for this, we just felt it was a nice touch, as it's often believed those who are unconscious or in a coma can still hear/sense those around them.

While you're unconscious other players can do things such as "Quick Loot" your person, bind you for capture, or tow your body around a short distance. One of the things I want to call out here is that while being incapacitated leaves you unconscious, it doesn't actually result in any long-term penalties. There's no loss of Spirit for being incapacitated and it doesn't reduce your total life span.

The second form of "death" which we'll talk about during this article is Spirit Walking. Spirit Walking is what happens when someone takes the initiative to first incapacitate you, and then while you're unconscious, performs a coup de grace. A coup de grace is a killing stroke which results in your soul being forced out of your body in a process we call Spirit Walking. It’s also highly illegal and comes with severe punishment. In general, most beasts and NPCs will simply incapacitate you, however especially evil humans or creatures may aim to kill.

When someone performs a coup de grace you'll hear your unconscious self scream, and then your screen will transition from black to a vision of another world known as the Astral Plane. (See Figure 1.) This is the plane of existence between the mortal world and the world of the gods. When you enter the astral plane you'll see a small silver cord which goes from your soul, travelling some distance, to a highly saturated version of your mortal body that has manifested on the Astral Plane. This is your connection to the physical world.

As time passes, and your soul is separated from your body, your connection to the physical world grows weaker and weaker. If enough time passes and you cannot return to your mortal body, your body will become uninhabitable and your soul will be forced to make its way back to the Akashic Records. This is permadeath and is the subject of next week’s design journal.

How easy it is to make it back to your body is a function of two things: Spirit & character age. First, the strength and visibility of the silver cord, as well as how close you spawn to your body in the Astral Plane, is determined by how much Spirit you have. If you've got a lot of Spirit you may spawn within sight of your body and with a clearly visible cord. If the bond between your body and soul is weak (you have a lower Spirit score) you may find yourself having to travel huge distance in order to re-enter the mortal world. Also, without a clearly visible cord you could potentially become lost in the Astral Plane, unable to find your body.

This combination of Spirit and character age means that you’ll initially have no trouble finding your way back to your body. But, as you continue to play, and your body and spirit succumb to the passage of time, there will eventually come a point in which you’re soul isn’t strong enough to make the return trip.

While being incapacitated comes with no long-term penalties, Spirit Walking does. Each time your soul is separated from your body you lose a fixed amount of Spirit. This reduction in Spirit makes it that much harder the next time you’re forced to Spirit Walk. In addition, when you finally return to the physical plane you’ll find your body now has a permanent scar, a constant reminder of the weakening bond between your body and soul.

One of the main reasons for permadeath in this world is to create a fluid, believable story. In most books or other media when a secondary actor dies you may not even notice it. But when a main character dies, or someone otherwise important to the story, it’s noticeable. Chronicles of Elyria follows the same principle. If you’re a lowly peasant, a town blacksmith, or otherwise insignificant, Spirit Walking will likely come with very little Spirit loss. This is also true if you’re killed by an NPC or die in such a way that nobody knows about it.

In contrast, if you’re a well-known character with a large amount of Fame, you become an integral part of the story. As a result, Spirit Walking as someone who’s established themselves in the story comes with an extremely high Spirit cost, potentially enough to prevent you from making it back to your body. As a general guideline, the more famous or well established you are, the more likely you are to encounter permadeath. For example, a King is really famous. If the King is killed, “Long live the Queen!” 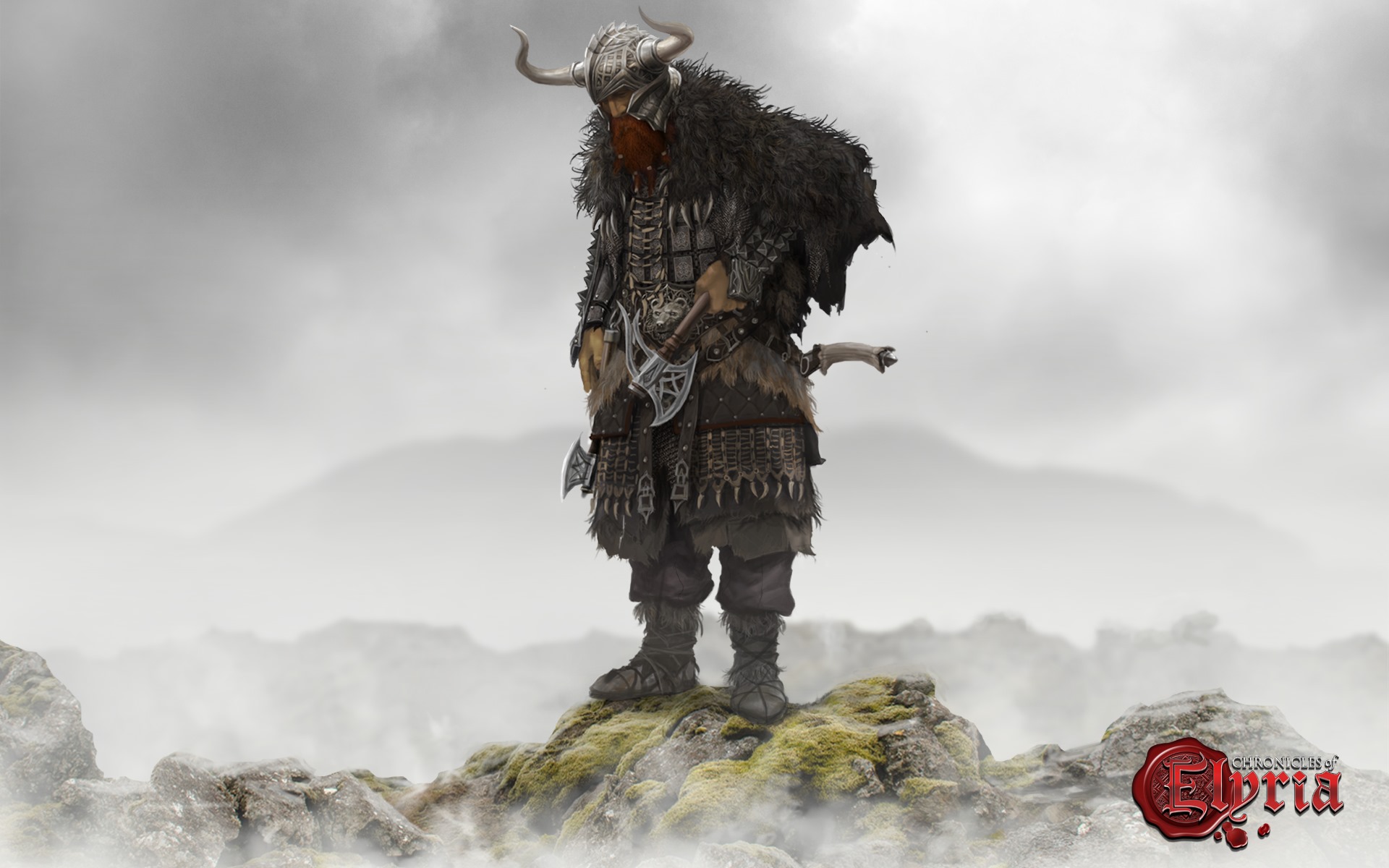 The final form of death in Chronicles of Elyria is permadeath. This is what happens when you Spirit Walk and are unable to make it back to your body. We’ll talk about this form of death exclusively next week.

Spirit Walking can be a scary experience. You’ve spent the last 8-10 months developing your character and now, for one reason or another, you find yourself wandering the Astral Plane. You know that your ability to continue playing this character is predicated on your ability to find your body, and to do so quickly. Fortunately, there’s a few things you can do to help guarantee your success.

While it doesn't shorten the distance you have to travel to your body, having your family around you gives you a reason to live and strengthens your bond to the mortal world. From a game mechanic standpoint having family within close proximity of your body while you Spirit Walk provides a small boost in the amount of time you have to make it back to your body and increases the visibility of the silver cord, making it easier to find your way back.

Also, as mentioned in a previous design journal, having your soul mate close by creates a permanent connection between you and your body, as your soul mate still resides within the mortal world. While it doesn't increase the amount of time allowed to get back to your body, it does make it so your connection remains strong and the cord will remain extremely visible. So long is your body is strong enough and you have sufficient time to return to your body, there's little risk of your soul getting lost in the ether.

In addition to the spirit bonuses that make it easier to find your way back to your body, there are also those that can provide additional aid through the use of a couple Talents. First, Mediums can talk to you through the process of Spirit Walking. If a Medium is brought to your body within a reasonable amount of time they can make a remote connection to your soul, strengthening the cord that connects you to the world and helping you find your way.

Finally, there are Planes Walkers. Planes Walking is an extremely rare Talent and hasn't been seen in several hundred years. Those with this Talent have the ability to transport themselves into the Astral Plane when near someone who is Spirit Walking. While in the Astral Plane they can guide you and aid you in any obstacles you may encounter.

A question people often have about being incapacitated or Spirit Walking is how that affects other players looting their body. There are three different types of looting in Chronicles of Elyria, each corresponding to a different type of death. The first, Quick Looting, is what you can do if someone is simply incapacitated. The second form of looting, called Inventory Looting, becomes available whenever someone is the victim of a coup de grace. The final form of looting, Corpse Looting, becomes possible any time the soul is unable to return to their host and the body becomes a corpse (permadeath).

It should be noted that looting a body, whether alive or dead, is a crime. If caught and arrested you’ll face charges for your actions. For your typical mundane items it may prove difficult to prove someone stole something from you, but more rare/valuable items or family heirlooms often have a sigil or mark on them identifying who the real owner is.

In the short period of time while someone is unconscious you have only enough time to grab a few quick things. In specific, you can cut the unconscious person’s purse and take any money they had, or you can take any items which they might have been carrying in their hands. This includes any animals they may have been guiding by the reins or riding (including pack animals).

What you won’t have time to do is unbuckle anything (this includes the belt & scabbard), remove any armor, rummage through their backpack, or otherwise search the body. Anything not in the coin purse, or held in their hands remains the property of the owner.

When someone is Spirit Walking you have a bit more time to grab items off their person. In addition to anything you could take while Quick Looting, you can unbuckle their belt to take their sword and scabbard, remove any rings or other jewelry they may be wearing, or take or rummage through their backpack to see if there’s anything of value.

The final form of looting is called Corpse Looting. Whenever you come across a corpse, you can take all items from the corpse. This isn’t just limited to items the corpse is wearing.

In next week’s design journal we’ll continue where this one left off by taking a look at permadeath. In specific, we’ll talk about why permadeath is essential in Chronicles of Elyria, the situations that can result in permadeath, and what happens to your stuff after you return to the Akashic Records.