Lords and Ladies, Gentlemenn and Gentlewomenn, this is it, the moment you’ve been waiting for! For the first time in gaming history, as far as we are aware, you will be able to vote on the world you will be inhabiting. Never before has this been done on this scale for a massive multiplayer online game. You have the chance to join us in making gaming history! Starting next week, pledged members of the Chronicles of Elyria community will be able to participate in one of the first major milestone events that will forever shape Elyria, for all servers across the world.

With this unprecedented approach, players will take part in a process that has traditionally been the domain of game designers. We're super excited to see what the players decide!!

To take part in map voting, you must:

For mobile users: While the map voting pages are mobile-friendly, we recommend using a desktop computer to view maps at maximum resolution.

All Chronicles of Elyria Terms of Use, Code of Conduct, and other guidelines and policies will apply to Server Map Voting.

The Map Voting page will allow you to:

Round 1 is defined as Map Pool Voting.

Only Selene (EU), Luna (NA-E) and Angelica (NA-W) servers will participate in the Map Pool Voting round. (This is because we are creating specialized archipelago maps for Oceanus (OCE)).

To ensure each server is given a selection of maps they like during round 2, while still giving people a voice in which maps they have available to them, we use the following process to determine the votes during round 1.

Note: Before round 2 begins, each account's available votes will be reset so there's no need to save votes in round 1.

How do I vote?

Having backers vote on the maps for the servers aligns with our community-centric development approach. It allows each server to be unique, right from the start, and sets the stage for the Dance of Dynasties, trade routes, enemies and allies, conflicts, and even weather patterns! It exemplifies what we've long said and what our community has come to believe - that Chronicles of Elyria is something new and different.

After both rounds of voting conclude, we will tally up the final results and post an announcement about which maps you have chosen on our website. That's right - you. Because while Elyria is a world being built for its inhabitants, it's inhabitants will have the ultimate say in what world they want to inhabit. Talk about terraforming!

So join us in 4 short days when Map Voting begins! We expect to see massive community engagement as players plot and plan and hope and dream, as they are empowered to make their personal vision of Elyria a reality.

If they missed the posted deadline, not a big deal to fix last minute bugs. What is missing is an official notice or new eta, so we don't keep pinging this site. Unless I missed that somewhere?

As usual, that seems to have been made on discord. Sigh.

Here's what Caspian said on Discord:

Hey folks. Just be patient. I'm working like crazy trying to get the duchy borders to render in our low-res map voting maps. I don't know if I'll be able to get it in time, but I'm trying.

Worst case scenario, I'll deploy this afternoon, and then continue working to get the duchy lines visible. You'll be able to see the maps, and can wait to vote until the duchy lines are visible if that's your interest.

So it should still be today. It sounds like they just had some last-minute changes they wanted to make before releasing the maps, and those changes took longer than expected, so they're taking a few hours to finish them before letting everyone in.

@ Imshada that was 3+ hours ago. Any new updates? Why are low res maps borderlines a massive fix? How big are these low res maps? 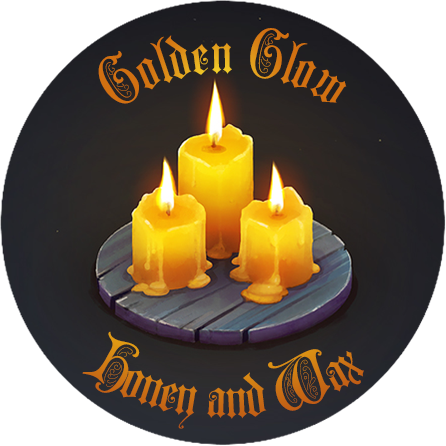 "Hey folks. I've tried like hell to get the duchy lines rendering correctly and the math is just not working out yet. I'm going to keep plugging away at it, but in the mean time, I'm going to table that work and get to final testing of the map voting site. I'll work to get the duchy lines added tomorrow, but for now, it's better that you have something to look at. So, it'll take some time for us to do final testing, deployment to staging and production, and then enabling the features. But, we're in the home stretch now. FWIW, the maps still look awesome and there will be plenty to talk about until we can get the duchy boundaries added. Thanks for your patience, everyone. "

Update from Caspian as of 3:42pm Pacific time today:

So, it'll take some time for us to do final testing, deployment to staging and production, and then enabling the features. But, we're in the home stretch now.

FWIW, the maps still look awesome and there will be plenty to talk about until we can get the duchy boundaries added. Thanks for your patience, everyone."

Lol, typed it all out and 2 people beat me to it :D

Not too much longer people.

Short of it is he will drop the maps soon, with kingdom boundaries, and you can either vote after he does that or you can abstain until he adds duchy lines. Remember we still have 11 days of voting!

Has anyone been able to vote yet? I'm getting 404'd when I try to visit the map page...

edit: just caught the latest news. Patience seems to be the key!

no discord at work, updates to be posted here I hope

Anybody notice the caption under the CREATE A MAP screenshot in the media section says: It is up to you to "explose" the world of Elyria and document the land.

Apparently, there are all sorts of problems involving maps.

Maybe there whoever wrote that had a brain hiccup and merged "Expose" with "Explore"?

here's hoping it's ready tomorrow. gotta head to bed. rather them take their time to make it great then send us something buggy and broken

Mighty gear for the Mighty Menn

somethings happening. COE Website went down for a sec btw the link has not been updated

The Devs are aware that the link isn't working. They are currently working hard on getting something out. Please be patient and check Serpentius' post for further information on the current update. More information will come if there is some or the release will happen. <3 be patient ^.^