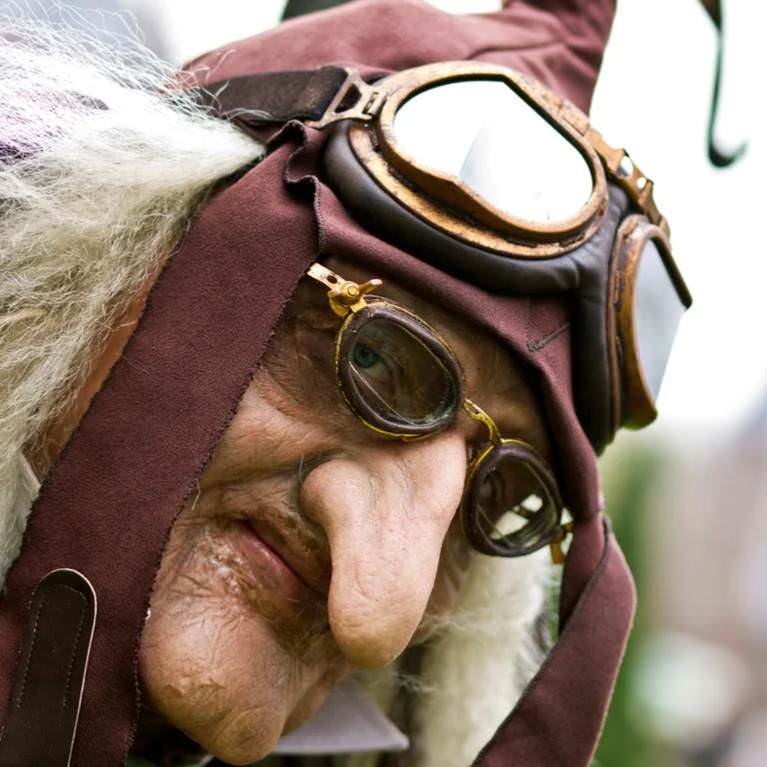 The merry town of drink and innovation, or as some in the Inn would say "We drink and we know things!"

I am Count Miothadil of House Eruwaen, but you may call me Mio when we share a mead. Of course there is more to Escalante then jolly drunks will remember to tell you, so allow me.
Let's start with the basics shall we:

Just where in Elyria is this place!

Escalante lies in the rural county of Miruvell. Those that see the city on the horizon for the first time are often startled to find such a place among the core agricultural counties of the Duchy. As the capital of county Miruvell some of Escalante's experimental architecture remains unique to the region.

Those that approach the city, however, soon discover that Escalante has managed to retain that essence of untethered pastoral bliss that is sought after by so many.
In fact they might be startled even more to learn that they crossed into Escalante's territory a good while earlier. For it's rural outskirts and peaceful farms blend seamlessly with the agricultural theme of the rest of county Miruvell.

Escalante and County Miruvell at large are home to a wide range of people with as wide a range of occupations as one could imagine in such a region, where life is good. Agriculture being the thread that runs through it all. As such, the most fertile fields and pastures of the Grasslands biome are paramount to the County. And any wood that the carefully tended and planted trees in this open biome may yield will be welcomed by construction and a myriad of other uses. 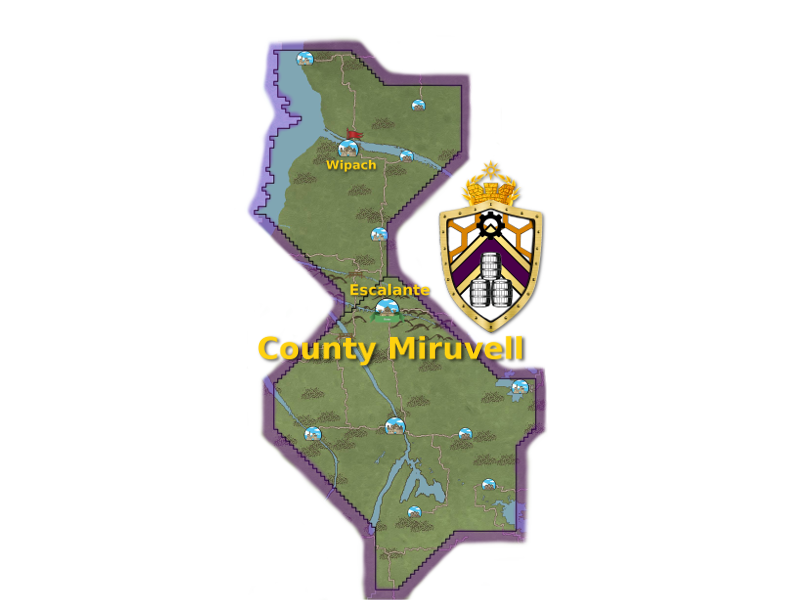 Much can be said about the history of Escalante, and indeed much has, as is evident from the following excerpt copied from House Eruwaen's family archives.

(But for those of you with less scholarly inclinations, feel free to skip ahead and read what Escalante is all about)

Plague Born, the founding of the City of Escalante

...House Eruwaen came to these lands when the searing plague first reared it's ugly head 600 years ago.
At that time Mayor Miothadil's direct ancestor was but a humble tinkerer of sorts. The faiths would have it that he was on his way back home from a long journey when news of the plague reached him.

Records of that turbulent time are sporadic, but it appears he wisely decided to avoid population centers. While he used his skills to learn as much as he could about the plague in something of a mobile laboratory. For a time he worked as a herbalist in this capacity, but eventually he could no longer deny that he would advance research into a potential cure much faster within a group.

He managed to join several, taking every precaution he could think of to avoid getting infected. Soon he was trusted to a position of Sage. This in a time when even the Mayors of the towns he visited fell ill. And as we now know it is because of one such afflicted Mayor, whose name was sadly lost to time, that he came to be appointed temporary regent at the height of chaos.

Despite the ever growing despair, many battles had been won against the plague at that point and several advances were snatched from the bloody clutches of death. Things we deem simple and obvious now but that still save lives every day.

They were stemming the tide, at great cost. That's when the call came; They were to push the advantage before all was lost and their efforts rendered moot. To enter the streets and fight the disease with their bare hands if need be. And it is recorded that the Mayor's ancestor reviewed the data one last time before he too donned the plague doctors gear and silently took to the streets without hesitation.

One can scarcely imagine the horrors those brave menn and womann must have seen. It is then, so near the end, that tragedy struck and he was himself infected. But still he soldiered on. Until at last the sickness was driven from the lands and he was nurtured back to health among a group of befriended refugees.

They chose to start anew, on good clean earth, away from the memories of death and burning flesh. And this initial hamlet is what grew into the Escalante we know today. It's name chosen to be a beacon of hope and an invitation to climb the ladder out of despair and chaos and into greatness under the Anor Sun. The temporary leadership was turned into a permanent title for services rendered in time of crisis and during the resettlement. And House Eruwaen has served Escalante and it's best interests ever since.

WHAT'S ESCALANTE ALL ABOUT?

When the city elders asked themselves this question it became immediately apparent there were several diverse interests among them. Committed as they were to establishing a stable unity however, they soon found common ground. And it was thus decided the city would focus it's efforts on the following 4 basic pillars in roughly equal measure:

In keeping with the rest of the agricultural core counties, Escalante will produce food well in excess of what is consumed locally. Specializing in crops that naturally keep well and those that can be prepared for export and trade within the Duchy.

The production of alcoholic beverages, from growing and processing the ingredients down to fermenting and/or distilling and sale of the much imbibed end products. Anorians love their booze and Escalante is home to Shmead's Mead. The finest quality golden nectar produced by local beekeeper Lakewood and famous throughout the Duchy.

Shmead's Mead has been made in Escalante for many generations and takes it's name from the local folklore figure known only as Shmead. An infamous character around these parts that's shrouded in mystery. At night it's not uncommon to hear his tale whispered to a huddled crowd around the dancing flames of the inn's hearth. And it's hard to find a citizen who doesn't have an opinion on the topic of Shmead.

But Escalante does not limit itself to just mead, several other types of alcohol are produced here as well. With a preference for using ingredients that by themselves also contribute to diversifying the local diet.
Leading to several vineyards for wine and orchards for apple cider for example. But the resourceful citizens of Escalante can be expected to try and ferment and distill any crop at least once.

House Eruwaen has had a long history as tinkerers and Menn of science. As recently appointed Master of Education on the Grand Council of the Duchy of Anor, I am no exception.
I have a great interest in all things science and as Mayor of Escalante I too will endeavour to innovate and improve the local industries.

Although the University of Anor in the Capital of Dawn's Reach is the centre of all scientific discovery within the Duchy, I believe the spark of genius might best be stimulated by exposure to the daily activities and instruments of the occupations one seeks to improve upon.

Escalante is therefore a hot bed of Tinkering and Alchemy alongside all other occupations. Combining their instruments and Escalante's industrial byproducts in interesting new ways. While risking the occasional rapid unscheduled catastrophic deconstruction no doubt.

For we can't run without first learning how to walk. And Tinkering and Alchemy have the greatest potential to eventually yield the most interesting scientific discoveries applicable to the widest spread of occupations. Including breakthroughs in other championed sciences such as medical, astronomy and archaeology. All of which of course needing to be recorded by scribes and cross-referenced by scholars in close cooperation with the University of Anor.

While the three pillars described above might give meaning and direction, Escalante would be nothing without it's heart. The framework around which the rest is made possible.

These are the occupations that are crucial for city life, such as the bakers, blacksmiths, innkeepers, guards, stable hands, etc up to and including the person that provides the candles that illuminate the city at night.
While it is improbable for Escalante to attract or house every occupation known to Mann and achieve true self-sufficiency, we nevertheless seek to do as much ourselves as we reasonable can efficiently.

The goal of self-sufficiency here is therefore not to isolate ourselves from the rest of the world, but to adjust ourselves to the local niche of available resources. So we may fend for ourselves as much as possible and survive when faced with no other choice. In order to protect the seat of county. And to fill in our weaknesses with trade and aid from our friends in Anor. As we will do for them, in their hour of need.

SOUNDS LIKE A GREAT PLACE TO LIVE, HOW CAN I HELP?

Great! All are welcome in Escalante and as we are still growing, any occupation you can think of is probably available and needed.

Taking a look at the four pillars outlined above, we have an especially high need for more farmers, menn of science and can always use more of any of the city's support occupations. So if you have an idea of the kind of life you would like to lead in Escalante, let us know and we'll be sure to help you get settled.

We're also aware there are still many unknowns and things that may change in the future. And although we try not to make any overly bold and fictitious claims, this may still mean we will have to alter our plans somewhat in the future.

In Anor however, we believe we are in this together. And together we will build this great community. So if come domain selection a place for you cannot be found in one settlement, we will work with you to find you a fitting home elsewhere in Anor. As the capital of Miruvell, this is not anticipated to be a problem for Escalante.

If you wish to join the City of Escalante and become one of it's Citizens then please feel free to join the Duchy of Anor Discord. Please click the Discord image above to gain entry. Thank you.

I hope the tinkering in Escalante will give reason for cooperative efforts in finding more effective and efficient bows and arrows. The bowyers of House Wulfcyn will be happy to keep an eye out on what's coming from your tinkerer's workshoppes and willing to consider common projects and investments.

Let's drink and know things together!

The Shmead is strong in this Anorian city. Whether House Olgwein's business will be in mining or paper, we will certainly find reason enough to seek out both Escalante's master tinkerers and brewers.

The creation of a thousand forests is in one acorn

Thank you both! looking forward to our future trading and Shmead drinking together.

Escalante's name has been approved and can be found in the Kingdom of Al'khezam, Duchy of Anor, in the hills of County Miruvell!