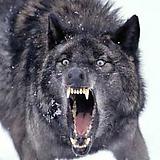 I have a Count package and my wife has a Mayor (and currently doesn't want anything higher).

During dutch auction coming up I place my wifes settlement in the unclaimed county next to mine, and then buy that county (effectively upgrading my wife to Count).

My question is, could my wife at some point transfer the title to me (keeping her Mayor status) and i then merge the two counties into one? After reading that link below, I know its possible, i'm just not sure of the exact path, whether i can do this as part of dss or whether I need to wait for Sedicim and the game to actually launch before it can be done.

(use Chrome, IE has issues displaying properly it seems). https://www.reddit.com/r/ChroniclesOfElyria/comments/a170gr/solvingtitleproblemstitlelimits_rules/ean6wdf/

You might have to wait until the first Sedecim, which happens after launch, to merge the two domains. You will need the support of your peers (other counts) and lord (the duke) to go through with any border changes, including domain merges.

There will be a chance to will ones domain to someone else before that apparently, but I'm not sure if that will allow you to merge domains or even be possible to will to someone who already have a title.

The next in the title process for transferring them over would be "willing" them, as described by Caspian here:

3). Willing. Because not everyone wants to play all of their titles, we're giving people the ability to will away their titles to other. This is something that can be done after domain / settlement selection. The person who owns the title chain will participate in domain / settlement selection, will pick their settlements and any domains, and then can, at their discretion give some or all of their titles over to other people. In doing so they forfeit all rights to the titles they held.

Willing the title over will not merge the domains together however, and will require a Sedecim to change the county land boundaries.

There is no ETA on when it will be available, but I suspect it will be sometime before it will be ready.

Thanks for the replies guys, much appreciated.

One last question... (i think)

Does my wifes and mine Counts getting married change or add anything to the process of gaining and merging our counties into one?

One last question... (i think)

Does my wifes and mine Counts getting married change or add anything to the process of gaining and merging our counties into one?

It doesn't change/or add anything if one marries in-game to merge land boundaries, it will still require a Sedecim later on to get it formed in one domain.

Is this supposed to be a majority 51% vote, or a 100% agreement between all mayors/counts?