The Royal Ship Assembly of Nirath

The Royal Ship Assembly is a Shipwrights Guild which has opened its door in the Kingdom of Nirath. The guild was founded by Count Audran and its focus is the research and construction of ships. It is the Count’s dream that through him and the guild, the first ships which can withstand the open seas will come from one of their shipyards.

Hence the guild is now recruiting any crafters and producers whom are needed for the construction of ships:

The guild will be organised by ranks as follow:

As the name implies the guild will have the support of the Crown of Nirath. This will prove to be an important factor in ensuring the longevity of the guild, along with it's capacity to fully fund its projects and workers alike.

The best way to join right now is replying here or even better finding me in IRC (I’m always connected there), or on Nirath's discord channel.

Join the guild and together we will make the best shipwright in the history of Elyria!! 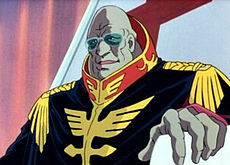 Have you considered the benefits of membership in the ETA? Especially regarding the linking of craftsmen and materials.

Regardless of whether or not you consider membership I suspect that we will be customers of the RSA in the not so distant future.

((Not to mention that as someone who studied naval architecture for my first degree I support you whole heartedly :D ))

For now, I'm not planning on join any group besides the Nirath. But I won't outright discard anything.

Thanks for the offer!

As a fellow Nirathi I would like to offer congrats on an excellent idea, I love the thought of a shipwrights guild.

I can't speak officially but I know several of us in your neighbouring county of Thunormore are very interested in seafaring and ship building. If you talk with Thor he may be interested in the possibility of you opening an office in Wenport. As a local baron whose stronghold will hopefully guard Wenport I will certainly support you setting up shop in the city.

I would certainly encourage any of my own craftsmen to become members in a shipbuilding organisation.

If you would consider going NA then I know a good place for you. The Kingdom of Dol Aderyn has an established Navy and could certainly benefit from your group. We have quite a few EU members, including our queen. Last I checked we have over 200 members.

If you have any interest, check out our recruitment post here: https://chroniclesofelyria.com/forum/Guild-Recruitmet/2511-NA-The-Kingdom-of-Dol-Aderyn

Or hop on our public discord channel here: https://discord.gg/0qQgX9I1fo08INk6

For information about our Navy, speak with the Admiral.

Thank you Trog.Rest asured that your Lord and I talk on daily basis.

For now,I'm not looking to expand.First I need to consolidate the GUild. As I told Thor, any member of your House is welcome to join the Assembly without the need of changing affiliattion to My House.

Thank you Xaelic. I'm not planning on moving to NA.

I figured as much Rhaegys, just wanted to declare my interest and support :). I wish you good luck with your project, Lord of the lordiness :D

We should talk about business Rhaegys, I think we can have some agreements to help our counties (and I'm always interested in naval things)

We sure do! :) I will need people and resources. I think we can arrange something!

The RSA is still looking for people. If you are interesting in a seafearing life, want to be a crafter and researcher that would help with the exploration of the world, we want you!

Also, remember that the guild is sponsored by the Kingdom of Nirath and it will have ample support.

This looks really interesting! I wish it good luck. :3

The Falcons guild will naturally help out with the protection of your gatherers while out in the woods since we will be in the region, also we will scout out rare trees for you, to make even better ships, with which we can sail the open seas, so we can get into even bigger adventures. Ab/Ex uno disce omnes-- From One Person, Learn All People