Caspian, there is a lot of questioning about when the paypal store will be up, on the forums and discord. Can you please give us an update? In this instance, the "Silence is golden" rule does NOT apply. Even if you don't have a firm date, just an update of hurdles that are left, and a rough timeframe would be something.

EDIT:From Caeoltori (actual post is at the bottom of page 4)

Hey everyone! Tori here. For those unaware I'm the Community Manager as of around May 10th, 2016, as Miguel (Souzou) had moved to the dev team. And yes, I am a college student and most active in the evenings :)

Regarding updates: While there hasn't been anything official posted in the Kickstarter updates, Jeromy (Caspian) had thanked the community in the Kickstarter comments and we have been active in the IRC and forums (you can find staff/moderator posts beneath the recent threads). Despite this, we realize we've been rather quiet on other mediums and will work to rectify that. We do apologize for the silence -- it's been rather hectic rushing to get things ready.

For one, the difference in time zones slows discussion between the team and our lawyers a bit -- international payments have somewhat different legalities involved than the U.S. and we just want to make sure that we're doing things right. We're also currently ironing out some kinks in the payment processing platform that we're using; for example if somebody pledges at a tier, redeems their IP, and then asks for a refund, we need to account for that and work out a way to resolve that issue.

Additionally, it takes approximately two (2) to three (3) weeks for us to receive the funds we'd raised from Kickstarter once the campaign has concluded. This includes the 7-day grace period allowed for those whose pledges had not gone through to correct their payments before their pledges are dropped. We cannot provide any definitive dates, but the survey should be sent out to our backers once everything has been worked out and the funds have been transferred.

Our artists have also been keeping busy with creating assets for the store, and have been working with the Outreach team to put together a fan kit the community could use on their own fan sites. This includes various forms of media such as concept art, screenshots, logos, videos, audio files, and design assets that are acceptable for use. Due to legal reasons and in the effort to make a clear distinction between official websites and fan-made websites, some assets and logos (like anything involving the Soulbound soulstone, for example) are not available for community use.

This isn't everything that we're working on, but hopefully this little update helps tide you guys over until something can be released in a more official capacity.

It's not his job man, who is the community person? I don't want Caspian looking up from his desk unless it is to pluck a grape from the tray next to him that an unpaid intern as been standing their and holding for hours. Maybe put a few nice cuts of cheese on their and crackers. A pitcher of some cool and refreshing drink... Hot tea maybe. Caspian ain't got time for that.

Nothing is more difficult, and therefore more precious, than to be able to decide. ~Napoleon Bonaparte Friend Code: 27AA6C

Last time I saw they had no community manager, only Caspian on here telling us that answering forum questions is wasting his time from developing the game.

True, but who is the community person? All I've ever seen mentioned is Caspian. You got a name, I'll change it.

Have you watched the DM21 youtube videos with Bicycle Walrus? There are many and even the videos where they are not interviewing Caspian....he is often providing feedback online to them during the live session so Walrus guy provides Caspian's commentary on their conversations about the game.

There are lots of updates and honest questions and answers about the development of the game all through those videos.

Oh to be fed grapes, crackers and cheese by an unpaid intern....a second with a palm tree leaf fanning me.

Incorrect. There is a community manager (gold name). Forgot who it is but they are a college student and are more active in the evenings.

And the comment about wasting time was directed at a brick who kept stating caspian didn't know how to develope a mmo and was lying Ext. Which I actually agree arguing with a stump is a waste of time.

As to the OP the new site is coming soon(tm). Best guess is within the next month or so. It will take up to 3 weeks from the close of KS for them to get SS the backer information for the surveys. After that with all the badges and such if imagine that will go live on the new site.

Not true. Check the Staff Posts part of the Community Forums.

I bet you if they asked the community their would be unpaid volunteers that could help. And we would get trickles of info and they wouldn't have additional cost or wasted time.

Nothing is more difficult, and therefore more precious, than to be able to decide. ~Napoleon Bonaparte Friend Code: 27AA6C 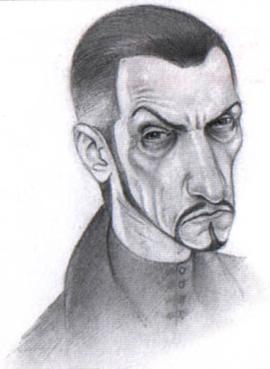 I believe, someone has been responding to some of the posts. Long to short,

Theres a 7 day grace period till the surveys come out, which they will be doing in batches. So it could be a while, I suspect till that's over we won't see a new website. as for the store there was a post on one of the threads saying yesterday (?) as they where doing a deal with a company that does webstores or something similar (paypal ext). Not sure what happened to that but i suspect we won't see anything till the new website.

I know originally the planned date, was 6 June, this past Monday. Since then there has been one post about lawyers doing their thing, and nothing else. A lot of people have said that they have to wait until KS surveys are sent, which is a contradiction with the 6 June date. Since everything from the community is a guess, and I haven't seen a community manager who should be able to give us facts, I decided to ask the man in charge who has the facts. Right now there is innuendo and rumor with little facts coming from those who know FACTS i.e. company employees.

You do realize any dates given for anything during the development of a game not just mmos are just WAGs right?

My point is they will update when they know something. Maybe problems integrating or migrating log in info. Who knows. If they responded now more than likely it would be Soon(tm).

I've followed a number of mmos from idea to finished product and have seen two camps when it comes to updates. Those who wait to give an update till things are tied down and set in stone. These are the ones who use soon(tm) the most and are criticized for it. And those who give dates and then have to push them back for various reasons and are criticized for that too.

In short nothing SS does from this point on will please everyone so best bet is to wait and not call out the devs. Since they will release info on their own time table.

The 6th of June date was spread by the community, not by the devs. All they've ever stated was the 2-3 week time frame for KS funds to be allocated, after which they will create and send surveys, and waiting on deals with lawyers to finalize.

Edit: Scroll down a bit for the most recent Dev post.

We NEED Regular updates! Something like 'every wednesday we will post the week update' because after the KS daily updates this silence is really weird...

I am not asking for videos and troublesome stuff like that just something like 'we did this and that this week and plan to do that and this this week'.