Will food and drink play any role in the health of your character? Will alcohol or other substances be a part of this game? If so how will it effect your character both immediately and long term?

Do characters have to sleep?

you know, this gives me an idea. I am new to this concept and game but you know what would be cool? if you could put in some kinds of drugs that lessen your life span but give buffs for a certain amount of time, then you lose even more years if you dont take it for a while, ( this is so able to change and be all together rejected but anyways example: you take some drug and lose 5 "years" then for the next 4 real life days you get a speed boost that slowly decays in those days but for the next 4 days you lose 3 years a day unless you take the drug again.... just an example so does not have to be exact) but i really think it would be cool to have a drug in the game that gives a really good reward and an equal but secretly worse penalty.  This game sounds awesome by the way, thought id say. 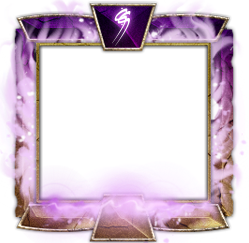 While characters are in-town, we won't require the need for either sleep or eat to keep up health and stamina.

Outside of towns, however, things get interesting.  We've already mentioned that we're tied to realism, and sleep is an important part of that.  We plan to require a rest period when out adventuring to handle the need for sleep.  This means that you'll need supplies for a journey, and potentially a set of guards who can take the night shift.

Sleep: a nice way to "cap" the time people play and avoid the game from sucking people's life in ahahaha

Food/Drinks: not a big fan of having to eat an apple every X minutes... Meh...

Medicina/Substances: I do like the idea of having buffs that reduce ur life span but increase ur performance. The same way, substances that counter-act poisons and other possible health issues. This could take Alchemy-like-crafting into a whole new depth!

*biased here, as its my professional area, but still, would be truly interesting (i think it's metal gear solid that has some of these features... if i recall.... i think lol. And it was actually fun, having to take the bullet out with ur knife XD) Just roaming my thoughts out... Maybe some might be usefull

Not sure how I feel about needing to sleep in an MMO.  General RPGs are fine because you're not playing with other people, but in an online environment it could cause issues.  Especially if you’re partaking in an adventure with a group of friends and then all of a sudden “hold up chaps, I need a nap”.

I guess it comes down to how you implement it really but in my mind it may cause a few issues if not done correctly.

Just saying but I LOVE the idea even more since you said it could take alchemy to a new level. Also I looked up some midieval drugs and found: Belladonna, put on eyes to see the land of the dead, maybe turns everything a lighter color when used and you gain night vision?... Opium, suposed to make brain work faster?? not for sure on that, but maybe skill point increases?... Mandrake, suposed to impower the user or something along those lines?? maybe it increases fighting or something.... i really just did the research for fun but it might help out developers if they were considedering this?

I like the idea of needing to camp while out of town - otherwise you (and your mounts) suffer increased fatigue.  And, I love the idea of enviromental factors impacting things like fatigue, cold, overheating, etc....

Camps should provide a way to rest, eat, and recover from environmental factors.  To allieve some tedium that may set in, players should be able to craft, study, practice, play/compose ballads, play minigames - cheese, daggers/darts, arm wrestling, etc....

I'm not sure about having your character actually sleep while you're playing them though - unless there is something for the player to do while the character naps.  I could see Offline Player Characters sleeping at camps, but this brings up another issue of them being attacked while in the wilderness.  Are Offline Player Characters allowed to be in combat, get injured, or die?

Ah, Reminds me of the early SWG when Fatigue would build up and you needed a Ranger who could set up awesome camps with fires you could rest by.

If adventuring is gonna mean anything in this game, fatigue and the need to rest should be a part of it. Besudes elements of danger it should be hard to take a long road because people tend to not get imitated easily in game, well because it's only a game. But if the road becomes a very long even boring at some point journey with no prizes guaranteed,  that you have to hunt, camp, sleep and stay unguard and face the lack of sleep (probably debuffs) then not everyone would be willing to pack their bags and leave their warm homes for an adventure. Adventurers and explorers would matter in the game.

That's a good point Alkahest.  Makes me think there could be a need for people with hunting, tracking, and survival skills (Rangers) to explore the trackless wilds and mark out places of interest - abandoned ruins, crypts, monster lairs, and sell this information to adventurers.   It's a good profession for someone who likes to explore and prefers to play solo.

Now you're getting it, Lordnym ;)

Where would we be if it hadn't been for people like Lewis & Clark?

True, but I think you'd also need a system in place to facilitate such transactions.  Like a posting board in an inn - similar to an auction house in other mmo's.  Let players bid on the information.

Of course, you'd need some way to determine how valuable that information is.  This is something that can be affected by the "Ranger's" skills.  Let's take a scenario of a dark cave, found high in the mountains by two different players. Player 1 is a young, rather unskilled ranger-type character, just starting out; while Player 2 is a veteran pathfinder.

Player 1 notices the cave and inscribes the location on a map so that he can later post the information for sale.  He searches the area outside and notes the few details he sees around the cave entrance- it's littered with both large animal and human remains.  He decides to venture inside and discovers that there are large scales scattered on the dirt floor.  He decides that he has enough information and finishes his map and leaves.  He appraises the information and figures the value of treasure here is likely to be about 500gp.

Player 2 notices the same cave and searches the area outside.  He notes the bones of deer, boar, and even bears, in addition to the human remains.   Venturing inside he notes the many wyrm scales littering the floor, and judging from the size he can tell that they come from two separate creatures.  One specimen is about 40 feet in length, while the other less than 6 feet.  A mother and offspring.  Like a prowling cat he moves further into the cave, and detects a faint whiff of chlorine - these particular wyrms can expel a type of poisonous gas.   He makes a note of this, and what precautions would-be adventurers should take.  He rounds a corner, the scent of chlorine is heavy in the air as he stares into a small cavern.  A shaft of light shining from a natural hole in the rock above sends scintillating shimmers across the waves of a small underground lake.  There is no sign of the wyrms, they are probably resting below the waters.  However, a pile of gold and gems rests by the shore.  A decent sized hoard. He quickly appraise it at roughly 500gp. Tempting, but he knows that disturbing the pile would instantly bring the wyrms crashing to the surface, and he’s not ready for such a confrontation.  He instead retreats back to the mouth of the cave and finishes his notes.  He estimates the total value of the gold, plus crafting and alchemical components (scales, skin, bile glands, heart, etc...) to be roughly 1500gp

Now, there needs to be some way to compare the worth of this information to potential buyers, even if the location is the same. Something like:

thoughts?.....AWESOME i agree. and i need someone like person 2 in my family. if its anything like you, JOIN ME

Thanks kingfisher!  I'm hoping there's going to be huge variety of skillsets, and an even greater variety of ways to combine them into a useful careers/professions/classes - whatever you want to call them.

The traditional classes: Fighter, Thief, Wizard, Cleric, Ranger, Paladin, Druid, Barbarian, Monk, etc... all could be thematically recreated (and personalized) based on what skills and talents you take.  But then, think of professions like Bounty Hunter, Assassin, Spy, Swashbuckler, With Hunter, Vampire Slayer, Dragonslayer, Giant Killer, Ninja, Necromancer, Pyromancer, etc...etc... That you could also pursue based on your own unique combination of skills and talents.

Just need the groundwork/systems in place to ensure that, as an "employer", you can find the right people for the job you need done, and as an "employee", be sure you can advertise your availablity and browse for jobs that fit your talents and skills.