We return to the tavern, weary and battle-worn, at the end of another adventure! It’s time to reflect on what we’ve accomplished over a flagon and the sounds of a roaring hearth and a lively crowd.

Nigh a month ago, we embarked on our new adventure, release 0.3.0. We set our sights on the task of readying the world for the adventures – and the adventurers – to come. We were, in essence, working to bring the pre-alpha experience to fruition so that Elyria would be ready for the wave of alpha testers that will be invading our servers soon.

Pardon my indulgence as I share some of the things we’ve accomplished, won’t you?

When we began this adventure, Brizanda was the newest member of the party. We knew of her exploits, but she was untested. Unblooded, if you will. In the time since, she has more than proven her prowess. Her quest this adventure was to build the foundation of the knowledge, gossip, and conversation system as seen by players – the chat interface. As Vye mentioned in her Design Journal on Communication, chat in Chronicles of Elyria is a more complex beast than you might find in your typical MMO, but these complexities meant little in the face of Brizanda’s determination and skill. Behold, chat in VoxElyria: 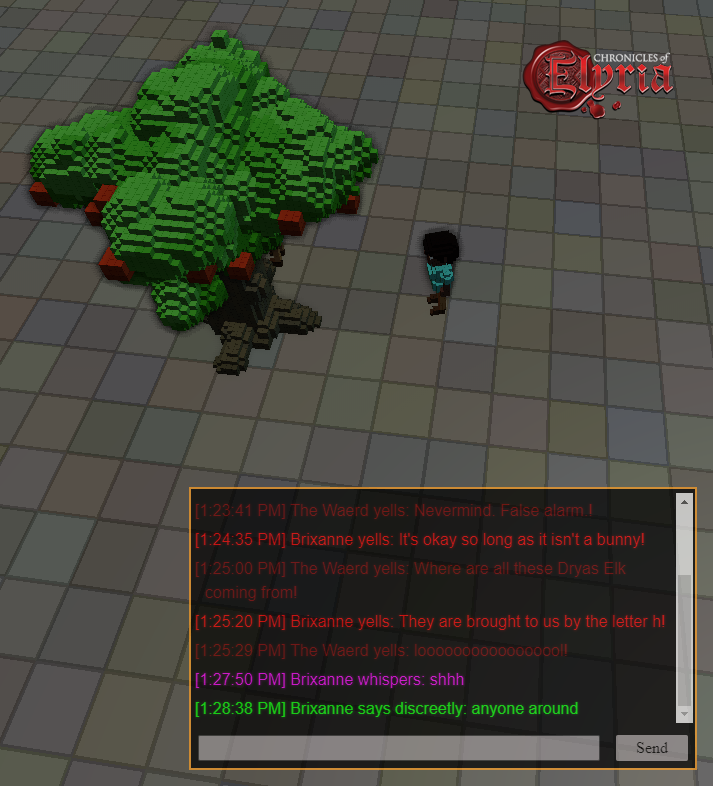 Brizanda wasn’t the only member of the engineering guild to join us on this adventure, of course. With Caspian at the helm, the engineering guild performed several technical feats to enhance the stability and performance of the servers and client. Our goal is to ensure that the system can smoothly scale with the addition of new players and so we set out to focus on improving client-side prediction for a better client-side look, and on stabilizing and optimizing the server stack. While that work will be ongoing throughout our campaign, the guild made good progress, readying us for the coming alpha tests. I’m not going to lie, most of our party is populated by overachievers, so sure, they did the deed but, while they were at it, they also threw in with the design guild to help us in building prototypes for upcoming systems. That’s honestly the best part about this team; no one’s afraid to step up and everyone wants to lend a helping hand.

Speaking of the design guild, our quest this adventure was nothing short of the realization of the world. Whether it was working out the systems governing the enrichment of soil and the growth of plants, working with the content team to help define the cultural elements of tribes, or authoring the reams of data necessary to bring each biome’s flora and fauna to life, we rose to the challenge. And, trust me, at this point you can’t ask Souzou a question about deserts, forests, shrublands, or wetlands he hasn’t already researched. Actually, if you really want to make Souzou happy, ask him about soil. Ask him anything about soil. Trust me. ;) 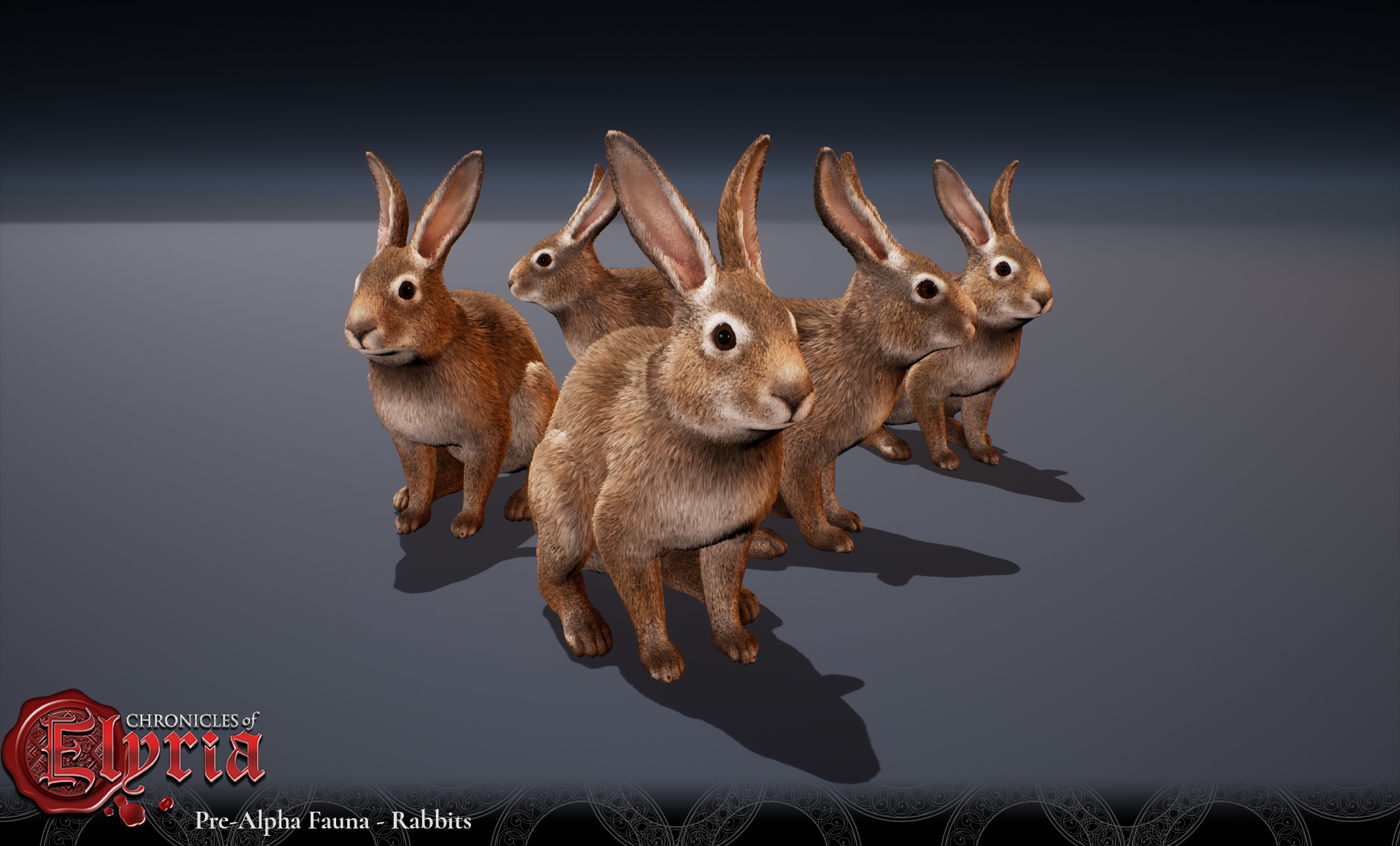 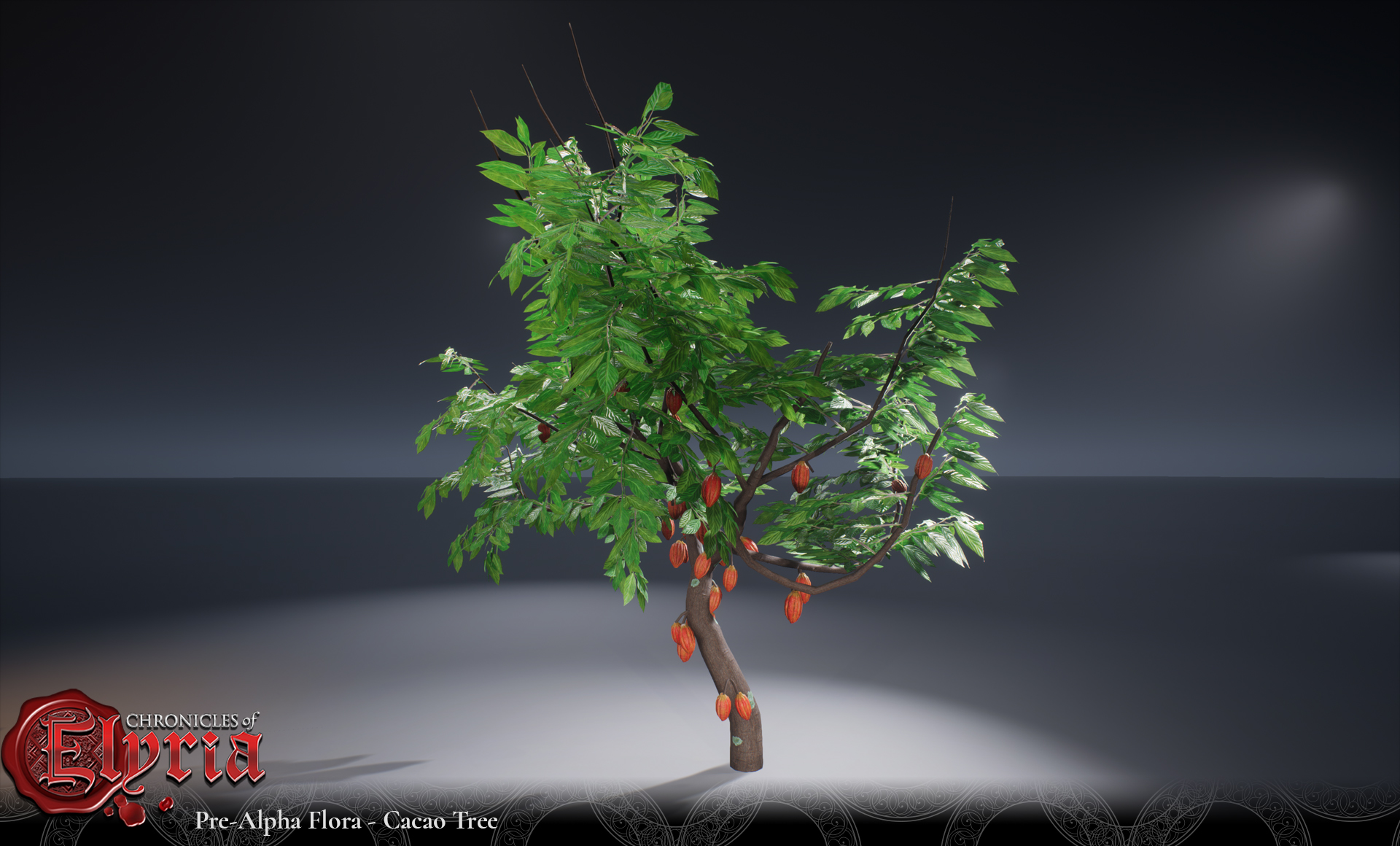 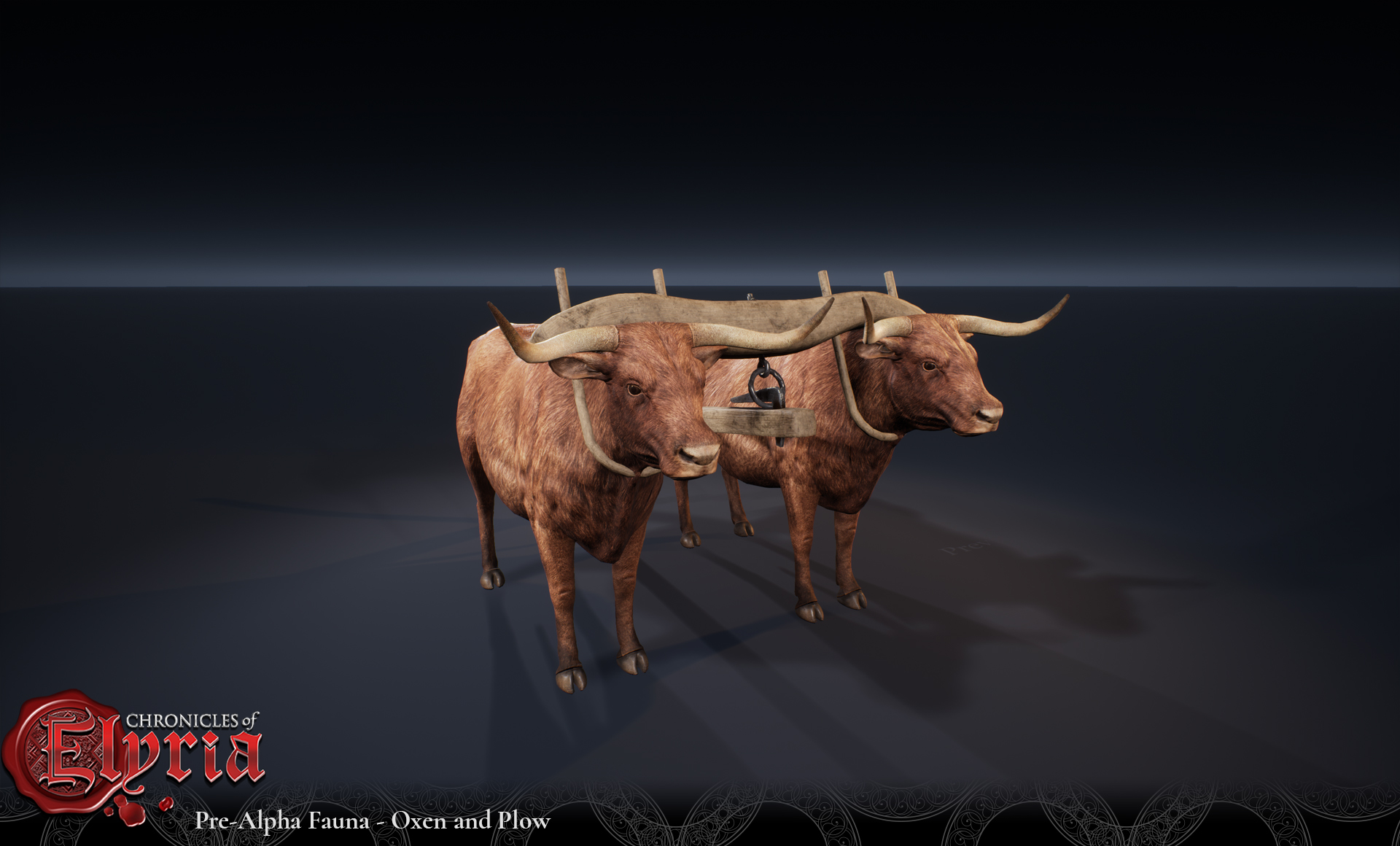 And finally, the biggest challenge of this adventure was, without question, the task of bringing more of Elyria to life. Between finalizing and expanding on cultural lore, aesthetics, and tradecraft across all of our tribes and building the creatures, tools, and other elements used in day to day life, the physical presence of Elyria has expanded quite a bit. We will no doubt return to this in our next adventure; the world is vast and our party can only trek so far each adventure. But, despite the – in some cases literal – mountains of labor related to this challenge, we returned with victory in hand. Judge for yourself: 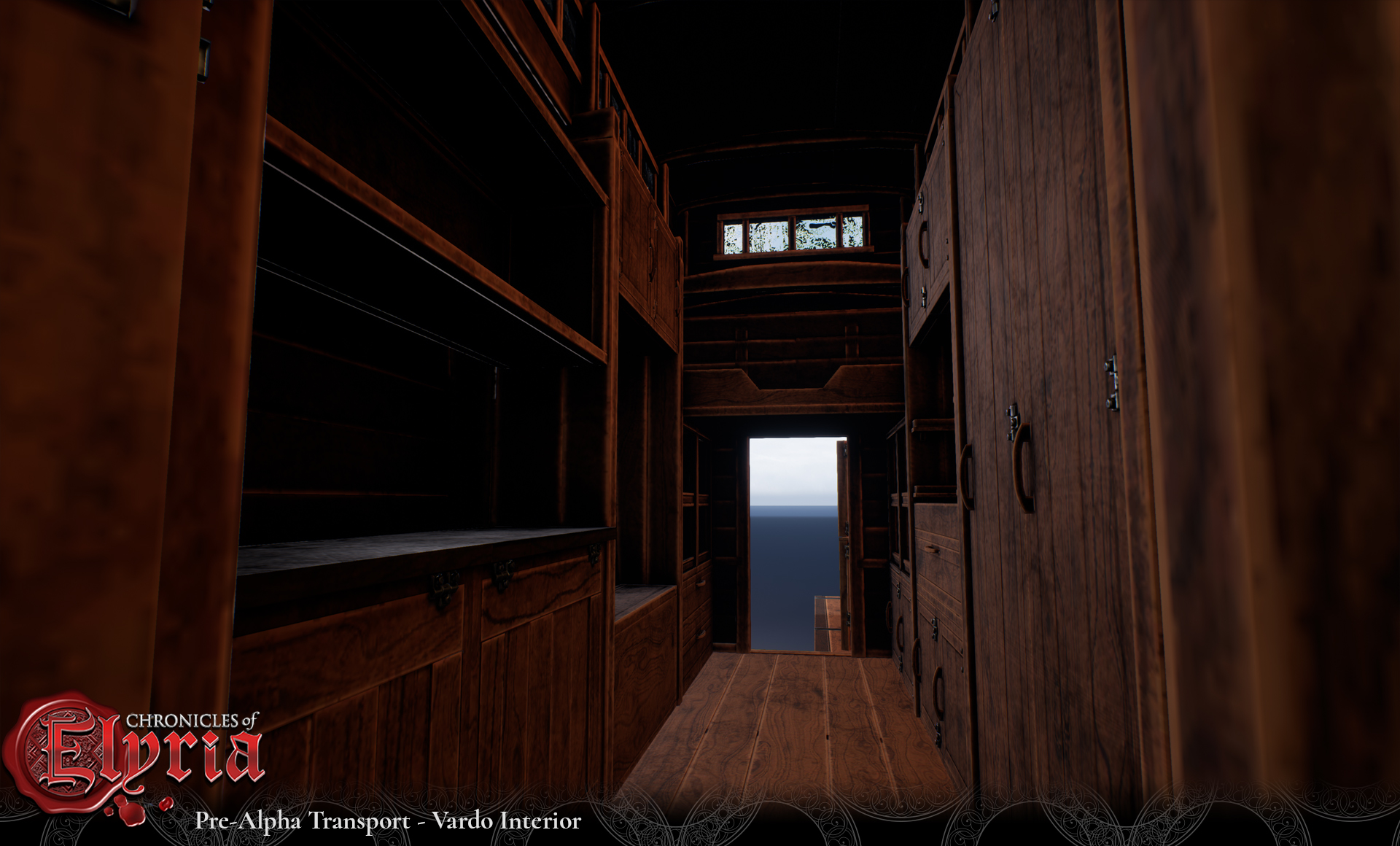 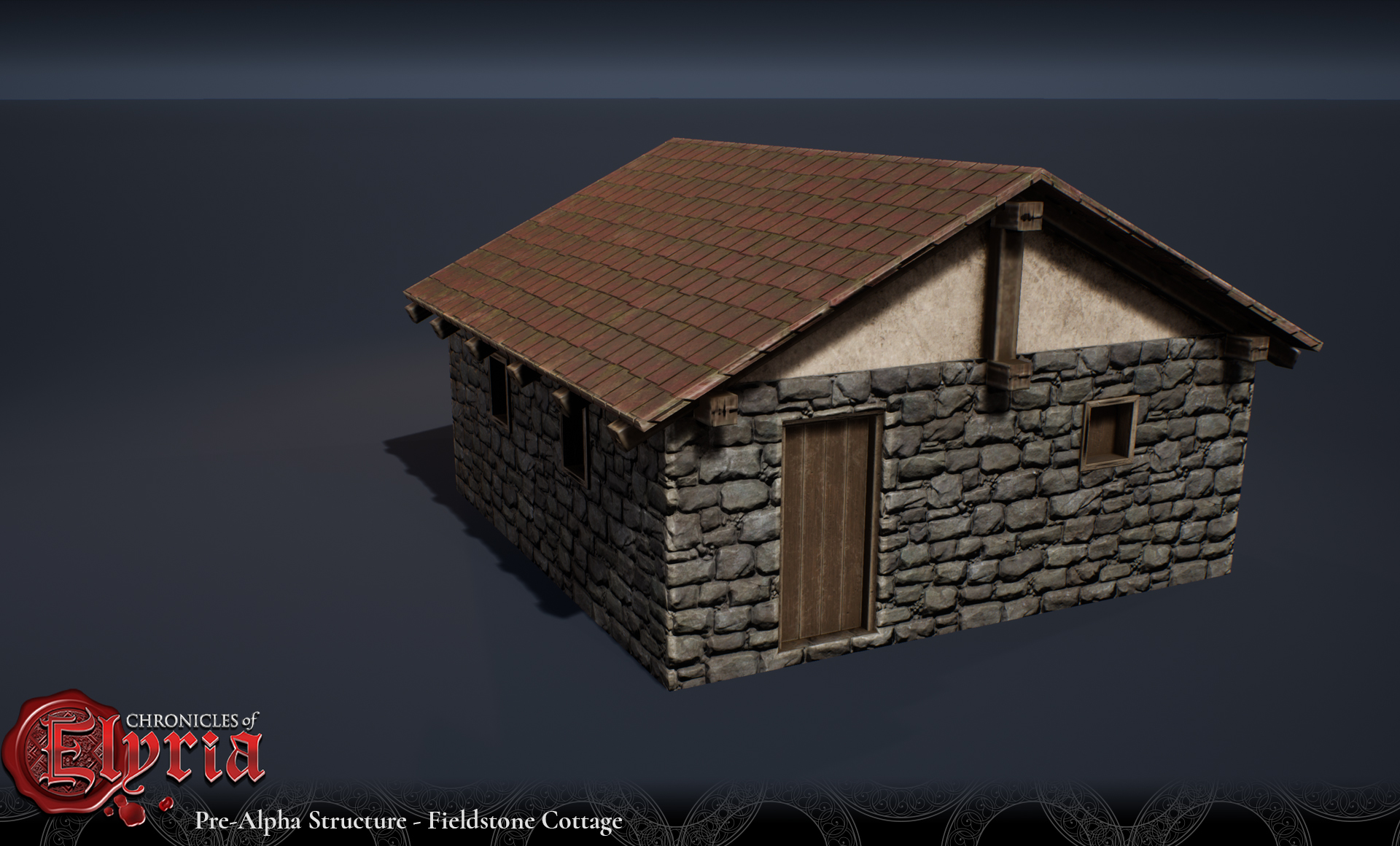 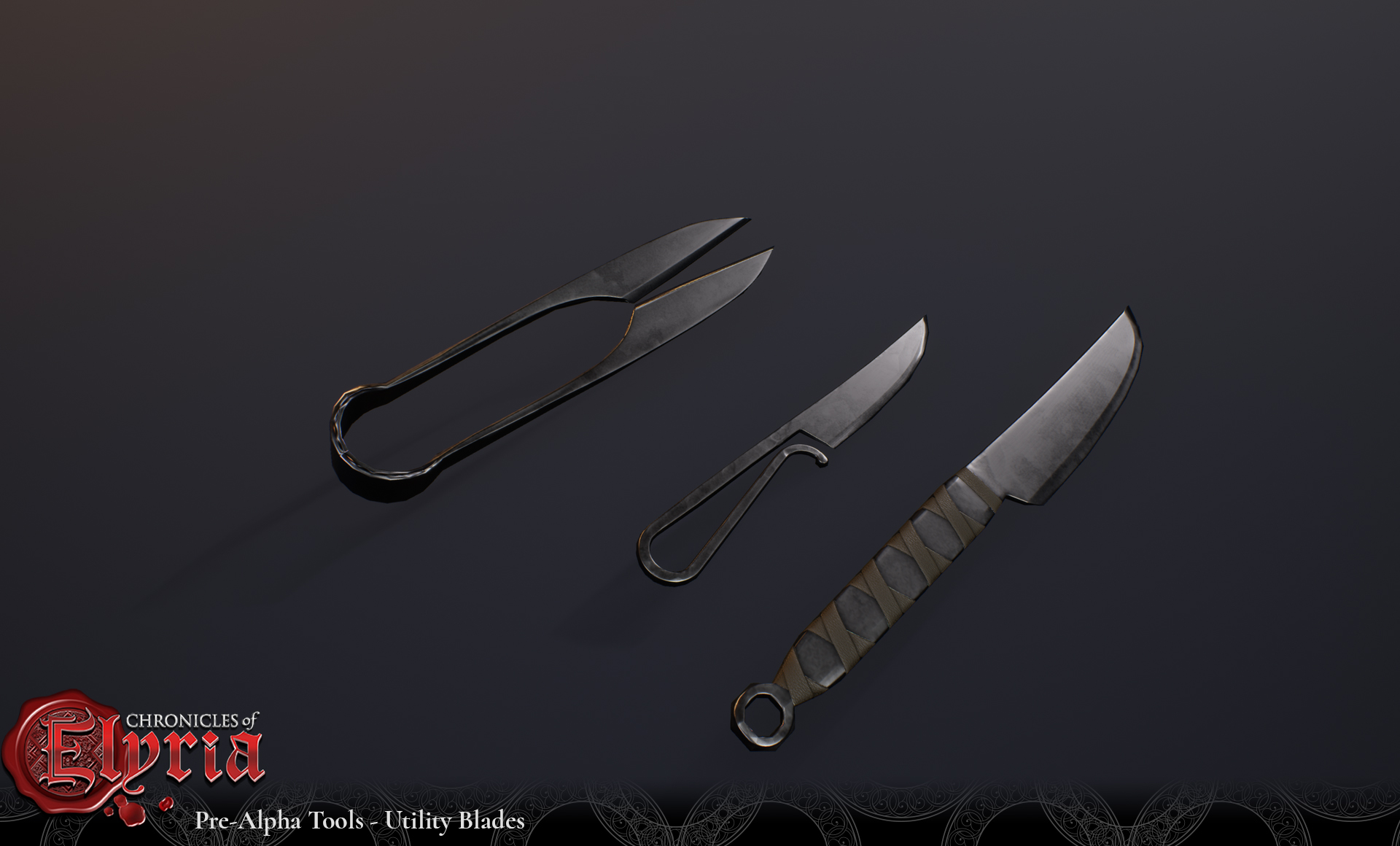 Refreshed and regrouped after recounting our tales of adventure, the party will turn to our next big adventure, release 0.4.0. Expect more information soon!

The Origin of the Sedecim

The Stowaway - A Tale of Elyria