The County of Iskar

Iskar has very little lore to it. The County of Iskar was formed only a few generations ago by a man named Siron Zevor. Siron founded a small village in the middle of the wilderness where he attracted many people with his small contraptions he had made to make life easier for his small village. With these contraptions he made farming faster, building easier, and travel more comfortable. After many years Siron’s small village turned into a bustling city full of trade and promise. Eventually Siron became so well known that the lord of the land he had built upon came to his family and offered them the chance to rule more than town. Siron accepted and was granted governance over an area he would call The County of Iskar. From there he grew his city, people came to his growing city and others left to form their own city in his lands. Siron’s family grew as well and with each new addition he would assign them tutors so they too would be able to make the contraptions that made him famous. He would tell each newborn the same thing “Technology is a gift of god. In the right hands it is a miracle. Let these hands be the right hands.” And with that the Zevor family has strived to bring new technology to the world.

Iskar’s focus isn't bound to one thing it is up to each city to decide what they wish to do with their city. As count I'll be taking a hands off approach to what you do in your city. That being said the County prefers to have Tinkerers. As count I'll be providing resources, time and energy into making sure the County is on the forefront of elyrian technology. Secondly, the county will be focusing on trading with other duchies and kingdoms. And lastly, The County will be spending resources attempting to build an underground metropolis, Tunneling will be heavily encouraged of all Mayors or Barons. This is to not say i will leave the mayors/barons who wish to pursure interests outside the main 3 to fend for themselves. I will provide what i can to each mayor/baron to make them successful as your success is directly your citizens success and if the people are successful than I am as well.

The County will be going for a Mountain Steppe (Hrothi Tribe) Biome as its first choice. as a secondary priority it will choose a county that has access to the sea.

I'm not going to say i want everyone because truthfully i do not.. I want anyone who has an interest in Tinkering, Trade, and Tunneling. Everyone is more then welcome to join what hopefully will be a great county, but the county will be supporting the 3 T’s more than anything.

How to Join Iskar 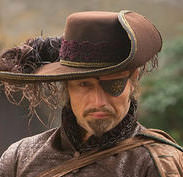 Going to be interesting to see what kind of new technology this county can research and build. Look forward to working with you in the Conclave!

Very active Count. Going to be a successful county.

Count is the Duchy HE of Treasury. This county is going to be wealthy.

Count is the Duchy HE of Treasury. This county is going to be wealthy

I updated the thing with lore and stuff....im bad at lore.

I think the lore you came up with is great! The last quote that he gives really sets the tone well and gives you an idea into his character. 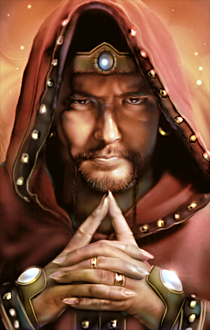 Hail the tinkers of The Conclave! Looking forward to working with you.

This Hrothi plans to be a cartographer, messenger, forager for the county of Iskar. All Hrothi are welcome to help us create a great trap filled dungeon to keep the Kypiq's from stealing our hordes of gems.