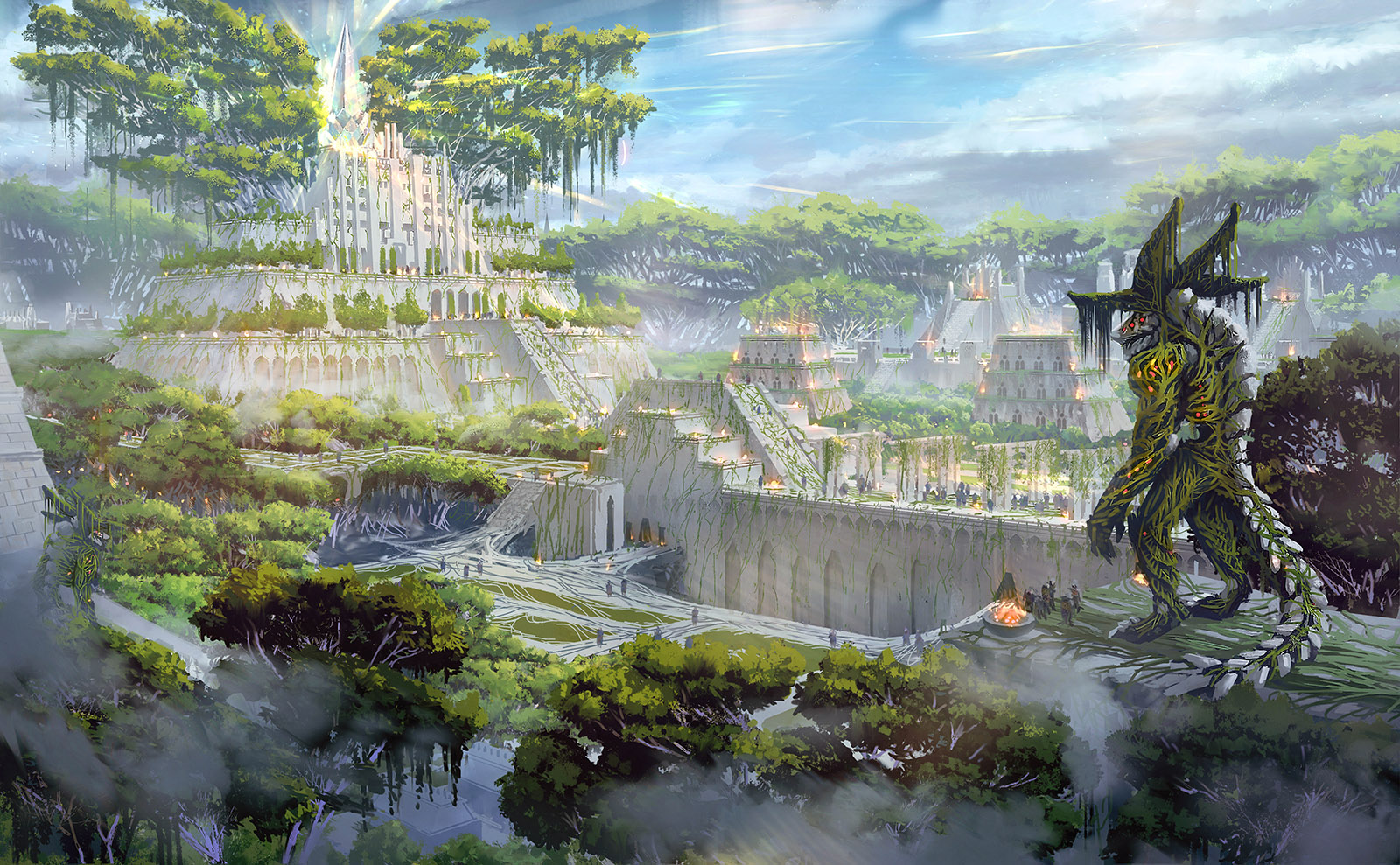 Land of the Eternal Hunt

The Duchy of Drescuri is a region focused on Technological Advancement, Crafting, Architecture and Defense. The Duchy is ruled by Stephan Balaur and Rei Finel. The ideal regions for this duchy is to be determined at land selection. The Capital of the Anktree and the Kingdom is Tonátlan.

The culture of the duchy is based on the Janoan culture, understandably CoE is light fantasy however since RP is fairly important to the community I am running, I wanted to make the culture match the biome so expect a fusion of Zandalari, Aztec, and Mandalorian cultures.

The duchy is NOT requiring RP or making anyone have to commit to certain naming conventions. We just are trying to make it as immersive as possible to those that want to do RP.

The Military is ruled by the Duke, however the Argon (General) Is largely in charge of its forces, these are known as the Dragonguard, the Duke's design experience (armor set) will be used as the military's general armor for soldiers, (Archers/mounted units may use something different)

Seal of the Duchy

The seal of the duchy is deeply symbolic, each star represents a county (at the start of COE the stars will be adjusted for the number of counties in the duchy) the two headed dragon symbolizes the Duke and Duchess, circling around the crescent moon and six point star. Which symbolizes the dedication to research and advancement. Which is the core idea of the duchy, to defend each other and to dedicate themselves to the advancement of their own land for the benefit of themselves and the people that reside there.

Flag of the Duchy

Counts pledged to the Duchy of Drescuri

I agree with the decision not to commit to a culture, as that will be heavily dependent on our biome that we get. Even our names could change, in theory. However, it might be useful to give some details of the focus of the duchy. While it's true that anyone of any interest will find things to do here, it's nice to have something special to attract people, or give them something to look forward to if they share that interest.

Ill add it in tomorrow

You can add Counts Daine and Cakewalk to the "Pledged to the Duchy" list.