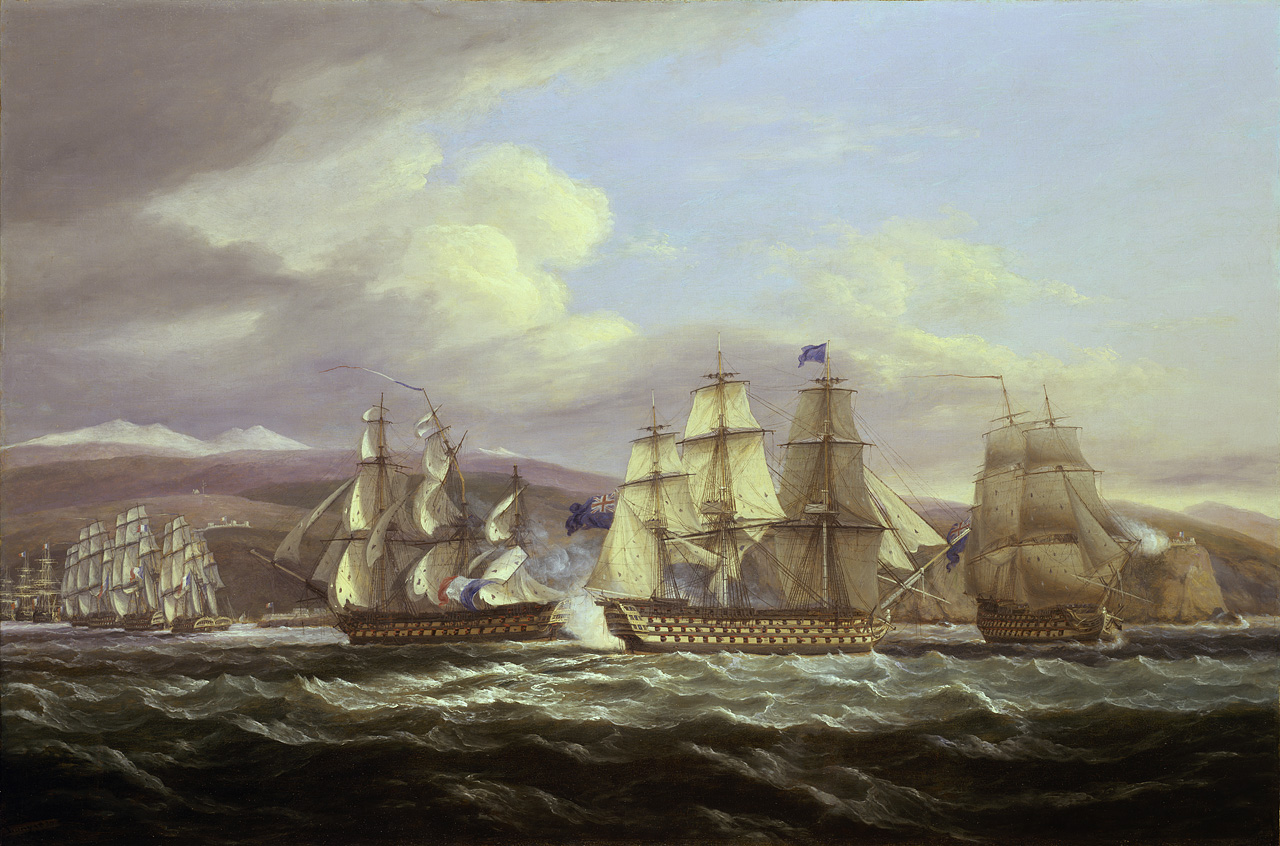 Hello! I'm Zachariah Evrouin, I've been playing MMOs for ~7 years now. I've been from games such as Star Wars: The Old Republic and Star Trek Online to games like World of Warcraft and Guild Wars 2.

I'm relatively new to the CoE community, having been active since August 2017. I've pledged my Barony to the County of Siren's Shore, the Duchy of the High Seas, and the Kingdom of Vornair, on the NA-E Luna server.

I plan on having a settlement, that, like the duchy it's pledged to, is focused on naval research, exploration, and trade. I'm going to focus on working on helping to build up the Duchy and Kingdom's naval might. I also intend on the settlement maintaining some form of education for military sailors, be it sanctioned by the County/Duchy/Kingdom or privately-owned. 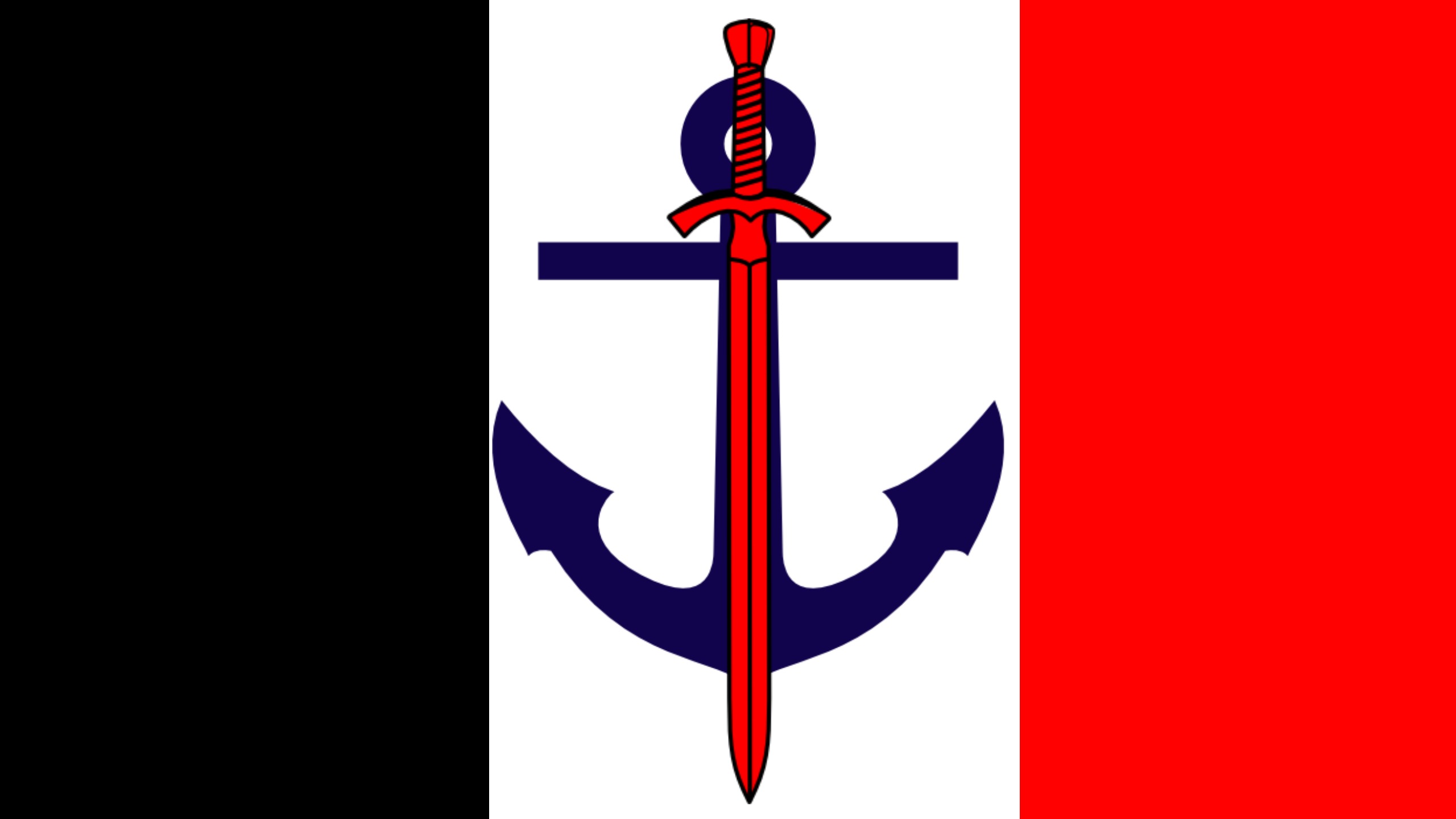 I've designed a flag for Septenstatio, and have filled it with symbolism, listed below.

-Black to Represent Determination and the Swift defeat of enemies.

-White to represent a constant desire for peace.

-Red to represent courage, passion, and blood of those fallen in Septenstatio's armed forces

-A Blue Anchor, symbolizing both loyalty and determination, as well as the naval might of the Barony.

-A red sword, symbolizing courage, passion, blood, and the strong military might of the Barony.

The Barony of Septenstatio was formed in ages long forgotten. Thousands of years before the formation of the Kingdom of Vornair, settlers from a forgotten town by the name of Meridistatio sailed to a location well further north on the coast of Elyria. Honoring their heritage, they named the city “Septenstatio”. ((From the Latin, (meridionali - Southern/Septemtrionis - Northern, Statio - Anchorage)))

The settlers prospered for many generations, having found a location suitable for import and export, as well as having established a fortress that could withstand the toughest of sieges, and they did on occasion, though mainly from bandits and no organized forces. Septenstatio may not have faced very much combat outside the walls, but its stalwart defenders trained as often as they could, and became a force to be reckoned with. The City hoped that they would never be needed, but little did they know that the danger they feared came not from without the gates, but from within.

Still hundreds of years before the formation of the Kingdom of Vornair, the Lord and Sovereign of Septenstatio was approached by an emissary of Clan Drayce, which would eventually become the Duchy of the High Seas, and was given an offer to become a Barony, inside the newly-formed county of the Arbor. The Lord refused them, to the dismay of many of his people. The chief incitor of this unrest was one Tomas Evenraın, leader of the town guard. He convinced many to his cause, and one cold winter’s night he executed his plan. Many disgruntled townsfolk believed that becoming a barony would bring new wealth and population to the town, and that night they picked up arms against the Lord. The battle was long and hard, but eventually the people of Septenstatio prevailed. Evenraın himself struck the killing blow to the Lord, and the Lord’s family was driven out of Septenstatio. Evenraın swore fealty to Clan Drayce and the Arbor, and was appointed Baron of Septenstatio. Through the many hundreds of years, the name Evenraın gradually shifted to a newer variant, which is held by the modern Lords of Septenstatio: Evrouin.

The Barony again prospered, and wanted for little through their time with the Arbor, but then Xelias invaded. Septenstatio held its ground longer than many of the other coastal settlements, but nonetheless fell to Xelias. Alexander Evrouin retreated with William Redwyne, from the capital of Donau, and had a hand in planning the retaking of the county. His troops joined the assault on Donau, and retook it. From Donau, they sailed on the boats which had been used in the assault back to Septenstatio, and with the full force of an angry Vornic Barony, retook their home.

Soon after, Alexander Evrouin had a single son, whom he named Zachariah. Zachariah was trained from a young age in combat, and assumed the mantle of Lordship at a relatively young age as well. The end of one story draws near, but the beginning of a new one just starts..

At some point, most likely after we have more information of what will be needed, I'd like to establish a local government. Until then, though, the Barony is actively looking for anyone interested in helping to work with the military, especially the navy. We'd also like those interested in shipbuilding, weapon making, etc. Merchants are welcome, seeing as we had come from a trading post. We also plan on having an agriculture industry, on the inland part of the Barony, so farmers are welcome. Really we’re looking for anyone who wants to have fun around the water in CoE!

Send me a message here or on discord if you'd like to join the town. Other than what is listed above, we have need for citizens of all types, so let me know what you'd like to do!

Update: A ton of lore was added!

Small Update! I wanted to really reemphasize that we’re looking for citizens of all walks of life, and players of all playstyles!