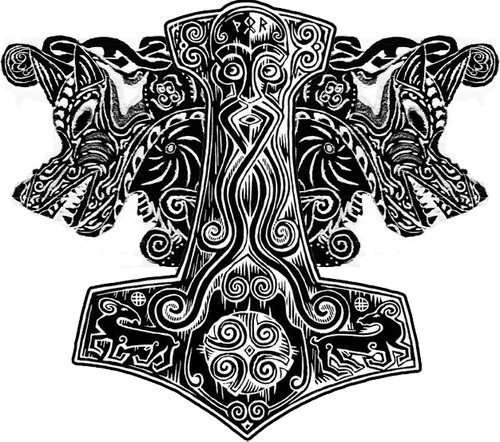 Who are Sindri & Brokkr?

Sindri & Brokkr were two dwarven brothers in Norse mythology, and respectively mean “spark” and “the one who works with metal fragments”. These brothers created Gullinbursti (boar of Freyr), Draupnir (ring of Odin) and Mjöllnir (hammer of Thor) after accepting a bet with Loki to craft items that matched the quality of those displayed by the sons of Ivaldi. They succeeded and Loki lost the bet. We as a guild take an example in the magnificent work that these two brothers have accomplished. Therefor we bear their name with pride and hopefully once follow in their footsteps. As a Guild and Business in CoE terms we will focus on the production, research and sale of everything a blacksmith can make. Sindri & Brokkr is an effort to gather like-minded people so that we together can excel in our chosen field. We will do this within the Tryggr community. Have a look on the Tryggr forum and/or join us on the Tryggr discord. Our discord can be found here: 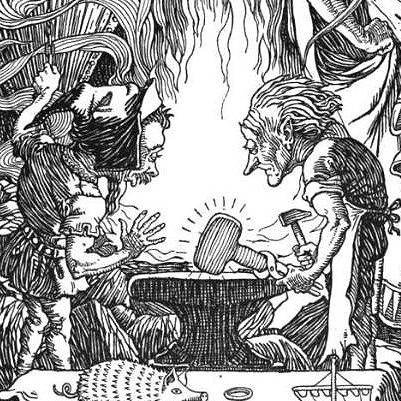 Our Purpose in Elyria

The primary purpose upon Elyria is to gather like-minded people in the craft of blacksmithing so that all can benefit from individual knowledge and experience as a collective. By joint effort of our members we will grow until all in Tryggr can share in our knowledge, prosperity and excel at their field.

It is our goal to help players play the way they want with minimal effort on the players part. Support in tools, material and knowledge is the basis of the guild. Of course, that is not our only purpose. We want to let the people of the same craft gather as much knowledge about blacksmithing as possible. So that we can share it with all members of Sindri & Brokkr’s blacksmith guild so that every member has the chance to prosper in Elyria. 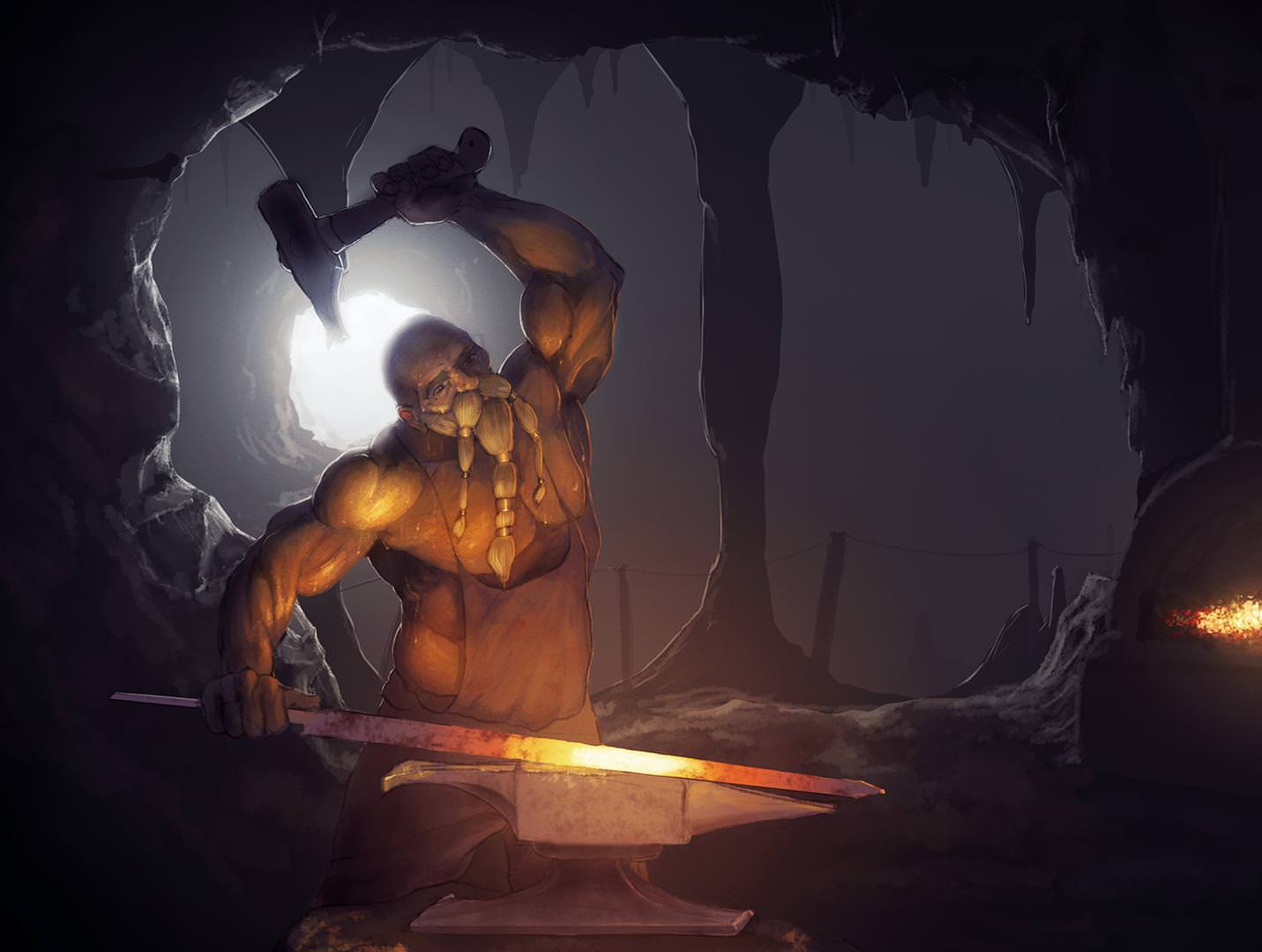 How to join Sindri & Brokkr?

There are two ways you can gain access to Sindri & Brokkr.

The first way is to join as a member blacksmith. Nothing more, nothing less. At guild smithy’s you can play, use the tools and blueprints, and learn the craft. If there is no smithy storefront near, or you want to have more responsibility? Then there is the option for you to take over a Sindri & Brokkr owned store/smithy or set up one. The option to manage your own smithy is limited at launch. The guild needs to be set up and find its roots at start. Nonetheless the guild is ever looking for investors to keep up the standard that we want to provide for our products.

So, we will not meddle in your business. Being Sindri & Brokkr Affiliate has certain perks that will be listed further down. 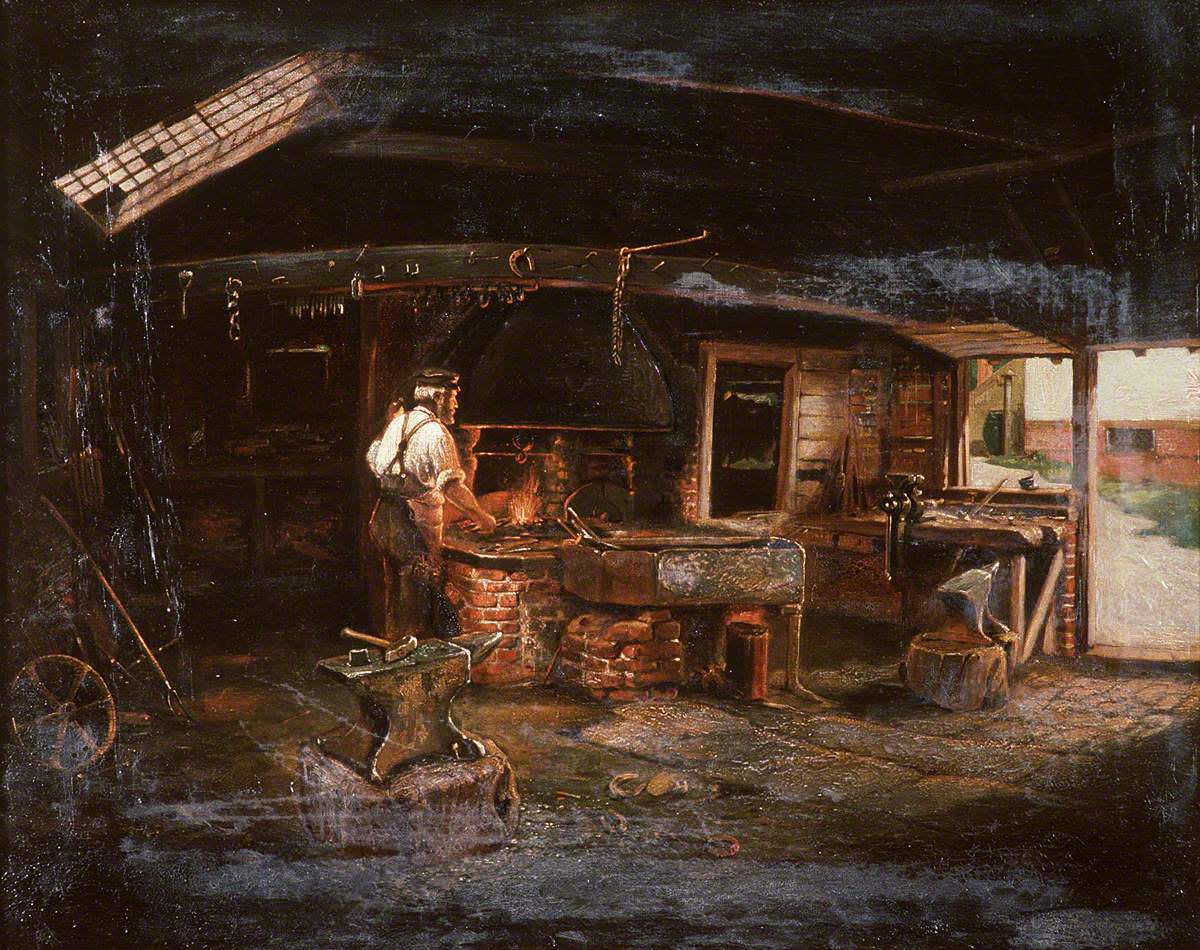 The responsibilities of the GM is to make sure everything runs smoothly and that everyone has what they need to have a fun time and to grow. Further it is tasked with the grow and expansion of the Guild and manage its contacts. The GM is also responsible for storing all the guilds collected patents for our members.

The guild Management consists of:

Your job as a Store Manager is just that to manage the store in the name of the Guild. Your job is basically to take up on commissions from customers, train new members and research whenever you feel like it. There is also the responsibility to keep the store stocked with supplies and a base level of equipment to be sold.

Anyone choosing to take over a smithy from Sindri & Brokkr will have to pay a small fee every 4 Elyrian years or 4 weeks IRL to keep running the smithy.

As store manager, you are expected to pay your workers but otherwise all the profits stay in your smithy. Sindri & Brokkr won't meddle with your day to day business if you pay your fee to the guild. Basically, to pay your yearly fee and have fun. Sindri & Brokkr don't meddle in what you do with your time.

The fee for membership by affiliates will be collected every 4 Elyrian years or 4 weeks IRL.

Failure to pay for 2 consecutive years after deadline and 2 warnings will result in a Guild kick and revoke of all privileges. The affiliate can rejoin but only if he pays the fee of 5 Elyrian years.

Your responsibility is to keep in mind that you represent the guild and to hone your skill.

The guild is founded by Count Tonan of house Eriksson in the County of Skadia. The guild was previously known as the Centurion Group. Due to unforeseen circumstances Tonan was not able to continue is work as Guild Leader. Nesla Drekaör took over to continue a blacksmithing guild within the community of Tryggr. This guild is now known as Sindri & Brokkr. Nesla Drekaör stepped down as the guildmaster at which point Leiywen and Lightfors toke over the guild.

The Headquarters will be located in the county capital of Aedrilf under Leiywen’s leadership. The county is fully focussed on the procurement, refinement and crafting of all riches of the earth.

These are our aims. Everything mentioned in this post is subject to change based on new information from SBS."

We welcome our two newest members to the guild. Whitestormfires and Niirac.

Also the guildhall moved to a new location, the coalition of Orisha

This guild will be the greatest blacksmithing guild in CoE for sure! Cant wait to craft some of the best stuff in all of CoE! We shall be known across all kingdoms!