The Pirate kings deal to you 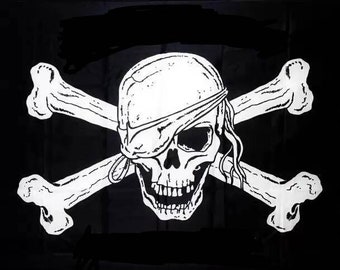 Ithikari sits on top of his pirate ship, with his crew, drinking rum before he see's a ship sailing along the horizon

"Looks to be a trade barge from one those lowly Kingdoms, what'd'ya say lasses and laddies, we take this ship and plunder it's loot?"

The crew all cheer and get into position, sailing the cutter towards the barge, as the ship gets closer unable to match the speed of the mighty cutter, the crew on the ship start launching large projectiles at barge, damaging the sails and the rudder. The crew begins swinging from the ropes onto the barge, swords drawn and crossbows, shooting anyone who attempts to give any kind of resistance. Finally, Ithikari boards the barge with what remains of the crew that's left.

They crew members begin looting what's on board the trade barge and Ithikari approaches the crew of the barge, well, what remains that is

Ithikari smirks knowing this deal is a killer deal, his long bushy beard blowing to the left hand side as the wind picks up.

"So what do you say matey? Want to join my crew?"

"I also have any item you wish from the ancient vault, I am selling them very cheap"