My name is Rosalyna, and I am a travelling performer. I love to travel far and wide to distant kingdoms and perform for all, noble or common. My travels allow me to see new towns, cities and hear all the news of the world. But singing, dancing and playing in front of a crowd is what I love, so please, if you find me, come watch me perform.

It will surely be a show!

(Not sure what race to pick, but maybe anyone out there has some ideas. Looking forward to meeting you all)

Presumably you'd need to pick a race that is seen as gregarious, and known to other tribes generally...so I would suggest Neran first. Probably the tribe who's used to connecting better with other tribes. (From their Tribes info: '...Of all the tribes, the Neran can function at varying levels of effectiveness in the largest number of biomes....')

Or maybe: Kypiq? Their tribe's described (summarising) as the most agile, quick thinking and sociable. However, also the smallest, physically...so is that a 'benefit' - cos' you're 'cute' and memorable? - or not? Also, certain dietary requirements.

Of course, for all anyone knows, you may also be acting as a spy, subtly skimming and selling local information as you go. So there may be some cautious welcomes at first. Or do you think you'll make enough money as a performer?

Rosalyna, it would be great one day to hear of how, in game, you get on with this lifestyle - a fascinating idea!

It will be a hard lifestyle, certainly. The life of a performer is never as glamours as it appears. Maybe once i am known, others would like to join my travels. Maybe we can bring joy and fun to the dark places of the world.

I will have to learn to defend myself against the world (and others) and during my travels i might pick up bits of important information that is valuable to others or to protect myself. But i hope i will never come to this.

Thank you for your kind words Glosterian, I hope your in game lifestyle brings you joy. I hope if we ever cross paths, my music can lift your spirits.

Not sure if you are with a community yet, but one of the mayors in my county has a traveling bardic guild. If you are interested let me know and I can send you the discord link via messages.

I am not yet, I am still fairly new, but I have looked at some communities. I haven't decided yet, but I certainly wouldn't mind having a look if that is ok with you and the mayor of course.

Thank you for the offer, Lady Stelaphina, and my many good wishes to you.

This may be forward ,but I'd like to see you at the In game Legendary Free-Mann tavern one day to perform.

We have a custom built stage ,and we can make a performance night out of it. Since your post is in the NA-East Luna server I assume you will be on Luna.

I am always looking for Bards ,and performers to one day to kick off the tavern with there special talents!

Anyhow with whatever you decide if you were looking to perform somewhere for a night or two ,and get paid nicely for it send a message over.

Since you want to travel.. being a permanent bard at the tavern may not be the life-style you would want to choose.

Unless you like the thought of working when you can ,and exploring the continent while always having a room to come back too as a base.

With much respect to bards ,and looking forward to future endeavors,

First off, you are not to forward at all. I am very excited to here about the tavern and i am extremely flattered that you would like me to to perform. I would love too!

I must say the idea of having room and board, a permanent place to perform and enjoy myself is very temping. I will strongly consider it.

I would like to still travel, however there is a benefit to it. A tavern is not only known for its great entertainment, but its great stock of ale, rum and wine alike. As I travel, if I find any good stock or recipes of high quality, I can hold onto them until I return from my travels. Exotic drinks is always a draw, and my travelling also give your tavern a way to transfer goods from one place to the next.

If not then I will still keep an eye open for them, as a gift from me for room. Or just good old drinking fun!

Thank you for the offer, and I would be honored and delighted to perform at the Legendary Free-Mann. My respects to you and inn/tavern-keepers alike, for my services are always open to those who would like to hear them.

Greetings and Salutations Rosalyna, I would like to offer you the hospitality of my village as a start or your tour or a rest stop in your travels. Currently we are the Village of the Shadow and we would be honored to be your Host and for you to take part in our Hospitality in exchange for your entertaining our people and I might even be able to promise an audience with our Count Bourneh. Please let me know if I can be of any assistance in your endeavors.

My Settlement welcome you to my Arena! Come and and preform to us all! Just as Free-Man who in Fortuna, We would love to have you travel around and play music for everyone here 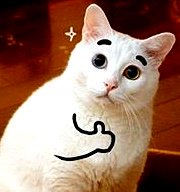 Sounds great. I'll look forward to your stop in the Solstice. With luck well have an amphitheater ready by the time you arrive. But if not, we'll have plenty of places to you to perform.

If you want to travel the world, I suggest Neran. They have no tribal beefs or significant impediments to cimates.