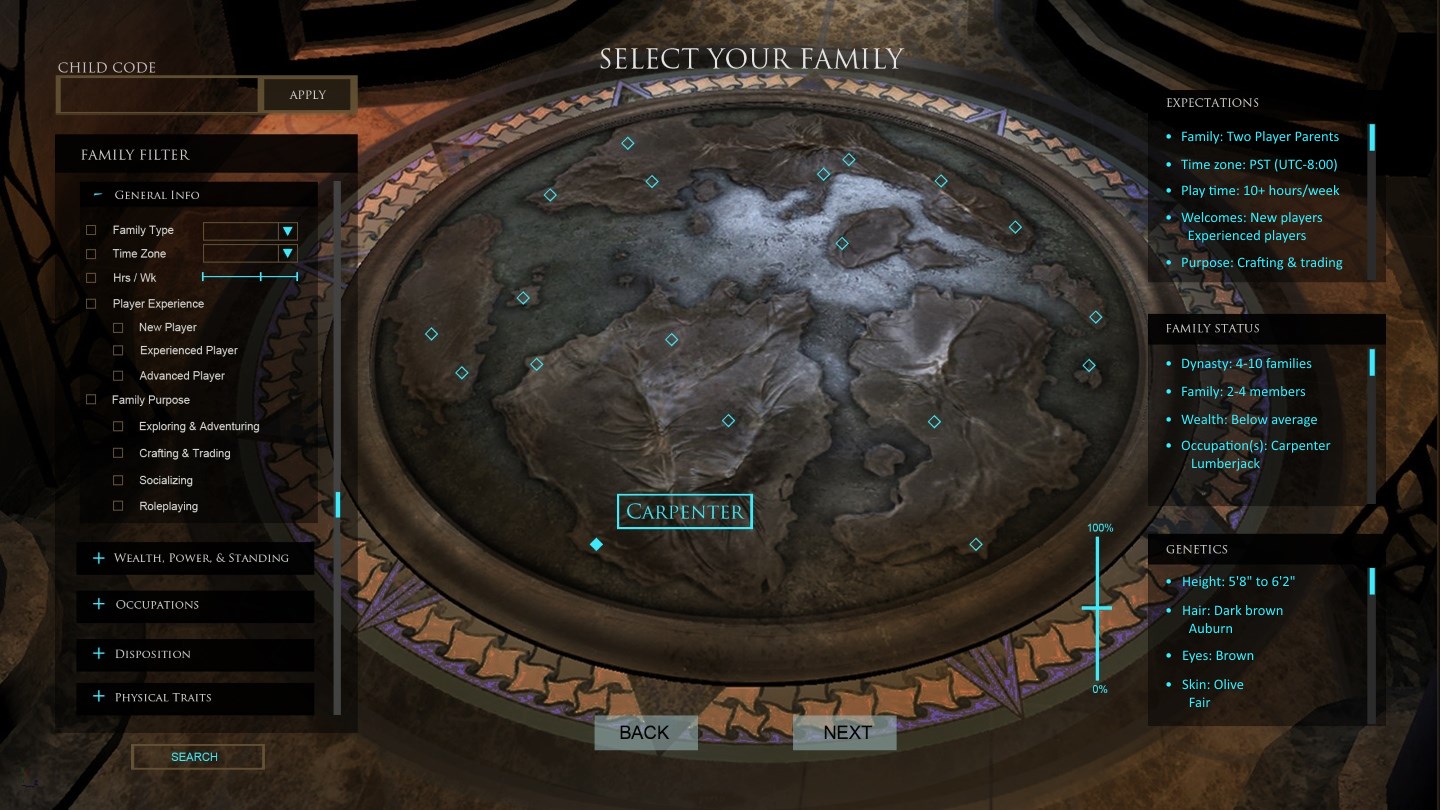 When you create your character, you'll start at either age 12, 15, or (during Exposition only) over the age of 18. The three ages correspond with different play styles and cater to different overall objectives. You will have the choice either start as a Ward of The State or a part of a Family.

Elyria is home to people from many regions, each with their own set of resistances and starting attributes. All characters are children of Mann, but evolution has caused regional differences in both appearance and natural skills. Grow up in the frozen north, the burning desert, a subterranean grotto, or in a bustling city and your character will start with a set of skills they've learned in order to survive. This represents what is generally referred to as "Race" in most MMOs, defining your predisposed occupations, starting attributes, and starting skills. 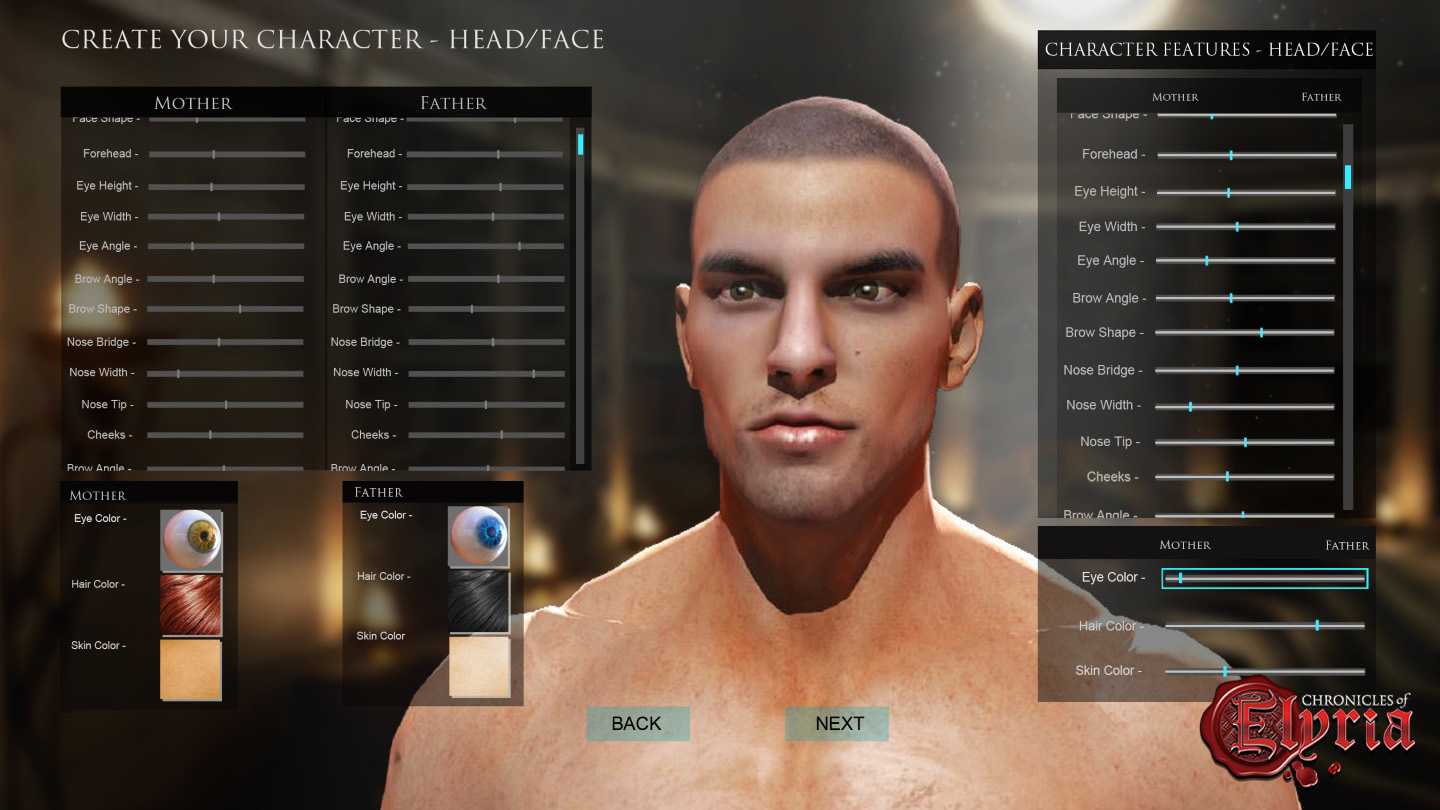 Chronicles of Elyria uses a system of genetics that allows traits to be passed on from one generation to another. Like in our world, all living things have two sets of DNA, which are randomly sampled and used to determine the characteristics of their offspring. When talking about plants and animals, this allows players to create selective breeding programs, cross-pollinating and breeding until they get the outcome they're looking for. When talking about player customization there's a bit more flexibility, but the idea is the same.

The Soulborn Engine uses a form of astrology to determine the types of conflicts your character will encounter as they roam about the world. The moment your character is born some large set of story quests are dynamically generated and silently follow you around wherever you go. Any time you come in contact with another NPC, loot an item, reach a certain age, commit a crime, or a slew of other things, the Soulborn Engine looks at your pre-defined list of plot hooks to determine if any of them have been triggered. Like a key turning a lock, if everything lines up, and all preconditions have been met, a story will unfold meant just for you.