I do believe it is time to S H I N E ! So, last week I mentioned that I wanted to talk a little bit about the RPG aspects of combat, and I definitely do, but spreadsheets are really only so shiny (And honestly I'd have to blur the numbers because they aren't yours to know, I'm afraid) so in the quest for something truly shiny to show, I stumbled into the animators' archives. And since I wanted to talk about combat anyway, I raided that archive like a glotato addict in the lost vault! I also came back with some goodies, but let's talk shop a little, and work them in-line.

Last time we talked about combat, I talked a little bit about how we start from some piece of information like this... 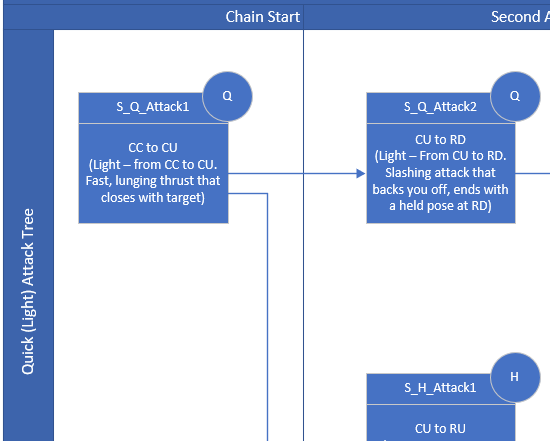 ...and end up with a set of finished combat moves you can see in game.

But there's a lot going on in that process that I sort of glazed over. Candidly, building the combat system to be able to support multiple martial arts, a variety of weapons, and player-skill is a lot of work.

For example, as a designer, when I design a martial style, I have to consider the tactical elements of the style. What is it meant to do? How does it differentiate itself from other styles that use the same types of weapons? What play styles can this support? And once I have those answers and start laying out the techniques -- the moves -- you can use, I have to consider how they flow together (how they "chain"). In some cases this could include elements of forced "locomotion" or it could mean I need to track where the character's hands and feet will be at the end of one attack to make sure next the attack that is meant to flow from there begins with the character's limbs in the right place.

Once all of that is decided, things sort of split. On the design side of the equation we move onto the RPG balance, questions: How much energy does this attack consume? Which attributes and other data are used to calculate the damage for this kind of attack? What sort of damage would it do? What other effects will it have on someone who is hit by this attack? How does the damage done by this attack compare to other attacks in this style? How does it compare to equivalent attacks in other styles? We designers begin an intricate dance, spinning numbers and building mathematical models to ensure each attack is accurately represented in its effect on the game world.

At the same time, the content team begins a dance of their own:

They have to take what we've described and figure out how to make a mann actually perform these attacks, and they're further constrained by the timing and pacing required. As you watch Heat work through the attacks that are meant to flow together in that exchange, you may notice the way he seems to very quickly move between some poses but not others. This is because the test footage they shot of Heat doing the moves has been edited to fit the tempo and rhythm of the game.

There's a sort of "music" to combat, in the sense that you can use something akin to musical notation to plot out the pacing of combat in just about any game. There's a tempo (it might differ from style to style, but there is one whether it was intended or not) and attacks hit on the beat, and the intervals between those beats are kind of like the notes of a musical composition. So, it shouldn't surprise you to know that Chronicles of Elyria is no exception to this observation. There is a tempo to the martial styles, and a sort of rhythm that is defined by the timing of when attacks land.

That video of Heat from earlier is the real world attack motion, edited down to fit the phases of an attack combo and the tempo of the martial style in question.

That ends up feeling a lot better once the actual animations are done. Even in the two rough block-out videos I've shared here you can already see that it's not as jerky as the edited real-world video, but the timing and tempo is preserved.

When it's all said and done, our two dances collide and the animation is attached to the design data and we can head into the lab to get a feel for how the attacks land and where we should force locomotion and where we shouldn't, as I mentioned in a shiny a couple of weeks back.

It's an intensive process, but it's necessary. Combat may not be the focus of Chronicles of Elyria, but that doesn't mean we can afford to low-ball our effort. We may be a rare online game that takes combat off the throne, but it's still an equal partner with every other major mechanical focus of the game.

I love seeing Heat just be a total badass with that sword. Can we get one with Vye, now?

Some nice blade control there Heat! Can we get one with Vye, now?

I second this :P 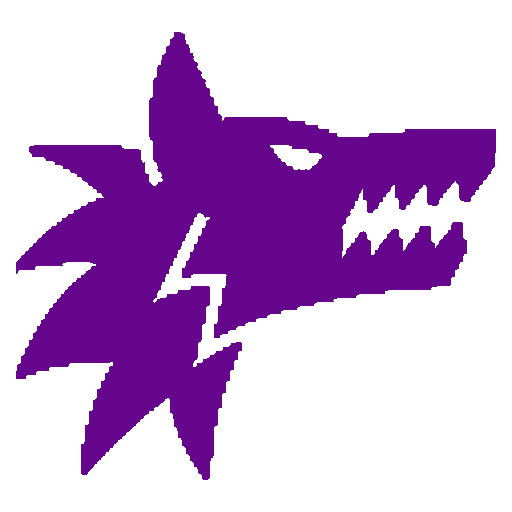 Love the way the sword is put away, looks great. :)

I am sorry, but this has nothing to do with combat... jumping and spinning arround and even holding the sword wrong... I am somewhat disapppointed. Some armor-designs were weird too...

there are hundreds/thousands of years of documented war, equipment and combat styles - would be nice if the art director/team actually would do some research, as it is normally done before making art

for example: a sword isn t a sword. some are for cutting, others for stabbing and later swords were used backwards too, holding it at the blade and using the hilt to do blunt damage. why would anyone: spin - unless u want to be hit into ur back, jump - unless u want to lose balance, put the sword behind your arm - unless u wanna do suicide because u can t block/parry anymore

the only moment where dancing is acceptable on a battlefield is on ur enemies corpse :P

With combat as a focus, it is sad to see that we will be stuck with root motion for attacks. It will play as a simple hack and slash aRPG and it is going to feel arcady.

There should be more focus on lettings the player chose how to move with the style he\she has chosen to use.

What these mechanics will end up doing is create a meta where one or two styles are superior and used all over.

If you let players be in more control you remove that problem and create a more rich world at the same time.

Q: And what about parrys and riposets how will that work when characters will be jumping back and forth. When you commit to a attack will you be unable to cancel?

Are there iframes when you e.g: dash? Do some styles have more iframes then other (if any)? I dont think movement lock and root motion is the way to go for a MMO in 2019 to be honest.

Am pretty sure it will be evident at some point i just hope that it wont be to late by then. When the masses start complaining about bad combat.

PS: Great type of "shiny" much more interesting then a drawing.

Watru, did you read the shiny I linked at the bottom of this one? It actually directly addresses some of your root motion commentary.

I am sorry, but this has nothing to do with combat... jumping and spinning arround and even holding the sword wrong... I am somewhat disapppointed. Some armor-designs were weird too...

there are hundreds/thousands of years of documented war, equipment and combat styles - would be nice if the art director/team actually would do some research, as it is normally done before making art

for example: a sword isn t a sword. some are for cutting, others for stabbing and later swords were used backwards too, holding it at the blade and using the hilt to do blunt damage. why would anyone: spin - unless u want to be hit into ur back, jump - unless u want to lose balance, put the sword behind your arm - unless u wanna do suicide because u can t block/parry anymore

the only moment where dancing is acceptable on a battlefield is on ur enemies corpse :P

Not everyone in elyria will be a combat veteran.

it has nothing to do with trained or untrained.... Knights/nobles trained their whole lifes for combat, Swords weren t just a weapon but also a status symbol.

But ignoring that, noone would fight like that. If u would have a sword in ur hand and an enemy in front of u - would you jump, spin around ect while attacking ???o.o it is a basic instinct of humans and animals to face the enemy

worked on weapons and animations before, and one of the most important parts when doing art for games was research at the beginning. don t see it here

sometimes less is better: I would prefer a combat system where the player is in control. left mouse movement=left swing, right mouse movement=right swing ect. it makes the combat more complex and I don t have to wait for my character finishing dancing on the battlefield

ps: fun fact from archeology. plate armors for example didn t have the same sickness all over. the sides are usually thinner since the arms add an extra layer (+ its less weight to carry around). moving up your arms and spin would expose those spots- and the vital organs underneath. so u would be dead pretty fast :D