Home > Blog > The Adventure of a Lifetime
12 January

The Adventure of a Lifetime

Hail and well met, Elyrians all,

Welcome to 2017! What is your resolution? We at Soulbound Studios have selected 'kick so much ass' as our New Year's Resolution and we are feeling good about it.

The team had a week off at the end of the year and, so, we are beginning the new year rested and ready. The next few months will see us preparing a playable demo for PAX East and building more of the core gameplay systems in SpatialOS in order to make progress toward the Prologue, ElyriaMUD, and Kingdoms of Elyria.

In a previous update, I showed some of the concept sketches for some hairstyles we were going to be adding. We've modeled a couple and I'm certain you will enjoy seeing the finished product. Each hairstyle can take a character artist anywhere from 2-6 days depending on complexity. We'd like to include a variety of hairstyles for people to customize their characters with in game, so our character artists will be sick of hair at some point. These ones were done by Van. 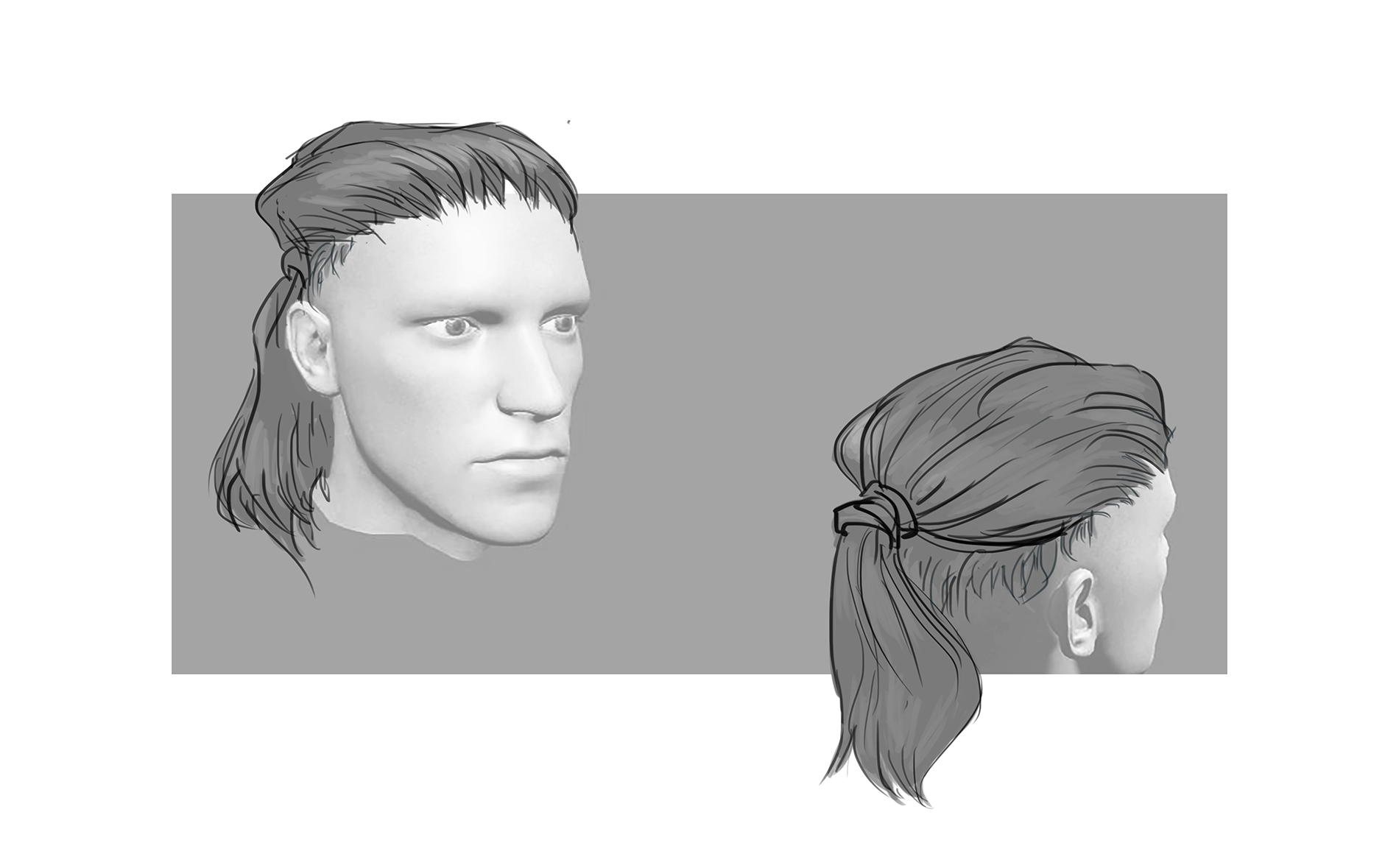 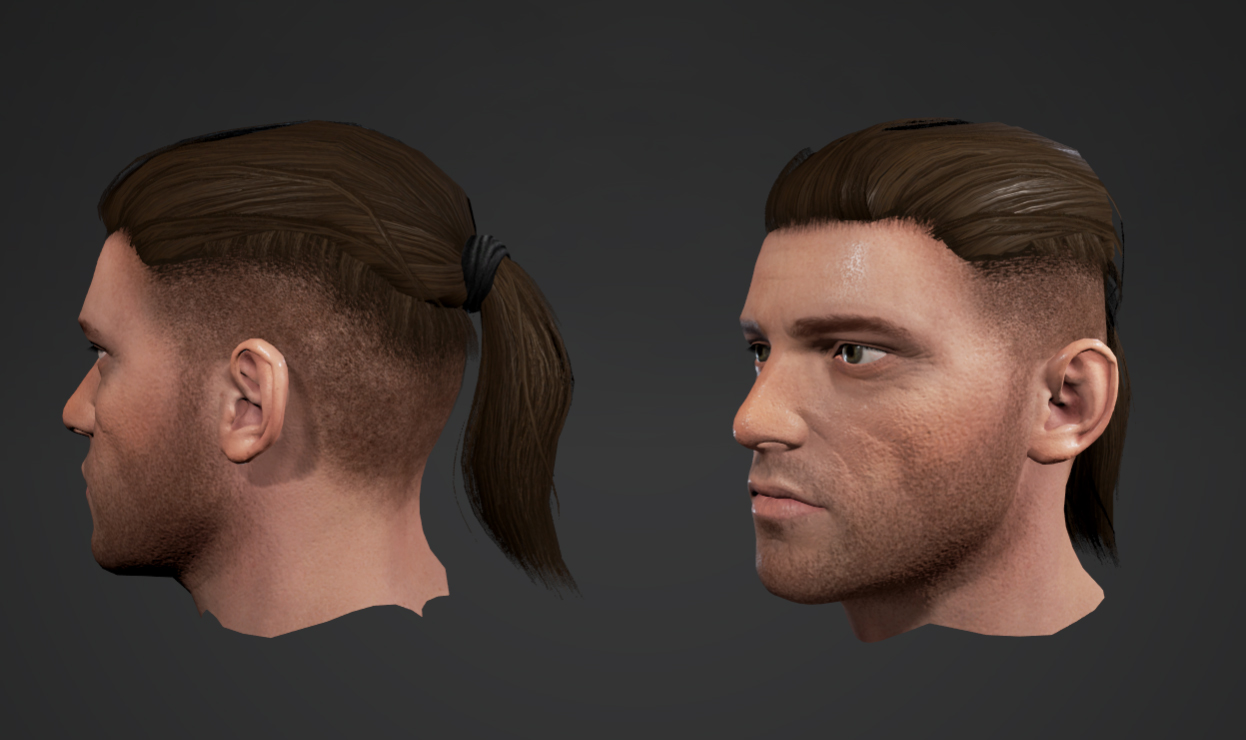 You will also begin to see additional equipment in the screenshots from our play throughs.

Making the Silver Run in 14 Parsecs

The team is becoming obsessed with finding Silver Run because the map is really huge and the spawn point is in New Haven. Several of us raced through the countryside to find it, and one of us even made it in the hour we spend playing every Friday. Did I mention the map is huge? 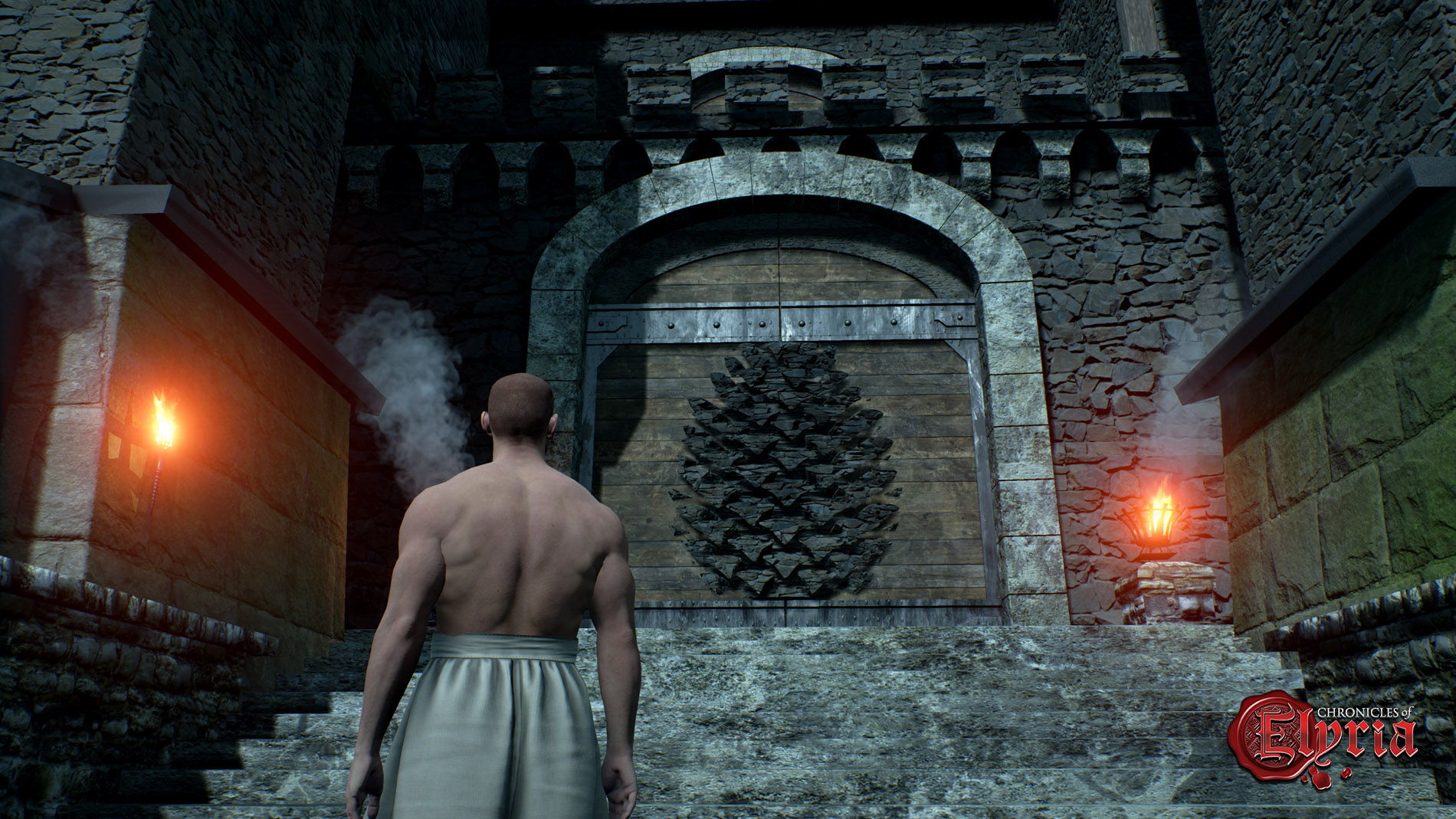 Haelgror is summoned to the New Haven keep 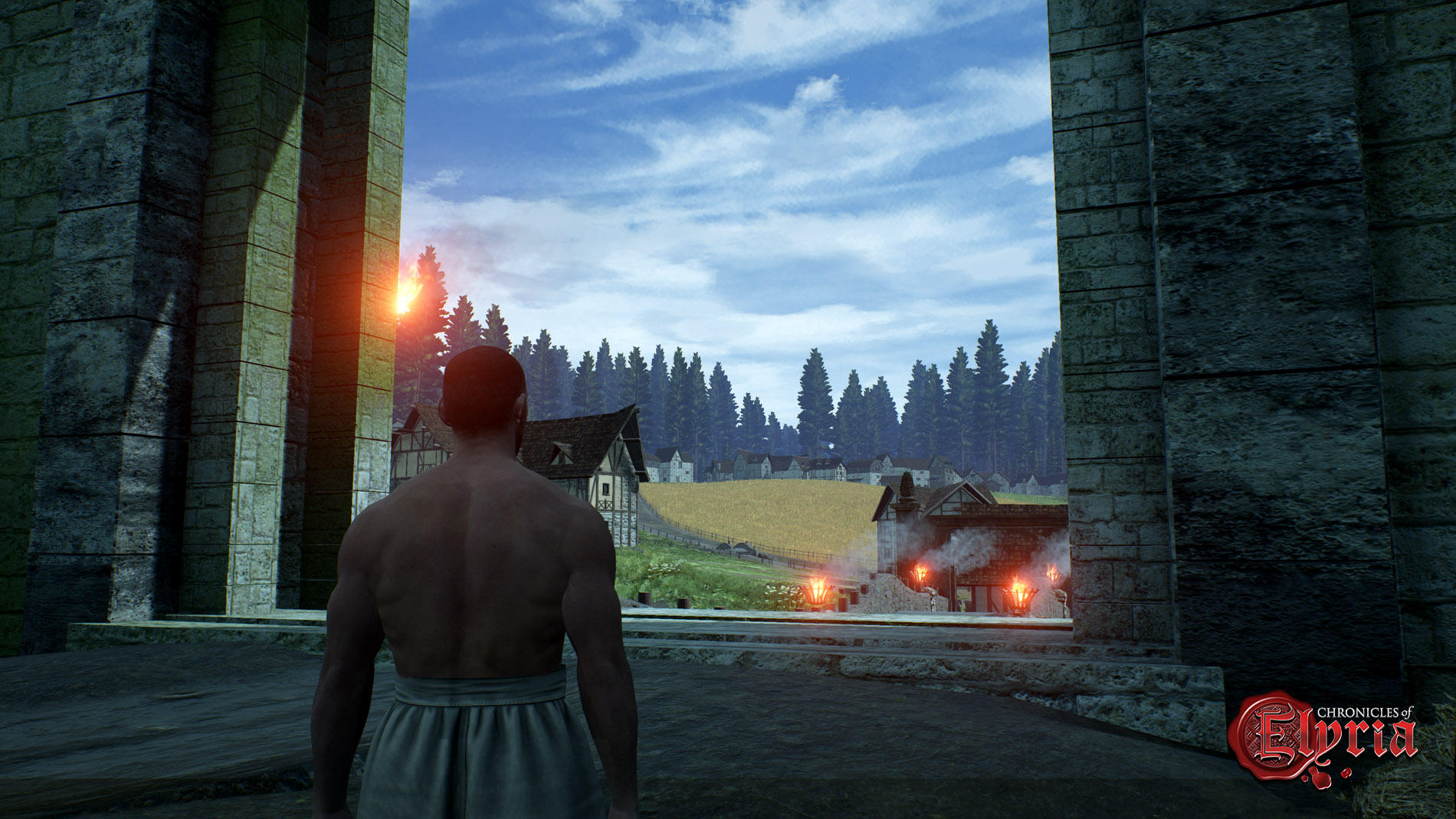 Haelgror prepares to deliver an urgent message to Silver Run 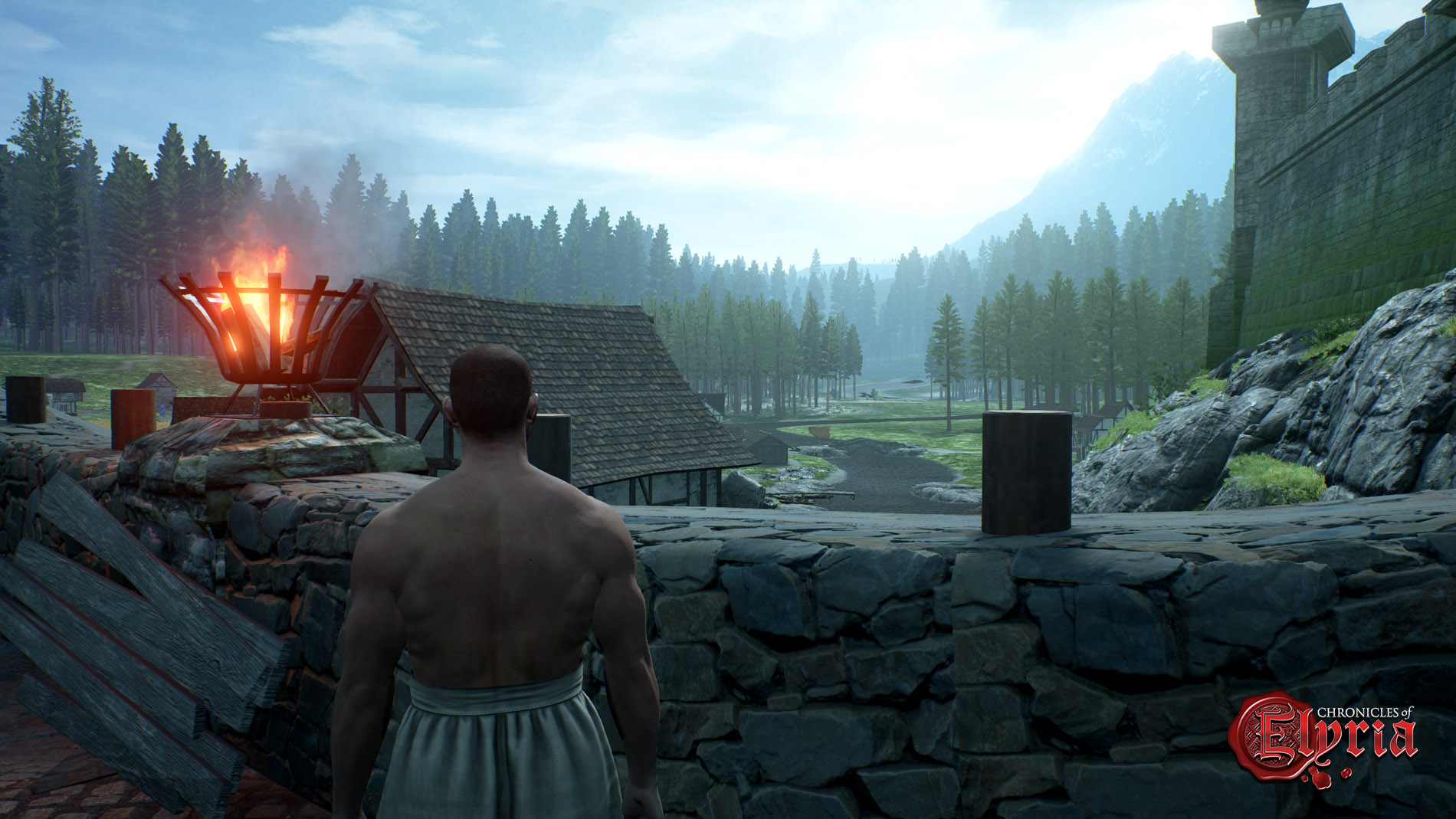 Haelgror checks the weather toward Silver Run before heading out 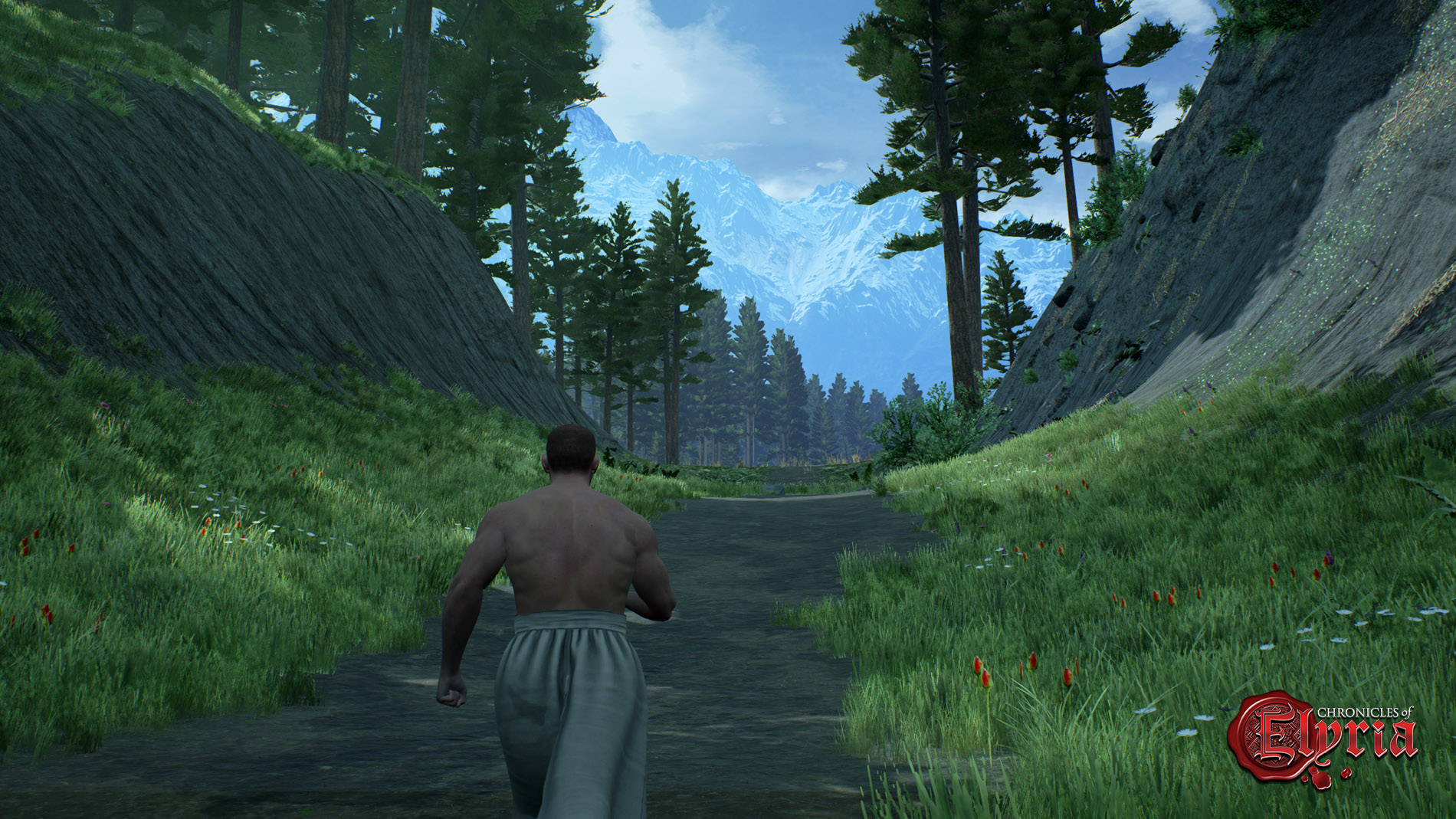 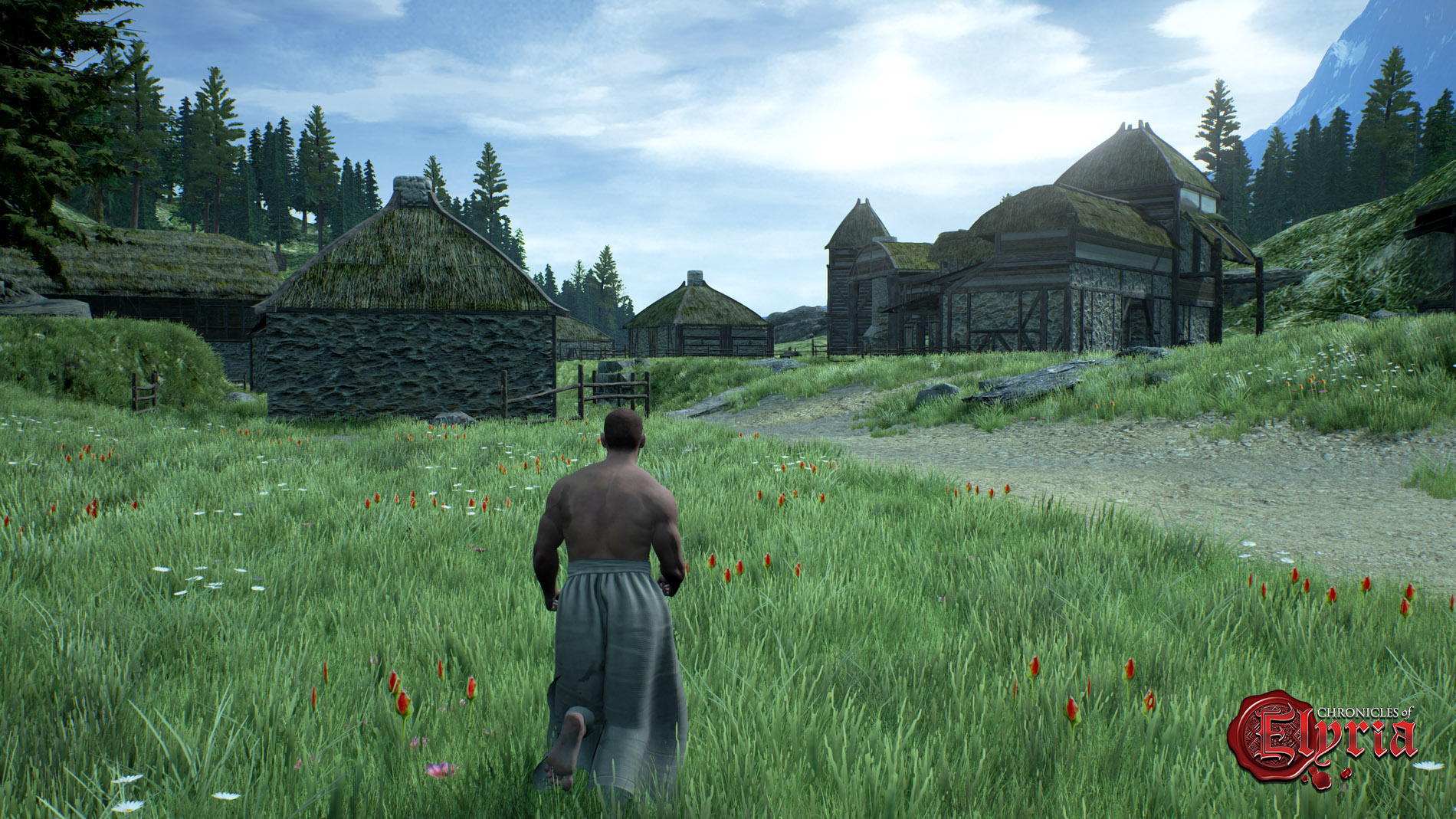 Haelgror makes it to Silver Run at last 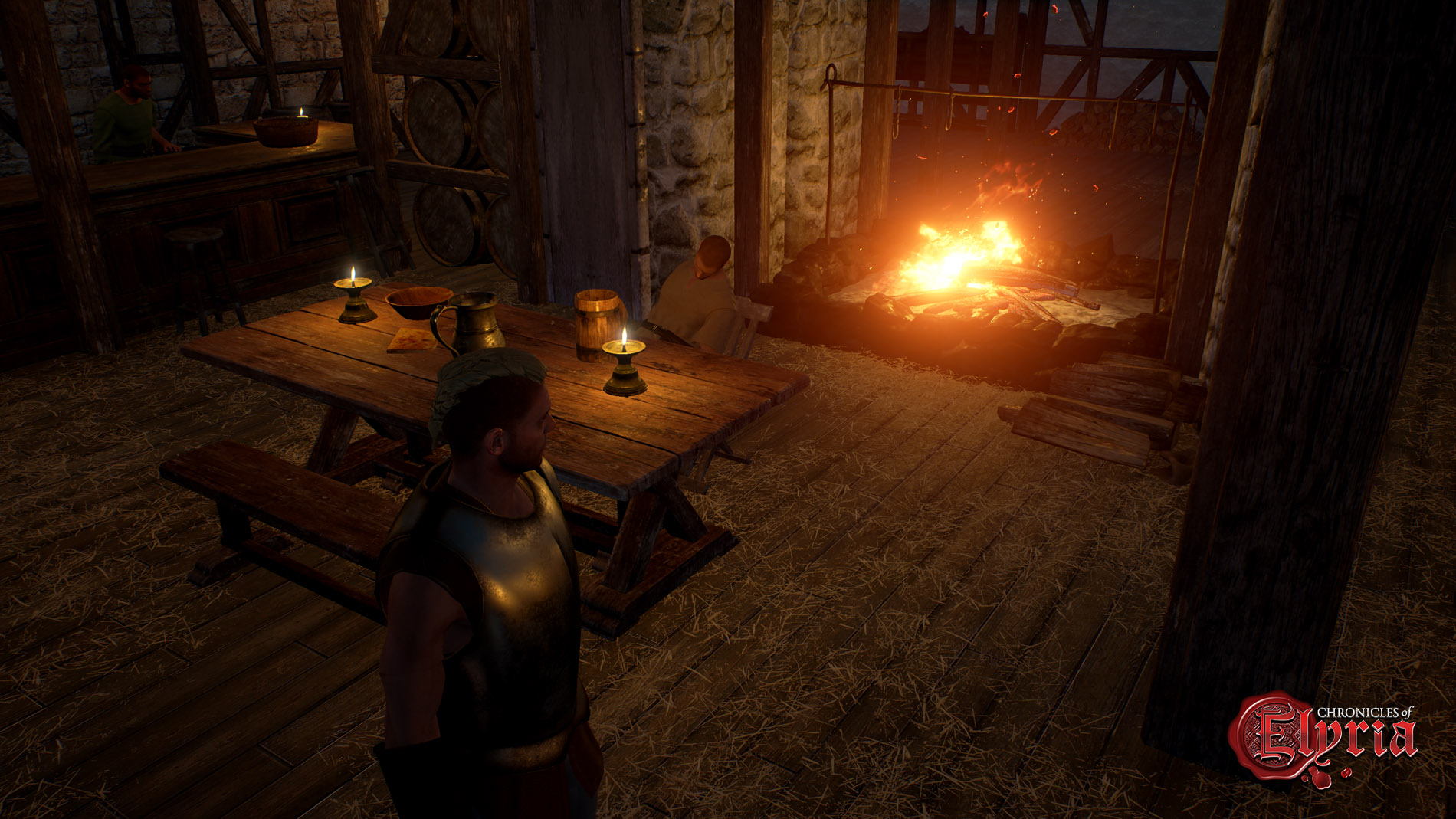 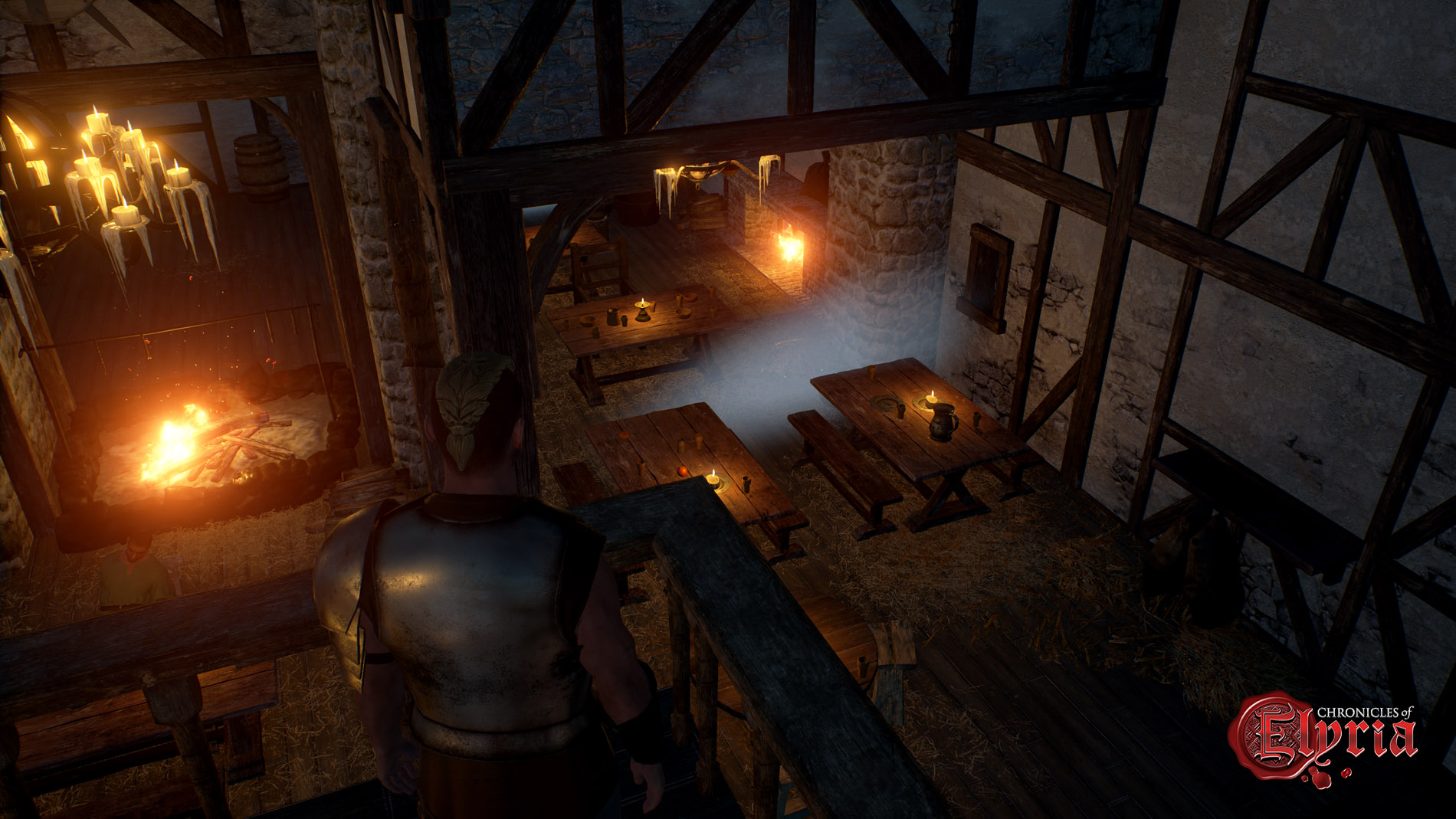 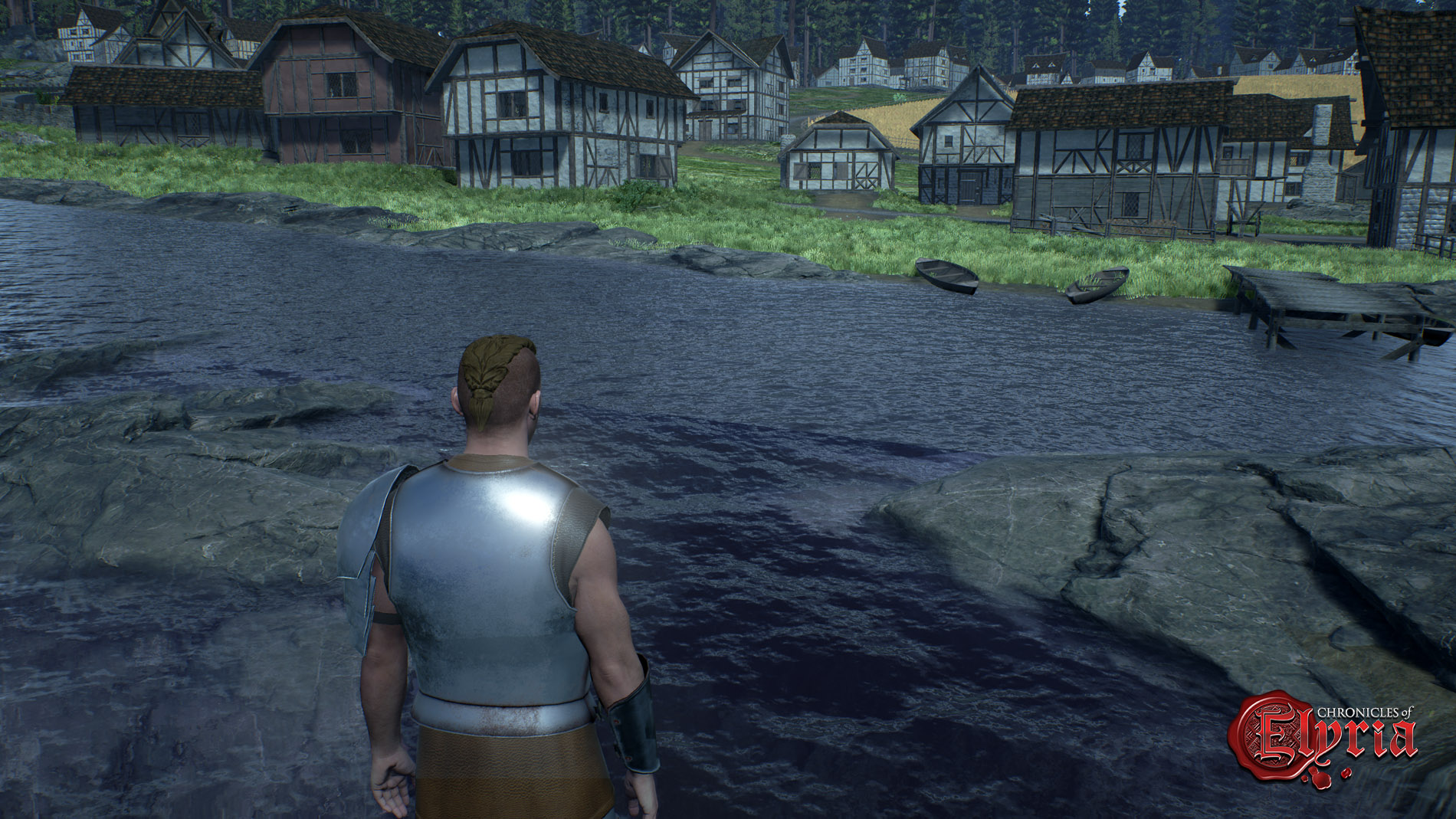 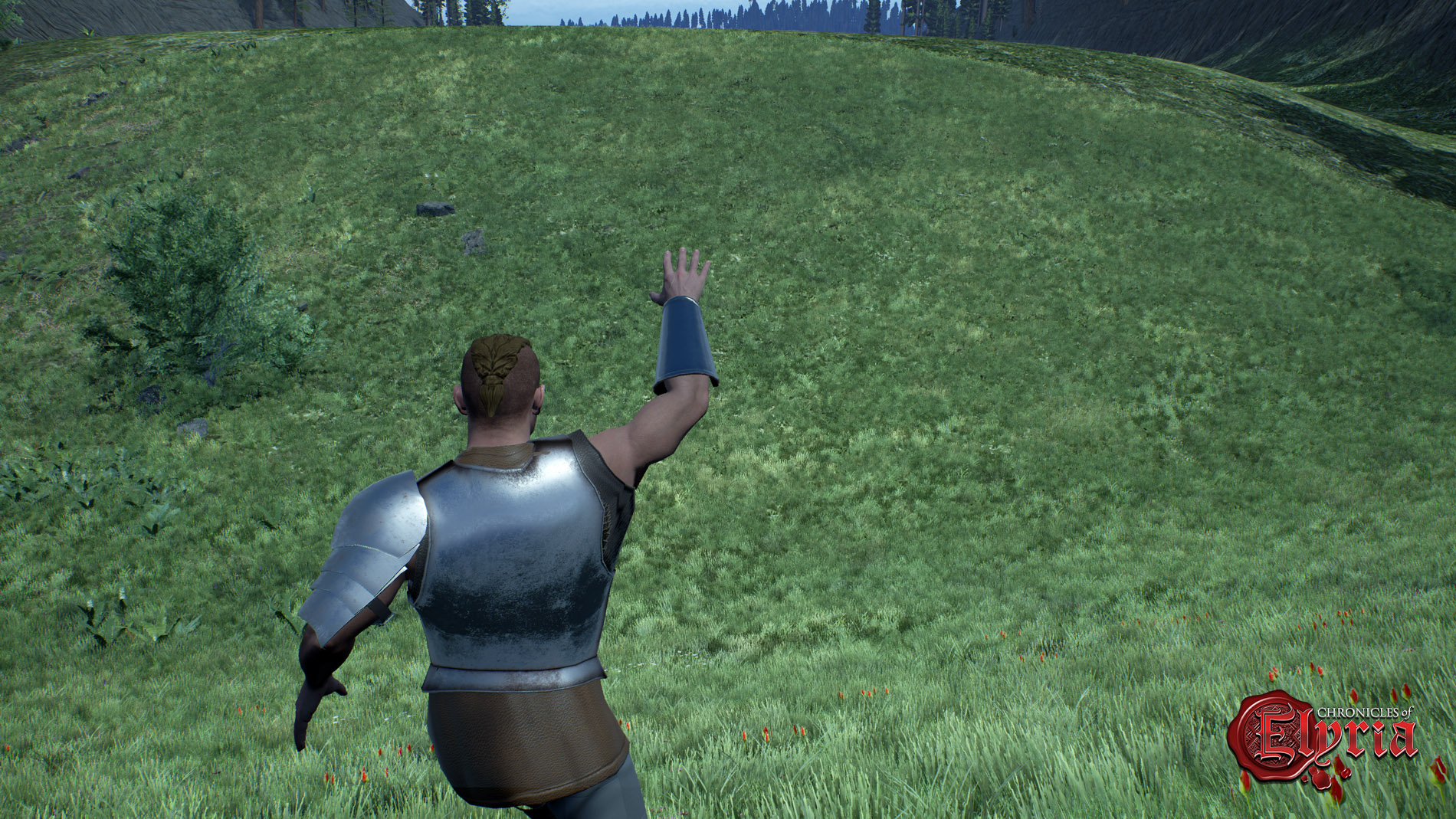 Soulbound Studios is still growing and we haven't updated on our new team members since I joined. While we are still looking for candidates, we have some new additions to introduce!

An animator who joined the team in November after we hit the Gambling stretch goal, Colin has been in the game industry since 2006 on PC, console, and mobile games. Notable games include Star Trek Online and City of Heroes, where he used his talents to put tentacles on enemy's heads, among other accomplishments. He's hilariously deadpan and his sarcasm is over 9000 - a great fit for the team!

Michael is a software engineer who's spent the last 4 years working on gameplay and online modes at EA Sports, but spends the majority of his free time playing RPGs and strategy games. A graduate of the Florida Interactive Entertainment Academy, Michael has abandoned the sunshine of Orlando and traveled 3000 miles to help make the massive, dynamic world of Elyria a reality. He described the interview process at Soulbound as 'the weirdest' and 'probably the best'.

It's a boy! This week we welcomed our first production baby; a time-honored tradition where real-life expansion packs for project team members are released. This one is named Kai ChenHao and provides several exciting new mechanics for designer Jason 'Death' Welter. Death is a natural min/maxer so we expect great things. 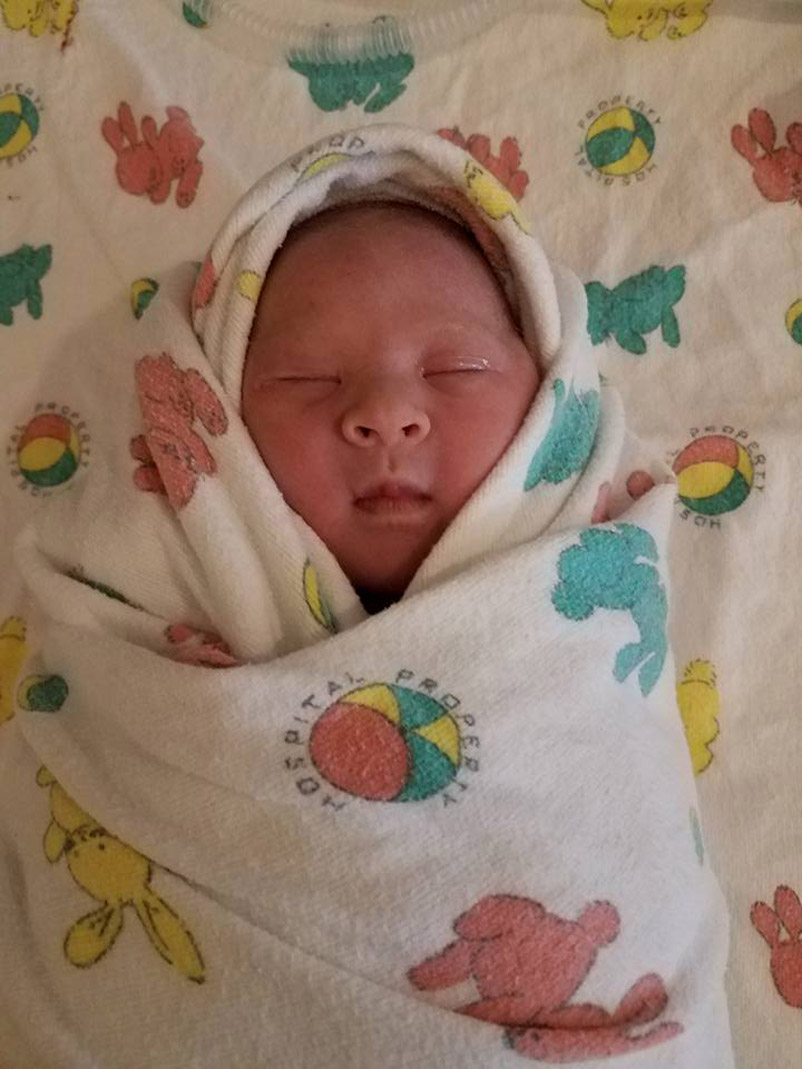 I have a lot of thoughts about the discourse that has gone on about the new packages and, largely, I've been impressed with the reasonable debate and supporting facts. Not many communities can tout such maturity! Still, it is clear that even with the transparency about the valuation of the new packages, there are still concerns. First, that the Kickstarter Exclusive rewards were included in the valuation of the package when it is felt that the risk that our first backers took was the real cost. Second, that manor is just too. damn. sexy!

Allowing our fans to doubt their decision to back us, question their value, or feel cheated is not something that was our intention and is entirely unacceptable to me. It is a simple and easy decision then to retroactively add housing to the Kickstarter pledge packages.

The fully-furnished Villa will be added to the following Kickstarter pledge packages:

These Kickstarter pledge packages will receive an upgrade to a fully-furnished Manor instead:

This will be reflected in an update to the store soon, so your patience is appreciated in the meantime. I know I can count on you all to make sure folks don't get the wrong message in the meantime!

In addition, we may make some adjustments to the EP when we get closer to the launch of the EP store. The EP tables were not yet balanced - nor could they be - without more of the items designed. So please ignore any of the previously posted EP prices for anything and, instead, hold onto this: our intention is that the amount of EP in your package is designed for the average player to be able to buy exposition items suitable for that tier. For example, a Merchant will be able to get what equipment they need to function as a merchant, a Count will be able to design an average County and cover their Barony as well. A King or Queen will be able to provide an average set-up for their Kingdom, Duchy, County, and Barony. That's the intention. We're not trying to bait and switch an up-sell for more EP - it wouldn't be in our best interest. We will be relying on the folks in Exposition to build their civilization so it behooves us to make sure you all can do it!

The Web We Weave

We pushed out some fixes today for a few issues on the website. Most of these were features from the store update in December.

There are some other things we will be adding soon, in addition to retroactively improving the Kickstarter packages. Namely, itemizing the individual rewards so that greying-out functions between old and new packages correctly, and setting up a way to select one's server so that we can begin to definitively assign kingdoms, duchies, and counties to the intended server. This will help with things we are planning for settlement selection, as well as putting the appropriate caps on nobility packages.

We are getting very close to the end of the contest and we've seen some awesome entries! It's been very cool to see what the community has come up with and what Elyria means to you. Submissions will be accepted through Sunday, January 15th. Winners will be announced on Wednesday, January 18th.

As a reminder of how to enter, upload an image and tweet it to @SoulboundStudio with the hashtag #ElyriaOnEarth! Entries must be submitted by January 15th to be eligible. To remind you about the fabulous prizes, they are:

If you were waiting for the last minute to enter, then now is the time! Show us what #ElyriaOnEarth looks like to you!

Our last Q&A on Biomes has been edited down to a more easily digestible size and is now available to watch here on our YouTube channel. It's got nifty camera angles and I'm pretty sure you can make out the mind map Souzou tried to show from his journal. You can still watch the full version here as well.

It's also time to announce our next Q&A! Please join us on our Twitch.tv channel on Thursday, January 26th at 12pm PST / 3pm EST / 8pm GMT for another Live Q&A session. The topic this time is Settlements!

Caspian will hopefully be joined by designer and new father Jason “Death” Welter to answer your questions in this 1-hour-ish Q&A live stream. We will be taking both pre-voted questions on reddit, as well as responding live to follow-up questions from those watching.

There have been some design journals that have touched on settlements before in different ways. They are here, here, and here. Check them out ahead of time so you can be well-informed!

For those who miss it, the recording will be watchable on Twitch.tv for a limited time afterward and on our YouTube channel forever. So even if you can’t make the live session, your question from reddit may still be answered.

Please follow these rules when posting questions for the Q&A.

In addition, many of the most common questions about CoE can be answered by reading over our design journals. If you're new to CoE, there is a wealth of information to begin with there.