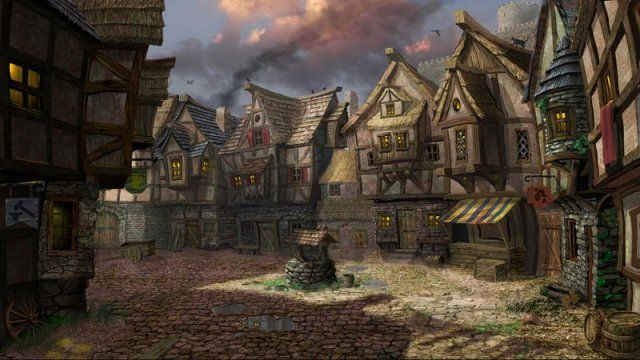 A Town in the Kingdom of Vornair

The humble town of Hitch, located in the High King's county of Penrith, is seeking those wishing to register themselves as citizens! All who are interested in becoming citizens are encouraged to send the brief application (at the bottom of the page) to me via PMs so that we can begin organizing and preparing for that glorious day when we finally get to see our fair little settlement!

I will create a town Roster based off the applications as well as PM citizens over time to give them any updates as necessary.

My goal with Hitch is to create a town in which its citizens are constructive and active members of the community. I want us to have a sturdy militia force, a town that is sensibly organized that promotes growth for its peoples, and is fun to be in with members of the settlement coming to know and interact with one another regularly.

A few points on how I intend to run the town:

The Rise of Hitch and Clan Caro-

Clan Caro rose during the turbulent times of the War of Many Banners, when the Deranged King marched into the Scattered Lands in his quest to dominate the world. Though they were simple merchants when the fighting first broke out, the circumstances of war found Valien Caro creating the refuge of Hitch for those displaced by the Xeilias Empire’s forces, with a respectable militia force determined to keep their new home safe. When Clan Rhyne, whose lands in which Hitch had been founded, called for unity among the clans the Caro’s were quick to accept, and Valien gathered all Hitch could spare to march off and join in the war.

The warriors of Hitch fought at nearly every major engagement, including the defeat of Xeilias forces after the Heimdallr’s sacrifice at Clogaust Pass, and the Siege of Archeon where the Empire was defeated. By the end of the war only a few of the original militia who joined Valien were able to return to him back to their home, but their service allowed for an entire generation to be born and raised in Hitch, not having to have suffered the horrors of war first hand.

Application - PM me the Following!

Profession (and Specialty if known):

Profession (and Specialty if known): Captain of the Crimson Guard

The Band originally hired to escort the caravan, they decided to hunker down with the caravan members over the winter and were convinced to remain at the trading post to offer continual protection. They were eventually absorbed by the town and became the official security force of Hitch.

I am glad to see more Mayors join Vornair. I spoke with some of your group, and you guys sound like amazing people. While we won't be in the same Duchy, I am excited to see you in our Kingdom. Beautiful post my friend.

I am glad to see more Mayors join Vornair. I spoke with some of your group, and you guys sound like amazing people. While we won't be in the same Duchy, I am excited to see you in our Kingdom. Beautiful post my friend.

Danka! Lovin' it in Vornair so far, looking forward to watching the CoE community boom and more fresh faces in the Kingdom, and hopefully in Hitch!

Good talking to you the other day Hostile and look forward to more people with an interest messaging me their information. Always happy to talk with people who are interested about what they would like to see in our happy little community.

More additions to Hitch, welcome welcome! Good to have more folks. Feel free to send suggestions for what you'd like to see happen in town!

Updated OP with Discord and Vornair website to get people on Discord together! Great community so don't feel shy, participate or not as much as you like on the discord.

gasp Adam just highjacked my thread! OFF WITH HIS HEAD! (it rhymes...hehe)

Gave the OP a little update, looking forward to the coming year to be a great one for CoE.