The Væringjar Guard started as a group of able bodied adventurers led by the Jura clan based near the county of Penrith, the heart of the Rhynelands. Legend has it that a group of these adventurers happened upon a den full of riches and wonders the like of which had never been seen in the northlands. While taking in the spoils of their find they woke a creature who had been dormant for countless years, possibly since even before the Burning. An ancient white dragon froze them solid right where they stood, only one who had made a trip outside to… relieve himself, had been spared and lived to tell the story. He spread word immediately to the leader of clan Jura. Having known his men and women had brought this plague upon the land, he immediately set to work to protect its people from the ancient beasty. Three hamlets had fallen to the dragon’s wrath before the Jura clan could muster the resources needed to take on the beast, and the word had spread to the Duke/Duchess of the Rhynelands, who word said was leading his contingent of men to take on the beast himself. The Duke/Duchess arrived in the area, tracking the devastation left in the creature’s wake. He was shocked to find a large contingent of men and women celebrating together and tending their wounded. A huge white dragon lay in the remains of a city block, with a dark haired, fine bearded, mountain of a man on top of it, harvesting scales and the meat of the creature and passing the material around to those around him. It was that day that the Rhynelands recruited the Væringjar Guard to coordinate it’s lands protectors and to safe guard the Rhyne Clan’s ancestral homeland: Penrith County.

Chain of Command and Unit Make up

The Constable will be handpicked by each of the Counts in the Rhynelands. A Constable will manage a precinct in a county. There will be a range from 8-64 counties. A Constable must ensure his Sheriff’s are effectively managing the Sergeants, but must not micro manage individual Deputies or Sergeants. Depending on the size of the County, a Constable may manage anywhere between 2 and 10 Sheriff’s. The Constable will also send weekly reports to the Grand Constable on the readiness, effectiveness, strengths, weaknesses of each precinct under his command. Equipment necessities are included. Failure to provide accurate information may result in dismissal. Ignorance is no excuse and leads to ancient white dragon plagues. A Constable must be able to effectively lead without favoritism, and must not use their rank or grade to attain pleasure, profit, or personal safety.

A Sheriff directly supervises a town and are directly picked by the County of the County that town resides in unless that authority is delegated to the town’s Baron or Mayor. Each Sheriff will have approximately 1 - 3 Sergeants under their authority depending on the size of their town. As in the case of the Constable, a Sheriff must demonstrate ability to lead without favoritism, and must not use their rank or grade to attain pleasure, profit, or personal safety. The Sheriff will send weekly reports to the Constable on the on the readiness, effectiveness, strengths, and weaknesses of each platoon under his command. Equipment necessities are included. Failure to provide accurate information may result in dismissal. Ignorance is no excuse and don’t forget, it leads to ancient white dragon plagues!

A Sergeant is the immediate supervisor to all Deputies, and are selected directly by the Sheriff of their city. Deputies are essentially the NPC guards in any given city. Sergeants must be stern but fair in all awards and punishments. They must make quick decisions in the absence of orders. Not every decision will be right, but many instances will require an immediate response. The Sergeant will directly supervise anywhere between 5 and 10 deputies depending on the size of their city. They must not use their rank or grade to attain pleasure, profit, or personal safety. The Sergeant will send weekly reports to the Sheriff on the readiness, effectiveness, strengths, ancient white dragon plagues, and weaknesses of their squad. The Sergeant will know each of their deputies and create a positive rapport with them. There must not be a barrier to communication between the Sergeant and deputy. The Sergeant will ensure that each Deputy is at their assigned location in the right gear. The Sergeant will develop sectors of patrol within their jurisdiction that satisfies the intents of the Sheriff.

The Captain will be handpicked by the Counts in each County. This position requires trust above anything else. Due to the nature of the Inspectors work, a violation of trust could affect other branches in the Væringjar Guard, or cause ancient white dragon plagues. The Captains duties will include assigning detectives to work cases. Detectives work to gain leads and information on crimes and will channel that information to the Captain who will decide which cases are worth investigating further. The Captain must have an intricate knowledge of all Vornair’s Criminal Law. Deciding which cases are prosecutable and which aren’t will make the Guard run more efficiently, and potentially… prevent ancient white dragon plagues. The Captain will develop strict arrest policies for detectives, only requiring an arrest for the most heinous, high priority crimes, and only when failing to arrest will result in the suspect escaping. The Captain must be tactful if he/she decides to directly supervise the detectives, as they may be working undercover.

The detective must be quick witted, intelligent, creative, and stealthy. They must be able to gather evidence by utilizing innovative means without violating laws. Potentially utilizing deviant skills in order to obtain a confession, or other evidence crucial to the elements of the crime will be permissible. Utilizing disguises and other deviant skills to go undercover into criminal organizations and follow the criminal underground to keep a finger on its pulse. The detective will ONLY make a high priority arrest when time, geographical, or any other restraints make it impossible for a deputy to do so. The reason for this is because the detectives are to blend into the community. Making an arrest will make this impossible, and potentially cause an ancient white dragon plague.

All Væringjar Guardsmen and women will be compensated with wages. Any shops or personal businesses that they own and operate will also be given priority when we are looking to fulfill contracts related to the Væringjar Guard. It is not expected that a member of the Væringjar Guard will be full time in the guard, unless working undercover, that being said you are encouraged to both have your off-time businesses and leisure but also to be very aware of your surroundings and ready to hop into your duties when the need arises. Additionally, all materials, supplies, and housing needed for your Væringjar Guard jobs will be provided to you. If you spend more than 20 years (80 RL days) in the Væringjar Guard your issued gear is yours to keep. If you resign prior to the 20 years your equipment will be recouped. In the event that the Rhynelands or Vornair’s armies are in need of able bodied individuals the Væringjar Guard will expect its members to march with the Heathen Army. Any lands, or material items claimed in these marches will be split between those who were actively engaged and instrumental in the claiming.

Anyone who enjoys PvP with a particular affinity for defense and law enforcement and smaller skirmish styled battle. We are looking for people to fill any of our ranks currently, with as large of an area as there is to cover in CoE there are plenty of leadership and grunt positions that need to be filled. During this pre-launch period we will be looking to fill as many leadership positions as needed, including grooming people if need be so that we can handle the flood of new people who come in at launch. This offer also extends to other PvP groups who are looking to take part in a Guard / defense / small skirmish (against bandit groups) type gameplay. If you do come in as a group, your structure can easily be integrated to ensure that your decision making and coordinating power remains well within your hands.

If you have any questions or wish to join please contact me via Forum PMs, or hop into our Kingdom Discord and contact Baron Haervy Rhyne, King Evelake Rhyne I, or Queen Lagertha Rhyne.

The one with viking ancestry approves

Any relation to Varangian Guard from Darkfall Online? 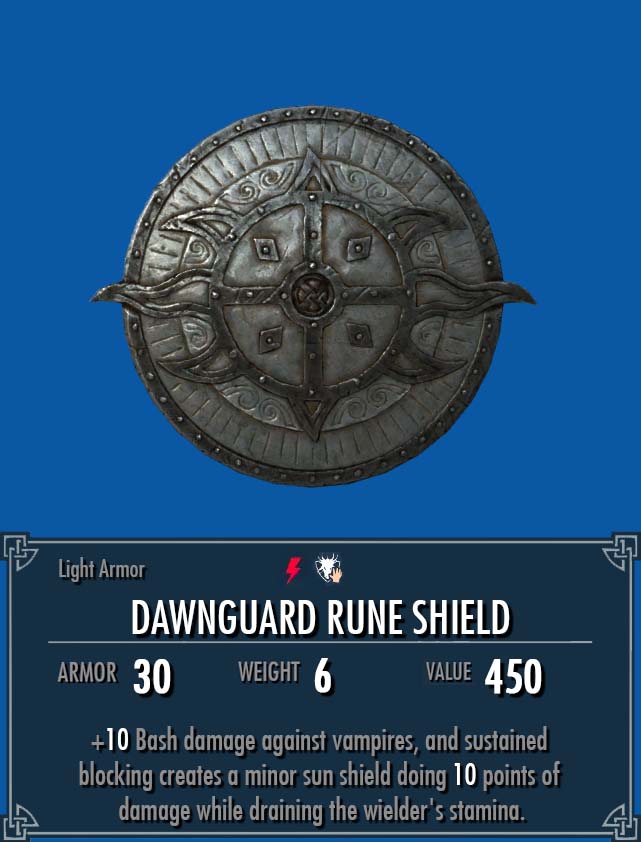 Good to see your county will be safe from vampires! :D

DM sent. I'd like to this myself and members of my community would fit these positions well.