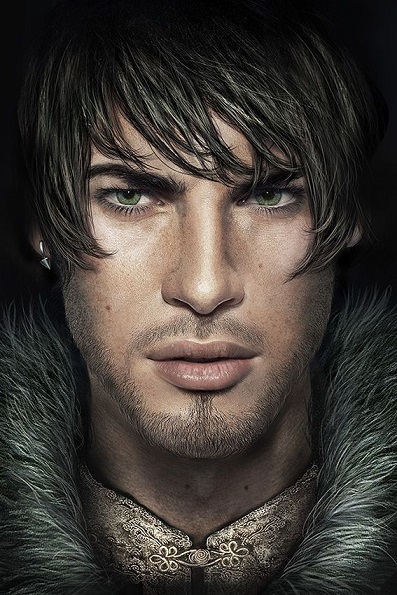 (I want to apologize for my English, it's far from perfection, but I'm from Belgium. So, be kind with me please…)

Nestled in the lowlands north of Midgard County, the small town of Bracy is a haven of peace. Surrounded by coniferous forests and cultivable lands, it is ideally situated to take advantage of the trade between Valedor, capital of Midgard County, and the great port city of Ljonshöfn, capital of the Duchy of Ljon. Indeed, the city lies not only on a direct road connecting the two cities, but it is also at the foot of a navigable river, excellent gateway to the outside of Midgard and Duchy.

Despite its small size, Bracy is full of opportunities and very important infrastructure. The influx of wood, game, fish and farmland can feed all the inhabitants and build everything the Mayor needs to make this small town a great cultural and commercial city. Because it's his ambition, nothing less!

The population, made up of 75% Brudvir and 25% Hrothi, has a large number of families working in the fields of agriculture, livestock farming and carpentry. An excellent promise for the future, because the development of a city also passes through its ability to feed its inhabitants and build up supplies for the winter.

Some infrastructures also make it possible to reinforce this power of self-subsistence, such as the commercial road crossing the city and spanning the river, the water points, the tavern, the houses of food artisans (milk, meat, fish, ...) and agricultural fields allowing the influx of cereals and other crops. The wool is a product that can also become very important for the city, because the number of shepherds is large and the Bracians are excellent in the breeding, the maintenance and the care of the animals.

The climate, rather mild despite the proximity of the mountains, allows a classical culture and regular harvest periods. The river is rarely frozen by ice, guaranteeing a regular transit between Bracy and the outside, thus ensuring the supply of products not present on site and essential to the population and development of the city.

* Bracy, Capital of Knowledge and Wisdom *

Bracy is also famous for its Scholars Institute. A great structure that is destined to form the elite of the society of the Kingdom of Demalion, of which Midgard is a part. Scribe, Lawyer, Architect, Geographer, Bard, Historian, Geologist, Cartographer, Doctor and Herbalist belong to the trades taught in this extraordinary University, grouping together a whole of buildings allowing not only the formation of the Discipuli, but also their subsistence ( inn, land, crops, etc.).

The organization of the Institute is quite strict but promises great freedom of expression and an exemplary democratic exercise. In addition, the commitment of his Liber Dominus is to allow anyone to benefit from the services of this institution, against a few coins, whether contracts, commitments, construction plans, care ...

The presence of the Scholars Institute in Bracy should bring a large number of new inhabitants and raise the level of global education of the population. Not to mention that many travelers will probably be interested in discovering this great infrastructure and its positive consequences on its direct environment.

Bracy also hosts two very important structures in the tradition of County and Duchy: the Arena and the Sacred Fields. Dedicated to glorify the martial vocation, the two domains have a completely different vision and approach.

The arenas are dedicated to the deadly fights and are intended to entertain the whole population by offering them not only these games, but also various cultural, artistic or political activities ! If, during fighitng shows, the goal is to survive for the fighters, the reward is often honorary more than anything else. But for a fighter of the Arena, Glory is often the only purpose of its existence, making it the idol of the popular masses.

The Sacred Fields, even though they entertain the people, are almost destined to celebrate the Nobility and Chivalry. They welcome Lices and Tournaments of Jousting which make the pleasure of the high spheres of the County, and allow to acquire Titles, wealth and also, a reputation.

As you can imagine, these two attractions make Bracy a great center of interest for the entire region, not just for Midgard County or the Duchy of Ljon, but for Demalion and the Continent as a whole. Because everyone is welcome in the arena and all noble of good morality is warmly welcomed in the Sacred Fields!

* Bracy, the future jewel of Midgard! *

Erik Gudnarsson, the Mayor of Bracy, expects each of his fellow citizens to embark on the path of hard work, honesty and progress, in order to guarantee Bracy the greatness that must be his! Everything will be done to make this small town a huge city both famous for its culture, its trade, its traditions, its knowledge and its security.

The voices of residents will be heard through grievances and regular public opinion polls of the authorities, their decisions and the management of the city as a whole. For this, a Convention will be drafted and posted at the City Hall and the Scribes of the Scholars Institute will be involved to ensure the smooth operation of the whole.

Projects are already considered in order to quickly develop the economy of the city. Let's mention the main ones:

• Intensify sheep farming to become a very important producer of wool
• Develop the Scholars Institute as much as possible in order to attract a number of more "educated" populations and thus be able to participate greatly in Bracy's cultural and social enrichment.
• Create a port to make river transport much more accessible and faster, thereby contributing to the collective enrichment and the development of new commercial relations
• Centralize the efforts of local producers and artisans to regulate transactions and ensure not only the subsistence of each Bracy family, but also to facilitate the trade of these products.

In order for this project to be as viable as possible, the population must be heavily composed of players, not NPCs. That's why I'm calling you, the great Community of Chronicles of Elyria!

Join us and participate in this great project that is Bracy! There will always be a place for you and your Mayor will always do his best to listen to your requests and respond to them as favorably and quickly as possible.

If you have the ideals of solidarity and honesty, and if you really want to influence the world with your character, do not hesitate to join us and tell us what your project is! Bracy is a whole, and each small project can enrich the whole! 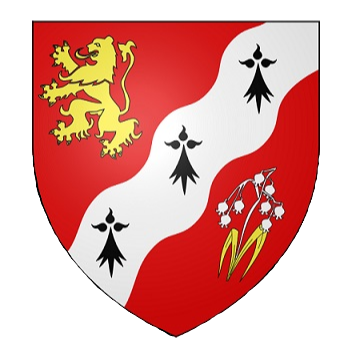 The lion because we are proud and indomitable. The river stylized because, like the rivers and streams, we will mark Midgard of our borrowing. The flowers to symbolize agriculture because our City will be one of the granaries of the County. The three peaks lit up to symbolize the three Councilors who lead Bracy.

Our motto is: "Amor patriae nostra lex" - The love of the Fatherland is our Law. We insist that we are Midgardians, and that we devote ourselves body and soul to Midgard. Our existence and our prosperity are linked to those of our county.

* Erik Gudnarsson *
* Mayor of Bracy *
* Advisor to the Count of Midgard *

Many new things are going on in the office of Bracy's Mayor. Major développements are in progress and the Town should play a major role in the Midgard's County, or even in the Duchy of Lyon. Dont miss all the possibilities provided by Bracy to enjoy your COE's experience.

The domain's selection being completed for me, it will be time to update this post and especially to launch the applications to welcome all those who wish to join our project. Remember, if this city is a project in itself, every project, idea or desire that you could bring is a plus for us! "Only one moves quickly, together we advance far"!

I will update the presentation as soon as possible.