The county is focused on the metallurgy and the breeding, installing on the side of a mountain it profits from rich deposits of metals being a mountainous ground, it was not recommended to make agriculture on it, 'Where came the idea of embarking on the breeding in this way the county knew to cross the ages.

Valedor is the county capital, it is rather centered on the recruitment of a powerful defense force to counter any attempts of nuisance on the citizens having an imposing wall and a Castle on her center Called the Castle of Midgard ready to receive the people in case of attack on the territory. Welcome traveller to the County of Midgard. In the foothills and mountains there lies the County of Midgard. It is a prosperous place filled with mining towns and craftsmen of the highest order. The people of Midgard are hard working and industrious, the sort that any county can take pride in. Miners and loggers, craftsmen and woodsfolk. In fact it can be said some of the finest goods in come from the smithies and forges of Midgard. Mining forms the backbone of the Midgardian economy as the land is rich in ore and mineral wealth of all kinds which is traded up and down Lyon and generates prosperity for all. The other area that Midgardians specialize in is the art of animal husbandry and breeding, out of the Midgardian stables come some of the finest beasts in all of the Duchy of Lyon, strengthened through the hardships of their mountainous homeland.

Legend has it that in the time of our forefathers, the midgardians were a poor people, eking out a meagre living at the fringes of habitable land. The harsh soil offered little but hardship, and farmers farmed stone more than anything else.

Then one day a young mann discovered a wounded phoenix by a rocky outcropping, overlooking his own fields. The creature was lying there, unable to burn and die, to arise again, yet too wounded to live alone. The young mann had a choice, to kill the creature, to let it live or to nurse it back to health. Being a compassionate soul, he wished to kill the poor beast for it seemed the quickest, most painless path. So he picked up a stone, ready to kill but found out he could not. There was too much intelligence, pain and understanding in those swirling flame eyes. He cared for the phoenix, nursing it back to health until it could finally walk again. The bird followed him everywhere, through the hills and valleys, up the mountain slopes, riding on his shoulders or nipping at his heels. The people knew him as beloved of the phoenix. But all things must end and the phoenix managed to recover enough so that it could fly.

Sadness took hold of the mann for he knew that his boon companion was about to leave him, but no matter how tempted he was to cage his friend, his compassion was stronger. A phoenix was meant to fly, to race through the sky on wings of flame. Then one day it was gone, the young mann awoke to find his friend had left him in the night and taken flight. The following weeks were spent in a slump, with back breaking labor of little yield until one night the villagers saw in the mountains. It seemed a strange occurrence but people paid little heed. On the second night it came again, but still they did not venture up into the hills. After the third night, the people decided to investigate. Venturing forth with a party from the village, the young mann climbed the mountain towards the light.

To their surprise the source of the light was none other than the phoenix, rested and healed, burning brightly against the starry sky. The villagers gazed in awe as the phoenix started pecking at the mountainside. Peck, peck, peck peck, it chipped away at the rock revealing underneath a thin veneer of rock, a glittering vein. That was when it all changed for the people of Midgard. The riches unearthed by the phoenix heralded an era of prosperity for all and so the phoenix was heralded as the savior of the people of Midgard. Today, Midgard is a prosperous place, shepherded over by its Count, C.VanHarsen, who ensures that his county flourishes. He is aided in his endeavours by an elected Senate, who advise on legislation, so as to ensure that all citizens of his domain are well taken care of.

Name of the County: County of Midgard

Rich of metal, valorous men who devote themselves to metallurgy, are among the most famous of the kingdom, their mastery and their savori make, we succeeded in making sure that no one is unaware that Midgard manufactures only the tools of MidGard Are sustainable and of quality. Having proven itself the county is one of the main suppliers of Skuldheim. When one of the blacksmiths makes a weapon, it is not uncommon to hear the thunder that is added to the hammer hammer!

Being a rich and prosper County, we will create a Senate, that will allow citizen of the county to vote special laws so everyone have their words to share.

Very nice.. cannot wait to visit it in game.

Thanks you my friend i really appreciate your offer and may we work together on a better future. 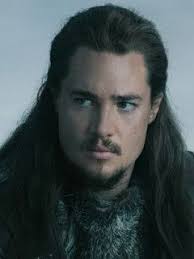 The Duchy of Lyon is Proud to have your community and we look forward to many adventures and prosperity!