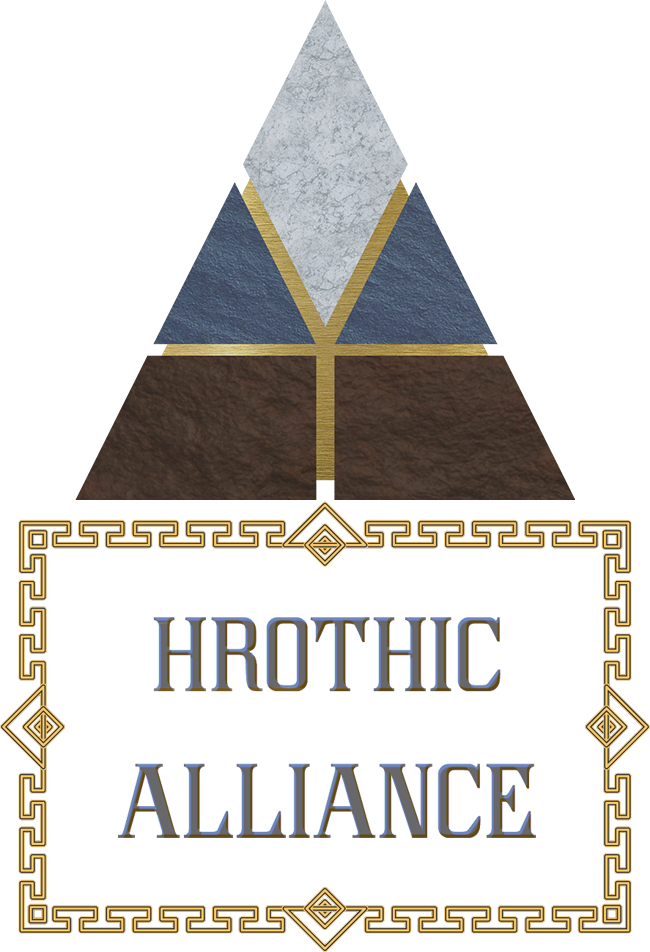 The Hrothic Alliance of Aequitas is a duchy on Oceanus, formed initially as a band of Hrothi-loving counts that then obtained its own duke title. Its original focus was to ensure the tribe had a political voice in the pre-launch decisions on the server, as well as to build and maintain a Hrothi community which would thrive after launch, and this remains true. We are officially based within the duchy of Dawn's Throne in the Free Duchies of Aequitas.

If you wish to play Hrothi on OCE, if you're curious about what they can bring to the table relative to the other tribes of Mann, or even if you're uninterested in Hrothi but wish to settle in a vast mountainous land with a no-worries community, read on. Our origin as lower-level backers means we're happy to support any players' ideas, no matter what pledge. 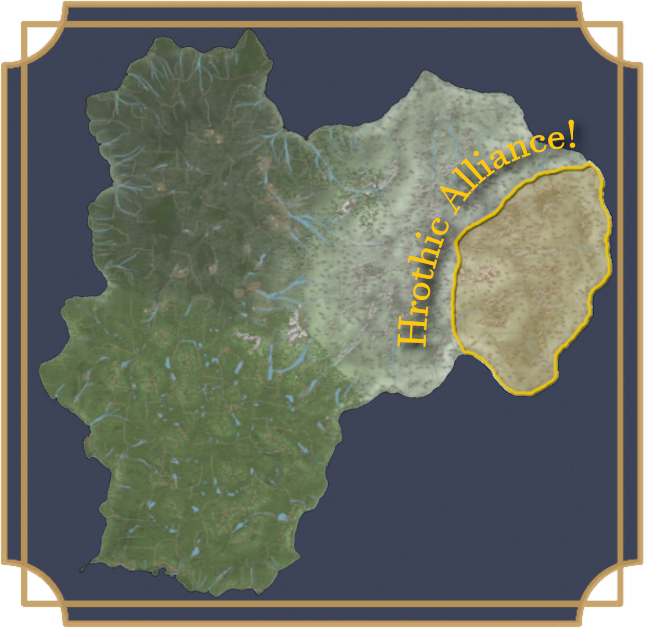 Our lands have a few major features of interest. Most obviously are the mountains - of which the Alpine Tundra is the highest biome in the whole game. The vast peaks, kilometers tall, dwarf over the rest of the islands of Oceanus, filled with minerals and mystery!

Outside of the mountains lie vast dryland valleys, which can host livestock and agriculture, and plenty of Hrothi towns and cities! It's also some of the tougher terrain, leading to true challenges out in the wilderness if you stray off the Hrothi highways.

And for the more adventurous, there's always the coast, allowing crucial trade over sea to the Brudvir and Neran who also call Aequitas home - or a good position to set out in exploration of new, colder lands to the unknown north and east.

With all that said, what are the main things we think a player can benefit from if you come and settle with us? This list isn't exhaustive, but it covers the largest concepts.

Watch this space - as each community within the HAA puts up a thread, this section will be updated! Looking great! Thanks for the hard work you put into this.

The Ninth Mountain sends their regards to the many mountains in the Hrothic Alliance.

Thanks Hajime, we're looking forward to seeing just how heavy a footprint the Hrothi playerbase can make on the world!

Looking great! Thanks for the hard work you put into this.

Hey, no worries, my queen.

The Ninth Mountain sends their regards to the many mountains in the Hrothic Alliance.

Thanks, you guys! I hope you enjoy your slice of the mountain ranges.

good to see some hrothi love

As of today, thanks to title trading being unveiled, we are no longer a duchy in spirit - thanks to the hard work of those in the kingdom of Aequitas and the fellows intending to live in this duchy, we've managed do the final work and wrangle my title, making everything here legitimate!

As Domain & Settlement Selection is also approaching quickly, I will put out a call for prospective Hrothies. Come one, come all, and have a look at what we have to offer. Quite a large amount of the mountain is ripe for the taking, along with its treasures!

Finally, I have updated the thread to reflect a new duchy preference, and the change in biome. Just in time for my selection window in a couple of days. 😅