The Clan is Recruiting! 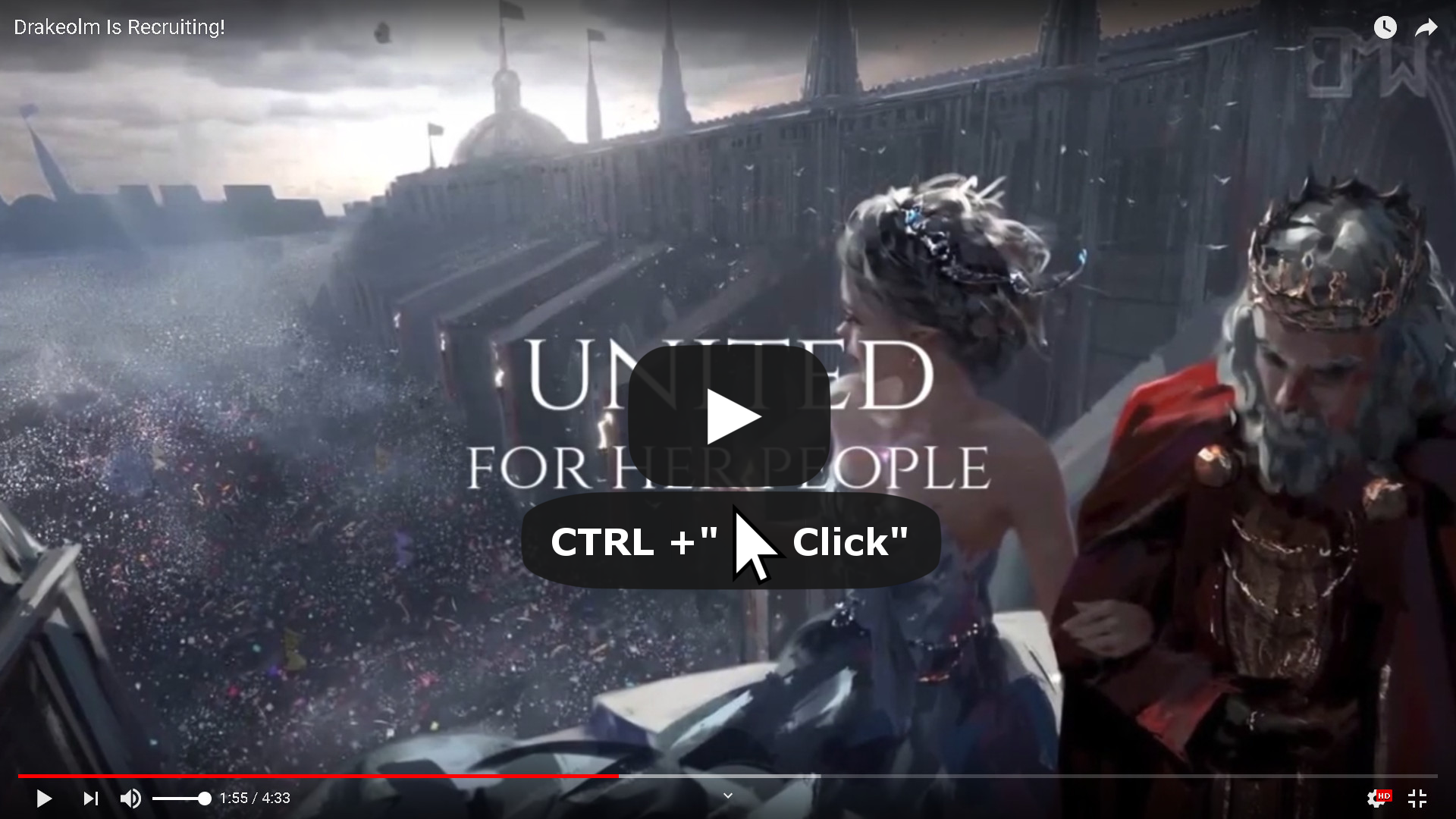 Veikryss is a county of strong connections. The belief that strong roads to friends and trading partners will benefit all. Infrastructure and amenities are at the center of any thriving civilization and for a game like Elyria, the same is true.

PvP is inevitable, which is why our strong economy will often help fuel our own militia as well as the military of the collective, duchy, and kingdom as a whole. Despite being surrounded by strong allies Veikryss must do everything possible to ensure the defense of the lands many have worked so hard for. The people of Veikryss are fair and kind people, but not to be mistaken for flower pickers. Many come through the crossroads and those who dare to harm friends, family, and trading partners, are sorely misguided.

Who We Look For

The County of Veikryss like the Hammerbull Dominion wants those who make their own destiny. Whether your destiny is to be an adventurer or a farmer, both are necessary.

The pounding of your footsteps is lost in the bustling metropolis that is Aevum. The cobblestone streets are filled with boisterous shopkeeps, and adventurers preparing for their next quest. In the distance, you can see the keep. A citadel of the two-fold queen, and where the count resides. The spires that climb out of the fortress leave you breathless. However, the county of Veikryss wasn't always like this.

The shrub in which we now call home was left divided and unkempt by the small disjointed villages and bands of wandering barbarians. The at the time humble clan of Hammerbull had been burned by their rulers and been forced to settle somewhere unexpected. They settled the shrub-steppe and created a unified dominion. One of the oldest children of the Dominion was given Veikryss for his merits achieved both in battle and with a quill.

Soon Veikryss became a center of culture, trade, and research. Adventurers flooded the lands like the river after a monsoon, in search of reliable contracts. Those who have sought to make a difference are those whose names will be remembered.

May your name live on for eternity The eternal city of Aevum stands proud due to the stalwart attitude of its people and its walls. A city is only what the people make of it, and this city is a work of art. The pristine streets and the buildings that tower over it are crafted with precision and a keen eye. Gladiators, adventurers, merchants, and healers, all populate the city of Aevum. A city just as powerful as it is beautiful. 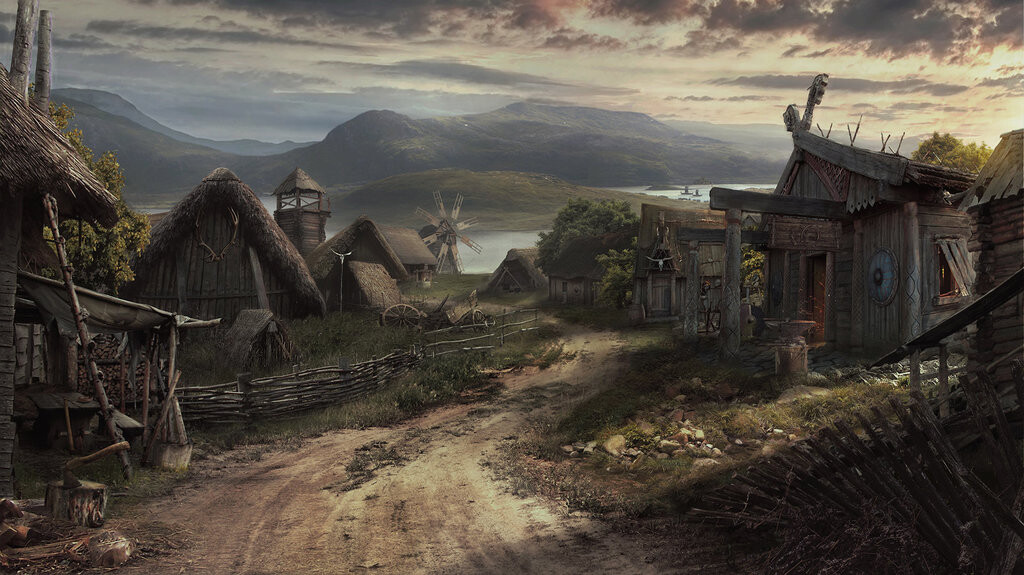 Falkenskoild, where Gods rest and healers nurture. Set along the fluttering Grasslands of Veikryss lay this quiet town. Falkenskoild boasts many righteous characteristics. Led by the Shield-Maidens of the Clan, Falkenskoild is a town of its people. As you approach, the sound of Tryson can be heard throughout, as grain and barley dance in the wind. Quietly you can see the Order of the Maiden working to adapt their abilities to fight disease and injury. Truly a home away from home.

Reisendes Helligdom stands proud among the vast steppes of the Hammerbull Dominion. A bastion of the Clan’s might she serves as a crossroads for weary travelers and soldiers alike, the headquarters of the Stalhammer Legion as well as a civic gathering place. If it’s military or security related you’ll find it here, patiently watching over her neighbors and people. For Blood and Clan, Reisendes Helligdom rises to defend the Dominion from raiders, bandits, thieves and anyone who might threaten her peoples and holdings.

Our Mothers call is heard by many and answered by few. The Whispering Mother is kind, loving, and adventurous. She has sprouted many temples throughout Stenhus where one might come and train themselves in the healing arts, or employee their skills to those that would give themselves for our safety, as a Daughter of the Mother, both a Doctor and a priest. Let your soul be warmed by the Mothers loving embrace, and find peace in our care. 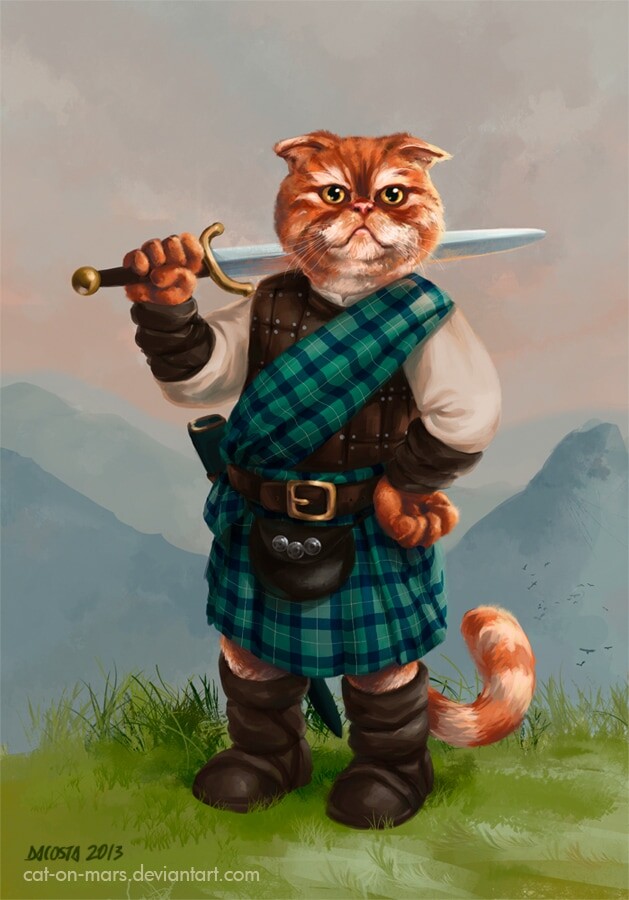 Freya's Battle Companions, based in Falkenskiold, is a 2 part operation. One side is the breeding of specialty animals for accompaniment into battle or dangerous areas. These creatures will include War Trison, War Hounds, and Battle Cats. The other side is the breeding of all other animal species found in Elyria, to prevent extinction of some, and to feed people with others.

Special Thanks to Ylva and Erik Ulfdraugr

I'm excited to see where you go. Knowing the way you treat members of our group, and the take charge attitude you've had I see nothing but good things. A few years ago when I asked you to be a lead of the Clan you were very new to the process but since then you've turned into a hard worker who really tries to help others and do the best for the community for that I am exceedingly proud, and am excited to go into Elyria with you. I look forward to what you and the rest of Veikryss will do.

Wow Tarvald you had to go and get sentimental on me. Seriously though what you said means a lot and I am excited to see how the clan continues to grow from here.

Thanks Vindhler :) I'll be adding more to it soon.

Congratulations on your recent mayors brother. You do our name proud.

Thanks man I appreciate it :) glad to see us growing so soon after announcing ourselves to the public.

I see the improvements you've done to this post, and it looks solid! Great job Callemius.

So proud to have been your first mayor!!! Can't wait to see what we accomplish! Love you, bro!!

“You don’t just give up. You don’t just let things happen. You make a stand! You say no! You have the guts to do what’s right, even when everyone else just runs away.”-Rose Tyler Friend Code B72707

Thanks Ylva I appreciate the kind words. I'm also super pumped! so excited to see how we continue to grow! Thanks Logran! I'm working on some updates so stay tuned ;)

I see the info regarding Freya's battle companions. Is there any plans to have satellite stations?

As more mayors have joined the County of Veikryss I've noticed a certain level of teamwork and activity that is distinctly unique throughout the Chronicles of Elyria community. I just wanted to stop i here Callemius and say congratulations on picking up Lok-Hoi and your other Mayors, they've done nothing but bring an amazing assortment of skills to the table that have really helped our cause. Part of an excellent group of people who have made the wait for this game enjoyable; both via discussions about it, tv shows, and in the play of other games.