Are we ready to shine today? Last week’s shiny featured several minutes of pre-alpha gameplay which was fun! And huge! But I think that this week I want to slow it down a bit and finally fulfill one of the requests we’ve heard from you, the community, quite a few times. You wanted to see some of the Hrothi architecture stuff, and there really isn’t a reason to wait, so I figured maybe this was the day for it.

Let’s take it from the top: 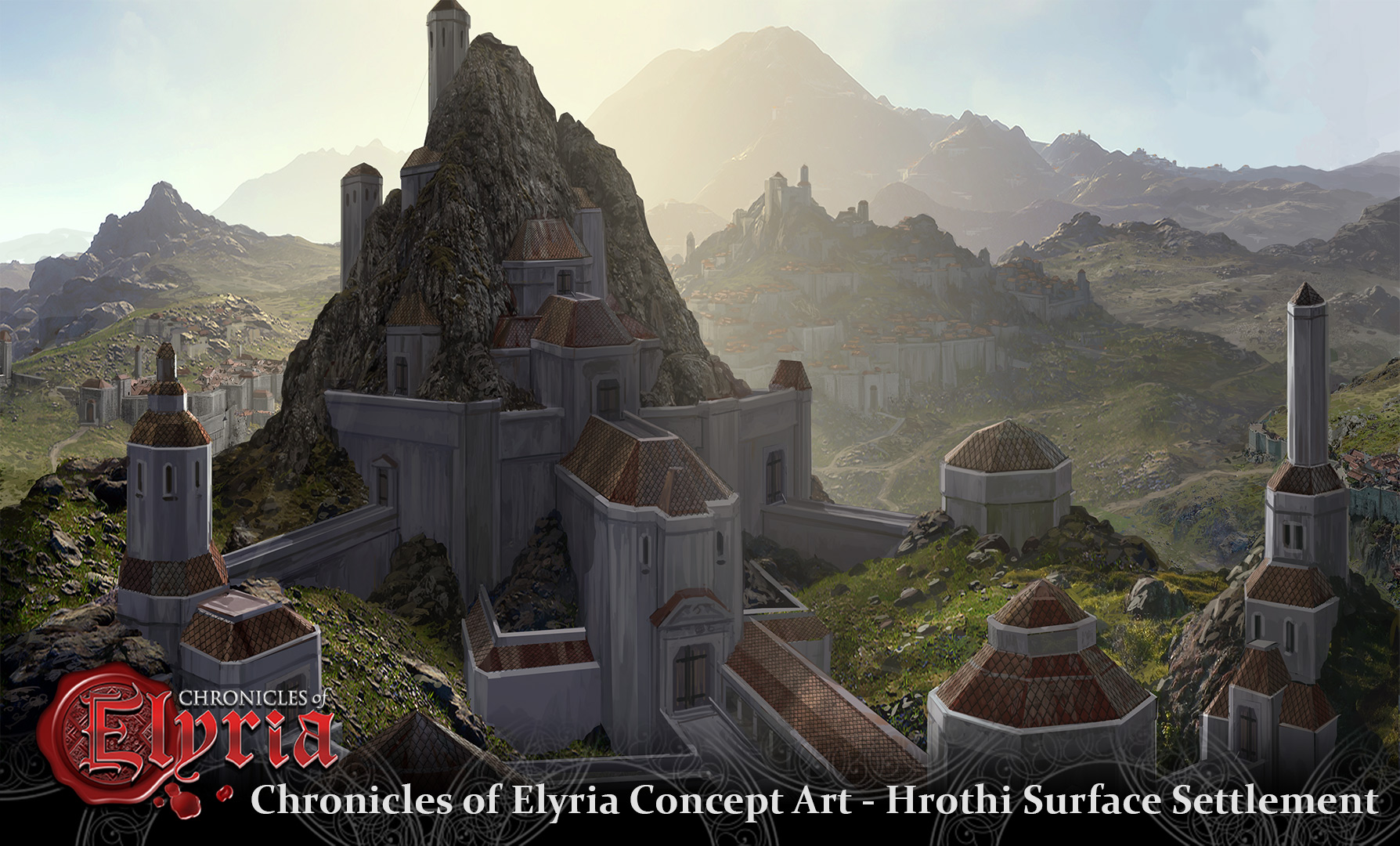 Two things to keep in mind with the Hrothi are that not all Hrothi settlements are the same, they take the local terrain both above and below ground into account, and that what you see on the surface is usually just the tip of the iceberg.

The Hrothi always take advantage of what they find as they dig around. If a hill turns out to contain a natural cavern, or if the terrain is shot through with crystal that can be used to channel or diffract light for natural lighting, they’ll incorporate what they find into their settlement planning.

In this instance of his concept art work, Heat was exploring what Hrothi settlements would look like inside natural caverns, so here you see him experimenting with using crystals as light pipes and diffractors in addition to looking at the blending of carved stone and uncarved cavern walls. The paintings are meant to be linked, but the natural grotto is meant to be far below the surface feature and relying on light traveling through the natural crystals found throughout the mountain in question.

And, as I mentioned, not all Hrothi settlements are the same. Natural voids like this grotto are capitalized on, but where they don’t exist, expect to see tighter, smaller tunnels connecting the “buildings” the Hrothi have carved out of the stone, without the broad streets and vaulting ceiling spaces – the Hrothi are just as comfortable when the stone is just above their head as they are when the stone ceiling is far out of reach… perhaps even more comfortable.

Well, that’s it for today’s shiny, I hope you liked it!

Gorgeous. I know where my alt is going.

So exciting. Looking forward to seeing my delving even more now :D

woo excited to see what Kultûhm looks like :P

Looks gorgeous, I look forward to seeing this in the low and high fidelity as the game marches forward.

Your art team is amazing.

Wow that is beautiful. Well done Heat as usual!

Check out the Village of Astyria! We are recruiting!

WOW! Awesome concept art! That Hrothi delving screenshot is amazing! Can't wait to see what Waerd delvings look like, hopefully they will be just as incredible!

Awesome concept art! Living underground is such a great idea.

Very good! I like the aesthetic of this tribe. However ill be sticking with Neran. 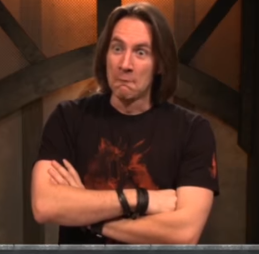 anyone who might have been regretting a delving is now geeking out in their imagination. amazing art!

Very nice! I love the 2 statues seen inside.