The Free Kingdom of Elyria

Are you planning to play on the NA-E (Luna) server? If so, you could be among its nobility!

NA-East is unquestionably filled with strong leaders and dedicated players, committed to making a memorable and enjoyable experience for all. However, one Monarch slot remains, and one Kingdom goes unoccupied. We wanted to ensure that whomever takes the "reigns" of the final NA-E Kingdom is equally strong, with the full support of a large and dedicated following. Here's how we make that happen....

It's my pleasure to announce a brand new event called The Free Kingdom of Elyria.

On November 1, 2017, we'll be adding a new token to the online shop called a Kingdom Token. This token can be purchased for $10 and traded to others just like the Villager or Guild Tokens, but it has different benefits! First, each person who purchases a token will immediately receive 100 EP (Just like the EP100 store item), while the recipient will receive 50 EP for each token they have received at the end of the event. 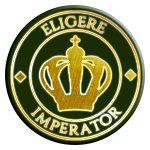 Next, on the token you'll find the text ""Eligere Imperator" which when translated from Latin to English roughly means "choose/vote" and "ruler". That's right, from November 1 until December 31, 2017 you can buy and transfer tokens (cannot be re-transferred) to whomever you feel is the most suited for leadership on the NA-East server!

After the event ends we'll tally up the tokens and award prizes as follows:

† Modified packages do not contain Design Experiences and all counties and duchies awarded are restricted to being inside the 'Free Kingdom' of Luna (NA-E) during settlement/domain selection.

That's it! So who do you want to be the new rulers of Luna? How about you? Get out there and prove your leadership by gaining the most tokens!

The fall of The Empire of Xeilias

In the year 671 of the Fourth Age, the Deranged King began his terrible conquest to become emperor of all the known lands of Elyria. Voracious in his attempt to rule, he drafted his citizens - willingly or otherwise - into his service. Enslaving men, women, and children, he dispatched the ones capable of holding a sword to the far reaches of his empire to encroach upon the lands of Fortuna. Those too young or too old to fight were put to work within Xeilias; forging weapons and siege equipment for the war efforts. And so the Deranged King spread his claws over the continent, cutting a bloody path of war for the next 25 years.

But in the summer of 696, when the old had perished and the children had known no other life than war, the Deranged King's reign came to an end. Stretched too thin, the occupation of Bordweall and failed invasions of the Scattered Lands led to prolonged resistance. Lacking in resources and the will to fight, the armies of the Empire were slowly pushed back when the previously disorganized tribes forged an alliance to rid their home of his oppression.

Simultaneously, the quality of life within the Empire had reached an all-time low, and the people of Xeilias would no longer tolerate the cruel leadership of their tyrannical King. A coup erupted and the King was defeated. With his defeat, and the banishment of the Xeilian family, the Empire fractured and plunged into years of chaos.

After the fall of Xeilias, the tribes of the Scattered Lands that had banded together to fight united under the leadership of Jordyn Rhyne, becoming the current-day Kingdom of Vornair. The region that once housed the grandest and most elegant parts of Xeilias were consumed by what is now the Kingdom of Kairos. Today, within Kairos, lies a Grand Duchy which is said to be the last remnants of House Xeilias - for now. The Kingdom of Fortuna proved its namesake and the area sprang back into health, while Bordweall vowed to never again be occupied.

And finally, a third of the former Empire of Xeilias was left in chaos, devoid of leadership with the previous nobility and aristocracy cast out of the Empire. But rather than wither and die, a new government arose. A kingdom composed of free people who shared nothing more in common than their desire to live in a world without tyranny and oppression. They would be the Free Kingdom of Elyria - they... could be you.

Pledged to the Continued Advancement of the Soulborn Engine and the Chronicling of Elyria,