The hangman asked of the carrion crow, but the raven made reply: Black ride the men who ride with Death, beneath the midnight sky.
And black each steed and grey each skull, and strange each deathly eye. They have given their breath to grey old Death, and yet they cannot die…

Since 1994, the Undead Lords (UDL) have made it their mission to grow a mature community of competitive PvP gamers dedicated to establishing a dominant and respected name in online gaming. Quality over quantity has lead to our success over the last twenty years. To ensure continued success, we seek like-minded and ambitious members who embrace our vision.

Our guild name and lore is based on Myrkul: the Lord of the Dead, also known as the Lord of Bones, one of the Dead Three from Forgotten Realms literature. We are his faithful adherents and are eternally undead. Our fully accepted members are given the title of Knight, and our leaders are deemed as Liches of the Undead Lords.

Bottom line, UDL gets excited for games with good PvP potential and deviant play. CoE looks promising in this respect, and we are eager to track its development.

Undoubtedly this list will be modified as game mechanics come online and are solidified. UDL is looking for individuals willing to act on or support these objectives.

"But I'm more of the crafter/PvE type, how can I fit into the UDL story within CoE?"

What is shadowplay, how will UDL use this concept, what does it require, and how will it fit into the CoE big picture?

Shadowplay is an intelligence metagame, and UDL has had an extensive background in this role throughout the past 20+ years. Simply put it is gathering information on targets of value to produce an outcome that is favorable to UDL.

UDL will use shadowplay in CoE to, among other things;

What does one seeking shadowplay need? It depends on your dedication. Roughly;

Being in the intelligence business theoretically allows operatives to be anywhere. You are not bound to the limits of a single kingdom. In the end, the Arch Shadow of UDL decides who fills specific roles, and how they need to operate. Are you looking to join a prestigious guild for your career in Chronicles of Elyria and beyond? Do you enjoy gaming at the top level in all aspects in a mature environment? Are you looking for a clan with true staying power, and a list of accomplishments dating back longer than most MMO's? If any of these are true for you, you owe it to yourself to contact the Undead Lords.

-Read The Charter-
-Apply to the Undead Lords-

Until more playable game mechanics come online people officially applying to UDL will be considered minions of UDL, capable of living among and communicating with the dead. Your chance to prove yourself as a full member will come closer to launch.

Role play is supported though not required.

What are we doing now?

UDL is starting to ramp up testing in Crowfall. The MMO genre for the PvP community is lackluster at the moment. UDL will be using Crowfall as a way keep our skills and teamwork sharp for upcoming titles still in development.

We also have an active group playing Albion Online, a PvP MMO in a fully released state.

Current titles UDL is tracking for involvement down the road;

You may visit us on Discord with any additional questions.

Glad to see UDL making a showing on NA-W. Superb group. Good to welcome more PVP groups to the Server!

UDL is moving the bulk of its operations to NA-W. More info to come.

I might of missed it but have you determined a Kingdom to join?

It says way up top Duchy of Drakeolm in Kingdom of Blackheart.

We still have an active faction in the 5.7 Crowfall alpha for those mortals looking to dirty their hands

May the souls of the mortals wet our undead tastebuds.

Praise Myrkul, The Lord of Bones. May we succeed in feeding the souls of mortal scrubs tainting the lands of Elyria to the one God of Death. This is my first time reading this post and I find it nice that it's oddly detailed. I'll be looking forward to working with the UDL and hopefully not against haha. 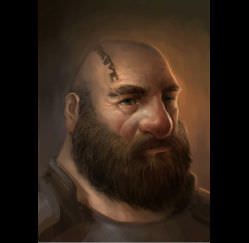 I may sleep a bit easier, knowing your are blood.
I wouldn't want to be on the other side.

I'll make sure to have suitable horses for you.

Very organized and been in the gaming community for a long time. I look forward to seeing your fearsome reputation in action.