Chronicles of a Soulborn: Prologue (OOC)

Let me start by saying that I am a little bit obsessed with this game. Ever since I first found out about Chronicles of Elyria I’ve been reading everything I can about it. I poured through the dev journals, watched old Q&As, read up on all of the tribes, asked questions in Discord, and learned as much as I can about the game. I’m by no means an expert, but I’ve sort of lost myself a little in this world.

Frankly, the reason I am writing this story is that I can’t wait to play CoE. I’m upping my current pledge over the next several months just so that I can start playing sooner in Alpha II. But that’s still too long a wait, so I am going to start playing right now. This story is about my character. It’s not just a piece of fanfiction about some random people that takes place in Elyria. I want to play the game in my head through this story. I plan to work in mechanics of the game as I understand them, such as family structure, skills, tribes, identity and disguises, contracts, even coup de grâce and spirit walking. I might even hint at certain characters transitioning between PC and OPC from time to time just for kicks. ;)

Obviously CoE is a game, and as intricate and full of amazing features as it may be, it wouldn’t make for a very interesting story if I just described what would happen if you were to actually play the game. Forging a sword requires more than tracing an outline within a certain time limit, for example. My point is that it is my goal to tell a story that could reasonably describe what happens to a character in game throughout his life and as such I will have to occasionally deviate from the actual game mechanics for the sake of storytelling. Format The story will be written in the 1st person past tense. My character will describe events and conversations that he just experienced, sort of like a journal. Nothing will be revealed that my character did not observe or understand. It will start at the beginning of my life (i.e., around character creation) and hopefully go through an entire character’s lifespan. That means that there will be inconsistent jumps in time. In some cases only a day or two may pass from one chapter to the next while in other cases years may go by.

I have an idea in mind of how the story will play out and what the major events will be, but I hope it will end up being a little more organic and take on a life of its own. I kind of want to just start “playing” and see where the story takes me, so I can’t say for certain what conflicts will arise, how my character will respond to them, or even what profession(s) I’ll end up focussing on. But I will make it something worth reading and not just the story of someone trying to grind his way to become a Master Baker.

Because CoE is a social game, I would like to involve others in the story. I would like for the main characters that I interact with, friends and foes, to be other players. To that end, please DM me if you would like to be in the story and include details such as your character’s name (required), gender, preferred tribe and age, skills, personality, etc. Please understand that I wish to include others in the story, but in the end it is my story and I will write the characters that I need to make it work. To that end, the more specific a character you describe, the less likely I’ll be able to include it. I may have no need for an elderly Hrothi amputee glass blower who gets plastered every night, so if that’s what you give me to work will then sorry ‘boutcha. If you just want to let me work your name into the story, that would be the most flexible. If you specifically don’t want your character to do something then let me know and I will honor that.

I don’t want to give away too much about the story, and it’s possible that many of the elements will change as I write it, but my intention is for my character to be born into a Gentry family. Most of his friends, neighbors, and other characters that he will interact with will be around the same social status. There may be mentions of nobility, but not many. If you have a title and want that worked into the story then let me know, but I’m looking mostly for other adventurers who aren’t afraid to get dirty.

Start sending me your character descriptions right away if you’d like to be part of the story. I may hold off on introducing your character until later on, but I’ll need a few just to get started.

I am pretty busy IRL. I work full time, have 4 kids with a 5th on the way, I’m involved in church and martial arts (getting ready for my black belt test soon!) and I’m training for a race. I can’t make any promises about the frequency of my posts, but I would like to share something at least every other week. This will give me time to think about the next chapter, play it out in my head, research the necessary game mechanics, write it all down, and edit it. So please be patient. I’ve never done anything like this but I’m really looking forward to it and ultimately I hope that people enjoy it.

If you wish to submit a character for consideration, please provide the following details. Remember that the more specific you are, the more difficult it may be to include in the story, so please only provide the details that you really care about.

FYI: In each new chapter I will only include a link to the next chapter and a link back to the Prologue. The Prologue will serve as my main table of contents and I will keep it up to date with links to all new chapters as I release them.

Like the idea, i PMed you my character info, best of luck! 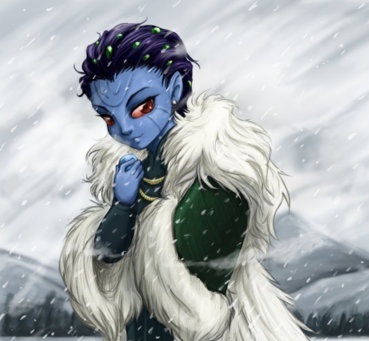 Love the idea, sent a PM.

"He who is prudent and lies in wait for an enemy who is not, will be victorious."

Awesome idea, pm you as well.

What we do in life( real or in game) echoes in Eternity!

Look forward to it, pm sent.

Thank you to everyone who has expressed interest in my story and sent me their characters to use. I've received a lot of characters already (far more than I expected!) and I am looking forward to finding ways to work everyone into the story!

Please keep in mind that not everyone gets to be a Hermione Granger or a Ron Weasley (i.e., major support roles). A story also needs characters like Lavender Brown and the guy who runs the Leaky Cauldron. I promise to include everyone in the story one way or another, so if your character doesn't show up for awhile, just be patient. =)

Even after I begin posting parts of my story I will continue accepting new character bios, so please keep sending them my way if you would like to be included! Thank you again to everyone who has expressed interest and stay tuned for the first chapter soon!

I have to admit I'm REALLY excited for these stories! I don't even mind if my character doesn't make it into the story but i'm genuinely interested in the dynamic of real community members CoE characters making appearances. I think this was a great idea.

I have to admit I'm REALLY excited for these stories! I don't even mind if my character doesn't make it into the story but i'm genuinely interested in the dynamic of real community members CoE characters making appearances. I think this was a great idea.

Well dang, now you're making me anxious! lol And don't worry, I've already decided what role your character is going to play. ;)

Sent you a PM, im super hyped to see how this plays out

Sent a DM, can't wait to see how the story goes.