The Duchy Of Kaleria is ruled by Duke Paswoy. Which will be one of the Duchies that are located in the northern part of the kingdom of Arkadia in the Tropical Wetlands. We will be an international community where everyone is welcome to join and make Kaleria a better place.

The overall focus will be the Economy of the Duchy. The aim is to create a stable economy by using our natural resources that are available to us in the wetlands. Which we will turn into goods which we will trade with other Duchies and Kingdoms surrounding us. In Kaleria every country alongside their barons/mayors will choose how they will build their Economy and what their focus will be.

With a strong economy, We will continue to expand our infrastructure across the duchy. Also with our economy, we will ensure to have a military that is maintained and is standing ready for what is to come. Even if we believe in diplomacy and in the power of speech there will always be those who will not listen to reason and that is why the army and the souls of warriors are always in need to protect the people and the land.

Some RP will be encouraged in The Duchy to enrich our game experience but it is no demand. Play like you want as long as you follow the laws of the state.

Agriculture will play a big part in the economy of the Duchy. Since the lands of the wetlands are rich in fertile land which is perfect for wet and dry agriculture and aquafarming. Which will help us to be self-sufficient and hopefully, we will be able to make a surplus so we can trade with those who will seek our variety of crops that they never had themselves.

While the wetlands offer us much promise there will also be some challenges that we will have to face and solve. Carpenters will be in high demand as we live in the wetlands most of all building will be built on stilts to ensure we are safe from wildlife and floods that are known to come to our lands at times. Boats will also be needed since a good part of our land will be filled with shallow waters. Boats will most likely be one of the easiest ways to travel in most parts of the duchy therefor boats of different kinds will be needed to fill our needs.

As said earlier a standing and properly maintained military is needed to keep the people and the land safe. their job will be to patrol the border, Trade routes and the waterways as well as our towns in our duchy. All soldiers will be paid and have a place to stay while they are under service. We will follow the kingdom's laws that are laid down. Read more about what patch you can take in the army here

In the Duchy capital of Cronsaic, An Academy of Alchemy will be located. The Academy will lead the research on seeds and soil. To help our crops withstand droughts, Flood and to improve the crops.

Also in Cronsaic, there will also be located an Akademi of carpentry. which will lead the research on Boatbuilding and stilt construction. Since we will live in the wetlands the majority of our houses will likely have to be built on stilts. Boat research will be aim to give us Boats that are built for the wetland since the waterways may not be so deep there will likely be a need for boats that suit the needs of the wetlands.

The Duchy of Kaleria is looking for Counts, Barons, Mayors, Guilds, and Citizens!

Amazing post mate. I love the ideas and I cannot wait to trade with you. Good job Indeed.

Great Presentation Paswoy, happy to count you among Arkadian's dukes ! 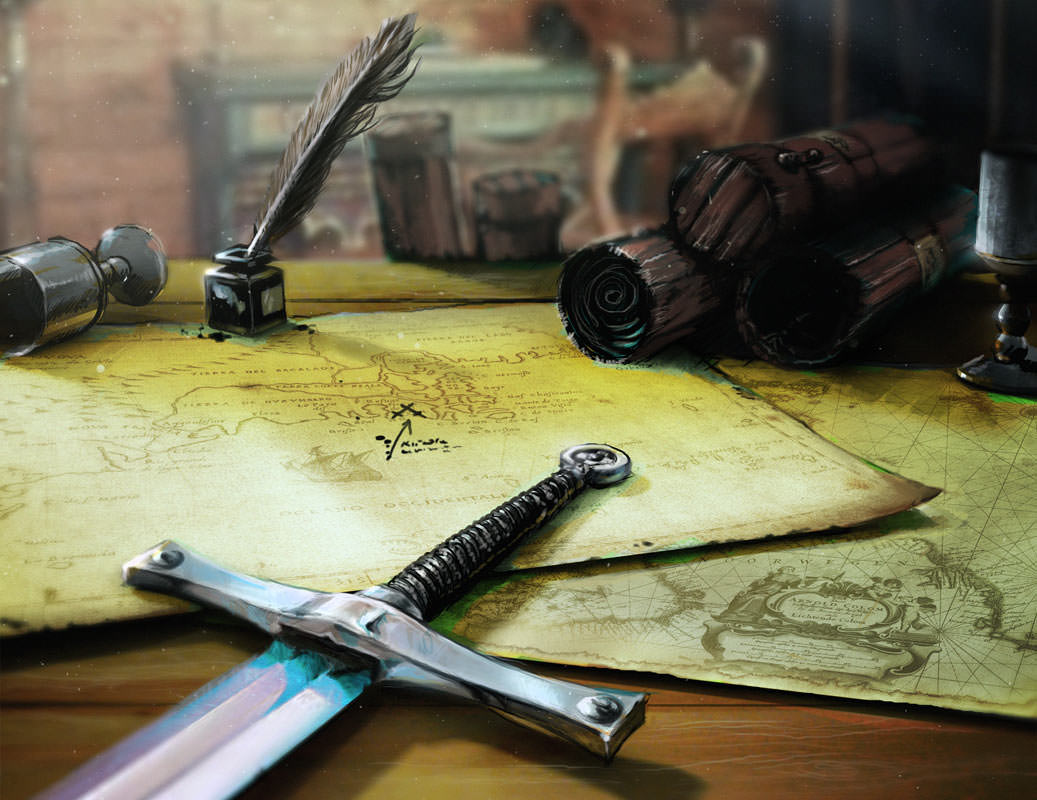 Great job Paswoy, and congratulations again, great post too, short n sweet and straight to the point, well done. make sure you secure a good route from the wetlands to the forest, and Kingswood, County Anglia will certainly trade with you, and come to your aid should Trygrr make a silly move.

Life is too short to play bad games.

Thanks you guys for the warm welcome

I remember to anyone that want to play To'resk to join this Duchy . This is a very high skilled Duke from Northern Europe guys.