With the assistance of Kov and Nightfinger I’ve been given the great opportunity of creating a settlement in the Kingdom of Caprakan on the Oceanus Server. The settlement will be a sister-city to Nightfinger’s Ichralàrch or Viper’s Gate – yes Waerd and To’resk settlements as sister-cities you heard right.

The town intends to offer the first (or last depending on how brave or foolish your character is) step off the ‘Silk Road’ that runs out of Viper’s Gate and into Caprakan’s Duchy of Genera. Riches of the material and immaterial to be found, a chance to explore the south, to avoid being eaten by the wildlife (or worse), or for those from the south to head outwards and north to strange hot and dry lands with ways as foreign as their landscapes.

So please read through this brief overview of the settlement of Khej, and if you’ve got any questions feel free to contact me and of course head over to the Discord:

Where Ne’ran cut routes into the land for his love Mydra, so that they might spend more time with each other, and where their son To’ran the Qin of the Wetlands would oversee and guide, there you will find the To’resk and their settlements.

The land is as fraught with tragedy and danger as the forbidden love which brought it into being, and as rich and bountiful as any labour of love. With so much written into the very land itself the wise traveller does not just wander blindly into the wetlands.

No, for here they might think a clear pond is fit to drink from, or that the beautiful flower is right for the plucking, or that this bit of land or that is safe to sleep on during the night; only to find the water poisoned, the flower a serpent, and the land washed away in the morning and their belongings and themselves adrift amongst the alligators.

So, why ever you have come: perhaps you are wanting simply to see something new, perhaps you come for riches or knowledge; and no matter where you come from: from some frozen mountain that none here might imagine, or those jungles deeper south, or even those dry and sun-bleached sands north, or wherever it is; trust us you will need to know the ways and the rites. 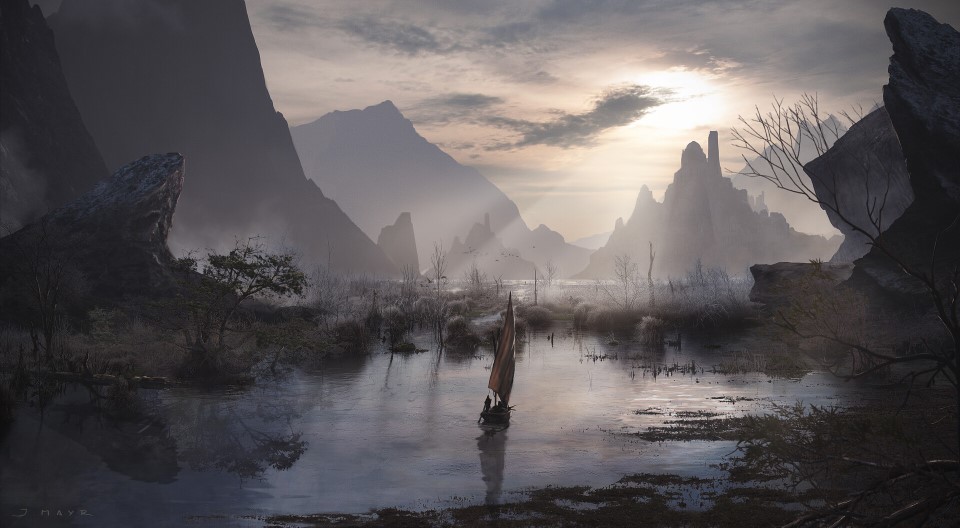 For that you come to Khej, once a terrible myth and now a fixed point of guidance and stability amid high and low tides. Named for an alligator of mythic proportions, so large and terrible was her bite that whole families of To’resk would be devoured in a bloody snap of its jaws. For years people tried to rid this region of land of Khej, hunters of the Janoa, warriors of the To’resk, Mergoin of the Dras, and all failed.

The town which grew up in the region fell naturally under the auspices of the Shajorr family, and they named it for the monster which they had helped slay: a reminder that the land which was the source of all the people’s wealth and happiness had also birthed their greatest terror. Every Marshal of Khej has been a Shajorr, and they have seen the town grow from merely their extended family to the germ of something much more. 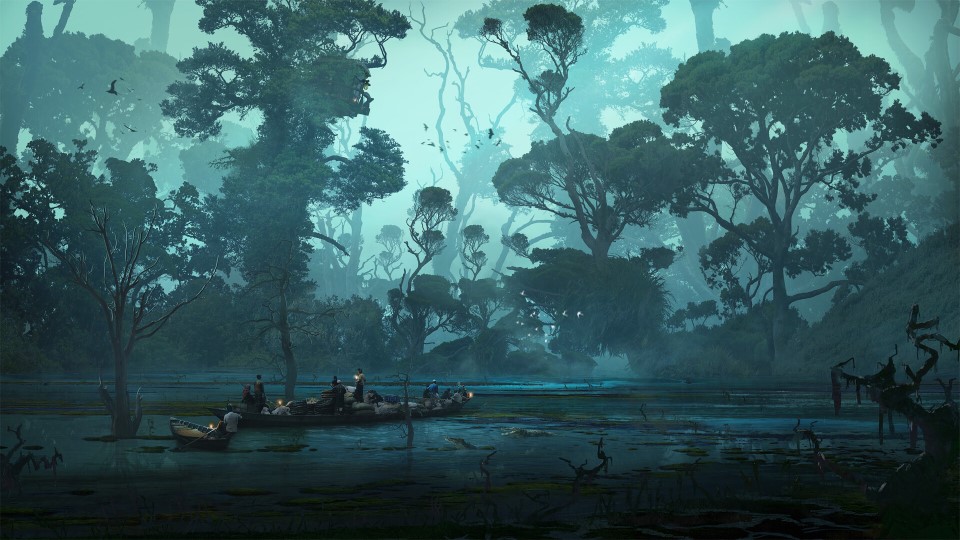 Here traders and travellers find succour and guidance, safe places to rest and to trade, words of wisdom before they head deeper into the wetlands and the jungles (often to simply turn back, but not everyone is so wise as to heed them), and here one might begin to make a name for themselves.

For there are always caravans and barges with goods a clever eye and quick tongue might make a fortune on trading or who might have need of a guide or guard after some one fell to some terrible accident; or perhaps adventures beyond call to you, and rumours of the off-spring of terrible Khej or even more hideous beasts that might have men and women swooning for you if you were to slay it; or perhaps you wish to speak words of wisdom, instruct others in the ways of a god or in some art or science? Whatever your calling in the maw of Khej there is room for everything, just be careful that she doesn’t bite you…

Always good to see a loyal Generan get an opportunity like this. Thanks to our friend Nightfinger! Looking forward to working with you and the town of Khej over the coming years Pursenas!

Excellent write up, & welcome to Genera. More To'resk is a good thing. :)

Wow, this is going to be awesome. Best of luck!

Thanks so much, all of you! Can't wait to see you all on the other side in Caprakan :D All these amazing settlement posts are making me nervous about when I have to write one up. You guys are setting the bar too high!