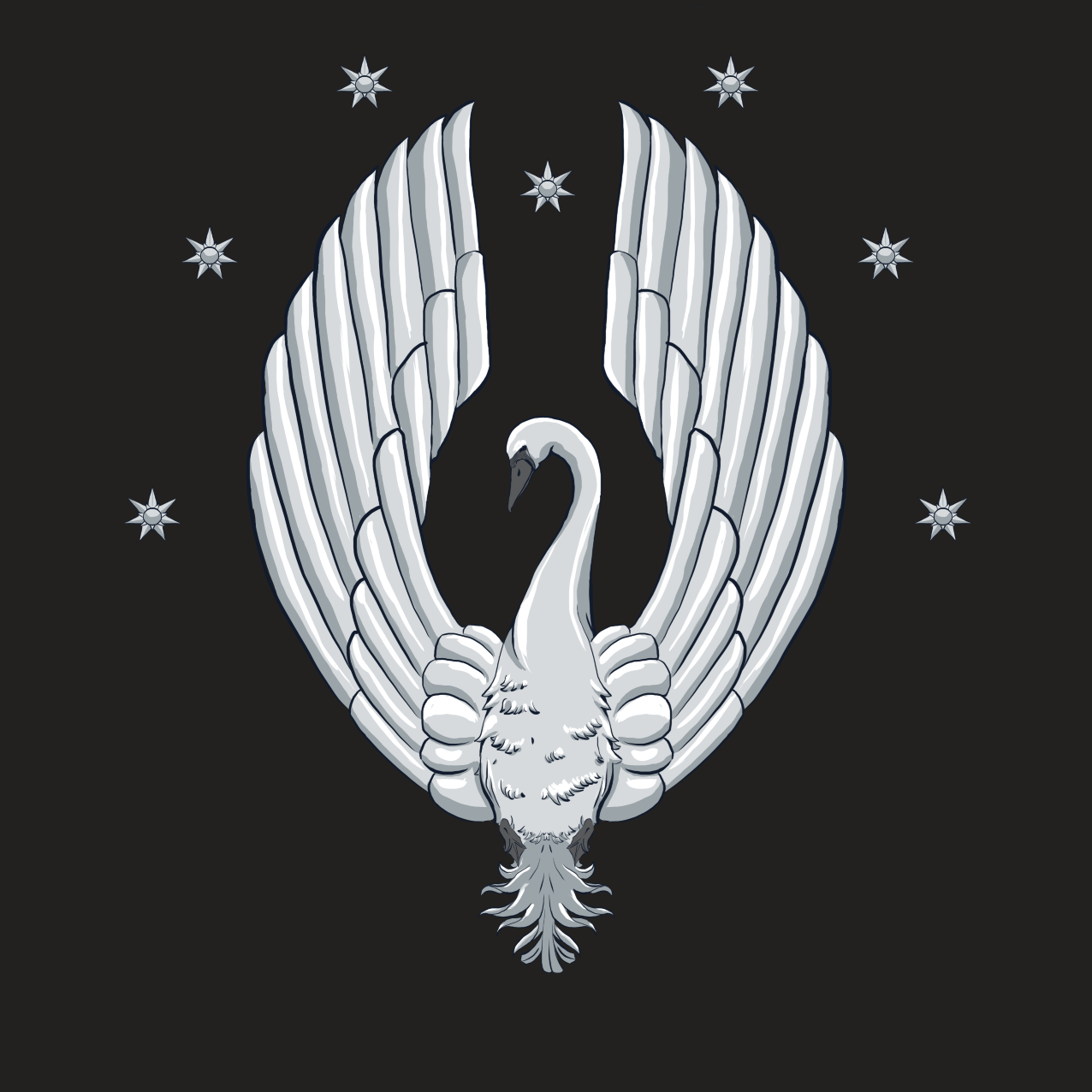 Vassal Duchy of the KINGDOM of ASHLAND 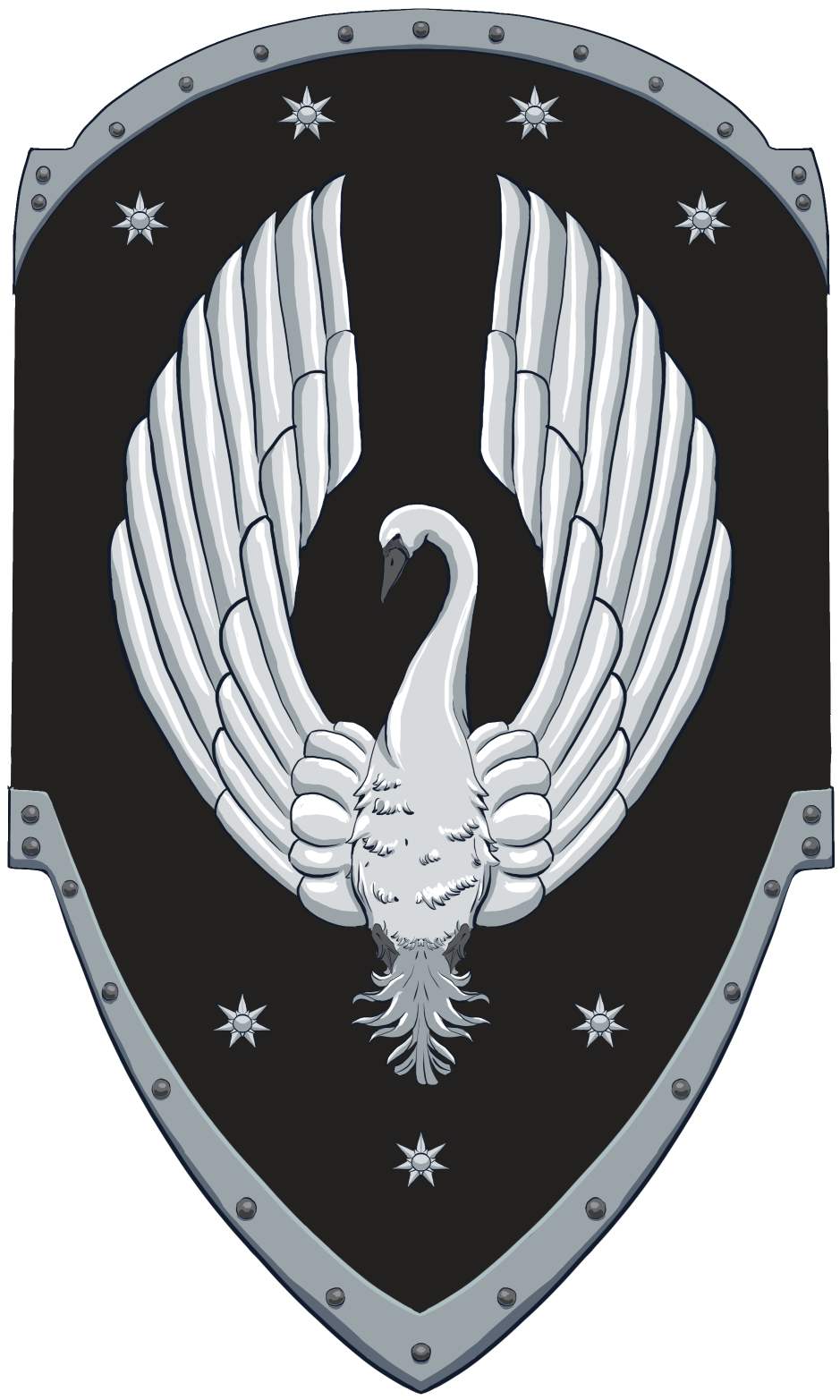 Ruled and Protected by

The Principality of Ardolenor is a double-duchy of the Kingdom of Ashland. It is a primarily Neran duchy in the southern half of the kingdom, in the Lower Montane Forest biome. It is home to dense pine forests, numerous lakes and rivers, low mountains and hills, and rocky coastal cliffs.

I have taken the title of Prince, and thus Principality, on account of my holding of a Monarch Pledge Package. Rather than claim a Kingdom, and effectively force an entire kingdom off the NA-W Server (Angelica), I instead took Soulbound Studios' offer of exchanging the Kingdom title for two Duke titles.

While I lose a king's crown and cape, due to those items being tied to game mechanics, I was permitted to keep a Monarch's dev-made custom coat of arms. That said, our arms are fairly simple- a white swan on a black field, with seven, 7-pointed stars. 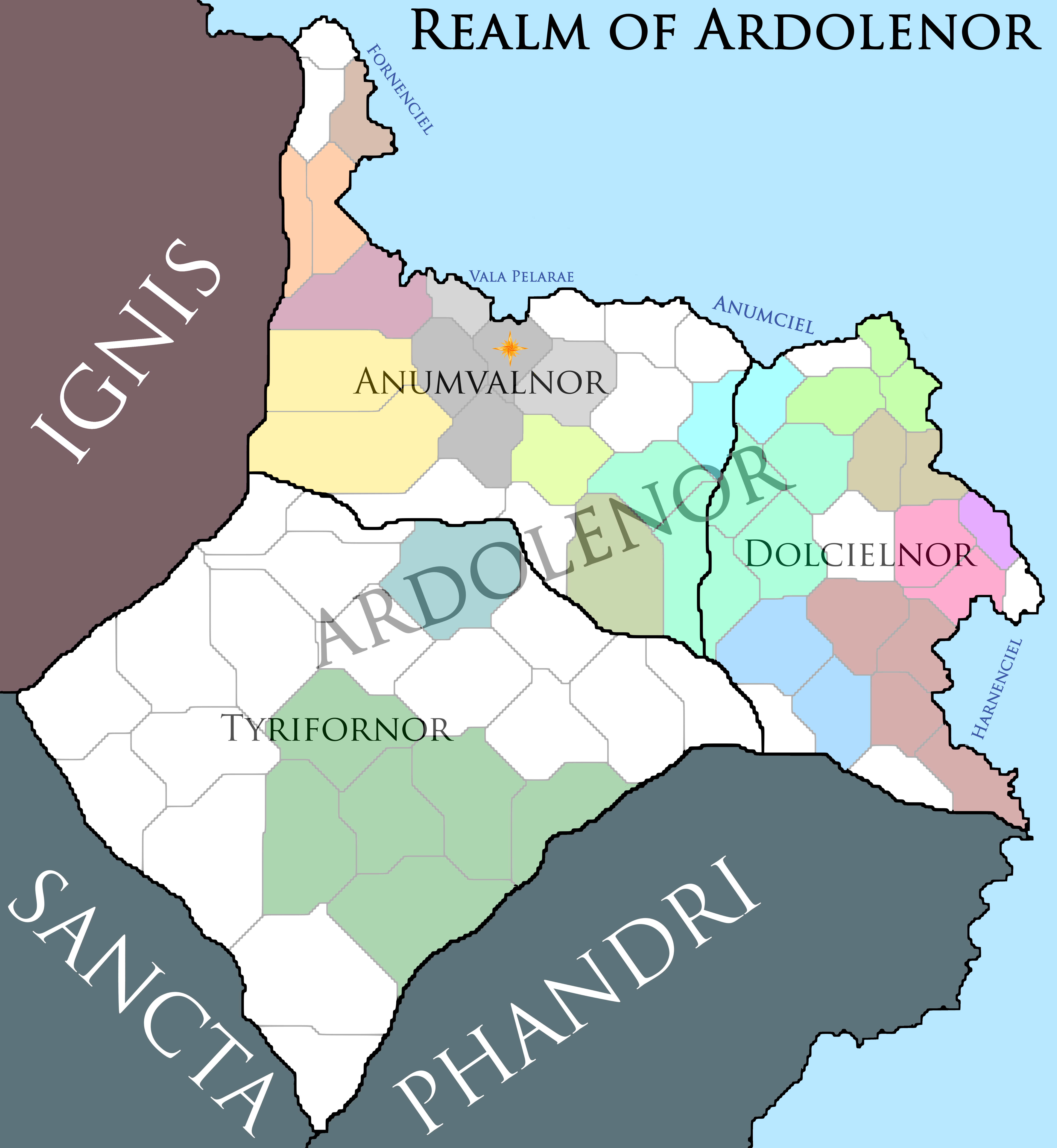 Ardolenor boasts a unique cultural identity. It adopts the fundamental basics of the Neran that the devs have given us, and then we make it our own by adding more on top of it. I have integrated the perks I have into our history- that Ardolenor was once part of a kingdom that has since fallen. As such, creating a culture worthy of a kingdom is necessary.

To start, Ardolenor has its own constructed language. I will admit it lacks many rules it probably should have (not that I know what those rules are), but its purpose is only to help create a uniform identity, enabling Ardolenians to give their settlements, counties, and characters unique names that actually mean something.

Ardolenor is a staunchly Virtori land- however we add our own cultural flair to it and make minor, non-heretical adjustments. We use the religion the devs have given us to enhance our culture and give it depth, and to help define our persona.

Our culture was created with realism in mind, but with an idealistic, fantasy aesthetic. Its people are proud, being heirs to a royal legacy backed up by the developers. We have the privilege of carrying such a unique, quantifiable historical aspect, that none can truthfully claim to share.

Ardolenor was the Kingdom of Dawn. Now, it is reduced to a Principality, and is itself composed of only the Duchy of Anumvalnor, the Great Valley, and Dolcielnor, the Dawn Coast. To its south, the Duchy of Tyrifornor is culturally and historically a province of Ardolenor, however it was administratively separated after the War for the Ashlands.

The Kingdom of Ardolenor stood for just over two hundred years before it was wracked by a civil war called the Interregnum, waged between Prince Othelion and his uncle, Tardurion the Usurper, upon the death of King Valorien II.

The Interregnum left much of the heartland of Ardolenor in ruins. Not but thirty years after it had ended did the Duchy of Ignis, an independent and burgeoning power to the Kingdom's northeast, declared war on Ardolenor and invaded. King Othelion was killed, and his daughter, Princess Aelysia, took leadership of the realm.

The Kingdom was able to bring the war to a stalemate, at great cost. In an effort to curb the decline of their people, Princess Aelysia surrendered to Ignis and their allies, but with terms. Her House, the House of Aramileon, would continue to rule and govern the heartland of Ardolenor as a vassal of the newly christened Kingdom of Ashland. It would also maintain its culture and laws, with minimal royal interference.

Princess Aelysia swore an oath of allegiance, and the Kingdom of Ardolenor was no more. The former kingdom's southerly provinces in the Tyrifornor, the Great Wilds, were made an independent duchy of Ashland, though most of the people there continued to identify as Ardolenian.

The title of Principality is maintained to this day, three generations after the War for the Ashlands. Its people are proud and strong, and work to restore the splendor of their fallen realm. A quiet sorrow lingers in the streets of its old cities. Its roads have deteriorated, and its castles are crumbling. Ardolenor has much work to do before it can say it truly honors a legacy of might and glory.

Very detailed and unique background and lore for your bloodline, I look forward to seeing it develop.

Our finalizes duchy name has been approved!