How would you like to be surrounded by people that want to enhance each others experience and truly feel like a community of brothers and sisters? How would you like a king who shows up for the sole reason to do good for the community? Ashland believes in providing the best social experience possible with people you can trust and rely upon. We want you to follow our king because you want to. We want you to be a part of us because you feel welcome, and grow to love this wonderful kingdom, because you've built strong bonds with us. Wouldn't you like to be part of a kingdom in which you have the absolute confidence that other people that you may or may not know would be willing to sacrifice themselves so that you may not only survive, but thrive? If you have wanted to be part of a community that truly feels like one, then you have just found your home. 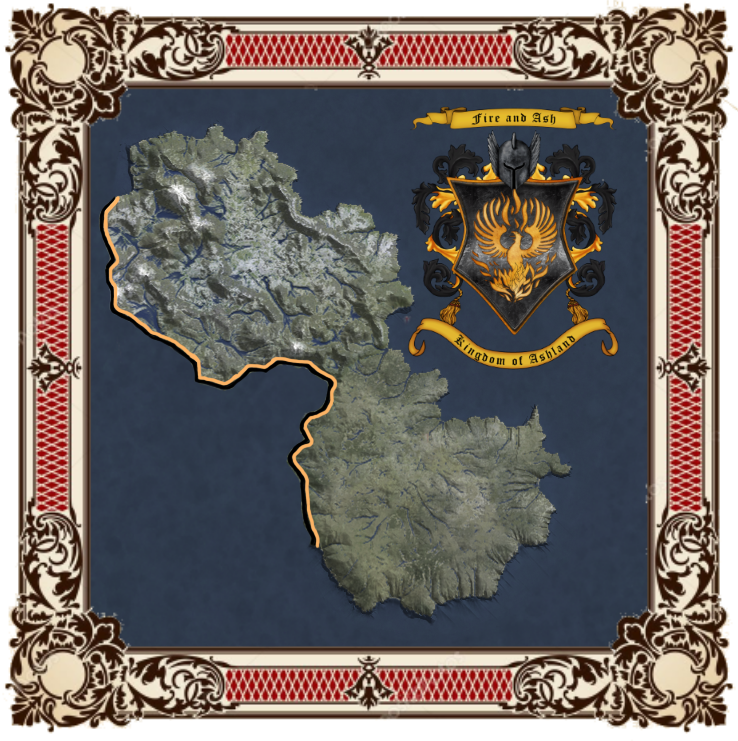 Ashland is Located in Kingdom 2, containing the Alpine Tundra (previously known as the Rocky Mountain Steppe) and Lower Montane Forest.

The Rocky Mountain Steppe of Elyria, more traditionally referred to as an alpine tundra on Earth, is the highest biome in Elyria. Sitting just below, and up into the snow zone at elevations between 2km and 6km, is too cold for most trees to grow. The rocky mountain tundra is home to rugged mountain terrain covered in mosses, lichen, grasses, and shrubs suitable for grazing animals that prefer the colder climate. The rocky mountain steppe has only one soil type, with a water retention rate at a low 10%, making the terrain excellent for digging, but poor for holding water.

As a result, the settlements that exist in the rocky mountain are typically near large pools of water, or deep in the mountain sides where water runs through underground rivers. Overall, the rocky mountain gets between 150cm and 400cm of rain each year. Its high elevation and ready access to secure mountain strongholds and colder climate makes it home almost entirely to the Hrothi, with a secondary population of Brudvir who roam the lands above the mountain hunting for big game.

The resources available in the Rocky Mountain Steppe makes it most suited for settlements with the following primary industries:

As a largely Hrothi biome, the primary religion is Virtori. With food sources coming in the form of hunting, and various types of farming, the Rocky Mountain Steppe is one of the more populated biomes, sitting just above the Broadleaf Forest and Tropical Rainforest, about the same as the Mixed Leaf Forest and Tidal Marsh, and sitting below the Shrublands, Grasslands, and Tropical Wetlands.

The Lower Montane Forest, as its namesake suggests, lies between the foothills and mid-montane altitudes—from 1400m above sea level and down to around 300m at their lowest point. Well below the snowline, and often in the shadow of great peaks, annual rainfall is between 100-200cm.

Comprised largely of coniferous forests interspersed with high altitude plains, the somewhat acidic soil retains around 50% of water due to deep root systems the support underground aquifers. As a result, there are a variety of tree types, flowering or berry-producing shrubs, and grasses that attract a good amount of small and large game, and their natural predators. Settlements tend to be near mountain streams and lakes, as water access is important for both industry and mobility.

The resources available in the Lower Montane Forest makes it most suited for settlements with the following primary industries:

This biome is comfortable enough for the Neran that they form the majority, but there exists a significant population of Kypiq, The Waerd, and even some intrepid To’resk. Despite its diversity, the Virtori faith remains dominant in the region. With food coming from a variety of sources, but mobility limited due to dense forest and uneven terrain, the population is average, sharing similar totals as the Woodland Savanna and Swamp, but decidedly more than the nearby Alpine Forest.

What you can expect

A monarchy whose purpose is to protect citizens rights to ensure that they live as free as possible. And to tax to the least extent possible, while still taxing enough to cover the basic needs, essentials.

Who we are looking for

We want people that share our beliefs and goals and will always be looking for capable people.

We need and want just about any role that is out there.

And If you are seeking a leadership position, ask yourself,

I will not forget that this is a game we are playing, but I do take leadership seriously, because you are like a non-profit leader and if you do not do your job then you are next to useless. You help make the players you are around have a better or worse experience, so in a way you are in charge of people’s fun. And people are here to be entertained. Duke: King Sev Kimura
Capital: Ashcrown
House Sigil: Phoenix
Motto: “What we lose in the fire, we will find in the ashes.”

Do you want to be part of a very focused and driven community? Are you attracted to a system where people earn their positions? Then the fires of Ignis await you! The Royal Duchy of Ignis wants people who can help stoke the flames. Our goal is to be the center of trade for Ashland and a focus on economic strength. What that is exactly will be determined by location and biome.

The Royal Duchy of Kathandriel 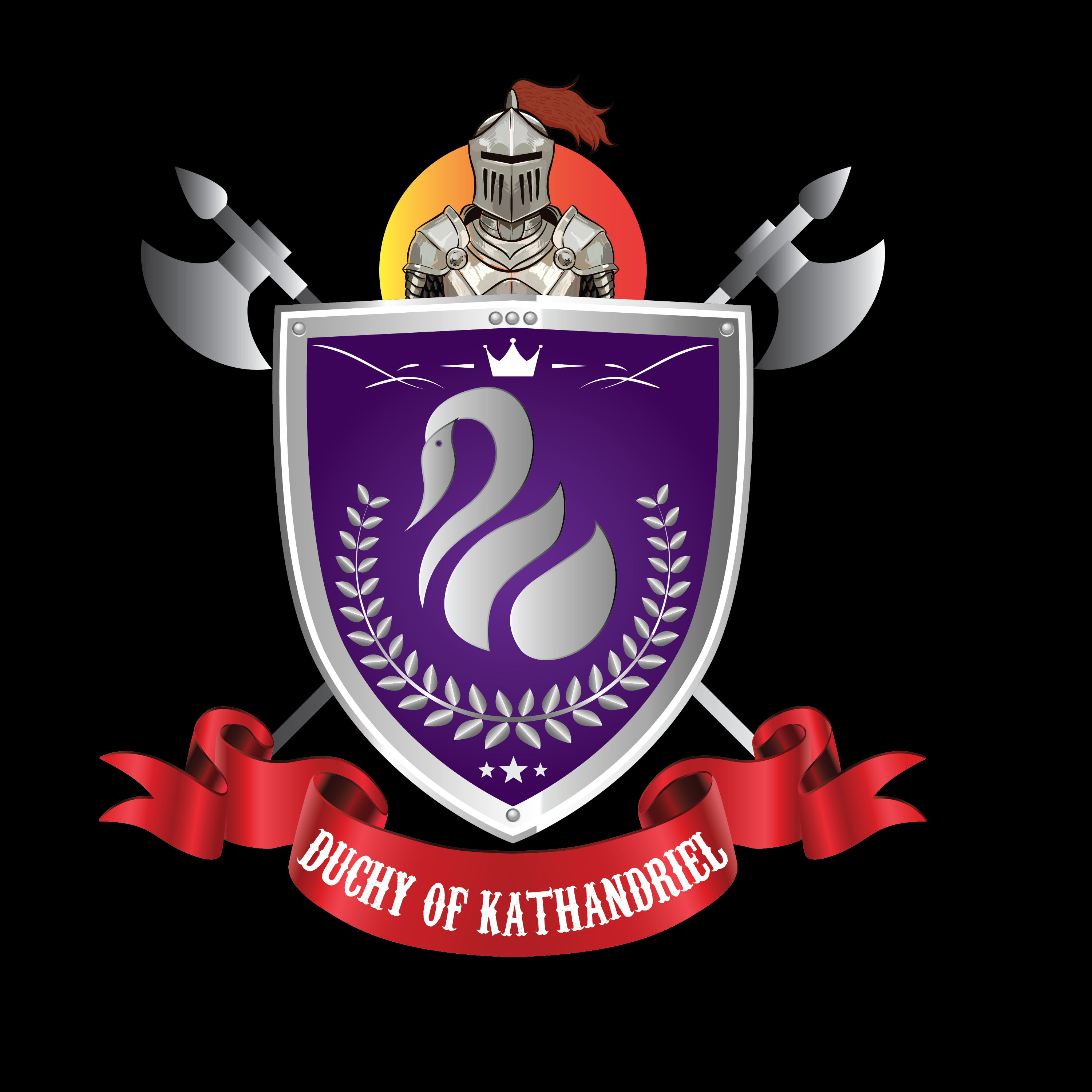 The Royal Duchy of Kathandriel aims to become a central hub of religion, education, and culture. We look forward to training great warriors, teachers, priests, and a haven for those seeking knowledge, and exploration. We host the Royal Academy of Ashborn, a large college with many branches from anything from military to the bardic arts. We are a close-knit RP friendly duchy. Roleplay is always optional.

Duchy of Fioralba (Flower of Dawn) 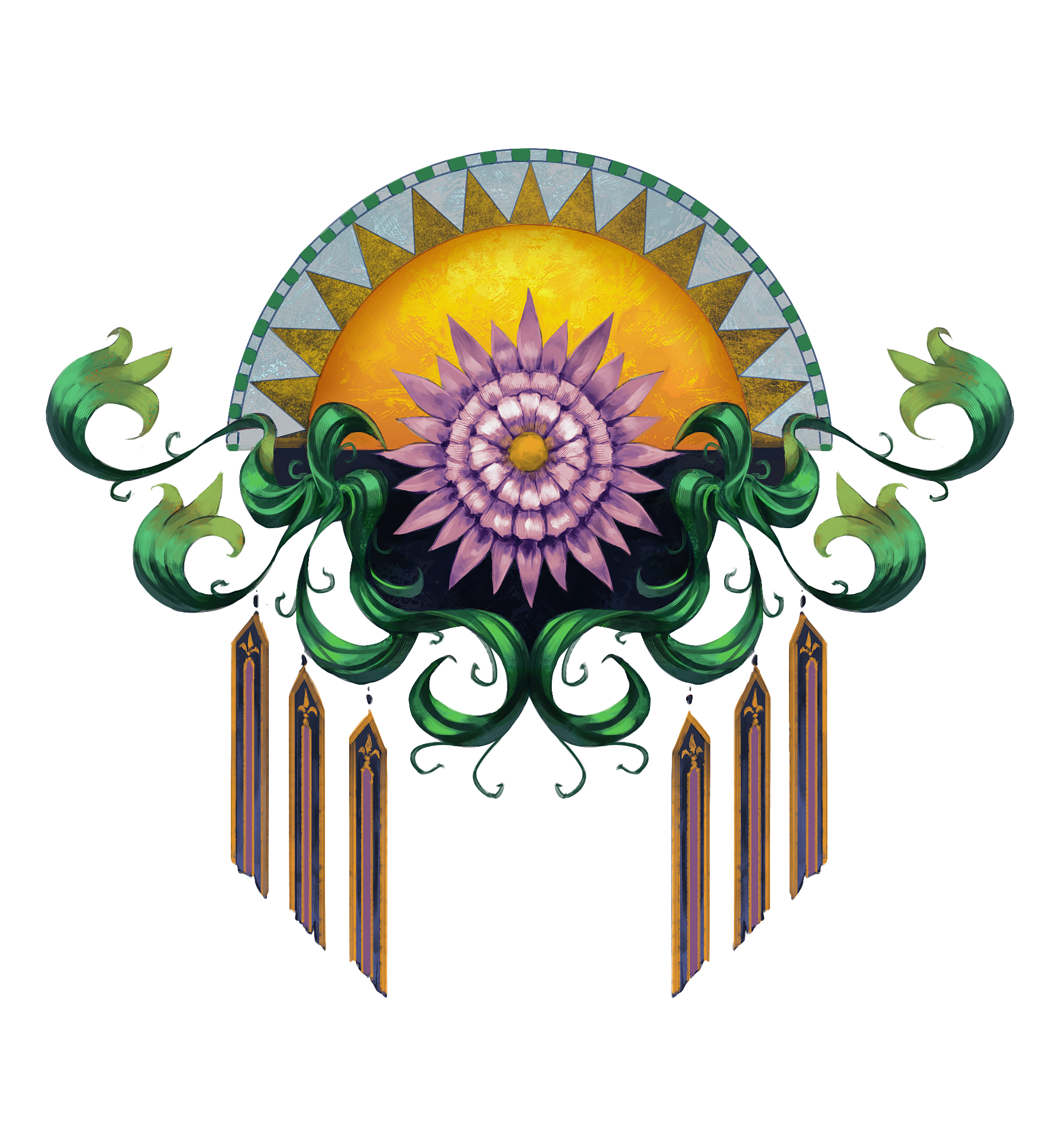 Dawn rises, the land slowly awakening in the light of the coming morn. In the absolute stillness and silence, the day holds its breath in anticipation of the coming sunrise. It alights the sky with a fire amongst the mountains of a new land of untapped potential. Fioralba aims to be a natural economic and research center for the Kingdom. The duchy will be focusing strongly on renewable resource development and technology, conservation, and striving to find a balance between menn and land. 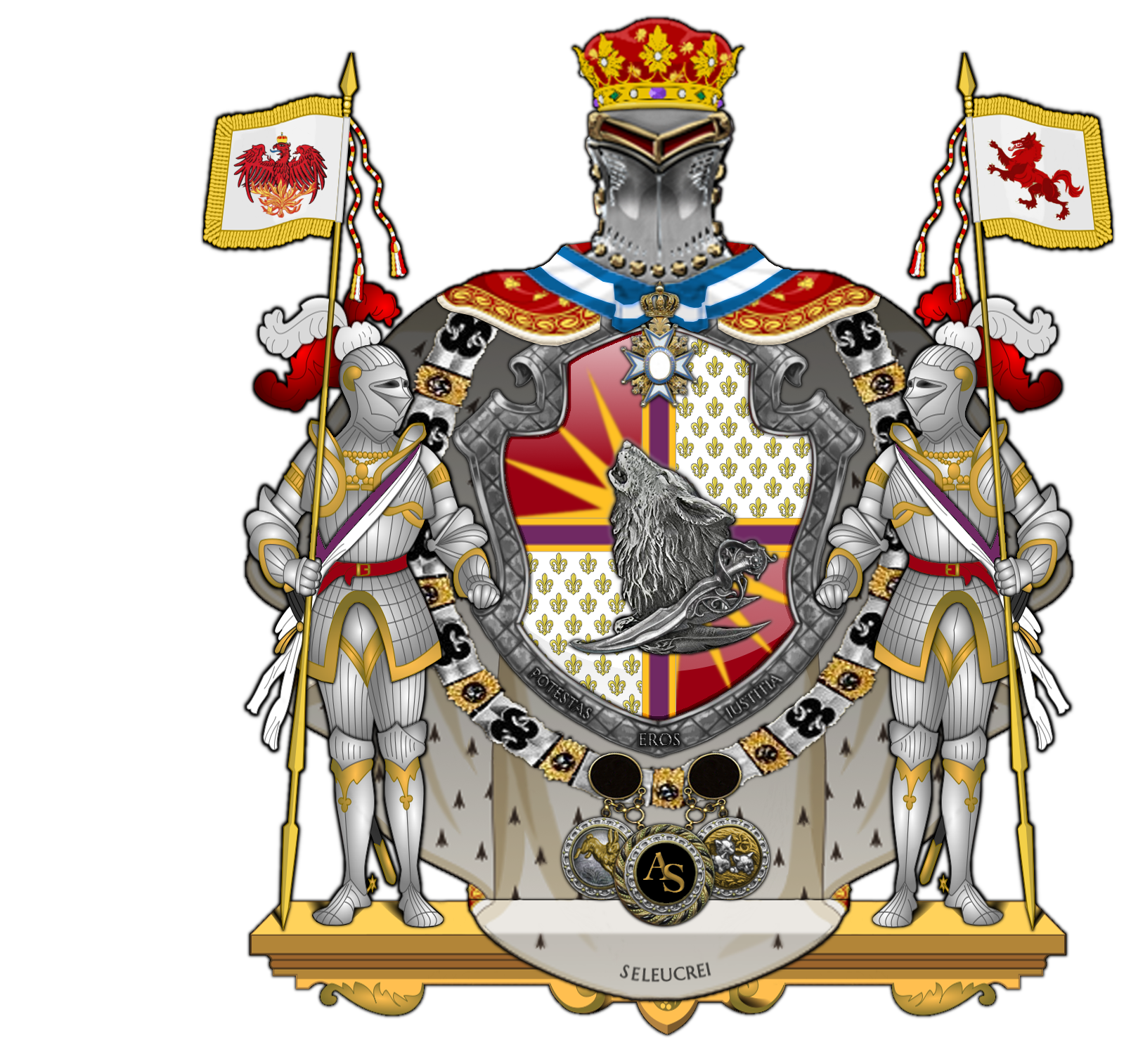 Sanctaphandri calls and the brave answer, the Grand Duchy of Sanctaphandri is a sacred land emphasizing a strong military, a close bond among the citizenry, and a commitment to good governance and rule of law.

Players of all styles find themselves welcome so long as they obey the law and respect the rights of their fellow citizens. Nearly all positions are being actively looked for at this time ranging from soliders to farmers, crafters, sailors, merchants, mayors, barons, staff of the ducal household and more!! Enquire today and with ability and time you may find your name in the annals of history!

The Grand Duke intends to engage in roleplay and will be keen to build a community which is both immersive for roleplayers but open and does not force anything on non-roleplayers. 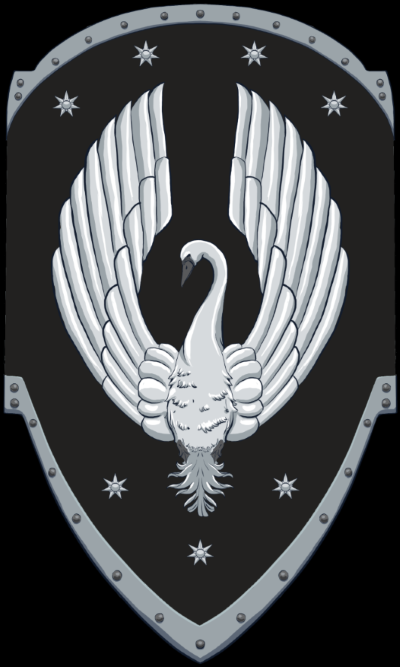 Ardolenor is a double-duchy and one of the oldest in the CoE community, as well as a founding member of the Kingdom of Ashland. Ardolenor plans to be a mixture of wilderness frontier-life inland, and cosmopolitan city-life on the coast, with both large urban centers of polished stone and cozy homesteads and farmlands in the hinterlands. The Principality is renowned for its naval industry and martial heritage. Ardolenor has a mixture of military and artistic focuses, with defining a unique and immersive culture for players to experience at the forefront, including it's own language and history backed by game lore. Ardolenor welcomes people of any profession willing to take pride in calling it their homeland. 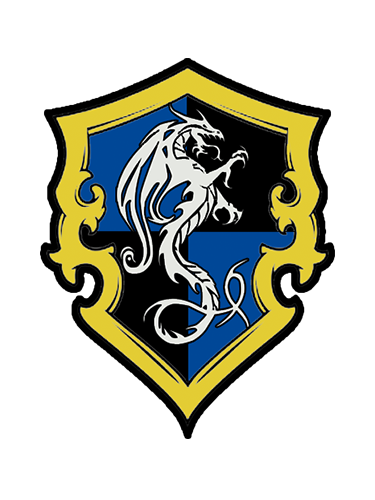 Resting upon the Northeastern coast of Ashland lies the hearty, industrial, academic, and commercially focused Duchy of Le Clair. Founded by the Noble house of Foehammer Alexander, the formation of Le Clair predates Ashland, having sworn fealty to the very first of the Kimura royal lineage. Residents of Le Clair are bounded by their passion for knowledge, technology, and creativity - with the shared vision of yielding the most exceptional Scholars, Artists, Musicians, and Engineers (SAME). Faithful to a proud military heritage and composed of mostly no-nonsense, rugged delving dwellers, hard work is etched on our calloused hands. Our loyalty can't be bought, but we won't stop you from trying. So I ask, are you in same?

A great Kingdom consisting of great people. We will do amazing things with our world. Nice to see another King on the rise.

Good luck, I wish you well. 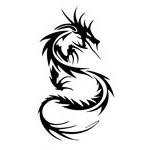 Very glad to be a part of Ashland, thank you King Sev Kimura.

Welcome to Elyria, your Majesty.

May your Kingdom be immersed in prosperity, and may you be blessed in everything you do.

"When you feel you don't belong, you belong...to me" -Rowena Darkholm, Queen of Black Hearts

Welcome to the Dance in the West, King Sev and the Dukes of Ashland. I very much look forward to our future interactions.

It is an absolute pleasure to tie the fate and fortune of the Duchy of Sanctaphandri to the vision and thoughtfulness of King Sev.

Best wishes to all in this kingdom, this server, and this game. History awaits.

The Haverlands is proud to call Ashland home! :D

... just in case anyone doesn't know, Asthalon is bringing BACON! (and eggplant) I am honored to be a part of this kingdom!

This group looks exactly what I've always dreamed of. I wish you the best of luck and hopefully our peoples can grow together in the future. :) Sadly you have no more room for dukes....

Hello, Sev. I'm Vio. I'll be setting up my Baron Tier layaway later today and will, with your permission, be settling in Ashland.