My vision for Myrkland is to create a thriving information hub at the heart of our centralized Kingdom in Selene. I will invest heavily into schools, universities & research based facilities alongside Duchy wide economy. As the Kingdom Capital, Myrkland will benefit from multiple access via roads, riverways, coastal and eventually sea travel.

To help promote and stimulate mercantilism within my borders I endeavour to implement tax subsidies for all citizens & approved vendors/traders via The Ironwood Bank of Tryggr, these subsidies will also extend to those invested in alchemical, engineering and other general research and technological practices. All progress will ultimately go towards upholding the core principles of Myrkland that is rooted in trade and information.

In a concentrated effort to mitigate unlawful activities against traders there will be fortified garrisons throughout Myrkland mandated to provide aid and assistance to those in need, also through a collaboration with the Red Lion Order we’ll see organised military units throughout Myrkland, the Duchy will also periodically manage the quality of roads and other infrastructure in keeping them to a respectable level.

Divine King of Tryggr, Duke of Myrkland, Son of House Kilmaar, The First of His Name, Chancellor of The Ironwood Bank.

On the day of his coronation, the newly crowned Monarch made his first proclamation and implicit Kingdom law. The decree introduced Sovereign guardianship over any untamed and seldom seen BroadLeaf Forest Phoenixes, therefore cementing the majestic avians place as the most protected animal in the Kingdom

“People must have righteous principals in the first, and then they will not fail to perform virtuous actions.”

“While we may be individually strong, we are collectively powerful”

Where to find us:

Established as the Kingdom Capital of Tryggr, Duchy Myrkland will be situated in the most central of the Neran biomes, in line with our aims of becoming a trade and information center for the Kingdom, we will be heavily invested in research and education facilities as well as various vendors within the Duchy. Myrkland will provide a large area for coastal travel as well as allow for a number of large rivers leading into neighbouring inland Duchies, As the Kingdom spans the entire centre area of the continent. We hope to utilise our position in terms of trade and logistics coupled with receiving and distributing information.

The Duchy of Myrkland sits within a Kingdom known to be a bit of a melting pot of religion and culture, this means that whilst many tribes may be present within the Duchy. The core will be reflective of the tribes native to Tryggr lands. 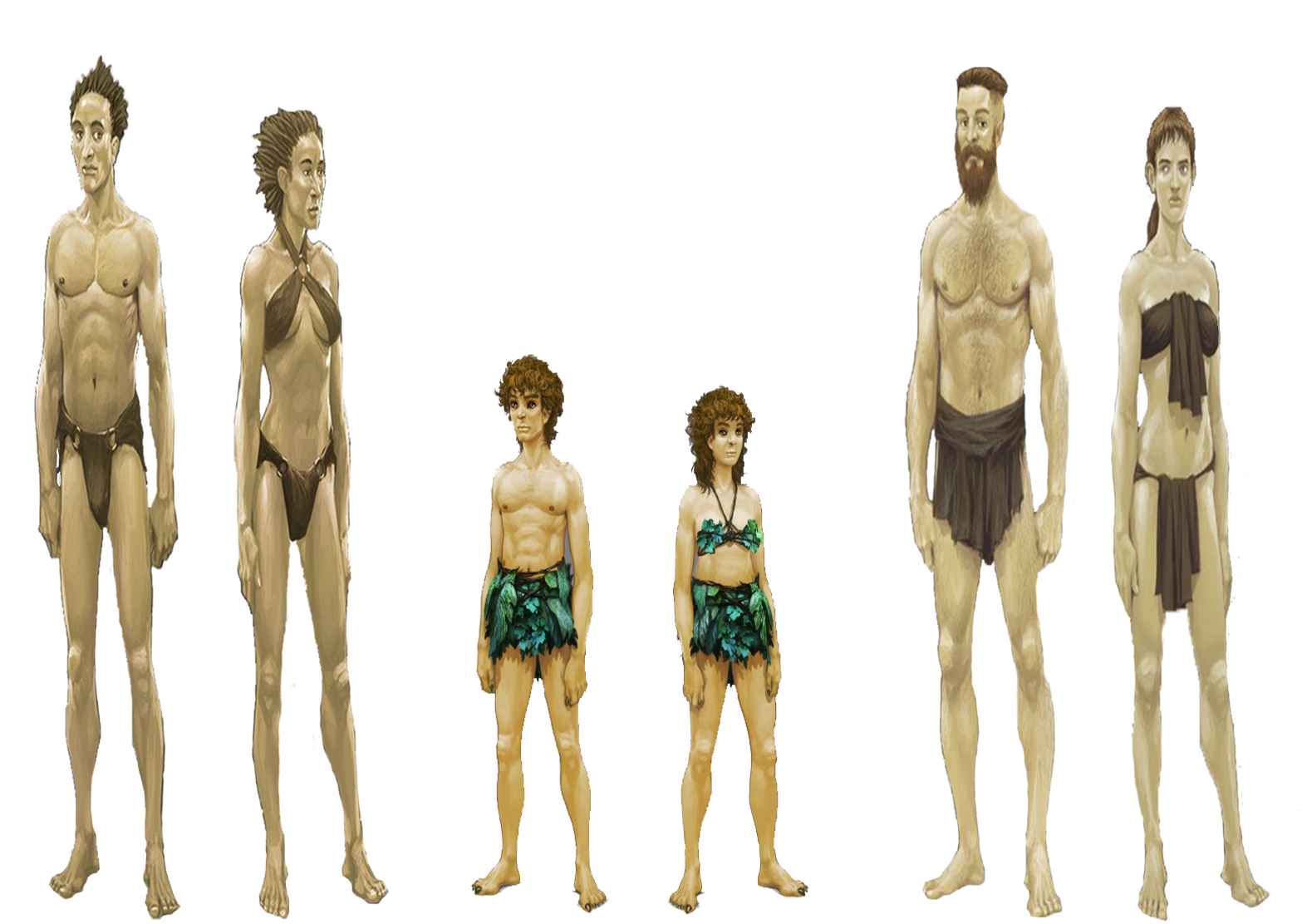 The Duchy resides within the Mixed Leaf Forest territory of the Neran, it is this tribe we will see as the primary menn & womenn found throughout Myrkland. You can expect the presence of Kypiq within our borders, with the number rising towards the Northern corner of the Duchy where Mixed Leaf Forest biome bleeds over into BroadLeaf Forest. Moving away from the mostly temperate lands, along the points of the Southern areas of the Duchy into the subtropical is where we can expect to come across the Waerd settlements. 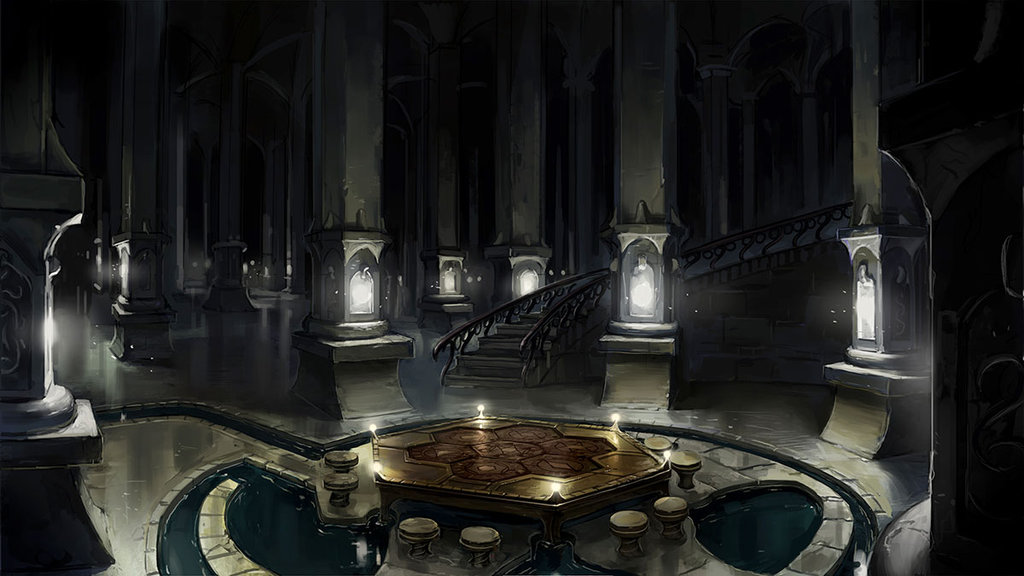 Within Myrkland we’re fortunate to host the headquarters to a number of prestigious groups, in addition to branches of others situated within Tryggr.

The Ironwood Bank of Tryggr

The Ironwood Bank of Tryggr will be directly overseen by the reigning Monarch. As such I, Darhk Kilmaar. Will serve as the "Chancellor of the Bank" in my capacity as King, I will also be the Head Scribe and contract underwriter for the Guild. All those associated with The Iron Bank will be recognised "Royal Associates" and therefore vetted and then given the appropriate access.

As a privately owned guild within the Kingdom, The Ironwood Bank will operate as a guild overseeing various Banking operations within the Kingdom of Tryggr. Each branch/franchise will function around purpose built vaults with storefronts serving as the main points of contact, the bank will work to improve and incorporate the latest technologies & relevant policies to ensure that it prospers.

Overseen by Knight Commander Retsirk, the Grand Order are a collective of Knights within the Duchy. They are average citizens who have demonstrated above average martial skill, across a host of events aimed at showcasing specific talents through contests known as Tourneys. Ranging from Jousting, Archery to 1v1 and 2v2 armed and unarmed engagement.

As it is for most Neran, the Longest Night is a time for Kindness, in preparation for the Twilight of care the Monarch will distribute vast quantities of supplies as Neran, Kypiq and Waerd alike prepare for the long dark.

Not being one to shy away from the people the Monarch traditionally hosts a grand communal meal in the Palace courtyard open for all citizens to attend. It is here at The Long Feast that strangers are welcome to fill their bellies and share in stories being passed down from one generation to the next. 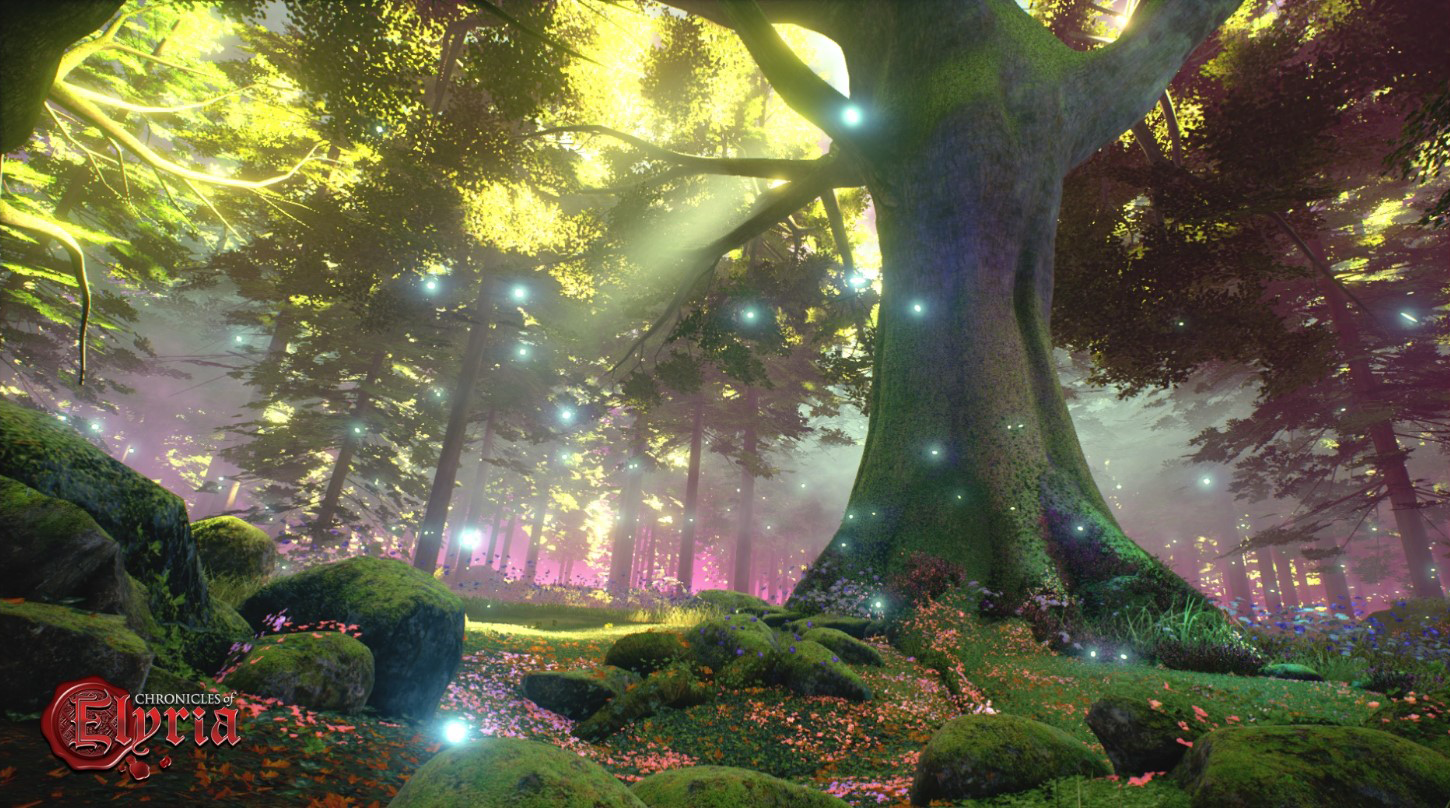 To honour our Kypiq brethren, and as a sign of respect to the basic tenets of The Faedin, within the Duchy Capital of “Spirithaven” I will allocate a sizeable portion of land, for the sole purpose of planting and maintaining more than two dozen orchards for gathering fruits. These orchards will be freely accessible and for the communal use of our citizens and guests.

The orchards we will begin the game with are as follows:

The goal is to grow the orchards to the largest possible size whilst adding additional farm plots of fruits and plants considered to be a rare sight within the “Mixedleaf Forest”, added benefits of this project can be found in ensuring that unforeseen hunger doesn’t lead to the usual results. 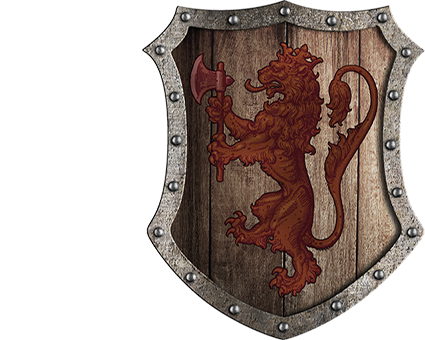 Appointed as the sword and shield of the Duchy Myrkland. The Red Lion Order or RLO serve as the Duchy army that defends Myrkland from any threats, external or internal. Brave and courageous on the battlefield, overseen by Thorn Vormura Kilmaar and advised by RLO generals Guardian Fluffy & Keeper Jorvik. The Red Lion Order’s first objectives will be to assist our allied Guardians, cement their Casus Belli claims allowing them to rise into Ducal positions. In addition the RLO will also be in charge of various other ongoing missions and job assignments within the Duchy.

Will be composed of soldiers who are able sailors and perfect infantry men. Tasked with the raiding the coastlines and defending our waterways from enemy vessels.

The main bulk of the army, they will be composed of melee and ranged soldiers. They will be the backbone of the army and the force which will sweep away all our enemy soldiers from the battlefields.

Our mobile unit, they will be our shock troops and the force of which they will ride into battle, will be enough to break our enemies before the battle has even begun.

Utilising their diminutive size, these units favour a highly mobile war style. Making expert use of contraptions, ambushes and sniper tactics. When combined with their impressive stealth the Kypiq are not to be underestimated especially within the forest, those who step into the forest are likewise facing tremendous adversity.

This specialist unit will be exclusive to the Kypiq, who’s specialties include a laser focus on “sabotage” & “incapacitation” techniques. When combined with the tribes nimble stature and mechanical knowledge the results are an effortless display of skill & finesse, packed into what promises to be a fearsome opponent.

These soldiers, aspire to be to what many know as Paladins, they wield not only sword, flail, dagger and shield, but the strength of Virtue that their faith affords them. It is necessary for the Duke or Duchess to be a "Sword of Virtori" themselves or to have an on-site Steward - a member of the Virtorian Church - responsible for overseeing the religious training of the up-and-coming Knight, to become a Paladin, would-be knights are sent to the Virtorian Military Academy.

As the Kingdom's divine leader, through my vassals, I will wield the Holy Swords as my own - with the head of the Virtorian Church (Minister of Religion) serving as my adviser.

The Paladin unit will consist of three distinct branches that any existing "Sword of Virtori" can seek to join;

All three branches will be self contained, elite, disciplined military bodies, including skill sets comprising of crafting and other focuses integrated under one banner. With an aim of establishing self sustainability as a core group.

This council will consist of uniquely chosen Counts of the domain, they will function as the advisory Council and assist the Duke and Duchess with all events concerning the governance of the Duchy:

The military council exist to give an equal voice to all the currently seated Barons (including Counts pledged as Barons) by means of existing binding contracts pledging their staunch support to Duke & Duchess Kilmaar of Myrkland: 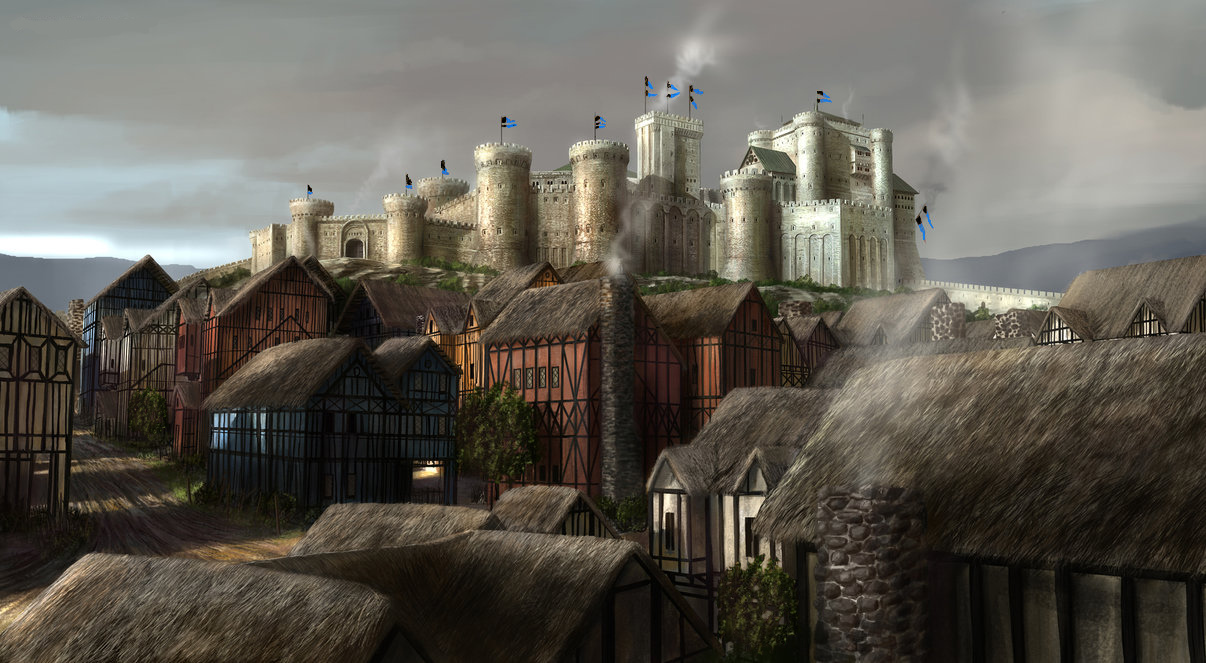 This council of Myrkland will function much like a senate composed of all currently seated Mayors (including Counts pledged as Mayors) of the Duchy. Each one will be able to put forward and discuss proposals, with the goal being to help guide and assist Duke & Duchess Kilmaar and by extension Duchy Myrkland towards economic prosperity: 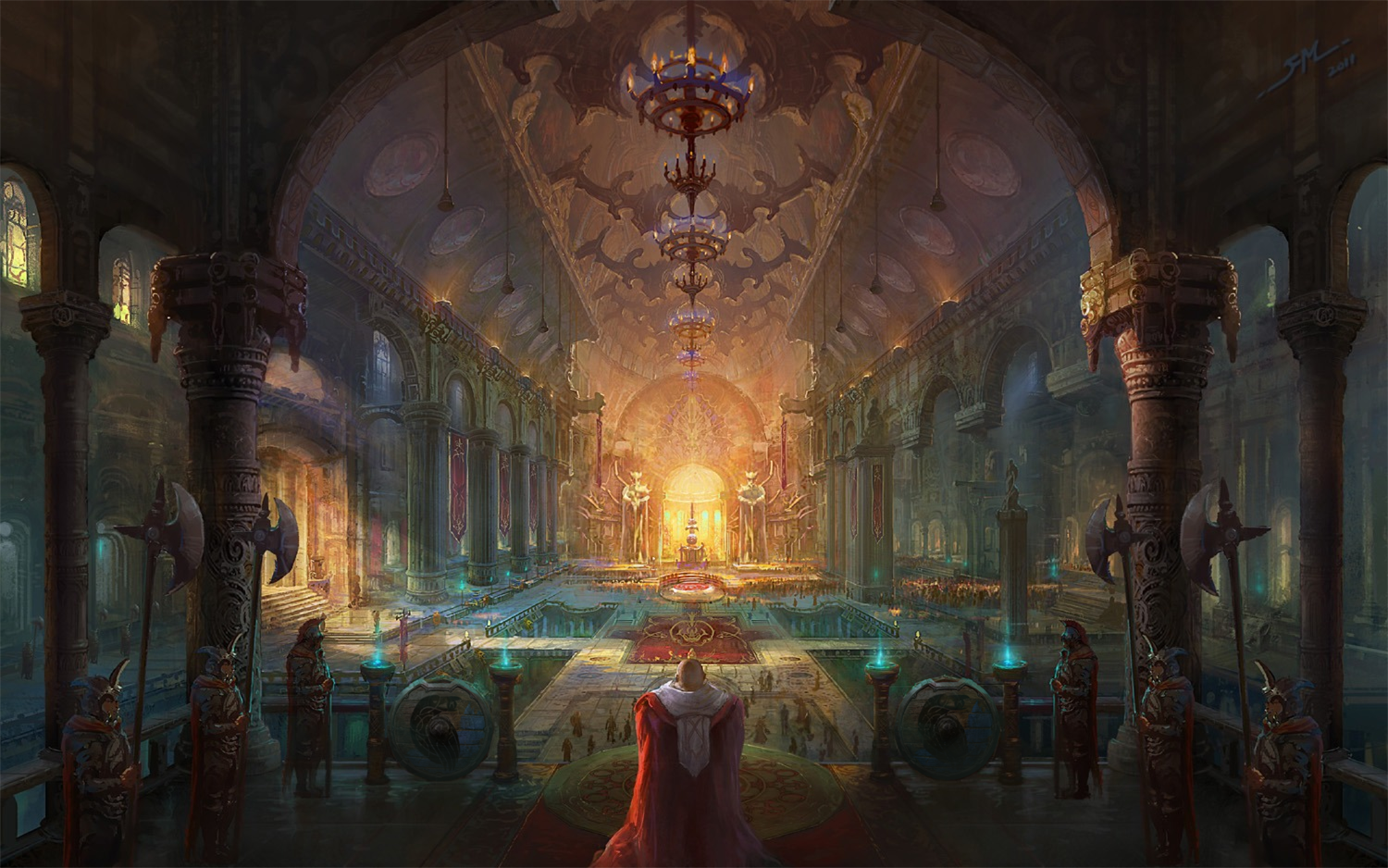 In the effort to ensure each member of Myrkland is given a platform to be heard every Four Elyrian years the Duchy will hold an open council session, to which all denizens of Myrkland are eligible to attend, this is also their opportunity to present their ideas, concerns and feedback regarding any of the systems in place throughout Duchy.

Lastly feedback regarding systems already in place throughout Myrkland will be approached slightly differently, if a denizen of the realm demonstrates any techniques, systems or methods to improving an existing one. Then not only will they be given a hefty financial reward but Myrkland will also employ them in a fully backed assignment to upgrade, update or implement their improvements throughout the Duchy.

If you're interested in joining us or finding out more then please, click the link below and come talk to us in our discord server: Looks Good :D Love to be Part of Myrkland

Great post, and great people. Glad to be a part of Myrkland.