In loyalty to the Eagle The County of Karsana is a storied, and populous County within the Kingdom of Ashlands, long run by the native Family Karsa, originating from the Town of Forde. As a whole, the County has sought a balance between Military expansion, and Economic growth. The County is a diverse collection of peoples and ideologies, stretching from the City of Savoca, resting on the calm, winding coasts, to the distant solitude of the frontier towns and villages of Forde, and Karfold.

The County seat lies in the City of Savoca, a major regional center of trade, the destination of merchant vessels from far harbors, and exotic Empires. Though the County’s heart may lie in Savoca, the life blood of the County resides in the towns that Karsana is comprised of. From the densely wooded lands of Forde to the farmlands scattered about the countryside.

Karsana is a county of balance, believing in the value of maintaining peace and stability through Economic growth, and the maintenance of the strong Army, and Navy, tooled around the defense of the County. While some rely on sheer numbers to provide a defense, Karsana believes in the quality of its soldiers and knights. This leads to any member of the military within Karsana to be trained without second thought to cost. For without properly trained soldiers there would be no barrier to the relentless onslaught of the natural world.

The County Seat of Savoca is Karsana County's crown jewel, an emerald on the county's coasts. The city grew from its early history as a minor trade post, to a vast Merchant port, and center of trade. In the modern era the City has grown to serve as the Capital of the county, and has become the corner stone of its Economy.

The City harbor sees, in each day, dozens of Trade ships enter and leave the port, bringing in exotic goods, and shipping out the produce of the city to distant harbors. Savoca is built on Trade, and its Taverns and Inns have seen their share of Merchants and adventurers from far off lands.

Forde is a town within the county of Karsana. Governed by Mayor Darien Karsa, the town focuses on lumber and agriculture to support the capital of Savoca and the Fortress of the Warden. The town is near The Warden and sits just outside the vast forests that runs through the county. The towns population finds work in wood-crafts, farming, and lumbering.

Set deep into the counties forested hills Karfold remains isolated within Karsana, and the family of Karsa. Focusing on its mines, Karfold has begun recently moving towards arms production. While Baron Anselm seeks to make decent profits off the production of armaments he mainly seeks to pursue his own interest in blacksmithing. He hopes to foster great craftsmen within Karfold, where mastering a craft comes first and foremost in its denizens lives.

Stratton is a small place, a minor fishing village nestled away from the noise of the city. Initially a small collection of houses gathered around a single pier, the town has grown to a small community of peoples, whose livelihoods now center on the sea. Unlike Savoca, the port of Stratton facilitates no trade, its old waterlogged pier serving as shelter for only old fishing boats, and its bars housing only strong beer, and tall tales.

The Castle-Fortress of Ritten is a shining beacon of Strength and Unity atop the towering buildings of Savoca. Resting near to the city, the Castle serves as an old, time-tested companion, standing stalwartly, awaiting a chance to defend the city streets far beneath it. The Historic Castle was built by the Family Karsa, as their power in the region expanded outward from their humble origins in Forde, and expanded from a simple outpost, to the impending bastion of security it is known as today.

In the modern day, Castle-Ritten has, in addition to being the Count's seat of power, come to house a Military faction know as 'The Templar of Ritten', an order of Knights sworn in service of the Count, and County. The Templar operate primarily from the Castle grounds, their duties lying in patrolling Savoca, securing the adjacent countryside, and aiding the County in times of war.

'The Warden', or just 'Warden' is a small fortress far away from the core of the county, tucked away in the distant edges of the lands, hidden behind a thick, wooded overgrowth. The Warden, along side the Castle-Fortress of Ritten, serve as one of Karsana County's two fortresses.

The resident Military Order of the Fortress, the 'Wardens' patrol of sparsely populated countrysides of the County, rooting out crime, and defending the borders against bandits and highwaymen. The Fortress helps to protect the Town of Forde against invasion, and provides light infantry to the Count in times of war.

The backbone of Karsana's Industrial might lies in its ability to feed, and clothe its citizens. The City of Savoca, a city built on goals of production, and trade, is a hungry one. It's ever growing populace in need of an ever growing food supply. Without the farmers, and ranchers of the hinterland, as well are the valuable cash crops grown there, the Great Industrial Machine of Karsana would slowly cease to function.

At the heart of that Industrial Machine is the city of Savoca, the heart of the county, and center of trade. Savoca, being where the majority of the population is centered, and where most of the trade passes through, has seen an explosion in various industries, ranging from Carpentry to Weapon Smiths. Crafting is central to the economy of the County, and the trade flowing forth from the Savoca harbor helps to facilitate its growth, and brings yet more gold into the pockets of the Craftsmen.

Trade, however, can not be facilitated without the boats to move such wares great distances, and so the requirement of a growing fleet of Merchant vessels, and the need for their maintenance is made apparent. As such, the harbor of Savoca has expanded to include several dry docks for the construction and maintenance of vessels, both Economic, and Militaristic.

A recent addition to the City, 'The Sanctaphandri Naval Academy' is a school formed with to support the Grand Sanctaphandri Navy. It is located in the Market District of Savoca as well as having a sister campus in Tir'Bännon. Originally occupying just a small building outside of the cities main Central Market, the school has now grown to accommodate the needs of the Ducal Navy in an effort to train the future sailors and officers that will make up the Navy. The stated goal of the school is the study of Maritime sciences and other related studies. The School is currently accepting Scholars who seek to study in the fields of;

Originally founded as a minor trade Company within the County of Karsana, the Savoca Trade Committee has grown to become a notable regional trade Company, servicing not only Karsana, but numerous adjacent counties as well. The 'STC' is based in Savoca, with its Headquarters resting in the City's Harbor District. Currently the STC Operates in the following Cities: The Templar of Ritten:

The Templar of the Castle-Fortress of Ritten are the oldest military order in Karsana County, having served along side the City of Savoca, stretching nearly so far back as the cities founding. The Templar are an order of Heavy Infantry, and Heavy Cavalry, specialized in Urban, and Siege Warfare, and primarily charged with the defense of the City of Savoca.

Home: Fortress of The Warden

The Warden are an order of Skirmisher and Light Infantry residing in their namesake Fortress, on the border of the County near the Town of Forde. The Warden are sworn to protect the County from invading armies, and are charged with defending the highways and borders of Karsana from Bandits and Highwaymen.

Fleet of the Black Eagle:

Home: The Port of Savoca

The Navy of the County of Karsana is harbored in the Port of Savoca, and operates several vessels out of the city. The Navy is tasked with the protection of Karsana's vital Maritime Trade Routes, as well as serving under the Count in times of war, when Naval Superiority is needed most. This fleet is one of the founding fleets that comprise the Grand Sanctaphandri Navy alongside the Fleet of the Golden Falcon.

If you have questions, or if you wish to get in touch with us, please visit our County Discord, where we will field any questions about the County, or answer any other questions. The County of Karsana is a proud member of the Kingdom of Ashlands.

A wonderful community that functions almost like a family. I've knowned these guys for quite some time, trust me when I say that they will treat you as one of their own right of the bat.

hate to be a prude but Villages and towns/cities are not baronies? Enady - looks like the community troll, Zultra, has decided to bless you with his presence. An absolute joy of an experience and plenty of free bumps incoming. To answer your question, a Barony is a town/village/city that has an agreement with a duke stating that they are a barony (I'm sure that'll be incoming just like the second free bump)

Edit: Btw Zultra I have enjoyed reading some of your posts (not all mind you) and welcome to NA-W.

I don't think Zultra is trolling. I think there's just some confusion. We're calling them baronies right now because that's the package that they came from, even though it might not be completely accurate.

Ravenorus is correct, at present we use the term Barony as that is what the original package was named, and that was the title we had used for the individuals who own said titles.

I hope to establish greater ties of friendship between our counties. (With more than a few trade and technology agreements thrown in. winks

I don't think Zultra is trolling. I think there's just some confusion. We're calling them baronies right now because that's the package that they came from, even though it might not be completely accurate.

Indeed, theres a "civilian" line of titles and "military" I imagine a Village would not be a Barony it would be a purpose built fortress/stronghold.

Enady - looks like the community troll, Zultra, has decided to bless you with his presence. An absolute joy of an experience and plenty of free bumps incoming. To answer your question, a Barony is a town/village/city that has an agreement with a duke stating that they are a barony (I'm sure that'll be incoming just like the second free bump)

Edit: Btw Zultra I have enjoyed reading some of your posts (not all mind you) and welcome to NA-W.

Thanks for the welcome.

Crowley, we in Karsana as well wish for a healthy, bountiful relationship between our counties. As in regards to a possible trade deal, I'll make sure to speak with you and Xander about that at a later date. We have some plans we're working on.

I don't doubt we'll have a very strong friendship between our counties Crowley! Especially being backed by trade agreements and research agreements!

The Military section has now been posted, and we have a link to our County Discord, feel free to join even if you're just visiting. We welcome all with open arms! 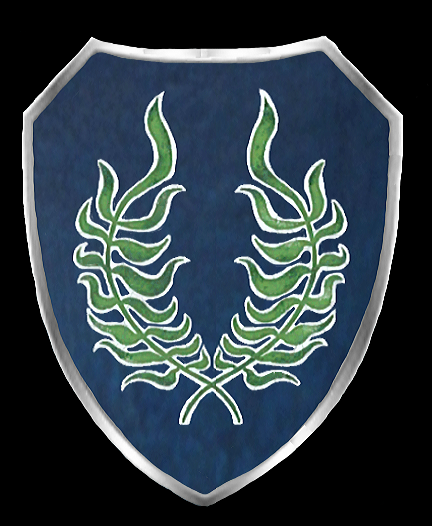 Bump it on up!