Angelica Clerica is a religiously focused group of healers and defenders. We act as protectors for the weak and heal those who are hurt in the name of Angelica who created light and was the beginning of creation. It is the fact that our deity is the creator of all- or at least the beginning of creation that we seek to maintain and preserve what she created. As a result, we defend, heal, and aid those in need.

What do we do?

The key is protect and maintain the light which is good as we must put it on a figurative pedestal. Honor means nothing when an innocent life is lost. What Do We Believe in Regarding Angelica?

The guild has a religious side as we pray frequently to the goddess Angelica. This is not just to give thanks to Angelica but in the hopes that we may be blessed by her to help in our future endeavors. We view the light as something humans cannot live without and if it were to disappear both literally and metaphorically humanity would disappear too. We view the light as both the warmth from the sun which lets us see, as well as a protector from the night. In the same sense, we see light in the hearts of people as the driving force of good as well as the thing that keeps them from doing evil as well as it keeps the darkness out of our hearts.

We pray that we may always have light in our hearts no matter what happens to us, and that all people around us never lose that light.

We have five rules in our Code:

Where Will We Be stationed?

We will be stationed in The Kingdom of Bordweall within their Bloodoak Duchy. You can find the kingdom here: What is the Plan for the Order?

The order will have its first headquarders stationed in the royal city within the duchy of Bloodoak. Once a proper main building is set up, we shall branch out. Within specific spots along main roads, abbeys will be set up. These abbeys will act as both fortified bases with a few uses.

-Safe fortified buildings for travelers to come and sleep or take a break in a safe place. (This will also act as a safe place for people to log off and know their opc is safe from harm).

-A place to keep our many order members to both rest and train the child members.

-A place to also house trade outposts for both the access to goods as well as a place for the trade outpost to safely stay out of reach of thieves, a mutual benefit.

-A place to worship Angelica and spread her word to those who visit.

-Abbeys will also be used to hold homeless children in the event a player is very young and has no family, thus helping ensure their survival to adult hood, teaching them skills in combat so that once they leave, they may join the order or feel confident leaving on their own. 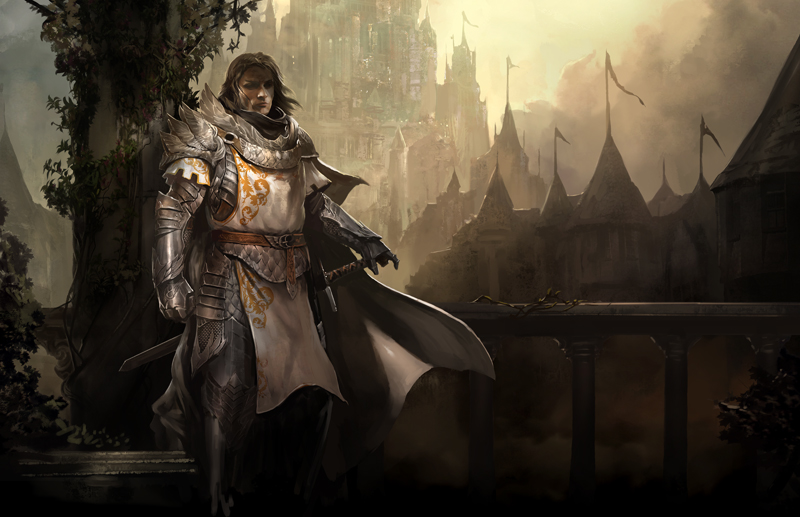 Is this Group for Me?

If you enjoy Playing as Clerics or Paladins in mmorpgs, this is the group for you. We embody everything that those type of players stand for. We will be the type of people who when others see us in the wilderness or on the roads, they know they can trust us to help them or aid them in their journey. Our order will strive to be recognized as a group whom anyone can come to for help without the fear of abandonment. You will never be alone in the dark when there is a light always being shined by this order.

Really like the concept and substance of the group, refreshing to see. Looking forward to work with you all !

Interesting concept, I hope it works out. :)

I am excited to have you in my Barony xD

The guild hopefully picks up, happily looking for more members.

Glad to see other like-minded people around here.

I really like the concept you guys got going here!

I am happy to see the light hearted in this world. Know that if you are Vornair and near any of the groups I will be running you are most welcome to visit. Feel free to attend classes, Trade or seek shelter in your travels or look for any additional escort you need in your travels.

I am happy to see the light hearted in this world. Know that if you are Vornair and near any of the groups I will be running you are most welcome to visit. Feel free to attend classes, Trade or seek shelter in your travels or look for any additional escort you need in your travels.

As welcoming as that is, I'm afraid I've made our group's home in Bordweall. We are certainly going to be making travels in and out of Vornair, but unfortunately only our medical members and some preachers will be present in your country.

Light Blessings to you.

I really like the concept you guys got going here!

Thank you so much.