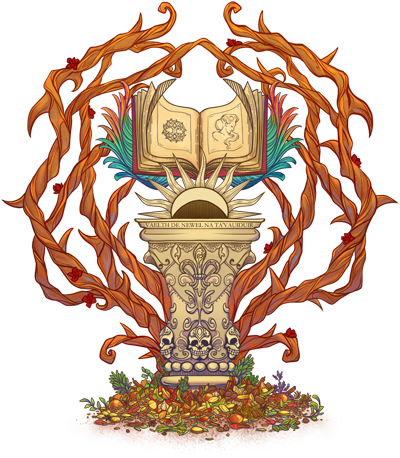 We welcome all regardless of your position or pledge level and we value each member of our community. The city of Nosléans in Newel County is the ducal seat for the Protectorate Duchy of Bloodoak focusing on a mix of PvP and crafting. We’re close enough to the front to be convenient, but not so close as to be uncomfortable. We’ll be a trade hub and a quick reactionary force to support the front line counties.

We are actively seeking individuals to join our Council, High Council, and Aristocracy!

Barons and Mayors of Newel: You should join Newel with the understanding that you are free to pursue any legal endeavor you choose while supporting our community, front-line counties, and Duchy! 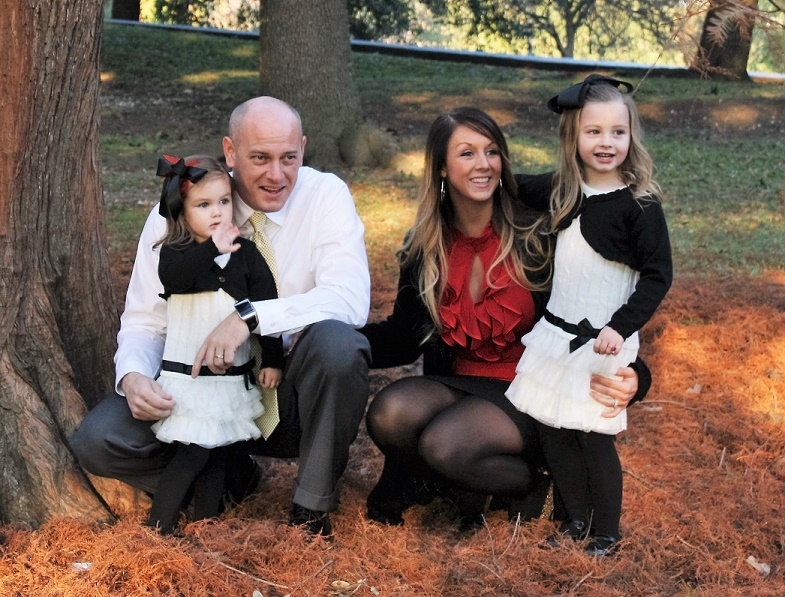 A little about me (your new Count/Duke)... I'm a family man and plan to treat everyone here as such.

At launch, with a structure set up much like many of the successful guilds I’ve run in the past, we will have several organizations which lead their respective areas that we plan to focus on each supported by High Council and Council members.

My hope is to not only be a great leader for Newel but to also recognize leadership within our community and put them in positions to promote quality, efficiency, growth, and change if needed for our community.

I can personally attest that Noslim has no problem calling out violations of what he believes to be outside "the spirit of the game" in the aforementioned no BS consistent manner, regardless of an individual's rank or kingdom (including our own). 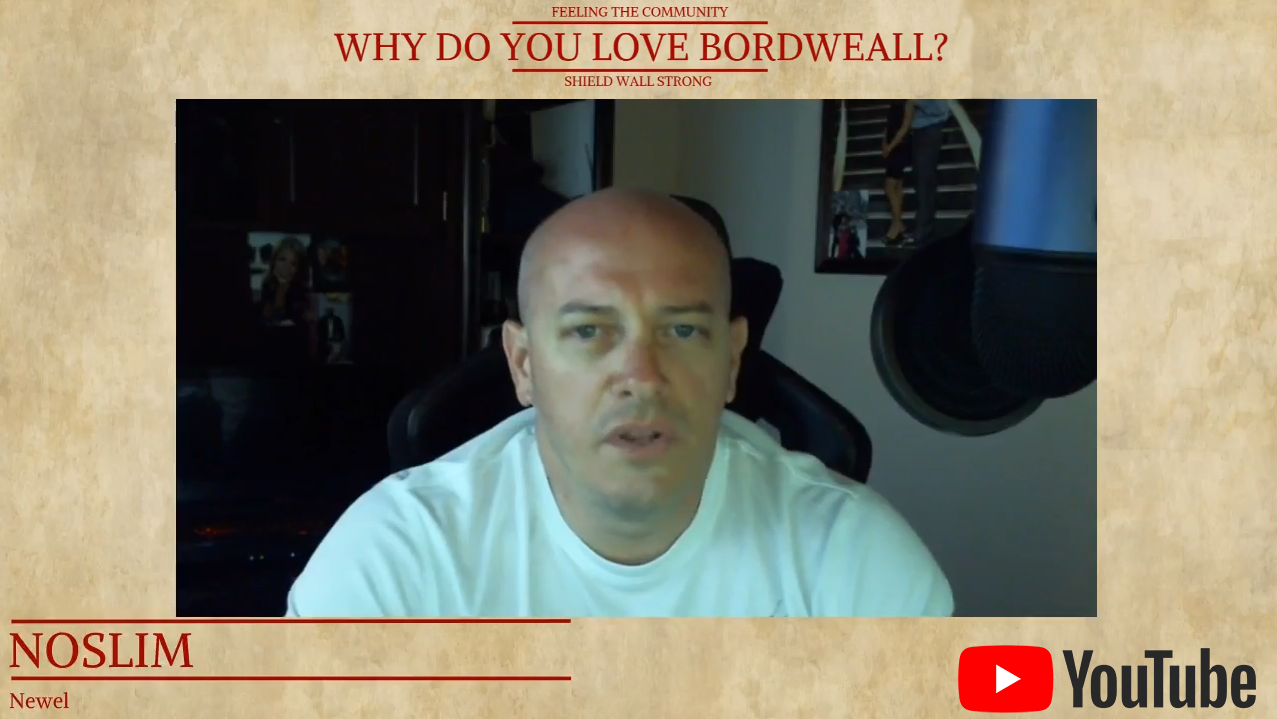 In the beginning, there were the Blood Clans: the Oakenroot and the Thornbrud, each their own half of the Bloodoak. Peace and war respectively, the Blood Clans rallied to hold up their own sides of a budding culture.

It should come as no surprise that the bloodline now known as “Newel” were amongst the first to take upon the Thornbrud mantle. They were a line of warriors and tacticians from the start, proud to protect their kingdom and the Bloodoak.

The Newel seat, throughout its history and even before being called such, was of strategic significance to the expansion of the kingdom; perhaps more so, however, the people themselves were of value. The family line of Newel were a true boon to the kingdom, always fighting to preserve the lands. Born from the original Fallskeeper line which made up a majority of the First Wardens, the name of Newel would be taken much later.

A young son of Adrelia Fallskeeper split off in the late 400s to look for cures to the plague that rippled through the lands of Elyria. He renamed his family Newel, meaning support, as a means to signify what he would accomplish for his mother and the people of Bloodoak. After the plague ended, the Newels began scouting and taming new lands close to the capital of Bloodroot to be used for future family offshoots. The Newels also mapped out potential roads and locations that might be advisable to hold baronies and other fortifications. The new bloodline never strayed far, however, always there to protect the heart of the land and to keep the duchy and kingdom strong. Although there is little early written history of much of the kingdom, the story of Gioane Newel’s victory against the Hasnosaz is well spread. The Hasnosaz, a clan of Waerd from the west, began encroaching upon Bloodoak territory in the early 620s. First they came seeking citizenship, but when the passive First Warden of the time, Fiora Meist, clashed with the overly aggressive leadership of the Hasnosaz, skirmishes began.

Over the next twenty years or so, tensions would wane and then rise. At last, they came to a nasty head. The Hasnosaz orchestrated the assassinations of Gioane Newel-Fallskeeper and another Bloodoak noble, attempting to dispose of some of the most influential figures before an all out attack. Gioane was known to be one of the strongest bodies and most cunning minds in Bloodoak in her day. As a military advisor to the First Warden and a strategic mastermind, Gioane lead many expeditions into nearby and distant lands to scope kingdom expansion. She was well respected and loved by her people, making it no question that she was targeted by the land thirsty Hasnosaz. She herself posed a direct threat to their own ability to claim territory.

While spirit walking back to her body, Gioane Newel was contacted by a foreign Kypiq Guardian of the Forest, saying his people were being systematically slaughtered at the hands of the Hasnosaz. With his dying sparks in the astral plane, he begged Gioane to save his people, in exchange for the land they had traveled to claim. The Fallskeepers, Newels, and a small collection of other military forces, came together to drive off the Hasnosaz. Lead by Gioane, they swept through the territories, saving whoever they could until they reached the concentrated site of the ongoing battle. Gioanne Newel lead her army to victory against the Waerdic encroachers. The site of one of the greatest small scale battles to take place in Bordweall would be reborn from the blood of many Bloodoak citizens, chief among them, Gioane’s.

Upon a hilltop overlooking the battlefield, Gioane Newel was burned before her armies, rallying them to a frenzy that won them the day. The turning tides lead her warriors to a decisive victory.

In the aftermath, Bloodoak rallied together and ended the Hasnosaz in an unyielding hunt. Once free of their scourge, those that died to protect their people, Gioane most of all, were honored well and their memories written. Then, the land was slowly claimed, taking it for Bloodoak. Some of this land now stands as the pinnacle city of Newel County, the seat of Duke Noslim’s Bloodoak Protectorate. After Gioane’s death, her daughter Brelin took over the Newel forces and established a new base upon the site of the recent battle. After securing not only their victory, but also even greater respect amongst the people of Bloodoak, Brelin named the newly growing city on the sight of the battlefield “Nosléans,” thought to mean “legend.” This name signified the sacrifice of her mother, a legend in her own right, the incredibly bloody battle nevertheless won, and the union of people in a bond that may not have been possible otherwise.

From this point, the Newel’s reputation only grew until they were at last granted the honored position of Protectorate Duke by the Fallskeeper bloodline. Entrusted with the continued prosperity of Bloodoak and the kingdom of Bordweall, the Newel line would continue to serve at the First Warden’s side. The rest, as they say, is history.

Champions (Recruitment Post)
Leader- Open position Officers- Open position, Open position
The Champions Coalition is an association uniting our champion players with organizations that can be found within the borders of Newel County.

Explorers (Recruitment Post)
Leader- Open position Officers- Open position, Open position
Explorers are those who specialize in survival skills, allowing them to be out of town for long periods of time, making their living by knowing what’s where, and charting the safest way to get there.

Producers (Recruitment Post)
Leader- Open position Officers- EternalKing#3357, Open position
The Producers are the crafters of Newel. They’re the blacksmiths, bakers, alchemists, and tailors. When they’re not crafting they’re selling their goods in a storefront or auction house.

We have officially welcomed the following guilds and organizations to operate within Newel:

Are you an adventurer? Are you an explorer? A mercenary? A free spirit? Then you’ve come to the right place. The Order Of The Quest is a group dedicated to finding work for those of us who haven’t settled down. It’s where requests are made for various jobs are fulfilled by our skilled members. From simple requests for supplies to a journey to slay a great beast The Order offers it all. I love it, welcome aboard :)

I'll be back when I see mechanics

cant wait to have a long talk with him

LOL What are you trying to say? So you're saying I talk about this game alot huh..

cant wait to have a long talk with him

LOL What are you trying to say? So you're saying I talk about this game alot huh..

He is saying you need to breath between sentences. :-P

Thank you for the kind words! We will continue to work very closely with Cedargore County!

Are you a grand county?

Are you a grand county?

Correct! We are a central supporting grand county for our Royal Grand Duchy of Bloodoak! Current plans are to reside over 2-4 counties prior to exposition.

Thank you for the question LordIsi

Happy to be here!

"The board is set, the pieces are moving."

Recruiting for two leadership (Council- Master of Coin and Cheif of Agriculture) positions in our Suppliers Guild (merchants and gatherers including miners, lumberjacks, and farmers) and at least one additional Mayor position in the county of Newel.

And or Discord link Here

If any of these positions interest you, you're still looking for a home and/or have any questions please let me know!

Happy to be here!

Glad to have you here Carmek!

We still have positions open for those looking for a home!