As we enter the new year, the team here at Soulbound Studios has new adventures to complete. We wrapped up our most recent adventure at the end of 2017, and we entered the office recharged, ready to take on our next set of quests.

For those who are new to the happenings around here, welcome! We're glad you're joining us on this journey. To catch you up on these blogs: We'll be framing the next set of blogs and updates as adventures, and each adventure will have a set of quests our parties need to complete to achieve our goals. There are a handful of adventures we'll need to take on before Alpha I backers will be able to hop into the world of VoxElyria from the comfort of their homes.

Our next adventure is focused on providing a sense of identity and corporealness to the characters in Chronicles of Elyria. There will be three major quests to tackle this time around, revolving around character customization, the inventory system, and collision.

Let's dig into the details.

The Quest for Character Customization

The first screen in character creation is birthday selection. It will contain a simple UI to allow players to pick an age, and then an individual birthday. Once a qualified birth date is generated, a number of things about your character are determined including which families are in the correct age range for you to join and elements of your personal destiny! As the team completes more of this quest, you'll see that celestial bodies play a part in a character's destiny as well. There are countless comets, asteroids, planetesimals, moons and planets in the Elyrian system but, for the purposes of determining player destinies and astrology in general, only those objects that are most visible or seen as most "monumental" are tracked. We revealed a few of the celestial bodies in Elyria here, but in cased you missed it, here's a peek at a few of the heavenly bodies in the Elyrian system created by Art Director Heat.

During character creation, all eight starting tribes can be customized according to their bloodline. This means we're increasing the depth of character customization to include all aspects of the starting tribes: hair, eyes, skin, height, and face, in addition to proportionality. These traits will be reflected on the character when the character enters the world. Designer Souzou and UI/UX Designer Death will work with the art team to finalize and polish that tribal constraints for each customization setting.

Lastly, the team is building the Soul Chamber in engine, so our characters have a space to exist in during character creation. Technical Art Lead wiz is optimizing the lighting for the scene, Character Artist Vanimus Prime is polishing the tribe target models, Technical Animator Strider is working on implementing the proper camera positions, Character Artist Irreverent is crafting a work-in-progress world map that will be how you choose your starting location (in a future adventure), Animator Racronos is modeling the geometry and details of the Soul Chamber, Death is creating the UI, and Engineer Sekmu is working on the engineering aspects to pull everything together.

And the end of this adventure, players can choose a birthday, name, and physical appearance during character creation.

The Quest for Inventory Management

As we design and build our inventory system, we need to be able to test functionality of the feature. So at the moment in our test builds, characters in the world will be able to open up their inventory screen and move things between three containers. This includes a backpack, coin purse, and pocket. At the moment, we'll assign random equipment in the inventory to test that the feature is working as designed.

Each container or bag on a character can hold any number of items as long the total volume and weight doesn't exceed the container's limitations. Each container will be accessed through the central inventory, where you can select and then view the contents of a given container by selecting it and opening it. 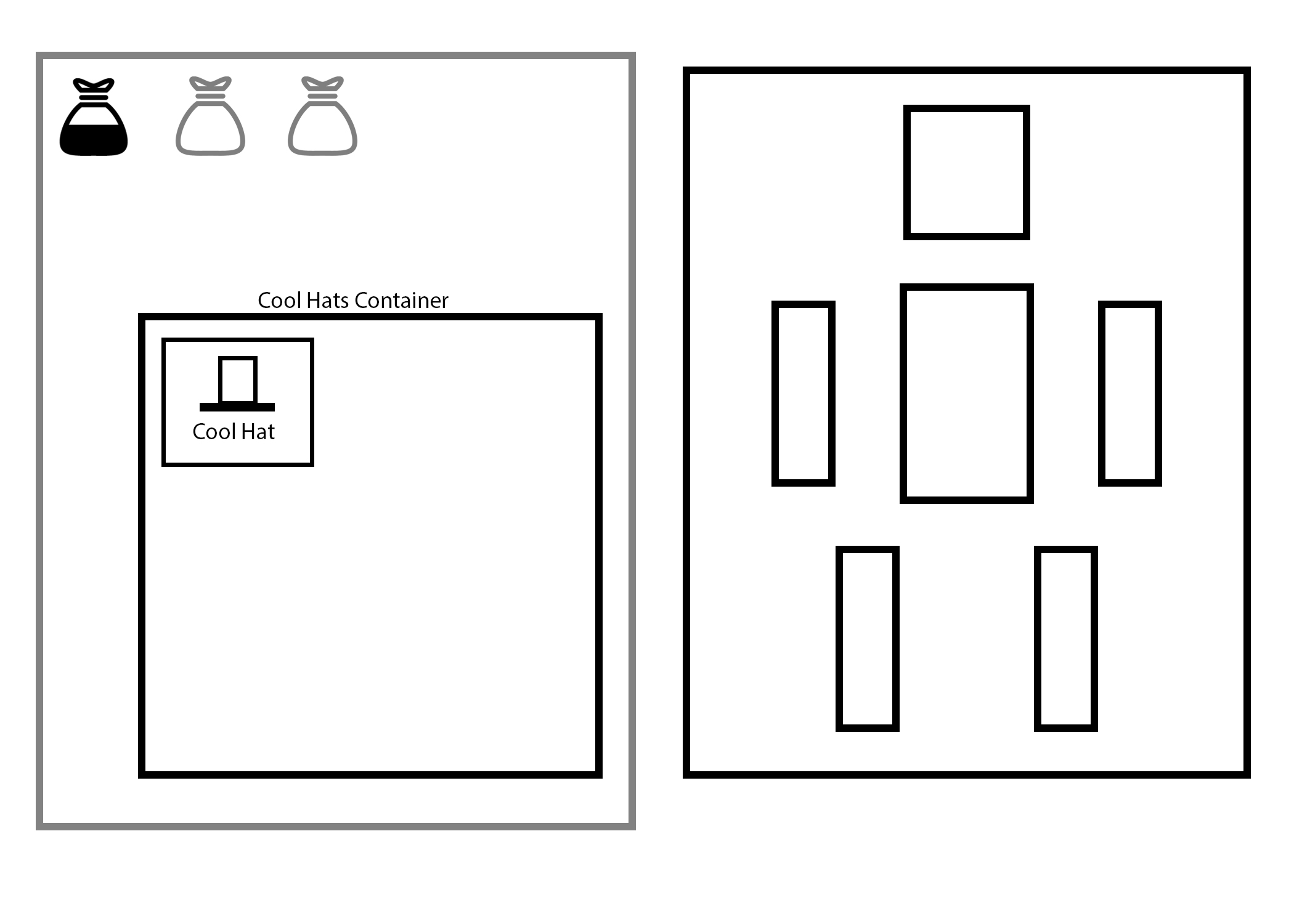 The amount of space open, as well as the weight of the bag, will be represented through visual icons. 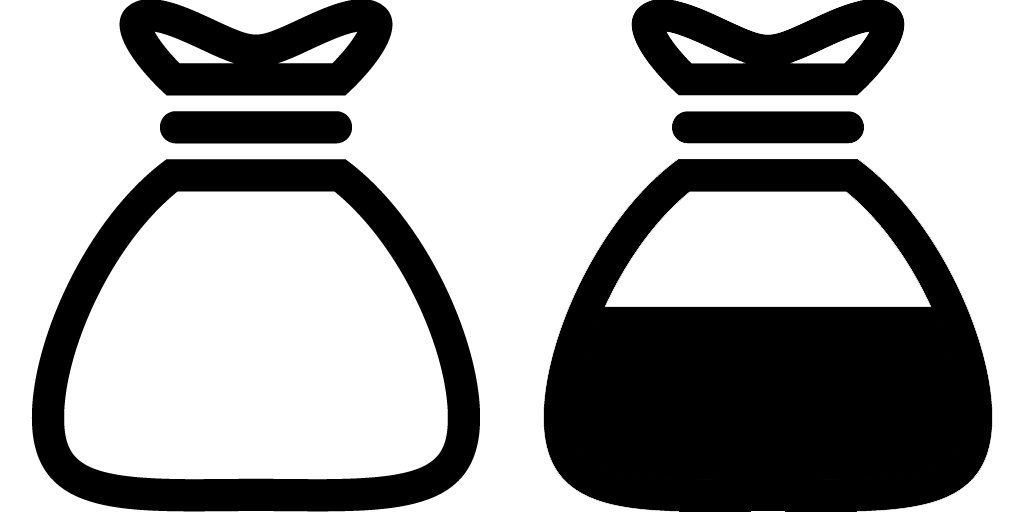 As a player, you can move objects from one container to another. If there is ample space to fit the new object, it will succeed and the container's UI will change to reflect this newly added weight and volume.

Equipping something to the body costs time rather than happening instantaneously. Different equipment have different time costs; for example, equipping a pair of gloves would take less time than equipping a cuirass. These equip times can be impacted by various factors, including attributes, environment, and character status.

The world of Chronicles of Elyria is a dangerous one, so you make sure your location is safe before you change equipment. For example: If you want to change your pants but you're wearing greaves, you need to first take off your greaves and then your current pants before donning your new ones. If interrupted before finishing donning your pants but after having removed everything else, your character will be rendered pantless! Yes, pantless. 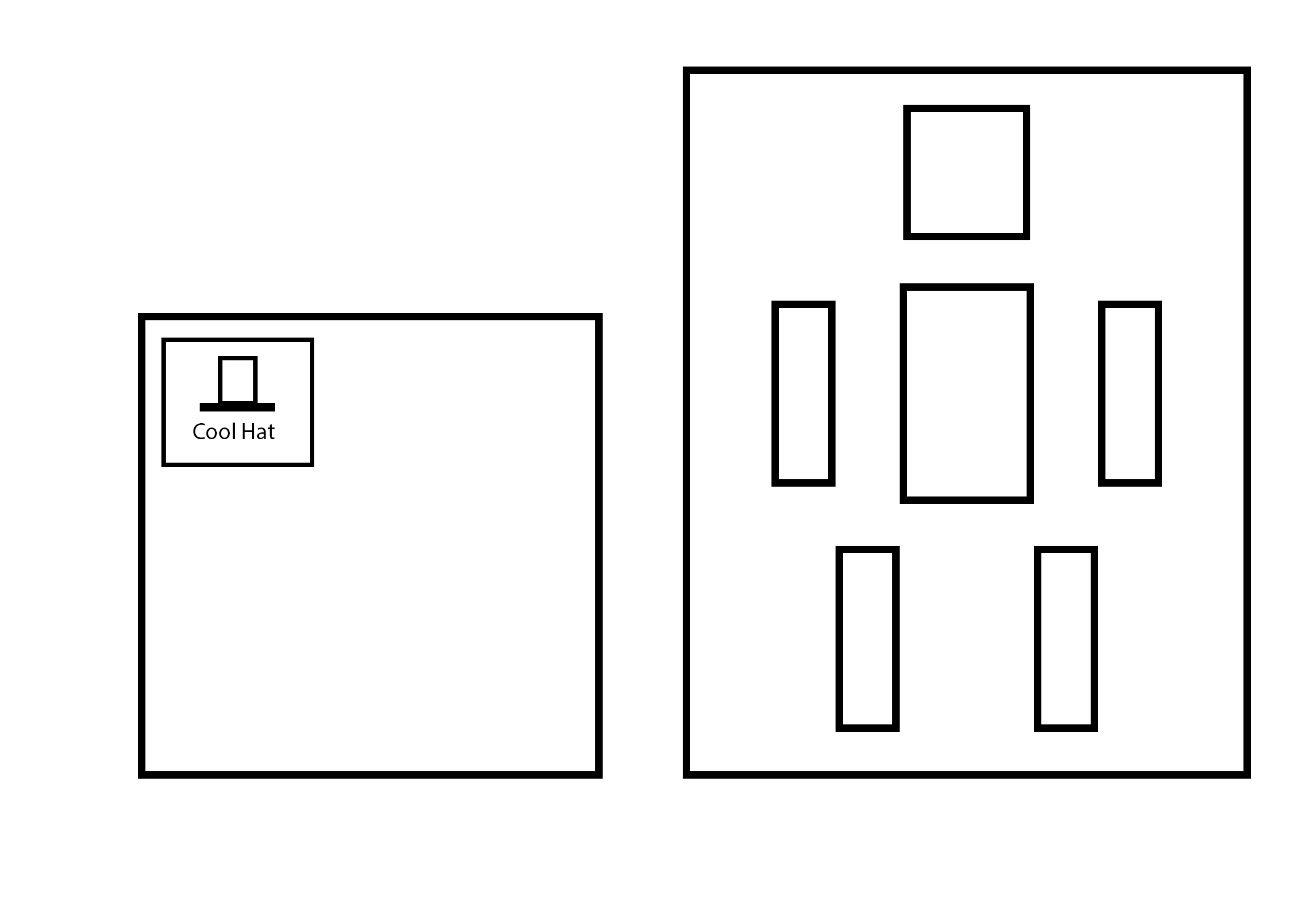 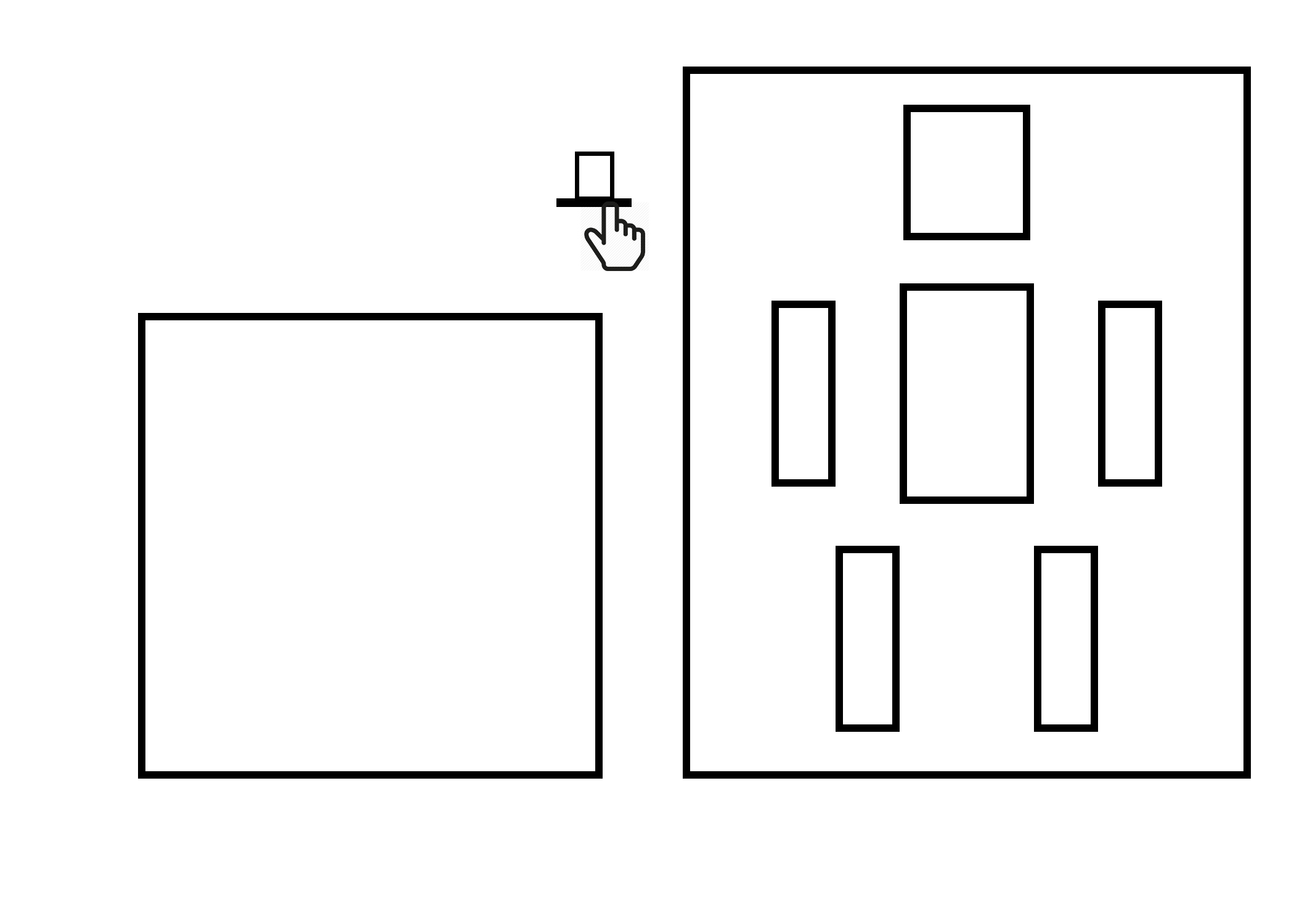 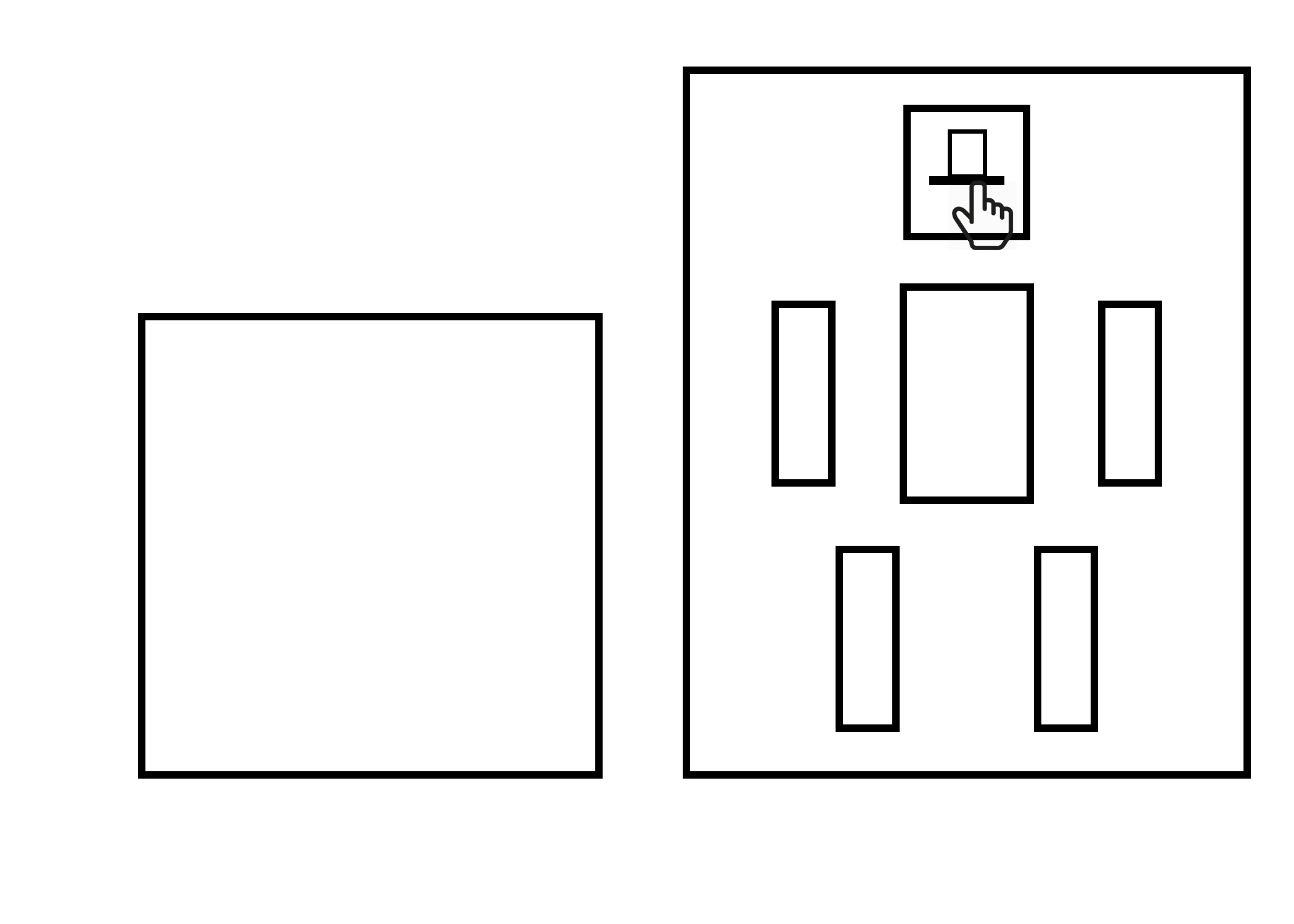 In addition to the inventory management feature, the design team is tasked with creating the wearables and wieldables in Chronicles of Elyria, as well as fleshing out the encumbrance system. For this adventure, the team will come up with a list of wearables and wieldables, wireframes for both of the features, and the functionality to put things on and take them off.

Souzou has been working on some of the wireframes for this feature and had a few things to say about the upcoming system. "One of the bigger problems when designing the inventory is keeping it feeling organic. Immersion is a large focus for us, and so the inventory system needs to feel intuitive while also being robust," Souzou said when asked for a comment. "A good inventory system is, at minimum, an inventory system that wastes as little of the player's time as possible. If you have to navigate through a bunch of submenus time after time, what might have been a forgivable amount of dallying suddenly becomes a lot more irritating. Thanks to the nature of CoE, there are several other things we get to do with the inventory system to make it fun. One of that being the tension that comes from using it at a given time. Since danger is always around the corner, when you decide to look into your inventory, you're taking a calculated risk."

At the end of the adventure, players will be able to move items from their inventory onto their persons and into their hands.

The Quest for World Interaction

Whenever a player is within some proximity of an object in the world - whether that be craftable objects, plants, animals, or other natural resources (not structures / buildings), characters can examine the object. Information will be tiered based on character knowledge, so a blacksmith will likely get more information about a metal ore than a farmer. Examining does not require someone to pick up or otherwise interact with an object.

As characters move about in the world they may attempt to pick up or put down objects. If the object is too heavy for them to pick up, the character will still try!

Where before we were just downloading terrain, we now want to download all object positions and data, including hand-placed trees, rocks buildings, and other players. By completion of this adventure the world being downloaded around your character will look a lot like our biome explorations.

Similar to the pairing of download and physics in the previous adventure, in this adventure, all items in the scene which have been downloaded from the server should be able to be collided with on both the client and the server.

Players will collide with the terrain, structures, trees, and other players by either being forced to stop or trying to slip around the obstacle if it isn't too big (think walking through crowds in Assassin's Creed).

At the end of the adventure, players will be able to move about while seeing and colliding with static objects such, as trees and buildings, and collide with other characters.

Executive Producer Vye will be showing off some of the progress the next time you see an update about this adventure. Creative Director Caspian is also working on the latest State of Elyria post, so be on the look out for that.

Very nice. Good to see some concrete systems broken down in detail! Cool beans. I wonder if other inventories (i.e chests and other storage in player homes) work the same way.

The hype is real!

When will those awesome Q&As return? 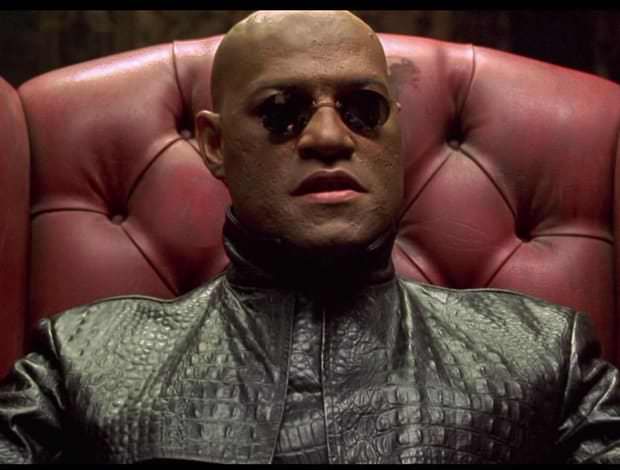 Looking forward to my Cool Hat!

Great update guys. I really loved the world interaction part, it'a what stuck out to me and it's just that attention to detail that makes me wanna immerse myself in this game :) Awesome news! I especially like the astrological influence. Not a believer IRL, but in a fantasy setting, it definitely helps integrate lore and immersion. Very excited to create my own character!

awesome, it has been a while since I've read some concrete information on how this game is shaping up and the mechanics behind it. Thanks for the quick read!