We are the eyes and the ears in Al'Khezam. The birds of prey with keen eyes and wide spread wings. Paint brushes that create the maps. We are the survivors, the wanderers, the scouts, the bounty hunters, we are the Rangers.

"We fight in the dark, to keep the light."

The Rangers are an elite paramilitary organization, tasked amongst other things with foreign and domestic intelligence gathering within and outside of Al’Khezams borders. As this includes cartography, regional animal control, bounty hunting and border patrol. It means their inventory has to be versatile in both Item and Skill.

At the Nocks we can restock, resupply, rest and find a light for our souls after dark roads. Small and often hidden outside of towns to prevent prying eyes, the rangers come and go without being seen.

The Nocks are named after the bloodlines that keep them, in honour to their family and heirs for their dedication to the rangers. 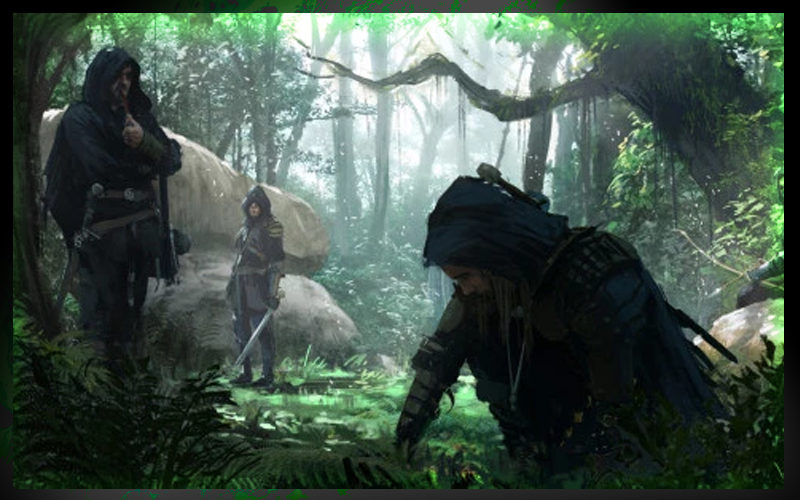 The Ranger Corps was founded 70 years prior to the emergence of the calamity known as The Searing Plague. This shadowy group seemingly appearing out of nowhere during border disputes started traveling inward to combat banditry and all manner of ills that befell the common folk of Elyria. It is said they originally came from the East, adventurers and explorers, from far across the Seas; though the truth of their origin remains shrouded in mystery. The histories ascribe to them near mystical powers, blending shadow and light to appear out of nowhere. As The Plague ravaged their lands so too did the Rangers suffer casualties, their numbers decreasing as one after another succumbed to the vagaries of pestilence. This calamity served only to strengthen their bonds to each other, forging ties closer than ever before as they sought the origin of the malady, the roots of the Blood Mark Wedding, that plagued them and all of Elyria. This was their attempt at honoring their fallen. It took them many years and the truth of their quest remains unknown but they emerged from the plague ravaged lands still strong of heart but weakened in numbers; their organization clinging to survival.

Yet there was still hope to be found among them. Their blood remained strong and from among them a leader emerged to restore the ancient ways of branch and brook, to forge and mold them. They had been through the crucible and that Ranger would be the smith to shape them. The Rangers still serve to this day, led by the descendants of that leader. They seek out those strong of limb and heart, courageous and virtuous. They fight, to this day, swearing vows to protect the innocent from the darkness that ever encroaches on the people of Elyria and shroud themselves in cloaks of misinformation and mystery to protect those they hold dear. They stand between the darkness and the people of Elyria, protecting them with their lives if they must. Loyal to the Cause, to Al’Khezam, to the Light.

Join us on Discord 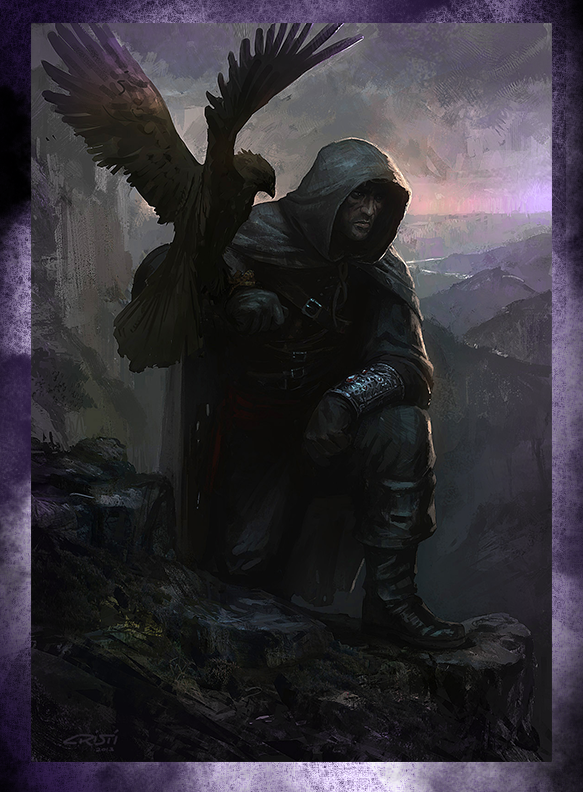 This looks very cool! Nice artwork as well. Good luck with your organization!