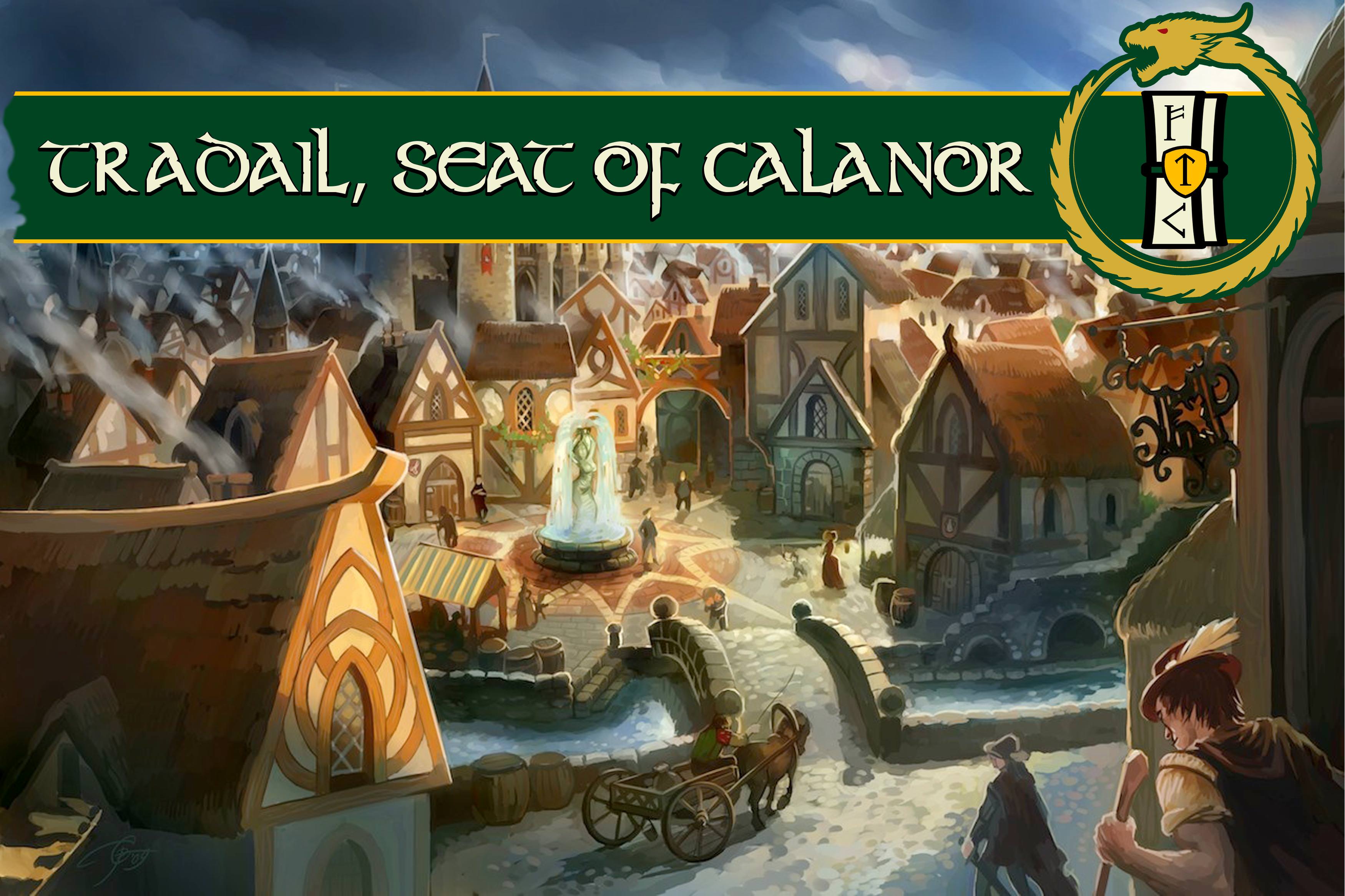 “Trádáil was his first step, the initial accumulation of wealth and standing. It started as an inn and a barn on a dirt road. Within one year it was a small town with a few stores and a smithy. Within two he opened the bazaar and had become a major caravan stop with paved roads leading in and out of the county. Within three it was the seat of Calanor County and had grown into a thriving center of trade where anything imaginable was for sale and entertainment was around every corner. It’s amazing what you can build with a few pieces of paper, a bag of coins, and a dream.”

Trádáil is the premiere trade and entertainment city in Alésia, found in the Grand County of Calanor. It acts as the seat of power for Count Duffy de Concierge. At the center of the city you'll find the Hub, featuring many of the city's major attractions. From the Hub avenues spiral throughout the rings of the city, each ring featuring areas dedicated to specialized stores and crafting, research schools, warehouses, residences, and of course entertainment and refreshment centers sprinkled throughout. In Trádáil you’ll find plenty of ways to spend your time and money!

We’re always looking for up and coming business opportunities. If you’re thinking about being a merchant, crafter, forming a professional guild, or a research school, consider making your home in Trádáil. Of course safety is also paramount to doing good business, martial organizations are also welcome in Trádáil.

Trádáil is home to not only local organizations, but also acts as a major way-stop for foreign ones heading deeper into Alesia. Contact the Concierge to discuss opening franchises in Trádáil today! 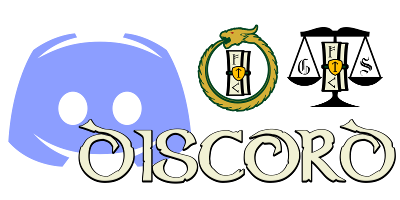 As a border county at a major crossroads Calanor will act as a gateway to Alésia, welcoming visitors from far and wide. Featuring some of the best roads and border forts in Elyria visitors can travel quickly and safely deeper into Alésia, or seek out business and entertainment in the county seat of Trádáil. The Grand Bazaar and Gold & Steel Trading Co. Main Office located there offers a wide selection of Alésia's finest goods and services. Click the banner above to find out more.

The Gold & Steel Trading Co. is a contract driven institution based out of Trádáil in the Kingdom of Alesia. G&S features three major divisions: Contracting, Banking, and Trade. 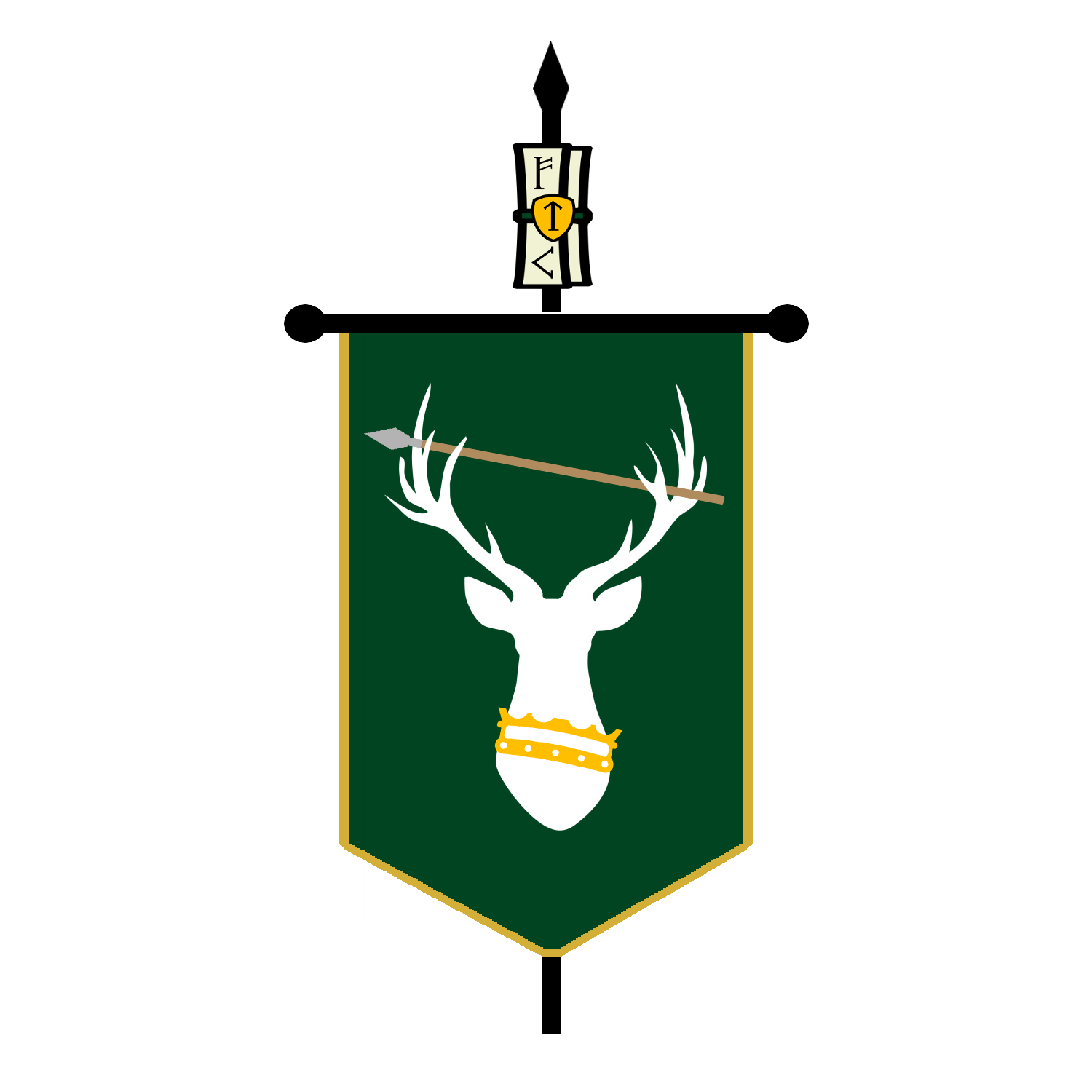 The following have expressed an interest in cooperating to promote trade across the diverse regions of Alesia.

Added Tortuga as a trade partner, you can also check out Vigorish's Duchy Campaign here.

Looks like I just got beat out for a Duchy and won a County, everything has been scaled appropriately.

Free Kingdom Chronicler Accounting episode where I talked a bit about plans for Calanor.