There are beasts to be tamed, crops to sow, and hell to raise!

What is Breed N Bleed

Breed N Bleed is an animal focused association containing a set of guilds, schools and associations that assists its members in training, placement and (if needed) the assistance in establishing a new branch or outpost. The headquarters for Breed N Bleed can be found in The Anemoi, a duchy devoted to raising the best animals and their products. (Ask about our new branch/outpost ep incentives!)

Breed N Bleed is a founding member of S.T.O.R.E

Bestial Breeding: The animal focused guild of Breed N Bleed, has multiple branches within the counties of The Anemoi and is always looking for more branch and outpost leaders/founders.

Hide N Stitch: The leatherworking and tailoring guild of Breed N Bleed, has multiple branches within the counties of The Anemoi and is always looking for more branch and outpost leaders/founders.

Tanning N Apparel: The leatherworking and tailoring school of Breed N Bleed, has multiple branches within the counties of The Anemoi and is always looking for more branch and outpost leaders/founders.

A.S.S (The Anemoi Schoolhouse of Survival): Breed N Bleed’s school focused on useful skills to help capture, care for and tame animals, has multiple branches within the counties of The Anemoi and is always looking for more branch and outpost leaders/founders.

With The Anemoi being such a vast region of land, there became a growing need to consolidate the knowledge, products, and skills in-order to sustain the various regions and groups within its borders. Breed N Bleed seeks out any and all animal based guilds, schools or associations in order to form bonds to build trade networks for a larger supply and broader selection of goods for their skilled craftsmen to buy/trade for. This allows for its members to grow their skills and knowledge from both the access to a larger selection of goods to become familiar with and their ability to share knowledge, skills and recipes with other members within Breed N Bleed.

Breed N Bleed also strives to form alliances and business agreements with other guilds and groups who share similar gameplay goals but do not wish to be subsumed by Breed N Bleed at large. These alliances will be built on the sharing of expertise, skill, and business information to the benefit of both parties. This relationship allows them to remain as a separate economic entity, operating under their own leadership and market goals, while still benefiting from the relationships that Breed N Bleed builds abroad. As each alliance strengthens over time, so too will the flow of information and resources, with the hope of building a strong foundation of cooperation.

Though the ideal of the free distribution of knowledge and a large trade network of goods for the improvement of its members was the founding principle of Breed N Bleed, it was quickly seen that integration with the local economies around each branch could be leveraged for economic gain. Each branch strives to develop strong ties to the supporting markets that they both buy from and sell to. Whether those ties are to local merchants, traders, transporters or simply the local populace, this concentrated effort to build up contacts has become core to the success of Breed N Bleed as a whole. By sharing those contacts with other members of Breed N Bleed, each member can be certain that they can efficiently and productively sell their merchandise no matter where they happen to find themselves.

The headquarters will host regular meetings with all the Branch owners as well as hosting conventions where members from all the branches of Breed N Bleed are invited to travel to the headquarters. They will train with the best of their profession, trade knowledge, and trade goods/materials. The Headquarters will help new members venture out to form or join another Branch/Outpost. The Headquarters will also work to establish strong bonds with other organizations in order to work in conjunction with them on cross profession projects and crafting jobs.

Branches will be responsible with managing and disseminating info to the Outposts within their county. They will host regular meetings with county Outposts’ leaders in order to distribute knowledge gained from the Headquarters as well as consolidate knowledge between the outposts.

Outposts will be formed in towns throughout a county which already has an established Branch. An Outpost will establish trade routes and contacts within its region and coordinate with the Branch/Headquarters for trade between outposts of the association(cross settlement) and to establish communications for outside traders and allied organizations.

There will be a council formed which includes the head of each organization that is a member of Breed N Bleed Organizations that have recently joined will start out attending the Council meetings, and as they develop their organization and relationships within Breed N Bleed, their opinions on matters discussed in the council will carry more weight.

The founding members will have the ultimate say on decisions made by the Council but no major decision will be made without the Council's input on the topic. The Council will meet regularly to coordinate each Branch with one another and to update each other on the current state of their Branch, its Outposts, and any other alliances/trade associations they may have formed. These meetings will also be the most opportune time to share the gained knowledge/skills of their trade between each Branch leader and the Headquarters, hopefully, sending each Branch leader back to their respective Branches with new knowledge to share amongst their Outposts and members.

Any members that wish to join any of the listed Guilds and Schools and their specializations.

Any new Outpost or Branch of the Association, guilds and/or schools. (Reach out for possibilities of assistance in launching a new Outpost or Branch) Any other guilds/schools/associations that wish to develop trade relations Please reach out with any questions or for more information on our Discord. Thanks for considering!

Stormforge Tactically Optimized Regional Economy formed as a joint effort within The Anemoi of multiple regions, The Stormforge, a county where mining, smelting, and blacksmithing are its core focus and identity,, and Zephyros, a county devoted to raising the best animals and their products. You can read more about The Stormforge and the duchy it resides in The Anemoi , which resides in the Kingdom of Vornair.

I look forward to working with Breed and Bleed to establish a branch within The Stormforge !

Look forward to working with you!

Breed N Bleed is seeking guilds and people to utilize our leather and wool. If you have a leather or tailoring guild or simply want to start one please pm me or seek me out on discord. 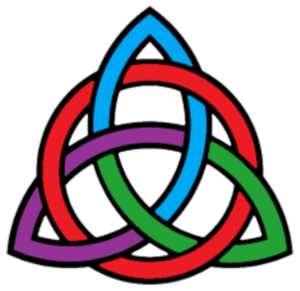 I will be working with Nimb as a mayoress to set up a town that will focus on medical-human and animal, husbandry and breeding for pets, hunting and protection. I hope, if mechanics allow, to open the first Veterinary guild and teach anyone interested.

The Kingdom of Vornair - The Anemoi - The County of West Zephyros - Mayoress of the Town of Grey Wolf Weald Cimmera's Friend Code: 1551BF Click here to Join Anemoi Discord

Count me in for Breed n bleed when the time comes.

(edit) Oh, I will be operating out of Skara Brae.

I will be working with Nimb as a mayoress to set up a town that will focus on medical-human and animal, husbandry and breeding for pets, hunting and protection. I hope, if mechanics allow, to open the first Veterinary guild and teach anyone interested.

Sounds like an excellent venture! Any thoughts on the location just yet?

I have a college of animal husbandry on the opposite side of the kingdom. I will be reaching out to you (Nimb or his representative) about associating.

Contact me via Discord if you would like more information, or to coordinate breeding programs: https://discord.gg/XaVU6z @KrivAldent#7561

Head Beastmonger and Proctor Pferden Atem College of Animal Husbandry The University of Weißerstein at Trausthafen The Kingdom of Vornair, Luna