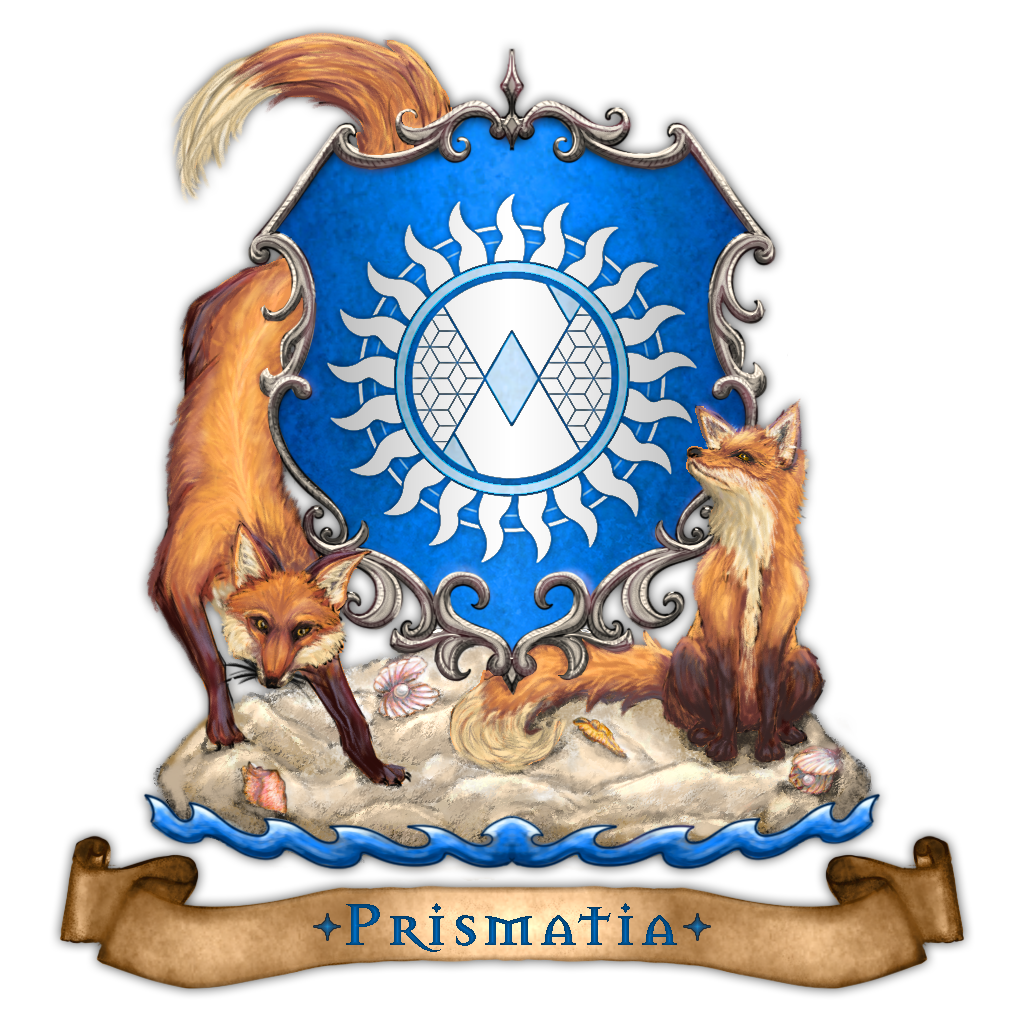 Located within the Kingdom of Valyria on the NA-W server, the Duchy of Prismatia intends to become a vibrant centre of trade and culture. We encourage those from any and all backgrounds to come and make their home here, and to share their goods, customs, and knowledge.

As well as that, we're also eager to see people go off and explore; discovering new lands and bringing home their grand tales, maps, and heaps of treasure 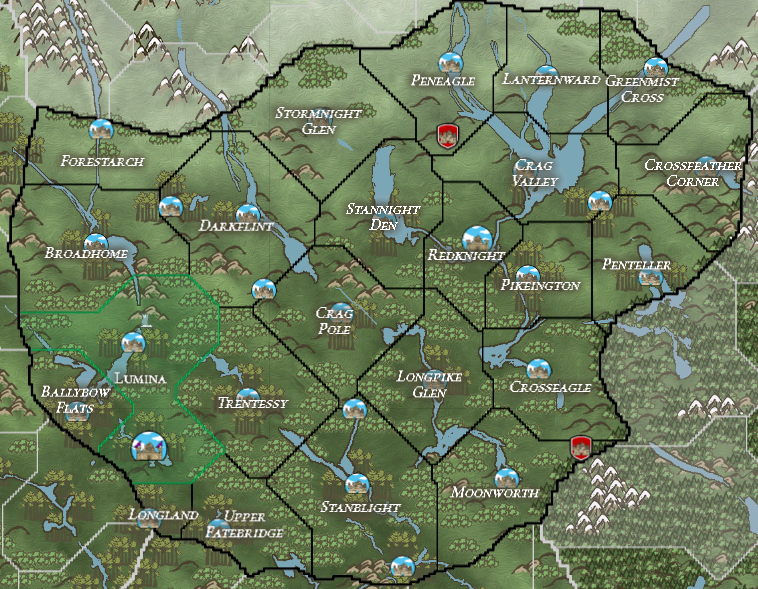 We advertise Prismatia as a home to all, and as such it is of great importance that we advocate respect and tolerance. We follow the belief that diversity of mind and opinion is paramount to the success of a community, provided that mutual respect and understanding is held above all. We aim to have a good time and do our best to get along with one another; encouraging each other to be open and involving with our fellow citizens.

Aside from that, Prismatia has ambitions to not only make our home and allies as prosperous as we can, but to also seek out new lands. With the support of our southern neighbors and the guidance of the Torchlight Initiative, we seek to settle and establish colonies on the Farside in order to further not only ourselves, but those we care about and work with. If that sounds up your alley, then this may just be the duchy for you!

Prismatia endeavours to prosper in trade and economics, and desires to forge a safe, structured, and thriving environment in which merchants and traders from all over feel comfortable to sell their goods and services. Prismatia offers quite some advantages when it comes to trade, such as a lack of domestic tariffs and open interior borders (unless a count specifies otherwise), as well as tax reductions, and guaranteed deals with our duchal neighbours.

It's very much in our interest to forge a sense of uniqueness unseen in most places. While the local culture always shall be respected, we very much want to encourage an air of openness and honesty. This can be seen most clearly in our celebration of Veil Day; harkening back to a time long passed in where the Duchess of Prismatia revealed a secret that would forever change the face of the duchy. As well as Veil Day, we have a range of festivals and events in the works that we'd love to see you participate in!

Prismatia has adopted a clan system to better organize and give a sense of uniqueness to its citizens. The clan system is based upon professions.

The Fox Clan favors the search and preservation of Knowledge. The Fox Clan includes scholars, healers, and scribes.

The Wolf Clan favors the hunt and extraction of natural resources. The Wolf Clan includes miners, lumberjacks, and foraging.

The Deer Clan favors the harvest and cultivation of nourishment. The Deer Clan includes foragers, cooks, and fishermen.

The Hare Clan favors the exploration and adventure of socialization. The Hare Clan includes diplomats, administers, and merchants.

Prismatia is currently recruiting for the duchess' council. Current positions are as follows, with descriptions to come at a later date:

As a home for everyone, we seek to invite guilds, schools, and other organizations from all over! Here are some that are with us currently:

The Halls of Cognition are a repository and sanctuary for knowledge of all kinds. Whether you are looking for almanacs, grimoires, or pamphlets, the Halls likely have what you seek. Every topic imaginable, from farming to fullers; basket weaving to brassicae; animal husbandry to zoology; if it was recorded, it will be here.

We take our responsibilities to the Duchy seriously. The Halls of Cognition aim to preserve their charges for future genrations, so that the cultures, skills and techniques of the past are never lost again. Scholars, residents and visitors are always welcome. It is an invaluable resource for both the Moonbow Academy and Solaire Academy of Art

The Knights of Gilded Dawn wear their Heavy Armor and fight alongside fearsome beasts, or astride powerful steeds. They venture forth into the world beyond their Order Hall to answer calls to adventure and glory, aiding the people through their skill at arms. They answer the Calls of the Duchess of Prismatia, sworn as knights to support their patron in battle.

Can't wait to be a member of Prismatia, wish the duchess all the luck

Great to finally see us officially make the move to West. I'll get to work on setting up the ducal naval institutions and write up what I can ASAP! Looking forward to seeing how we progress in the future.

Whats a master of framework do?

Congratz on the new countess

Glad to call this Duchy home.

We're super happy to have you here in Prismatia! :)

Me running to claim in the duchy during D&SS!