Welcome to the Kingdom of Kairos

A note from the King: “I bring quiet confidence to bare, with an ability to recognize the strengths of those within my kingdom, and that will be what will set us apart from the others. Those joining Kairos will immediately be put in contact with like-minded individuals in order to further their goals within CoE, or will be encouraged to expand on their own unique goals with the weight of the kingdom behind them.” - Thared Richfort

The Kingdom Of Kairos

Kairos (Greek): The moment when conditions are right for the accomplishment of a crucial action.

Simply put, as a nation we look to work together to build our kingdom to be the best it can be. A safe, prosperous community for all people.

The Kingdom of Kairos is a neutral, economically focused kingdom. Don’t let the economic focus deter you if you have no wish to partake in the merchant’s games.

As a kingdom, we will need every role imaginable in equal measure to become the best we can be. A merchant cannot sell bread without the baker to make the bread, a farmer in the field to make wheat, a smith to forge weapons and tools, a miner to pull out the ores, trader to move those goods, and a sentry on the wall to keep watch. Balance.

We will be located on the Luna (North American East) server and look forward to seeing you all in the land of Elyria.

For more information, check out my Better Know a King interview with DM21's BicycleWalrus Here or the Town Crier’s Morbis Here.

What Makes Us Unique?

There is a lot of decisions that need to wait for further information from Soulbound Studios to fully create a functional financial plan, but I will outline what we have and what we plan on doing here.

All questions concerning financial structure can directed towards our Minister of Coin, Muniin.

This is another one that will heavily depend on game mechanics regarding laws and the extent that a government can enforce them.

All questions concerning Law can be directed towards our Minister of Law, Duke Nazrab Adoni.

Below is a summary of the areas the Law and Order department will oversee.

All questions concerning matter of defense can be directed to our Minister of War, Duke Doux Sicarioos

All questions concerning Research and Development can be directed towards our Minister of Knowledge, Kenrik Mazo

Tyto Academy will be the main Research, Development and Learning center of the Kingdom of Kairos. Looking to research every single aspect of Elyrian life, and is always striving towards not just tomorrow, but next year and the years to come.

Though not mandatory, we would like to give the opportunity for all our Nobles to link into our network within their Duchy that freely trades research within the network.

All questions concerning our political structures can be directed toward our Minister of Politics, Duchess Ilaria Valerius.

Miscellaneous requirements from the gentry

Views on other Kingdoms

The Royal Duchy will be drive to be the center of all economic activity in not only Kairos but Elyria. Many groups including the EIT, Bank, Mazo Architectural Developments of Elyria, Grand Forge, and Seed for Seed, among others will have their headquarters or main branch here. If its a good or resource and you need it, you better believe you can find it here.

The Duchy of Ashira will have a varying range of opportunities the goal of the duchy is to have a focus on agriculture and trade. When exposition occurs I will be looking for a duchy that has a varying range of biomes that can excel at growing different crops along with the space in order to do so.

The Duchy of Calador is a tinkering based Duchy with a focus on setting the bar for all technological innovations in the land. While we will primarily be trade duchy, we will also have need to all types of professions and will outfit our baronies, guards, soldiers, and travelers with the latest and greatest in military technology. Calador intends to be located near main waterways and/or the ocean for ease of establishing trade routes and adventure.

The ones who make the Kingdom of Kairos possible and viable in the long term are the ones who reside in Thracia. It's a military based duchy however a military requires a strong surrounding support structure of farmers and skilled craftsman. Plans are to be in the mountains or another strategic location within Kairos and govern with the idea that less is more.

The Duchy of Cremoria is focused on military, combat, and defensive technologies. Their premier guild is The Bulwark Corps a masonry guild whose goal is to build the greatest walls and other defensive tech. While not all who join Cremoria are combatants, all are expected to help and contribute to the Cremorian offensive via goods, tech and research. Their two main criteria for domain selection is being a border duchy, and having easy access to a coast for ship building, as they are throwing their hat into the ring for sea exploration.

Nareveth is home to the Kingdom of Kairos's best and brightest. We focus on research, academia, and technological innovation, as well as preparing the future generations for trade specific skills. We are very much a casual group who wants to have fun, and enjoy all that Elyria has to offer.

The Duchy of Maritimus is a maritime focused Duchy, with goals to be one of, if not THE first, to research various sea-related technologies and sail the ocean. We'll primarily be a trade duchy, bringing in merchants and travelers from all over via our port cities. However, there will be no short supply of research and militant needs, especially sailors to help guard our coastlines.

Andor aims to be an advanced Duchy in Kairos headed by Duke Rand Al’Thor, specializing in the pursuit of technology, achieved by early investment along with subsidizing tinkering and Alchemical endeavors. The initial goal of Andor’s research is to advance navigation technologies which will prove useful on land, at sea, and for traders and soldiers alike. While the goals and groups associated with Duke Rand Al’Thor’s plans for Andor are relatively firm, the form they take are flexible rather than rigid, much like the Duchy itself. Overall, one can expect a life of stability with the knowledge that their leader pays attention to logistics and obtainable goals, and places great value on cooperation within and beyond the territory of Andor.

The Duchy of Prismatia is well known for its technological advancements through research and tinkering. Through their two mottos; "Insight, Advancement, Creativity" and "Individually a Drop, Together an Ocean," the Duchy promotes teamwork amongst the community. Prismatia is looking for those crafters, engineers, and researchers who aspire to go above and behind in their chosen profession, but also live to have fun in the game.

The Kingdom of Kairos and the ruling Richfort family can trace their roots back for generations. Beginning in the year 582 with a simple trader named Silas, and stretching all the way to the present day economic powerhouse under the rule of King Thared, the story of Kairos has always been one of heroism, prosperity, and a drive to stand up for what was right.

These traits came to the fore during the Richfort rebellion against the King of Arthos around the year 711. King Croesus Delafonte was once a good man, but age, dementia and possibly disease had ravaged his mind until he could no longer tell friend from foe. In a fit of paranoia, the King had called his banners to strike down Mardrem Richfort - a man who had always been a staunch supporter of the throne, and had recently rid the Kingdom of the corrupt Duke Ashford. The resulting rebellion saw a handful of dukes rally to support the Richforts, while others remained loyal to their King. A full recounting of the twists and turns throughout the war would be far too long to tell here, but suffice it to say that the Richforts were able to use guile, diplomacy and a healthy amount of coin to offset their military disadvantages, and that by the summer of the year 718 the Kingdom of Arthos became the Kingdom of Kairos.

Kairos today is a thriving, bustling trade Kingdom, where people of all walks of life can have their own chance at peace and prosperity. But would-be aggressors should be wary, and heed well the Kingdom’s motto - “Prosperity in Peace, Fire in War”.

Our lore can be found here - Richfort Chronicles. We have put the writing on hold and plan to rewrite once specific tribe/biome is known.

Check out our roleplay section on our discord, that includes the wins at PAX West in Salix County.

Kairos selected to play as Salix during the Conquest of Elyria event SBS held during PAX West 2017. Our leadership team helped organize the domain and we were able to help Salix earn the full set of Conquest jewelry by winning Days 2, 3, & 4. We may have been slightly out resourced by Velsheland; but our tactics secured the win the last three days of the event. Congrats to all involved! Day 2 - Bracelet, Day 3 - Necklace, Day 4 - Ring.

Should you have any more questions please feel free to contact any of the members of the council in their specific fields.

Or simply join our Kingdom Discord

I totally seen this coming. All hail the Richfort- Rothschild's :) About your spy policy as a Baron of Vornair. Lets say one of my mercs goes rogue and heads to Kairos. How will you respond? Do you attack Vornair? Do you attack me? Do you ask what a soldier of Vornair was doing in your territory? Do you try to uncover his intentions and comings yourself?

So FlamezZ, we would naturally never begin aggression towards a Kingdom or in fact anyone without attempting diplomatic discussion.

Seems like a very organized NA Kingdom. Hope you guys make it far!

Good to hear. Welcome to the Kingdoms.

Epicurean's Delight, housed in the lands of The Collective, offers it's trading service of exotic goods and creatures to better keep economic relations between the two kingdoms on a positive note.

Proprietor of Epicurean's Delight, Merchant of the Kingdom of Blackheart, Home of The Collective.

Thank you very much!

We'd be happy to speak with you further on this. Hop in our discord and ask for me or one the small council. 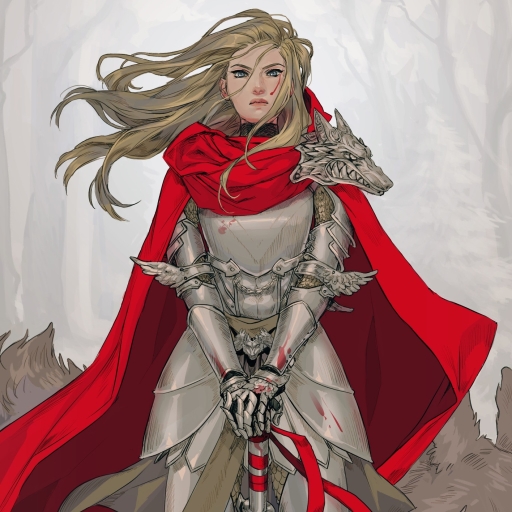 As some of you know and a lot of you will find out our community is very inviting. Feel free to come in and talk to any of us. Any on the council is more than willing to answer your questions to the best of our ability. Whether you are looking to join or merely passing by we look forward to seeing you all in the Kingdom of Kairos.

Leyankoun County and House Ankoun throw their support behind the kingdom of Kairos and House Richfort.