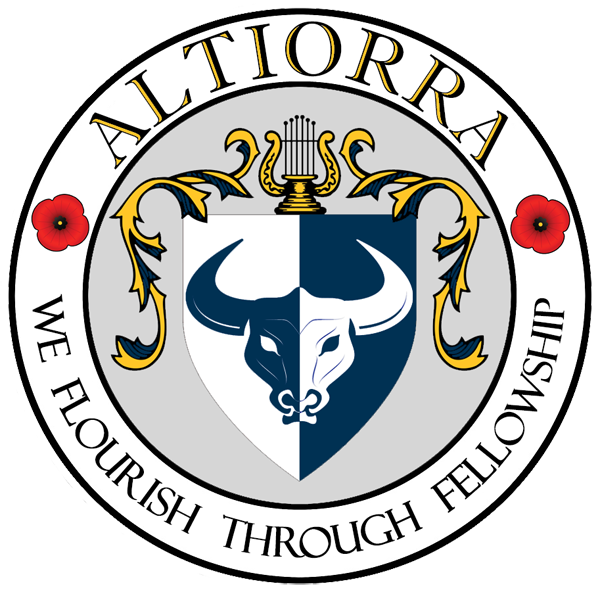 The town of Altiorra is settled within the Kingdom of Ashland, in the grand principality of Ardolenor (NA-W), in the royal county of Anumanor, in a location near the capital seat of the noble Grand Prince Artorien.

The town of Altiorra started like many hamlets and villages in Elyria. A group of farmers and ranchers banded together in a fertile location and found safety in numbers. Among the group was an ancestor from the Teland line, Gio Teland. Due to his sense of fair play and strong work ethic, the small community asked Gio to run the day-to-day accounting for their local farmer and ranchers’ guild.

When the town grew to such a size that more infrastructure was needed, the townsfolk voted to incorporate and name their growing community “Altiorra,” which means “a land destined for a higher purpose.” Gio Teland had done an excellent job saving and investing the group’s funds and they were able to afford several public buildings, a road system, and even hire a couple of full-time guards to help secure the safety of the village residents. As word spread of this community, others joined to make it the vibrant town it is today.

The Teland family, through several generations, has continued its tradition of hard work and fairness in both business and legal matters. House Teland continues to govern the area. The current mayor of Altiorra is Loro Teland.

The overall vision of Altiorra is to encourage crafters of all kinds, commerce, and innovation. Realizing that not everyone will have the financial ability to purchase buildings and crafting stations, several core crafting stations will be made available to the community. Situated directly on a major trade route, a market square will also be established to further aid folks in their entrepreneurial ventures. People of all tribes, disciplines, religions, and abilities will be welcome in Altiorra. Farmers and ranchers will always find a home in Altiorra, as they are an honored part of our heritage and a major contributor to the health of citizens and the economy in general. The current mayor of Altiorra, Loro Teland, being a scribe, scholar, and legal professional, also hopes to encourage others with bardic talents to make their home in the town. Talented traveling musicians may even find themselves invited to the mayoral estate for short-term stays.

While the mayor will be roleplaying with those who wish to roleplay, it is not a requirement for settling in the town.

Altiorra will be located within the county seat of The Grand Prince of Ardolenor. As His Highness hopes to settle on a Mediterranean-like coast, it is our desire to find a suitable location just inland from the capital city, Anumynost, in order to help pave a strong and symbiotic trade route not only with the capital, but with adjacent towns as well. Town leaders envision a future where the strongest Altiorran timbers are shipped to be used for the royal naval fleet, where travelers take respite in our taverns and inns as they make their way to coast to pay their respects to our liege, and where our market square is praised throughout the land due to the diversity and quality of our wares.

Early on, the Teland family recognized the benefits of education and wishes to make basic schooling available to all in the region. The establishment of an academy of higher learning would be welcomed if someone desired to begin one in our fair city.

The leadership of Altiorra recognizes an individual's right to their own belief system. Religious tolerance is expected of Altiorrans - as long as those beliefs do not promote the harming of others or pose a danger to the community.

Inasmuch as is possible in uncertain times, town guards will help to ensure the safety of residents. We will also welcome and house a small military garrison, if His Grace wishes, to aid in the loyal defense of our county, duchy, and kingdom. In keeping with the Grand Prince’s noble decree, as well as the town founders’ own ideals, Altiorran citizens will be encouraged to keep their chosen weapons at the ready in defense of themselves and their neighbors. To this end, a martial training salle near the guard barracks will be open to all.

Altiorra’s local government consists of the Mayor and a town council. Councilors will help to ensure the smooth running of the town and hear and resolve any grievances from town residents. It is the desire of Mayor Teland that the council be a fair mix of men and women from many walks of life and industries. Town business will be discussed and voted on by the council with the mayor in attendance and casting a vote in the case of a tie – or a veto if in the best interests of the community.

Other government posts within the town will be filled as needed. It is anticipated that there will be a Captain of the Guard and several Wardens to look after Altiorra’s economic and ecological interests; forests, wildlife, elements (minerals, ores, gems), etc.

Due to House Teland's other enterprises, Mayor Teland will likely not require or take a government salary. Any taxes gathered from Altiorra’s citizens will be earmarked for the kingdom - by law - as well as be used for the upkeep and upgrading of town buildings, streets, and the salaries of the town guard.

An important town goal will be to provide open crafting equipment for all to use (much will depend on financial resources available on the town’s opening, and coin gathered through reasonable and fair taxation). A town library and other gathering places to improve quality of life and the education of its citizens are also planned.

The laws of Ashland will be upheld in Altiorra, as will the decrees of Grand Prince Artorien.

It is through the hard work and effort of the common man that the foundations of Ardolenor are built. Therefore, all Ardolenian citizens are afforded basic rights to ensure their lives are productive and protected.

I. Right to Compensation
Citizens of Altiorra employed to, or otherwise performing labor for, an individual, company, guild, or organization, shall be equitably compensated for their labors.
Equitable pay is "fair" pay, an amount of goods, resources, or coinage that is of reasonable use to the employee and secures their livelihoods. At minimum, employees must be paid at a value which secures food and shelter for themselves.

II. Right to Property Citizens of Altiorra are permitted to own, rent, sell, lease, and gift land to other Altiorran citizens and relatives. Private land in Altiorra may only be seized if deemed an imperative and absolute necessity to the welfare of all Ardolenians as determined solely by the Grand Prince. Altiorran citizens can rest assured that their lawful enterprises will not be interfered with by the Mayor or the council via unscrupulous land grabs. Land owners whose properties are seized shall have their lands replaced with nearby land of equal or greater value, as well as provided compensation to fund the replacement of any structures or work performed on the original property.

III. Right to Life Citizens of Ardolenor may pay debts and taxes with labor, properties, resources, products, produce, or coinage, but not so harshly so as to lead to destitution or starvation.

Citizens of Ardolenor serving in its military shall not be abandoned, and if slain in service to Ardolenor their families shall receive compensation.

Thank you for your time and interest in our humble town! If you wish to know more or join our enterprise, drop by our town Discord !

Using my friend code, D6DDC7, costs you nothing but will provide a $5 store credit to me. I'd appreciate if you'd consider copy/pasting my code when registering. I promise that any credits received via the code will be earmarked for town improvements! This could mean building upgrades during exposition, or things like a seed bank that I can share with those wanting to farm.

Altiorra Needs You! Citizens from nearly all walks of life are welcomed here - even a few of you deviant-types! As the town has a confirmed location, I can share the top professions already established. If you are looking into any of these professions, Altiorra would be a perfect town, as you can insert yourself into a family and acquire that knowledge, or maybe even the family business!

As mentioned above, we want people of all disciplines. This is by no means a comprehensive list, but this will give you an idea of the diversity we desire.

Here are a few of the town government roles we'll be looking to fill:

With the possible exception of town guard, all positions should be able to carry on various other private pursuits and interests. They would only perform governmental tasks as required. 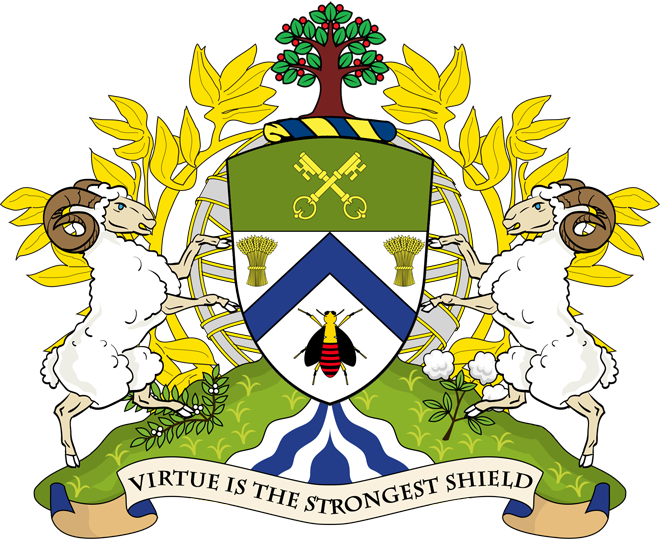 Coming soon: The Teland family farm will be looking for a few hired hands. Learn how to grow field crops, orchards, take care of livestock, or keep a hive of Cardinal bees!

We plan on housing several families and having several crafting stations on site as well (likely a smithy, tailor's hut, apple press/distillery, or ?). It may be a good opportunity to live rent-free and save up coin for your own dreams whilst gaining valuable skills.

Feel free to inquire at the Altiorra Discord channel!

Great post! I have a feeling that the Town of Altiorra will attract quite the following. ^^

You're too kind. Thank you! 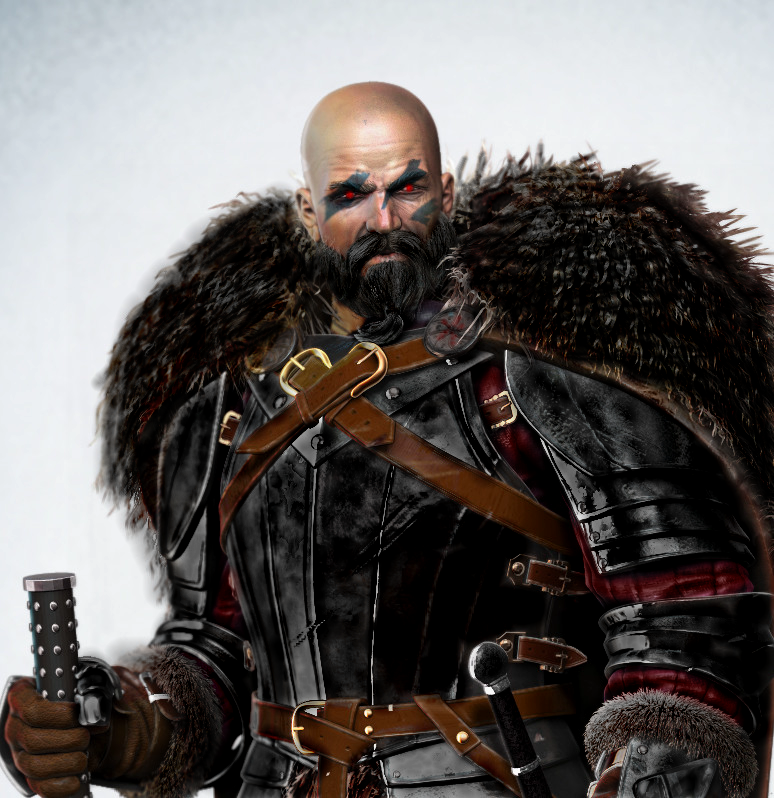 Welcome to Ashland! I am sure House Teland will do great things. Well done! I like the concept :) If Ashland and Valycia settle up in or near Brudvir territory, we could end up as trade partners. Otherwise, we'll cheer on your progress from afar. Best of luck!

The Brudvir Countess Mysi Karuna, of Wainswey County is devoted to woodworking and trading in Elyria. Settled in the interior of Ravencrest Duchy in Aranor, NA-W.

I like the concept :) If Ashland and Valycia settle up in or near Brudvir territory, we could end up as trade partners. Otherwise, we'll cheer on your progress from afar. Best of luck!

Thank you for your well-wishes! It'd be great to establish a trade network. Best of luck with your endeavors as well. :)