Another month has passed, and we're that much closer to getting our Alpha 1 backers into VoxElyria.

Let's take a look back at the exciting month of March, meet a mod, an organization, and bask in the wonderful fan media our community produces.

Starting in March, we launched Surname reservations. Since then, thousands of Chronicles of Elyria players have reserved their name of choice and started along the path of building a dynasty.

Surname reservations continue and last through Exposition. Who knows what interesting submissions we'll see as more and more players pick the names of their families.

Our layaway program ends on April 30, 2018 at midnight Pacific Time. Make sure you are able to take advantage of your locked-in prices before they go away for good! Pledge package prices will increase later this year so your layaway is the last chance to take advantage of this price! In addition, Surname Reservation and other upcoming features require you to have a paid-off package. Any left over layaways remaining after April 30 will be converted into store credit.

A Communication DJ from Vye, Crafting DJ from Snipehunter, and Map generation DJ by Caspian, a triple play! When will they drop, which will come first? Stay tuned to our social channels and website next week and perhaps you'll learn more!!

The Renewal Festival has ended and we hope you all enjoyed the new lore released; the Cardinal Miracle of the Second Age as well as the limited time store items such as the adorable Foxcelot and the Cardinal Beekeeper Kit.

As far as the most popular items? The Foxcelot outsold everything else, but the Cardinal Beekeeper's Kit was a close 2nd!

The Tribemoji contest has been going strong now for almost 2 weeks, and we've had quite a few submissions so far! We're really excited to let the community vote on all of the really interesting entries and find us permanent ones to upload to the official CoE Discord.

So far, we've had a total of 29 entries for all of the 8 allowed launch tribes. For more details about this awesome contest, and what you could win, read the announcement thread here!

Keep those entries coming, there's still over a week left to submit your masterpiece(s)!

Earlier this month we showed off the new Character creator that we finished in Release 0.2.0 If you want to watch the replay, click this link

Here's a close-up of one of my favorite tribes, the Mydarri. 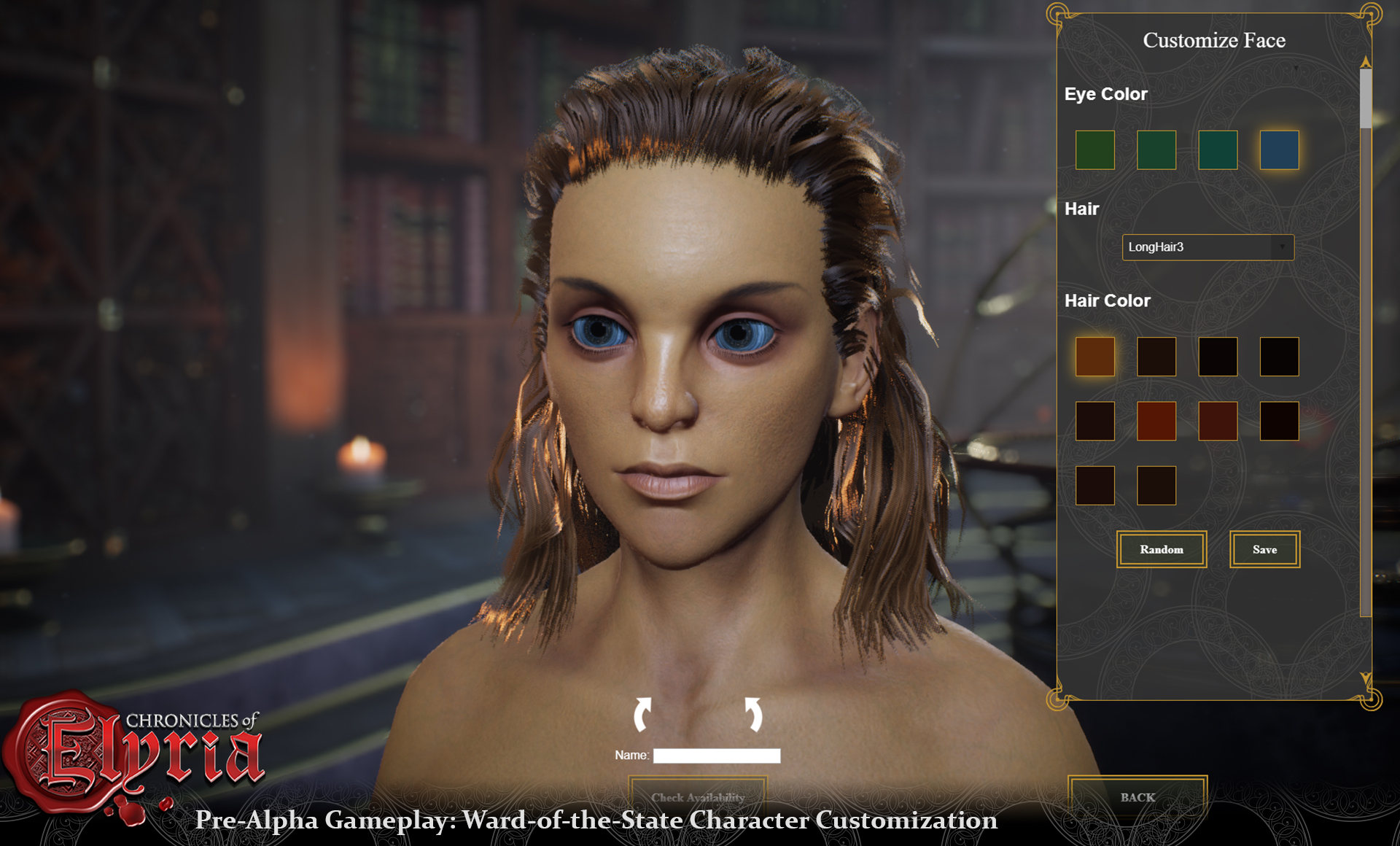 (Please be aware that this image is still a WIP and does not include final treatment).

They have both been around the community for a while, and as a result have a lot of knowledge about CoE. Plus, they are darn fine people and fun to interact with. As previously announced, give a warm welcome to Esoba and Captain Seli for joining the official Chronicles of Elyria moderator team!

Additionally, earlier in the month we elevated the ever-considerate Polite to Super Moderator!

This month, we meet Kyxsune (or Zenko on Discord), a mod for almost a year, and a community member for even longer.

Let's ask him some questions! 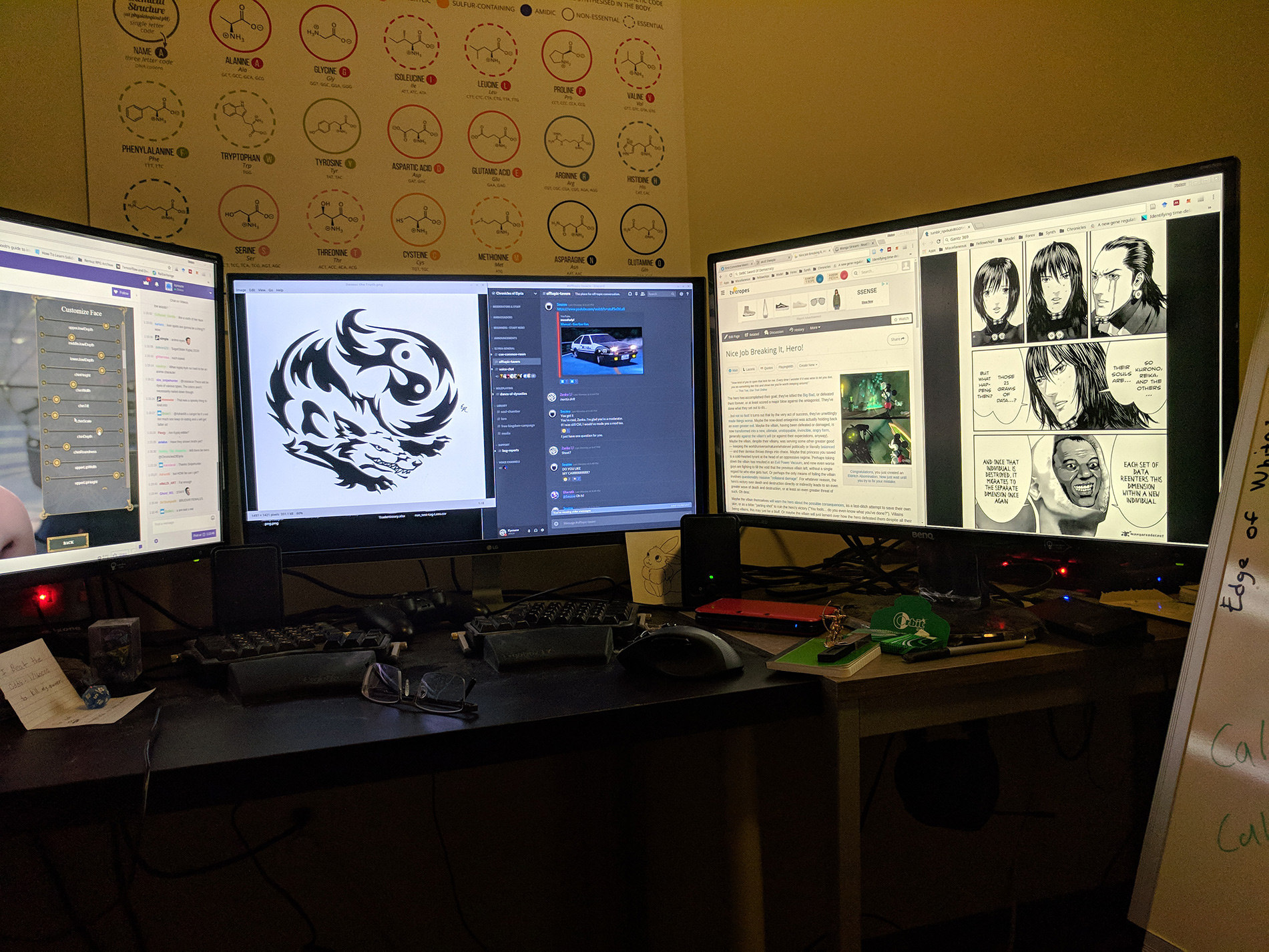 (Kyxsune's desktop, see if you can find his easter egg(s)!)

Q1: You’ve been in the CoE community for quite some time, tell us how you came across this game we all love?
A1: "I remember the first came across CoE during the Kickstarter, and like many I was skeptical. I took a pass at that time, but I made a mental note to follow their progress. Four design journals later, and I became a believer."

Q2: Have you been a gamer all your life?
A2: "As long as I can remember, though I still haven’t beaten the very first game I purchased myself: Pikmin. That level of time management, planning , and risk assessment was not suitable for a kid….or an early teen...or adult me."

Q3: Pick one: iOS or Android and why?
A3: "Android, I think there is a region in my brain dedicated to google that screams “google it” whenever there's a question and converts all my thoughts into search terms."

Q4: Pop rocks or Twizzlers?
A4: "Neither, seriously that's the Halloween candy you trade away for skittles. Two tiers above candy corn."

Q5: What do you like about being a CoE moderator?
A5: "I like getting to interact with so many people through discord and the forums, and having to seriously consider dissenting opinions, their motivation, and logic, instead of just dismissing them. It's been an eye opening experience."

Q6: Dislike?
A6: "I really dislike when a debate or discussion turns into a mud slinging match. Oh, and discussions about cannibalism."

Q7: Sports of Theater?
A7: "Definitely sporting events, mostly esports though. I tend to avoid plays, as they have a formal air around them, but oddly enjoy the laid back movie. Esports (mostly LoL) are exciting to watch, due to nostalgia from when I played a lot of them."

Q8: You have 2 different handles, one for the forums and one for Discord, is there any reason for that?
A8: "Zenko is my surname for CoE, while Kyxsune is more like a general tag. There’s an obvious theme between them, and all the tags I use. As to why they are they separate, it's mostly a separation of character."

Q9: What upcoming event in CoE are you most excited about?
A9: "Map selection. Its a large step towards playing CoE and a large part of realizing players ambitions. Even the geography of Elyria is influenced by the players of Elyria, and that is something special. Also me: I am excited for the conflicting priorities in landscape directing player’s votes."

Q10: What would you like to say to the entire CoE community right now?
A10: "The best laid schemes of mice and men go often askew, and leave us nothing but grief and pain, for promised joy!”

Thanks for taking time out to let us get to know you a little better! See you around :wave:

Each month we spotlight an organization from our community. Sometimes it will be a kingdom, other times a guild or association. We have many creative members who are building amazing groups in Elyria, and this is one way we can make sure you know about them. 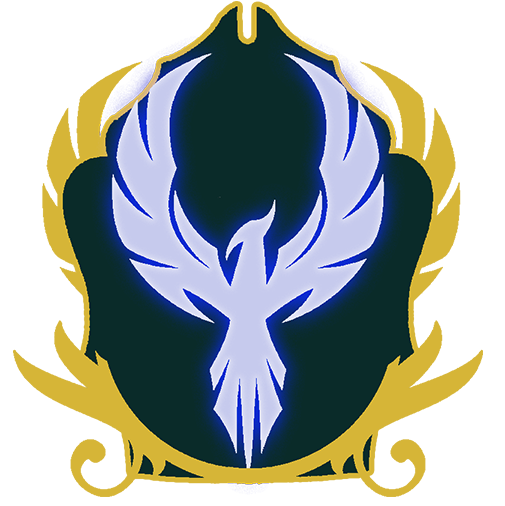 This month Queen Katlynna shares with us some details about their Kingdom:

Official name of Kingdom: Tylsia
Server: Oceania (Oceanus)
Leader: Queen Katlynna "Kat" Oakheart
Kingdom colors: "Tylsian Green", Gold, and White
Crest: "The Kingdom crest is that of a rising White Phoenix, chosen due to the bold imagery that can be created and with ties to established ‘canon’ lore written within the Kingdom. It represents the Kingdom rising from the fires of a civil war, the Nobility pulled together under a new young Monarch to rebuild from the ashes. The Phoenix also symbolizes the eternal life of the Monarchy, and the perpetual spirit of the Oakheart lineage passing down through the line of succession."
Goals of the Kingdom: "We are a Kingdom that has always stated that we wish for three things in essence: Peace, Prosperity, and Protection. Naturally the three all tie together - by maintaining friendly relations with other Kingdoms we allow prosperity to flow. The bounties of this prosperity then flow back into ensuring that the Kingdom can protect itself should relations sour and the drums of war begin to beat."
Fun fact: "Ironically, given the name of our Monarch, we have a propensity to share pictures of cats."
Link to recruitment thread
Kingdom Discord

We get so many submissions, it is hard to show you all of them, but here's a sampling. If your submission wasn't featured this month, we may still use it in the future!

Lady Tzayelle shared this fan art of a To'resk female, made most in ball point pen! She says "I was just doodling and trying to figure out how To'resk women might look, and out popped this sketch--sketch #3!" 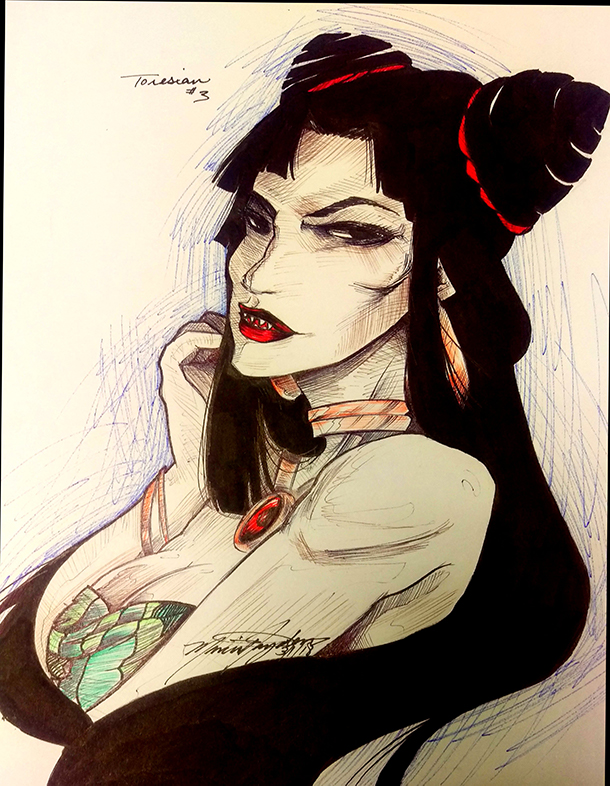 Sent to us by Namykos, this custom Coat of Arms of their County named Murmex, "strongly takes inspiration of the Myrmidons (Homer's Iliad), the Teutonic Order and Prussia".

Credit for the design: namy design 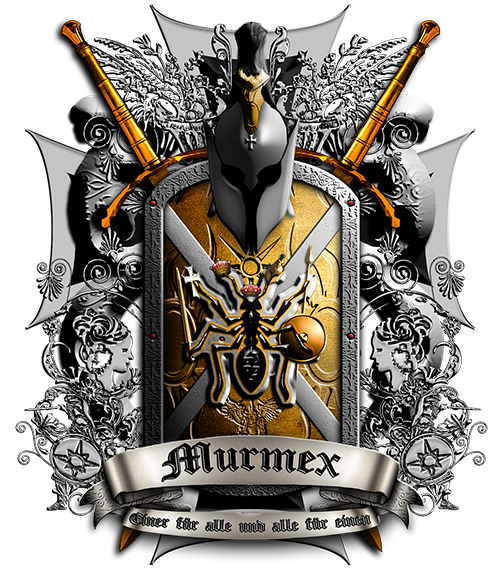 Chimaera Corbeau (or Eyes of Cimeies on Discord) sent us their "Awaiting Dusk" fan art, dark but dreamy! 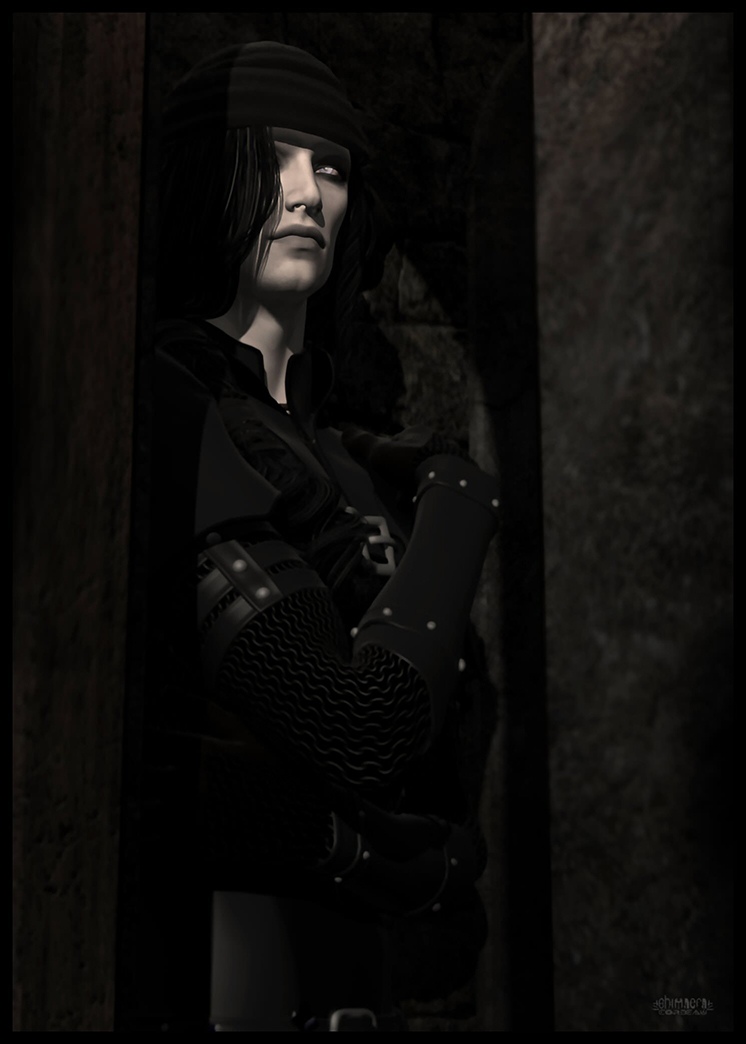 To find other art by them, look for them on Facebook under My World Digital.

Our friendly artist, storyteller and community Ambassador Bombastus has shared with us a three page graphic tale about death, rebirth, and soulmates. See it here.

Starting next month, we'll be sharing more information about a new community volunteer role, the Subject Matter Expert. Now that our design team are rapidly growing and expanding our skill systems, the more knowledge and research they will need on various subjects. With many experts right under our noses in our community, this program aims to allow you to share your expertise with the studio, ensuring our game is as realistic and immersive as possible. Stay tuned!

Coming soon we'll have Map generation and voting, the Grand Faire of Elyria, Personas, and so much more!

There has never been a better time to be an Elyrian! And with that, this edition of our Community Journal comes to an end, but as always.... 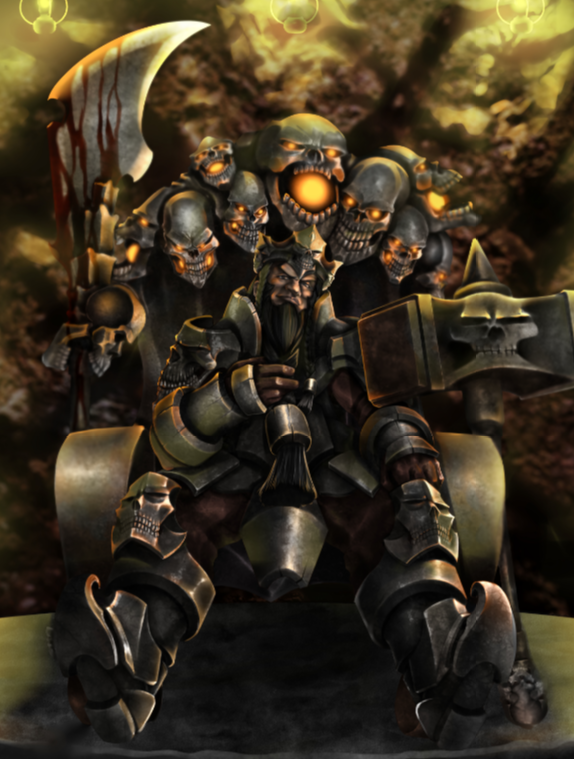 Wow that's amazing artwork, and backlore... I'm so excited to be a part of a game that's so passionate.

Excellent Communuty Journal :) I love the Mydarri, their eyes are so awesome! In regards to Zenko, I totally agree that the cannibalism is so over done in the discord heh! I look forward to the next one.

Well now, I'm even more excited for next week after reading this. This subject matter expert is very intriguing. 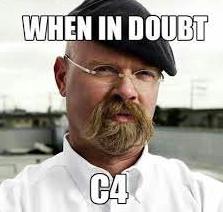 Everyone is some kind of expert. You might get more than you bargained for there! ;-)

Everyone is some kind of expert. You might get more than you bargained for there! ;-)

True, but that is why we'll be specifying what areas of expertise we're interested in.

After all, I doubt a rocket scientist, regardless of how educated and renown, could help us much in our endeavors :P

Things are really ramping up! Thanks for the update!

I look forward to the volunteer program!

I was doing surname selection while watching the character creation video...

I reserved "Redbeard" for my future Hrothi....about ten seconds later Caspian made the comments about how its shameful for Hrothi to have beards.

Awesome on the expert bit. Putting my name as well as Luminios for European armor and combat.

Going to shamelessly plug some of the topics I've posted:

As well as linking to the library of topics Luminios made:

If I don't know a specific material in those categories, I know someone who does. Excellent Communuty Journal :) I love the Mydarri, their eyes are so awesome! In regards to Zenko, I totally agree that the cannibalism is so over done in the discord heh! I look forward to the next one.

Thats my countess' beautiful artwork! I love it ^.^ Shes gorgeous