Welcome to the Conclave!

The Conclave of Aritaur is a well-revered Duchy in the Kingdom of Vornair. People who call this area home warmly refer to it as “The Conclave”.

The Conclave is a Quadruple Duchy located in the Eastern region of the Kingdom of Vornair in the Alpine Forest. Its border runs from the Eastern coast to the interior alpine mountains. The primary tribes within the Conclave of Aritaur are the Hrothi and the Brudvir. 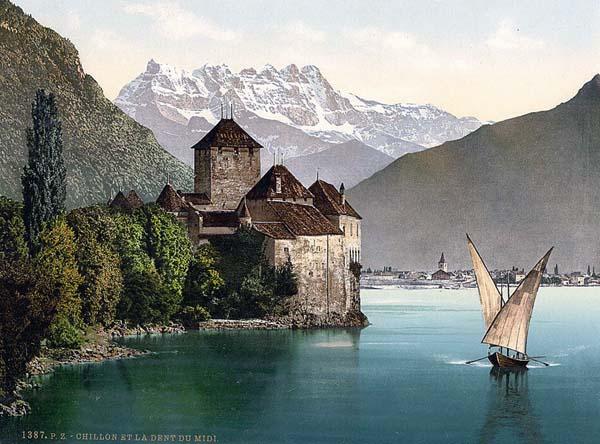 The Conclave of Aritaur will be an economic powerhouse in the Kingdom of Vornair. Our dedicated, meritocratic Duchy leadership and County leadership will work together to create a dominant center of wealth, military power, and culture.

Districts of the Conclave

Our long history is entwined with myth and legend. This unique history and the desire to strive for perfection reinforces our ability to come together and work cooperatively. To reflect this, The Conclave is divided up into distinct districts, each having a unique focus. These districts work together to magnify each other’s potential. The following four regional areas represent unique Conclave Districts, and others will naturally coalesce as Counts work closely together with their neighbours.

The Capital District. Located in the Western interior, this district borders the Kingdom’s Capital, and is the political epicenter of The Conclave. The populous of this district focus on domestic trade to other duchies within the kingdom, as well as political affairs. The Duchess and her counties form the foundation of the Capital, and is supported by multiple Counties with focuses on natural resource gathering and material production, exploration, and specialist defense of the Capital. 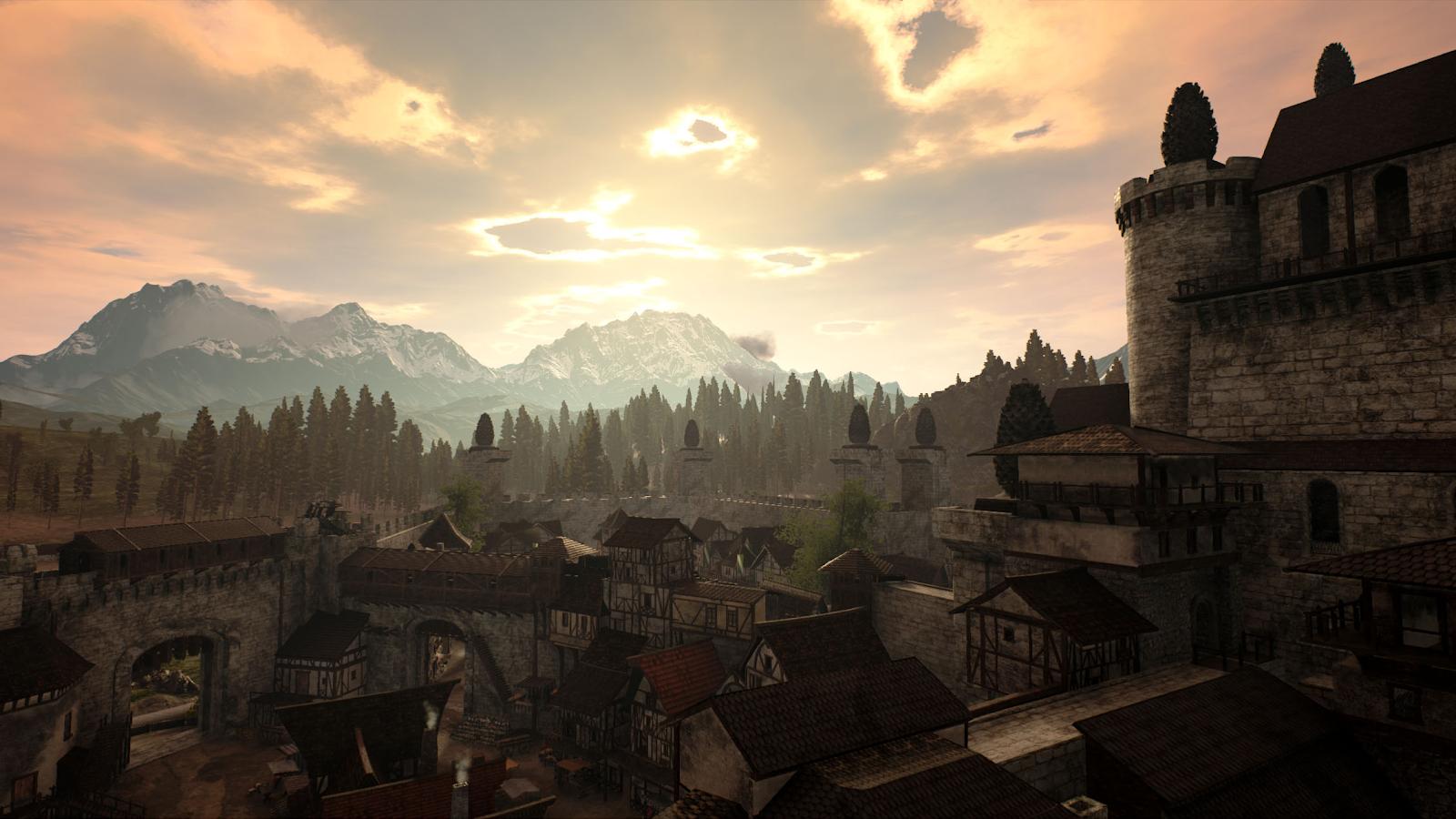 The Mountain District of Dvergheim. Located in the Southwestern whitecap-mountain range, these dwarf-like Hrothi focus heavily on underground infrastructure and border defenses. They are also natural-born miners, making them a strong economic faction supplying many valuable resources, and crafted goods. The Counties of Umaroth, Fuyuki, and Iskar focus on border defense, while Nosgoth and Nèamh a 'tuiteam are heavily focused on resource gathering and crafting.These efforts are amplified even further as the research center of the Conclave, Aetheria, is also located within this district. Devergheim District is unrivaled in all of Elyria for Hrothi mountain culture! 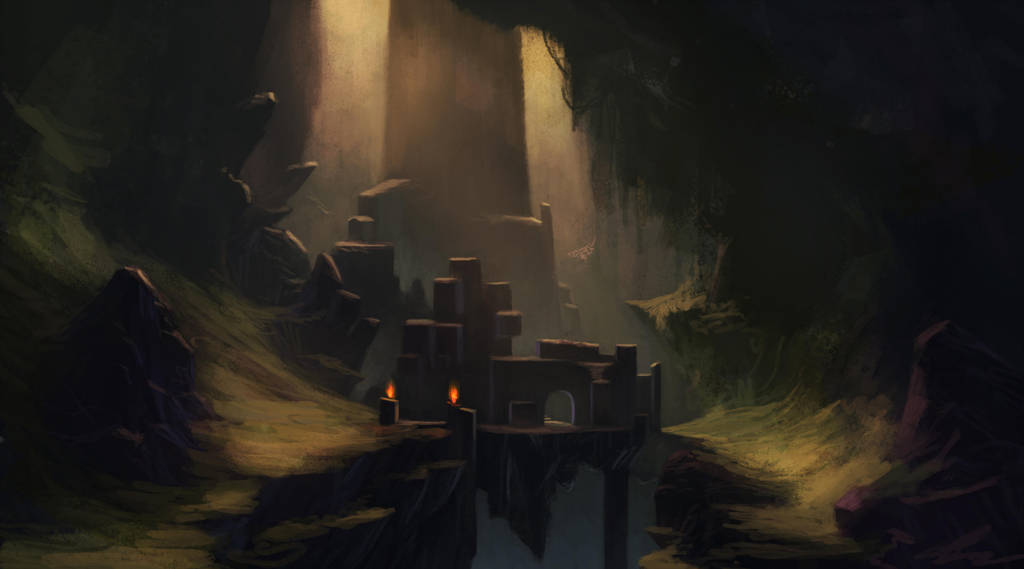 The Coastal District of Obsidian. Located on the Eastern Coastline of the Alpine Forest is the area known as the Obsidian Coast. The people of this region focus on shipbuilding, efficient large- and small-scale trade, ground and naval combat, and coastal resource gathering in a thriving, high-demand international trade environment. They understand that supply chain logistics are the key to a robust military. The highly proficient PvP communities of Lycaon Forest and Kai’Mera, supplemented by the cavalry of Magurba and Simulutunum, forge strong bonds with the vast industrial complexes of Concord and the pristine port of Eastmarch. Together, this district forms a highly organized synergy unique to the rest of Elyria. 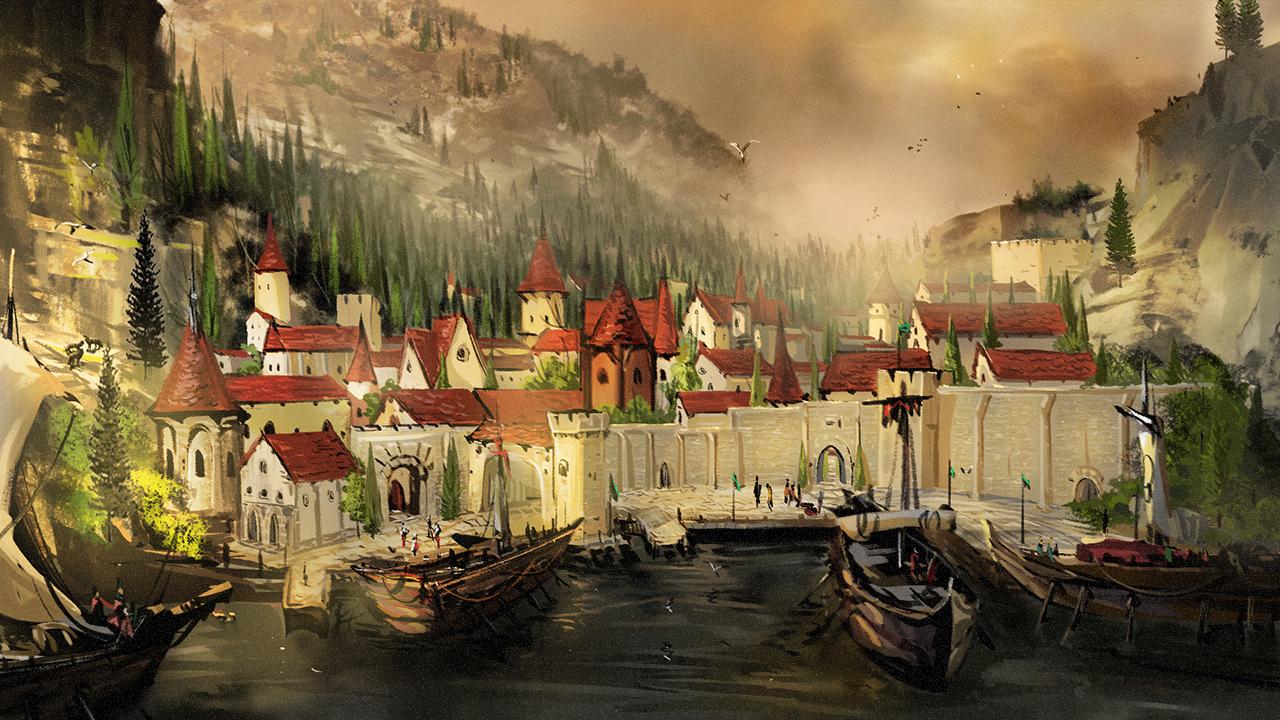 The Central Trade District. Located in the center of the Conclave is a large valley surrounded by mountain peaks spanning the Alpine Forest. This Central District is the keystone that links the other three Districts in economic cohesion. Counties and citizens located in the Central District focus on providing safety and security for resource gathering, trade hubs, and trade routes. 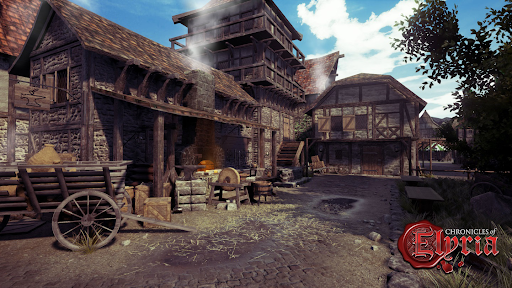 The Conclave believes in keeping taxes at the Duchy level as low as possible, to facilitate more activity at the County and city levels. All Duchy-wide programs are agreed through the CoC, and we prioritize giving as much freedom to our member Counts as possible to support Duchy-wide programs, and for Counts to run them in their Counties in a tailored way that meets their needs. Several programs are being established to further maximize the support provided to guild leaders, traders, and other commercially savvy individuals. One such program is the Economic Council, established to allow private citizens a way to ensure the government is working for them.

The Conclave has grown into an advanced, diverse culture. The following guiding principles have been established by Aritaurians to define the values and culture of its citizens. This wisdom and guidance, passed on from generation to generation, does not serve to direct Aritaurians in WHAT to think or do, but rather, provide the moral guidance for HOW to think or do.

Balance: The Conclave has come together to enjoy and respect both the differences and uniqueness of its citizens as well as its similarities, realizing that diversity brings strength. Coming from all walks of life we respect how our people balance their time and focus.

Responsibility: Aritaurians realize that every action has a consequence that must be observed and one must be prepared to compensate for one’s actions, if required.

Truth: This unbiased state is a foundation for the very driving force of scholars, philosophers, sages and academics. Both seeking it and embracing it are culturally the norm for Aritaurians.

Dedication: Citizens value devotion and faith in The Conclave as a community. They also encourage self-discipline and the ability to focus on one's life goals and objectives.

Prosperity: Making an honest living is expected of all, and for all to contribute to the prosperity of The Conclave. Service to one’s community is respected and encouraged over serving one’s own interest.

Hundreds of years ago in lands where the mountains met the northern forests, two peoples settled and established societies that were unique in culture but one in direction. Their differences complimented the lifestyles and governances of each; allowing them to lend strengths to each other in areas they would have been less capable alone. The resulting merge of ideologies helped to form a group that became unified under one banner, a territory in the Kingdom of Vornair, lead by the family of Aritaur.

The two dominant tribes that were established were comprised of the mountain dwelling Hrothi and the hardy Brudvir of the forests. What started out as trade agreements, eventually developed into strong defensive pacts. Often during these exchanges, knowledge was traded as readily as any valuable resource. Knowledge wasn’t the only thing exchanged, as the Hrothi and Brudvir people both believed that their history could be chronicled through song and so entwined their past within their music. As stories, and songs traded lips, so too did the lessons and wisdom within them. While the Brudvir often sang of great leaders or battles and challenges, the Hrothi captured heart and passion in their ballads. This resulted in many common songs that all Aritaurians know today.

These people became known throughout the kingdom as intellectuals, scientists, diplomats, philosophers and theologians, respected as judges and as teachers with their neighbors in addition to great hunters and tradesmen. Outside of their external relations, Aritaurians also became fiercely patriotic, rallying resistance to foreign invaders or domestic tyrants when their chosen homeland was attacked.

Eventually these developing relationships attracted other cultures, groups of people, and travelers, and blossomed into a union between these groups. The leadership and shared ideals of the Hrothi and Brudvir grew into a unified meritocratic council, with the family of Arituar at its head. This Conclave formed with a foundation based around a set of values that are inherent to all cultures and peoples under the Arituarian flag. Hello All! Thanks for the questions at our discord. I wanted to give everyone the link to the public Question and Answer session we completed yesterday with the High King and a wonderful audience:

The county of Drakenhall is happy to pledge allegiance to the conclave and the aritaur familly. May our alliance be beneficial to everyone!

Just a note to advise that I have formally received correspondence from Caspian via COE direct message requesting a decision for server, and have chosen NA-East Server, along with the Kingdom of Vornair.

Here is a helpful tip for those who wish to settle in Aritaur... The Duchess loves her Coffee.

Here is a helpful tip for those who wish to settle in Aritaur... The Duchess loves her Coffee.

Truer words have never been spoken

Delighted to be in the Conclave :)

The county of Thornn pledges to the house of Aritaur and the Conclave.

It would appear that our Lady Angelica would want my wandering feet to plant some roots. I shall do that here among "Mann".