Gladal county will have a strong focus on the goals of its citizens and is committed to helping all players of all professions reach their respective potentials to the best of our ability.

The county will be populated by a variety of people with a variety of interests, so instead of dictating a focus, it is better if we try and help our citizens.

Ideally our county will be situated in an area with high mountains and dense forests. This will allow us to have access to ample materials for crafting and professions. In addition to this, it will make our county easy to defend for those who know the terrain.

Finally, having an abundance of these materials will allow for the rapid creation of new settlements by a individuals and their friends or large scale private guilds and organizations.

It is also important for us to make everyone feel safe within county borders, because of that our county will be well protected by local military and hired mercenaries.

As it stands now, because of the order during land selection, our Empire will pick first, so our aim is to have Brudvir, Hrothi and Neran tribes.

What we are looking for

Instead of a huge list of different professions that we want to see, here are the kind of groups and players we want to see, no matter your focus we are happy to welcome you.

If you're a count and like our structure and would like to cooperate, you can speak to us about working and settling together. In order to make the county open and fluid, we will be implementing a representative system. This allows people to state their problems and concerns which will them be discussed and acted upon in our county Capital of Fjellheim.

As hinted at previously, the County of Gladal will actively support groups and organisations who look to set up with us and we are not against the private nature of some groups.

In addition to this we aim to allow groups of every background and profession to settle with us.

We understand that PvP is a large interest to many players and because of this, we will have a large standing county army which will be very active. We are also looking to rely on NPCs and OPCs for most guard duties, allowing soldiers to take part in active missions and have a greater degree of freedom where possible.

Raiding is also an activity of large interest to many players and backers. For this reason, our military will also have a largely self-managed wing which solely deals with raids, meaning that if you still want to have an official military role in our county but pitched battles are not for you, we may have the answer.

Furthermore any citizen is always welcome to join raid groups without being part of official military when such activity will be forming. Confirmed Organisations in our County

The Berserkers - A group for individuals who want to take part in raids, but without the commitment of large amounts of time to a military organisation.

Iron Bulwark - A mercenary knighthood order that protects the weak, fights for the money and adventures for knowledge.

The Asenbergian Lansquenets - An honorable mercenary group with inspiration from the mercenary armies from the 30 years war.

Minerall - A mining organization based in the capital of Fjellheim focused on excavations and the mining of rare materials.

Crimson Adventurers' Guild - A flexible adventuring group for all adventurers, experienced and new.

Dragon’s Tooth Blacksmithing - A guild dedicated to every aspect of blacksmithing.

The Trading Guild of Gladal- A guild dedicated to trade and the synergy between multiple groups.

The Musicians' Guild- The pre-eminent guild for musicians in CoE.

Settlements and Baronies in our county

Fjellheim - The county capital. Will have a focus on blacksmithing and military.

Drifgard - A settlement for rest and farming accepting people of all types.

Sarenscar - A dedicated trading and crafting hub of the county.

Bolgna- A city renowned for archery and hunting.

Eldstædhi- A completely custom city that will be built from the ground up.

Daventria- A city with huge vaults, focusing on PvP and economy.

Bescomb Village- Home of the Musicians' Guild, a welcoming home for all with the best music and taverns.

If you are interested or want to find out more, join us on our discord by clicking here.

No need for revenge. Just sit back and wait. Those who have wronged you will eventually screw up themselves and if you're lucky, you'll get to watch!

^ What that guy said.

Now this is how you make an infomercial, take notes people

You may have erased my signature, but you can't corner the dorner

I am happy to announce we now have baron CheeseMonkey joining our ranks, more information on his barony will follow soon

Another announcement, I am pleased to announce we have mayor Abigor joining us 😁 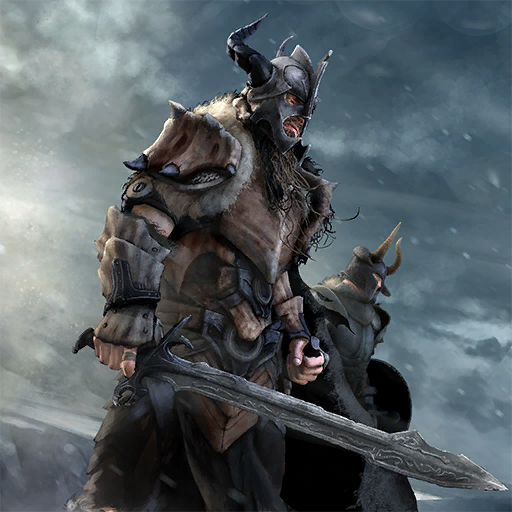 I am Mayor(Baron) Broxus and I would like to join your County as a baron.

We are an Austrian community with just austrian players who would like to join the kingdom of tryggr.

Hello my friend, if you have not joined our discord yet, here is the link https://discord.gg/PgrhY5k

Edit: We are proud to announce that one of our mayors has settled on a name for the settlement, post will follow shortly

Congrats! You've filled out already I guess :) That was fast.

Last I heard, on average a county will have around 3 towns. If you pick one with 4, you're filled :)

Previous notes said a county houses around 400 residents. A town equates to 75+ residents, then you have hamlets etc.

Yeah, but we still don't have numbers for baronies etc yet, not sure if they are separate (:

Jump on the discord then buddy 😁