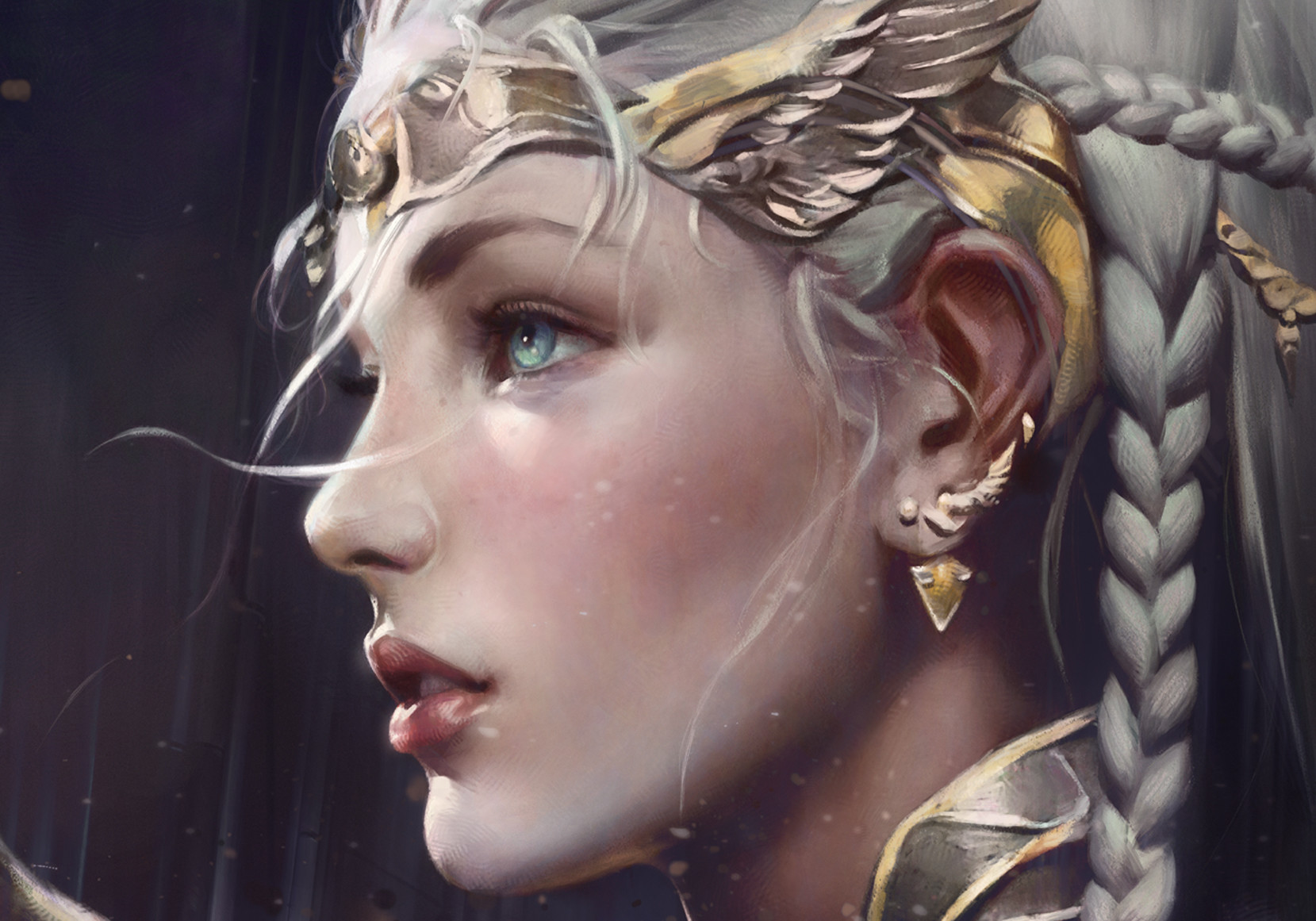 Duchy at a Glance (TL;DR)

Drakeolm is a double Duchy in the Kingdom of Blackheart on the NA-W server. We are structured like a guild and all about community. Featuring a Duchy wide University, multiple large PvP groups alongside an ever growing list of Guilds, Organizations, and gaming groups. We offer the opportunity to start CoE with a Duchy family that prizes loyalty, friendship and being a force of nature. As a Duchy that borders another Kingdom, action won't be far away. We would love for you to check us out, join our discord here.

Drakeolm at its core isn’t just a Duchy; it is an ambitious, organized, and motivated guild lead by an experienced team. We are committed to being a solid home base for our Citizens in CoE by cultivating a culture of activity, engagement and empowerment.

Collaboration and teamwork are at the core of who we are, as is organization, loyalty, and merit. This is reflected in our diversely focused Counties and Settlements; and showcased by our guilds and organizations coming together to form Duchy wide crafting and skill line guilds to maximise the known mechanics of the game. Duchy goals in game will be set with our core ideals in mind- how does it benefit our Citizens, how does it further the Blood of Blackheart?

With multiple large military organizations within Drakeolm and the intention of placing on our Kingdom’s borders, Drakeolm is also the place to be for any looking to engage in warfare as a combatant, commander, or supporting roles.

As you can see, our Citizens are our highest focus. To protect you, train you, support you; new player or veteran, because together we are stronger.

A fundamental part of the Duchy philosophy is being collaborative with one another to find the best ideas and solutions for the Duchy and in turn, the Kingdom. A large part of that is empowering community leaders with positions on the Duchy’s Councils where they can easily voice their opinions and advise the Duke and Duchess. Leadership roles are based on merit, dedication and loyalty; those promoted have committed to lending their expertise by serving as a Council Member.

Within the Duchy, the Warden of Drakeolm is an important and respected role. This position functions as the “hand of the Duke” and will be granted Ducal powers through game mechanics. Possessing sweeping high level access across many militarily and governmentally important areas, the Warden is tasked with both important administrative tasks and provides counsel on a full array of high level political, military, economic, and governmental matters. Effectively, the Warden is the third member of the Ducal team responsible for the management of the Duchy.

The Archons of Drakeolm function as our top experts in COE. They are highly trusted, loyal community members with great experience and ability. They provide sound counsel and handle various administrative tasks, research and community projects. Although individual Archons all have their own focuses and skills, the position isn’t tied to one specific field or skill, it is tied to a specific person encompassing all their abilities, expertise and vast gaming experience.

This all comes from our collaborative community driven approach, solving issues together and with great flexibility. We seek to empower our best and brightest and those who actively work for the betterment of the Duchy and Kingdom will be given the greater ability to help direct our destiny. Members who work hard, are active and loyal WILL be reward. And if you go above and beyond the call of duty, you too may find yourself an Archon of Drakeolm.

Another major aspect to our approach is the formation of Duchy wide guilds to focus our efforts on research and development to make technology progress faster. At present we have guilds for Alchemy, Animals, Architecture, Bardic Arts, Cooking/ Brewing, Farming, Gathering, Mercantile, Mining/ Surveying, Scribing, Smithing, Tailoring, Tinkering/ Jewelry, Woodworking, and a team for our Duchy University. Each overarching guild will be made up of many smaller local branches with their own leadership and approach, with some rule and guidelines.

This plan to combine efforts is spearheaded by the Duchess and Drakeolm University. A place where players can develop skill areas related to their chosen playstyle; whether those pursuits be in the arts, sciences or combat.

The Bloodswords are the dedicated Military and Security force of Drakeolm Duchy. They are tasked with the protection of our Citizens and stand at the ready to both defend us from harm and to put a blade to our enemies when challenged. There are many titled members of the Bloodswords but following along with the Duchy ideals, ranks are placed by merit and ability to lead.

The Red Cloaks are our Garrison, Guard and Patrol units who work closely with The Scourge who are our bounty hunters and Duchy contract enforcers. The Sappers are our Combat Engineers and siege experts.

Our mounted division, The Blood Drakes are assisted by our scouts, The Vanguard. The Blood Wall are our wartime front lines which also includes our Archers. The Mailed Fist of Drakeolm warriors are our elite special forces and undertake unconventional missions supported by The Scarlet Shadows who are our intelligence and assassination forces.

Please see our Bloodswords recruitment post for a much more detailed breakdown of the Duchy’s Standing Military units and ranks.

While every Duchy will have a little of everything to start, Drakeolm strives to actively pursue four principal goals to enhance our play environment.

Drakeolm will be focused on building and maintaining a powerful Duchy military. The Bloodswords are the primary military force of the Duchy and have multiple vassal military groups that will answer the call to arms. Our goal is to keep our military active both in wartime and times of peace. Fighting offensive and defensive military campaigns during wartime, training, battling internal threats such as bandits, rebelling forces, dangerous creatures, as well as participating in martial tournaments and competitions in peacetime.

Through mercantilism, industry, and the scholarly pursuits the Duchy Capital team is focused on making Drakeolm a major center for trade and economic prosperity. This will be accomplished through the previously mentioned infrastructure, an all inclusive University with a series of Duchy wide guilds focused on each of the major professions/ crafts. We will also be using land selection to place our military assets near the action and everything else further back, in safer locations.

The Duchy of Drakeolm is located on the NA-W server in the Kingdom of Blackheart. Currently we are unable to say exactly where we will be located because Domain and Settlement Selection has not happened yet. We can however, say what our intention is.

The NA-W server will have Map I and our preference is to place Drakeolm Duchy in a Kingdom border transition biome on the Northern half of Kingdom 5 to maximize the number of tribe choices for our Citizenry. We feel that this goal provides us a great start for our citizens whether their playstyle is militant, economic or political while also maximizing the possibility of migrating other tribes into our temperate biome during Kingdoms of Elyria.

Who we are seeking

-PvPers, PvEers, Industrialists, Economists, Crafters, Gatherers, Logistics. Each person, each specialty helps us grow and adds value to the Duchy.

-Passionate players that want to make a mark in the world, have some fun, discover how to maximize our world and make some friends in the process.

Loyalty- To us loyalty is something we prize highly; we will not start our relationships with false promises that we don't know if we can keep. What we offer is opportunity and the support system to start your adventure in CoE with a Duchy family that is ready to rock.

Motto: Together we are Strong

Charges: A Red Drake and a Grey Wolf

Roleplay: Optional, the opportunity and chat channels exist, but it is up to you if you wish to participate.

Religion: The Kingdom of Blackheart follows the Two-Fold Queen as members of the Al’tifali in-game religion. You are free to follow any or no Gods, as you wish.

The Undead Lord's legion of PvP elitists, shouldering 25 years of in-game PvP experience, is ecstatic to show our support to the Leaders of Drakeolm Duchy and The Bloodswords. The Leadership skills expressed by Lady Tenslea, the Duchess of Drakeolm, are unquestionable and her organization skills are unmatched by any other Pre-D&SS Elyrian leader in the many Discords of Elyria.

I am very satisfied with my choice of backing Drakeolm Duchy.

A Glorious triumph in the name of Drakeolm!

I love the post! I personally know how committed you are to the game, the Kingdom, and your Duchy. You are a credit to Blackheart and I am honored to call you my Sister of the Blood. Anyone able to call you their Duchess and Liege are fortunate indeed!

I have to agree, I love it!! I would live there if not previously obligated. Wonderful!

Wonderful post, pleasure to be among the Drakes of Blackheart.

I want to point out the strengths of teamwork and community drakeolm espouses is in evidence in this post. This was a team effort, with myself, Duke Fengo, and Duchess Tenslea all writing large chunks, and bits and pieces from several others. We had proof readers, suggestions, art, such as the buttons made by Baron Barri. All this done by community members. But I want to thank Tenslea most of all for demanding only the best, going over it repeatedly until it was perfect. To the best duchy in elyria, cheers! Excellent post! Makes me very proud and honored to be a part of this great and wonderful Duchy!

Gorgeous post. Proud to be an early adopter of Drakeolm. :)

Thank you all for your support and kind words <3

Re-reading this and I have only one question. Wait? When did we become a guild. Then I look at our community and go "Oh yeah"

Guilds in CoE are a little different than the traditional mmo version but its the easiest way to explain how our Duchy community functions to those that are looking for a more familiar format :)

I am so proud to be pledged to leaders with such a strong sense of community. Everyone is incredibly friendly and helpful and always has been. Excellent post I'm excited for the future of the kingdom with strong duchies such as Drakeolm