The team here at Soulbound Studios have been working on a few new pieces of concept art. A few weeks ago, Character Artist Vanimus Prime illustrated how we envision potential commerce to take place near a Kypiq settlement. Today, we reveal Art Director Heat's take on a typical night in an Elyrian tavern.

There are so many different roles in Elyria, and it's an interesting exercise to imagine what happens when characters from all walks of life converge at the same location. From a seemingly innocent card game, to the tavern guards stopping a fight, there are many stories to discover in this concept art.

Whether you're a producer, supplier, explorer, or champion in Chronicles of Elyria, you can find refuge at the end of a day in a local groggery...most of the time. 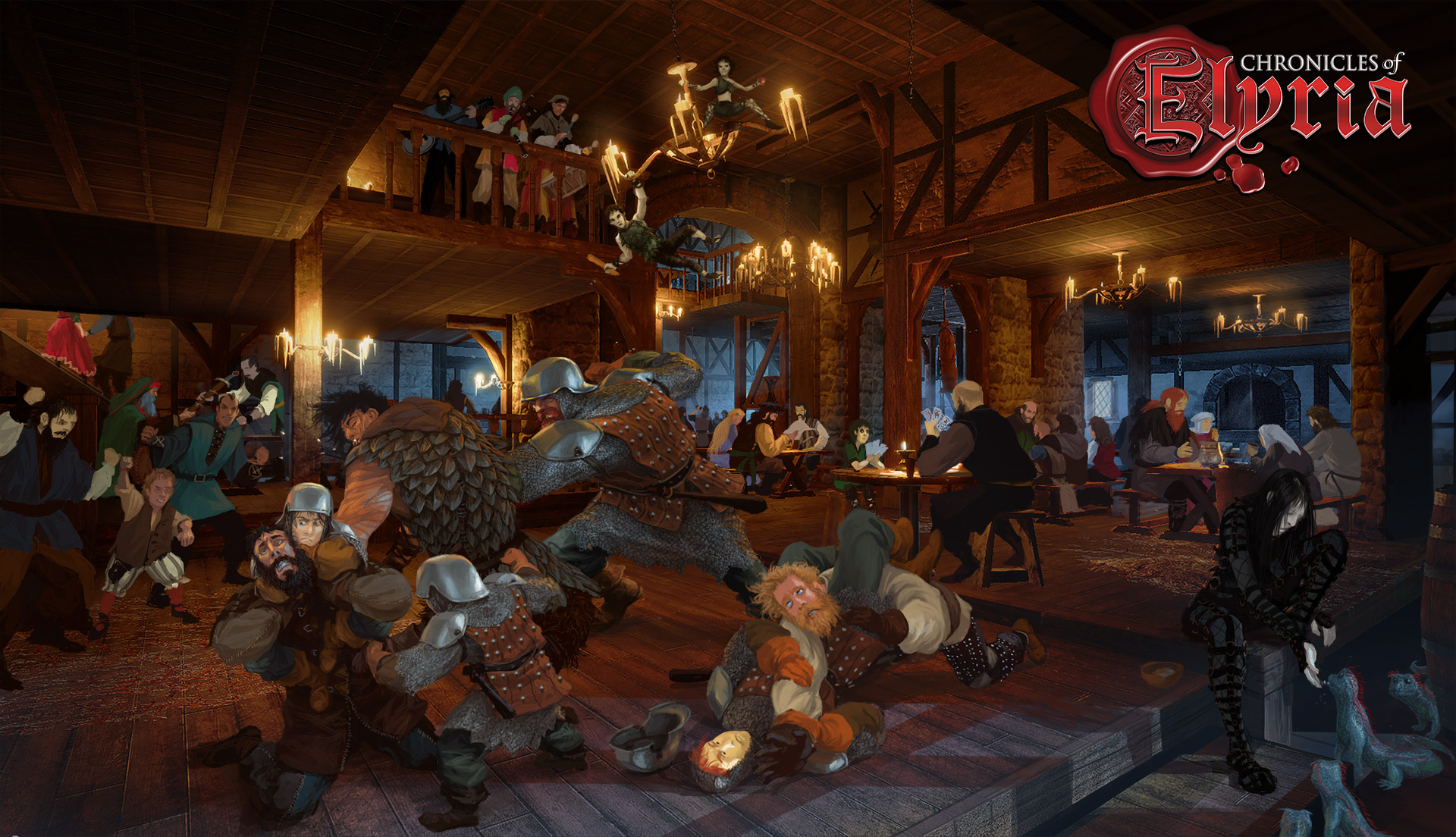 It's said by some that "ale oils the wheels of commerce." Said by some...not all. But, the shrewd know that more business is done over a flagon than a handshake.

awesome bar fight !!! is that guy feeding cats or Otters? Kypiq on the chandelier so funny !!!

I briefly thought the Dras fella was letting that lizard lick his toes..

nice! And those squirrels on the chandelier!

I love the kypiq swinging on the chandelier 😆

That's actually one of my favorite pieces, right now. I love all the little details. The side deals going on, the Kypiq, etc. It definitely captures the right feel of the world and tons of the things you can do in it, I think. :)

I think I see 4 To'resk in the tavern. But two of them have orange hair. I did not think to'resk were capable of being ginger, but if they can have red hair than why did the write up only say shades of black.

Red hair seems common on the To'resk if two to'resk in one tavern alone are ginger.

Great image, I truly do hope that Inns and Taverns will be centers of activities in our Towns.

Way to go Vanimus, giving the people what they want!

By the way, the Dras is feeding Leffits whom are actual pets in the game and have an interesting ability if I remember right.

That Kypiq with the breadstick is my spirit animal.

The Kypiq looks really like GoT's Children of the Forest here...

I'm amused at the couple on the back left going up the stairs casually, clearly sneaking away for the night.