The Capital of Lundr aka “The Grove”

The origins of Lundr as long been shrouded in mystery. Lundr is believed to have been founded by Ty’athalae, the first Arch Druid of Faedin himself. Whilst not much has changed within the capital of Lundr since then, the same cannot be said for its inhabitants.

Rumoured to once have been a religious gathering point for the believers of Faedin and those blessed by Faedin, it has since been forgotten by all those but the Druids of Faedin and its residents.

Lundr is situated within the kingdom of Tryggr, Neran Duchy also known as the Coalition of Orisha and the capital of the County of Orunmila nestled deep within the forest of [Name].

The capital structure is a large grove with various dedicated rings. The innermost circle is a large park and houses the religious structure of all faiths including Faedin at it's center point adjacent to this is the first commercial ring reserved for the crafting professions, behind those is the raw produce and material workshops directly supplying the crafters. Encircled by a large grove of tree you will find the Kypiq residential high above Lundr and below that the housing for the Janoa and Brudvir. Just outside of the grove is the housing district for the other tribes of Mann. 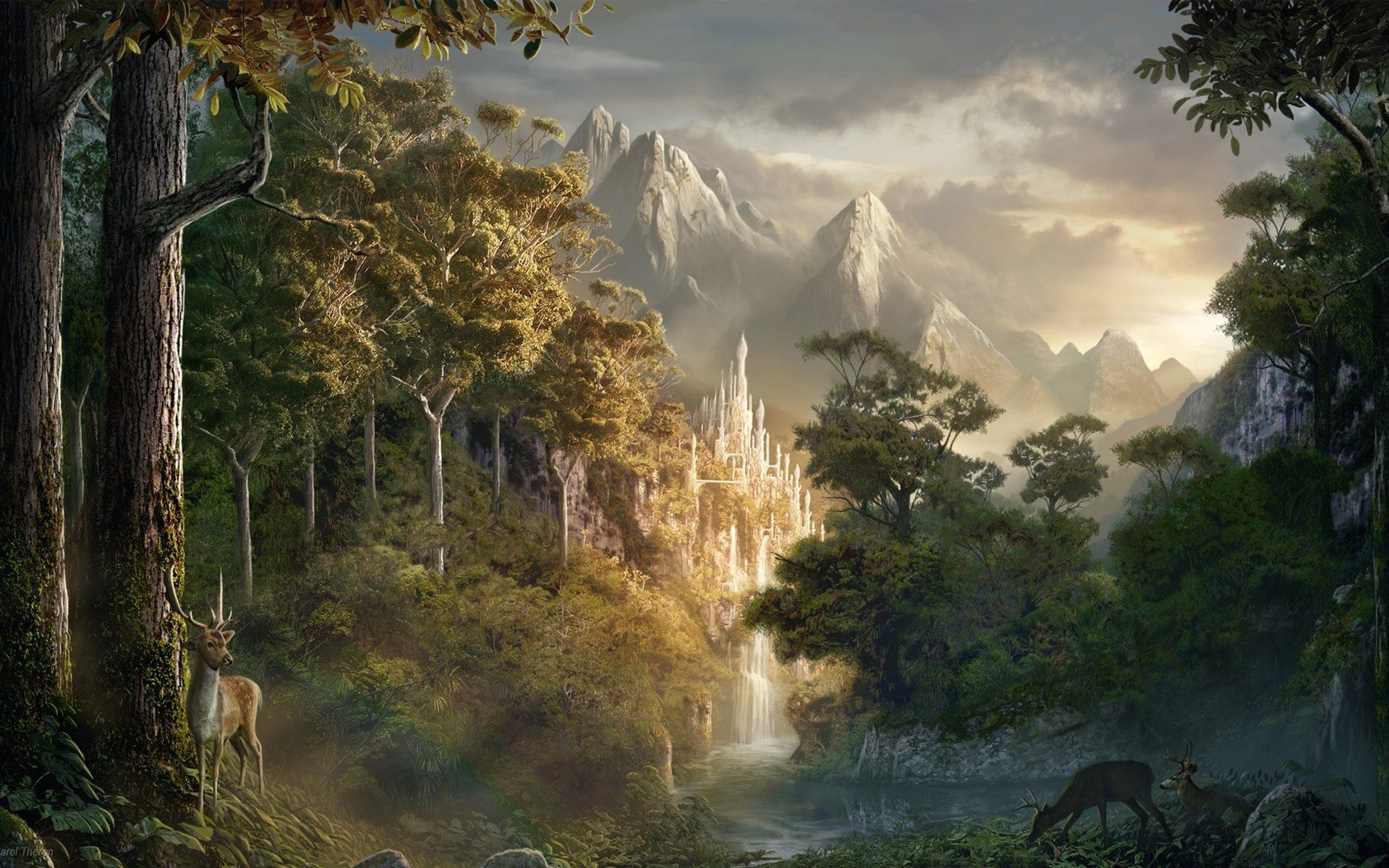 These include Brudvir and Neran land-based architecture, Kypiq tree canopy architecture as well as the Janoa, To'resk and Dras stilt-based architecture used on the rivers and streams of Lundr. Structures comprise mostly of wood, stone, animal hide and various materials provided by the forest of [Name].

Lundr values additive and sustainable method of building to the best of their respective style and abilities. Renewable resources gifted from within the county is given back through means of afforestation.

Lundr's Mistress of Woodworks in cooperation with the Hrimthurs Builders to ensure that all of Lundr upholds to the standard of these master builders. 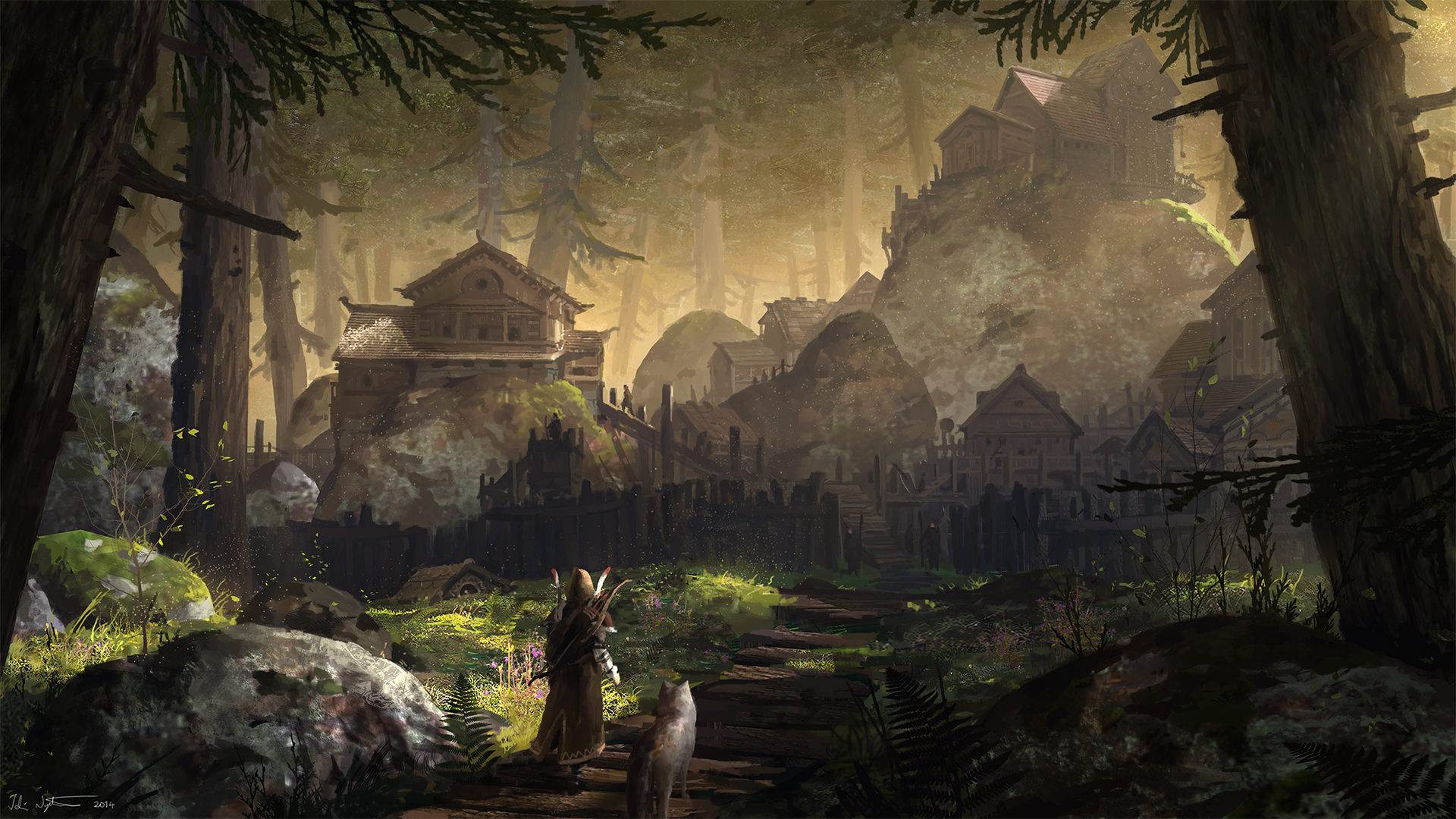 While Lundr has no formal army it is able to defend itself through means of multicultural warfare tactics and assistance provided by Dore and the Druids of Faedin. Lundr also abides by kingdom law being proficient in at least one weapon preferring clubs, quarterstaffs, spears or long and short bows most favouring archery trained through the guild of Síðastr Jötunnøðr.

It is not uncommon to see variations of hybridizations of these tribes within The Grove or to see the other children of Mann in its borders seeking enlightenment.

The most commonly spoke language in Lundr is Proto-Neran however it is commonplace to hear dialects of “Tropical”, “Northerner” and even the overhead chirps of “Forest Chatter”. I cases where formal conversations are had or contract signed some use translators from the College of Utdannelse to act as mediators to ensure ease of communication.

Faedin is the predominant Lundr religion, openly accepting all of its followers. Although tribes that worship Faedin all have a different viewpoints, Lundr excels in harmoniously joining these viewpoints. Through shared religion comes the acceptance of others, in Lundr tribes that are known enemies or at ends are frequently seen working together for the greater good of Faedin.

Lundr works on the principle that each of Faedin’s tribes has their views for a reason and that is to grant strength in each other, instead of fighting these different views point Lundr celebrates it.

Lundr employs Kypiq as gatherers and architects using their wit and intellect to enrich the lives of those living within the Grove. The Janoa renowned for their agility and ability to hunt, helping to feed the Brudvir and Janoa’s of Lundr and are mindful of the Kypiq’s views thus do not hunt unless there is a need or imminent threat. Brudvir famous for their strength and resilience often utilised as mediators between the Kypiq and Janoa due to their high intuition and middle ground religions viewpoints between those two tribes.

Through these tribes and views, Faedin provides balance in one community with Intellect, Agility and Strength to the benefit of all. 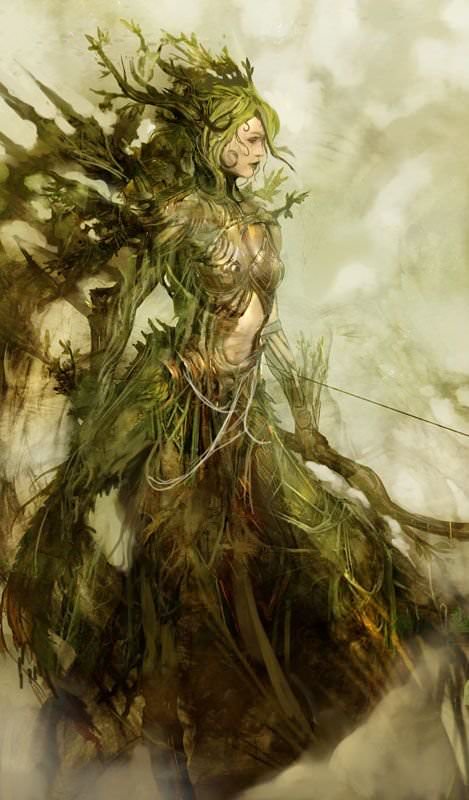 Lundr’s economical strengths come from its sustainability in all it does.

A core aspect of The Groves economy is beekeeping enriching and rejuvenating the forest’s Flora helping to spread Faedin’s life. The honey that is produced provides healing properties used in the remedies made by the Druids of Faedin’s herbalists and healers.

Honey is also widely used in Lundr cuisine since all tribes relish the golden nectar Beekeeping also provides the added benefit of preserving and treat both woodwork and leather.

Candle making is a viable by-product from beekeeping enabling those that live within The Grove to see Faedin’s light even in the darkest of times.

Silk production is also a major focus under this mastery and Kypiq are often seen high above the Grove tending to there Silkworm and weaving this delicate natural product into stunning bolts of Silk. Most of the technique is a closely guarded secret to the Kypiq but the beautiful products sold in the Whispering Swarm lead by Eilis, Mistress of Wings within the first commercial ring is a testament to their abilities. 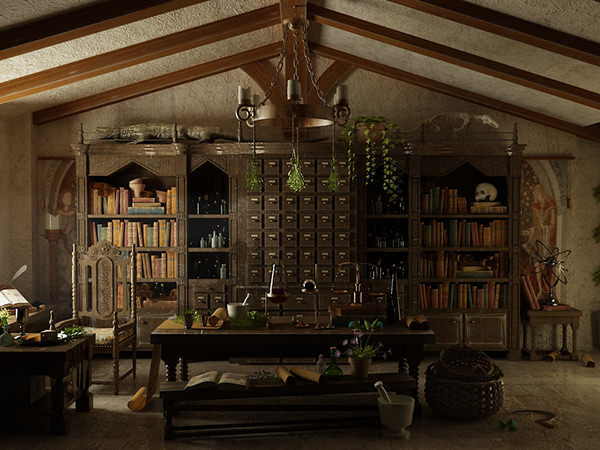 Lundr employs various carpenters within its ranks, most of which focus on Lundr’s architecture as well as the production of furniture and carriages. The carpentry shop is located in the first commercial ring and the carriages are often sold to the Guild of Hemp and Horses and other carpentry products are traded within Lundr and its County.

In keeping in line with the law set out by the Druids of Faedin regarding logging the Grove's lumberjacks work on sustainability and honing their craft directed by the Master of Timber those menn and womenn (Often Brudvir) are resource workhorses. 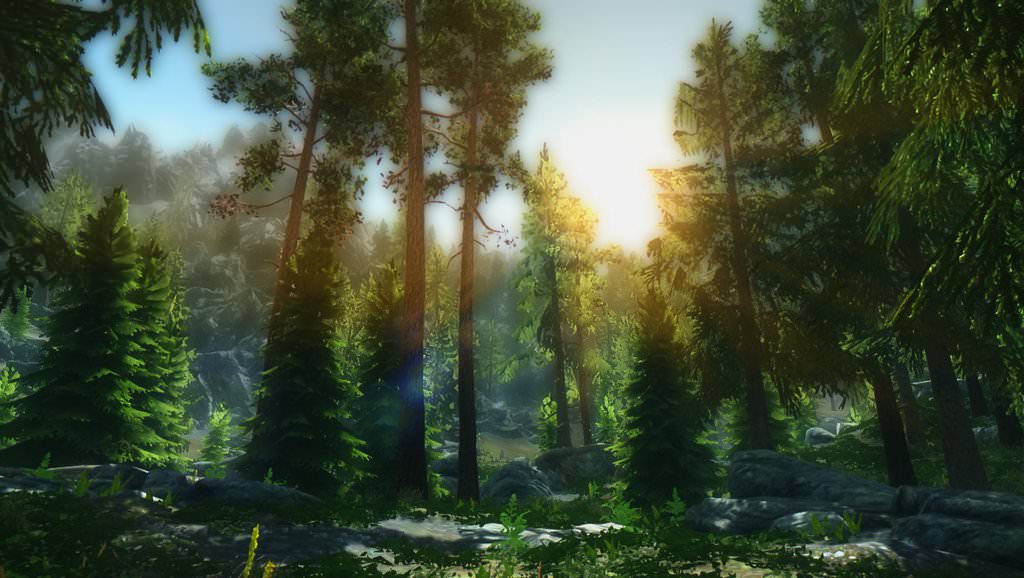 The Grove features a massive Inn and Stable at its entrance run by the Mistress of Festival whom always ensures a warm and welcoming atmosphere. With it's large a variety of herbs, mushrooms, honey, meat and other nourishing commodities Lundr has become renowned for its flair in the culinary art. In addition, you will also find cold mead and minstrels trained by the Druids of Faedin in the Inn in Lundr.

Although not all tribes in Lundr agree on the same principles of hunting it is still a key component of The Grove, focused by means of culling and necessity hunters strive for sustainability only taking what is needed and never wasting any of those animals given by Faedin.

Through means hunting and in conjunction with The Groves believes Lundr attempts to let nothing go without purpose. In this believe many of its hunters have taken up the crafting professions of leather working and tanning. Lead by the Master of the Hunt these individuals are well traveled and renowned for there knowledge of the land. 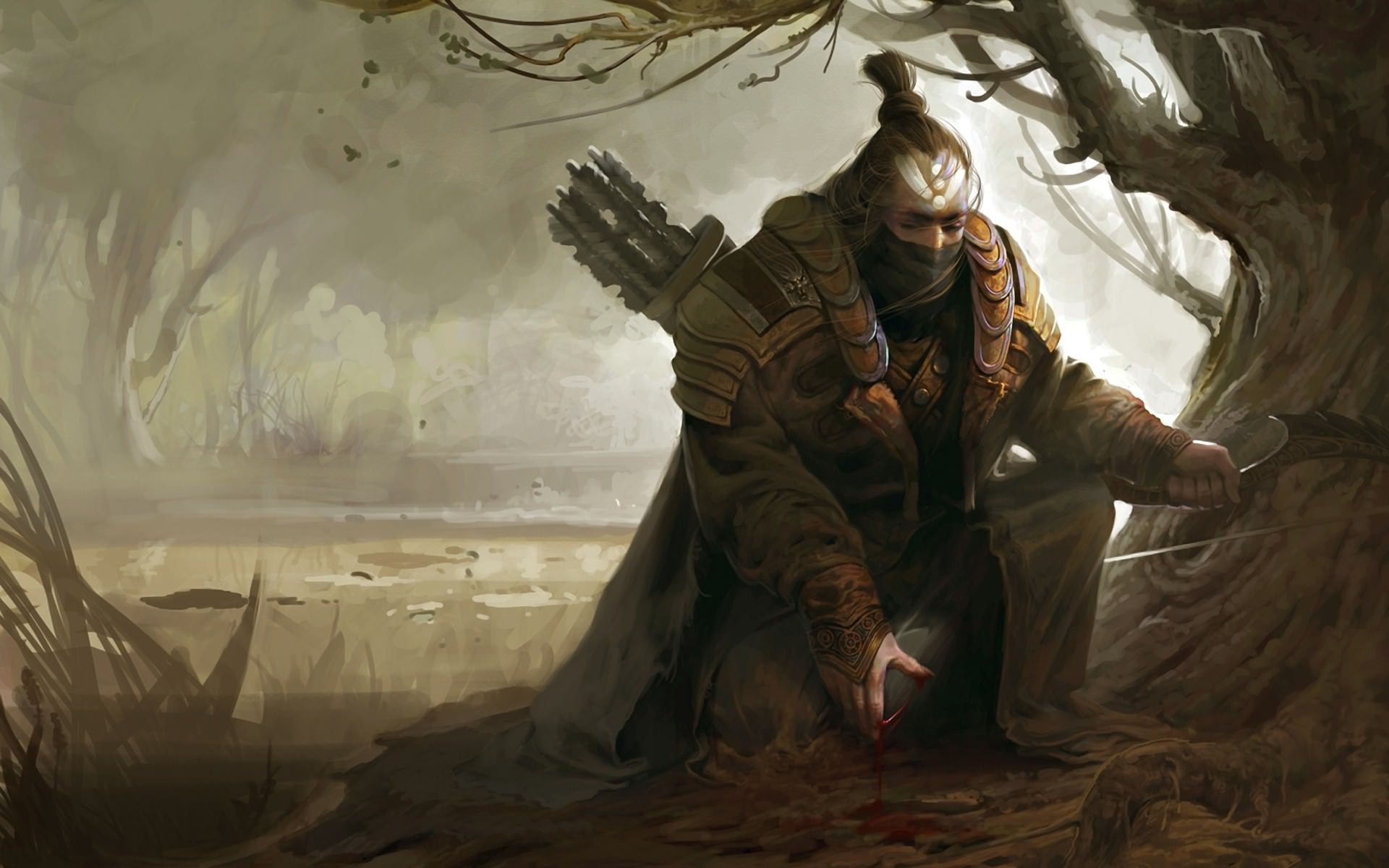 Position available within The Grove:

Master of the Beast (Filled by Farfalloni)

Mistress of the Wings(Filled by Eilis)

Mistress of Wood (Filled by Astrid)

Master of Timber (Preferably Brudvir, Reporting to Mistress of Wood)

Mistress of Festival (Filled by Mirrormere)

Master of the Feast (Preferably Janoa/To'resk Hybrid, Reporting to Mistress of Festival)

Master of the Hunt (Filled by John Lionheart)

Lundr is an ever-expanding capital and as such is always looking for people that like the concept and ideas of the capital so if you do not see a position that fits your playstyle 100% please feel free to contact us. More position will become available as information gets released.

Provided by the Druids of Faedin believing nature is the best teacher and is the foundation of all other studies. Dedicated to the pursuit of knowledge regarding all matters of Fauna and Flora, the Druids of Faedin teaches all its students the much forgotten and often overlooked skills of the natural world.

Provided by the various groups and guilds of Tryggr these include but are not limited to:

College of Utdannelse a guild with a simple goal. To learn everything that can be learned for the benefit of Tryggr.

Hei Fei Cui (pronounced Hay – Fay – Tsway) or in English; The Black Jade Society, is a Chinese themed ranger and survivalist guild in the Kingdom of Tryggr.

Hemp and Horses, the designated and government approved destination for all your Animal Breeding and Agricultural needs!

Hrimthurs Builders will provide the people of Tryggr with an outstanding quality of housing. We want to be known throughout the kingdom for our reliability, quality and discretion.

Jörmungandr Explorers Guild aiming to search and learn about the history of Elyria. By attempting to reach that goal we can fulfill several needs regarding professions.

Jötunnøðr Archery and Hunting, this guild will train its members as archers who will be equipped & ready to serve in various roles ranging from soldiers in the army, guards, huntsmen or as instructors passing on knowledge.

W-Anchors Shipwrights a guild that in cooperation with other established guilds within Tryggr will build and maintain a strong and fearsome navy.

Lundr will be governed by its mayor and council consisting of the five masters of Lundr. The Grove also abides kingdom law Tryggr as well as the law of the County of Dore.

John Lionheart - Master of the Hunt

PS. All [Name(s)] are pending land selection and as such will change once this occurs, also please keep in mind that this post is theory craft.

* Based on current skill tree subject to change

Happy to have you in our county

Lovely post. Hope that the work between our guilds will flourish.

Not often that I see another domain that is building their theme around the Faedin. I like the concept. I wish you good luck!

Hello, it's Mirrormere. I would like to join both your town and guild.

it's so wonderful ! A forest full of spirits. Faedin is a great thing, but I fear in the shrub steppe won't be much space for such beauty.

Nice 1st target locked then tnx for the info. It would be lovely to trade and more.....from the photos you have full of trees I hope your town will be near Janoan territory. After all, kingdom 4 has Very few of that kind of biome, Desert, Marsh, salt Marsh or shrubs steppe. Only in the Neran Biome North of Kingdom 6. 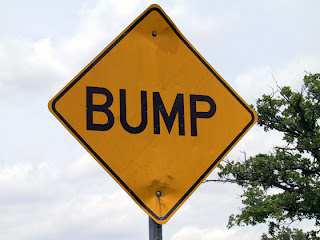 Hello, i wish to join The town of Lundr.

I would like to establish a character presense within the town and grove. I guess we can discuss the details once things settle in. 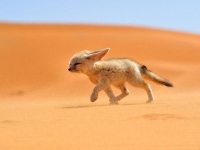 That's the destination to be in high trees