The Official Launch Kingdoms of Elyria

Player-run governments and economies are a few of the unique aspects of Chronicles of Elyria. When we discussed kingdoms and land management in a previous design journal, we detailed the duties and responsibilities for the gentry, aristocracy, and nobility. Today, we're announcing the official kingdoms for each of the servers at launch.

What does this mean for you? Nobility structures can be built with assurance about what server they will coexist on. If you are playing the Dance of Dynasties, the politics and subterfuge can now be server-specific. Organizations and land owners can begin to negotiate where they want to plant their flag. There are big repercussions, too. Every player is effected by the kingdoms on any given server, even if you don't know the tribes in the kingdoms at the moment. Stakes are in the ground and the game is in motion!

So now is the time for you to learn about the kingdoms in your region and determine if you would like to settle or begin in one based on their goals. While some of you want to choose based on tribe choice, others may want to find a land they believe in, so now's the time! Start connecting with other kingdoms and organizations and build your community in Chronicles of Elyria.

To help you connect with other players, we'll outline recruitment threads and/or Discord links for each of the monarchies listed below. There are a few things to note. On the Luna server, there is still an open monarch slot. We currently discussing the plan regarding this open slot. Also on the Luna server, Vornair holds two monarchy slots, although they are only listed once on the list below. It's a similar scenario on the Selene server, as Demalion holds two monarch slots as well.

As we get closer to land and settlement selection next year, we'll learn more about these monarchies, and how players will be able to start to shape the world of Elyria. 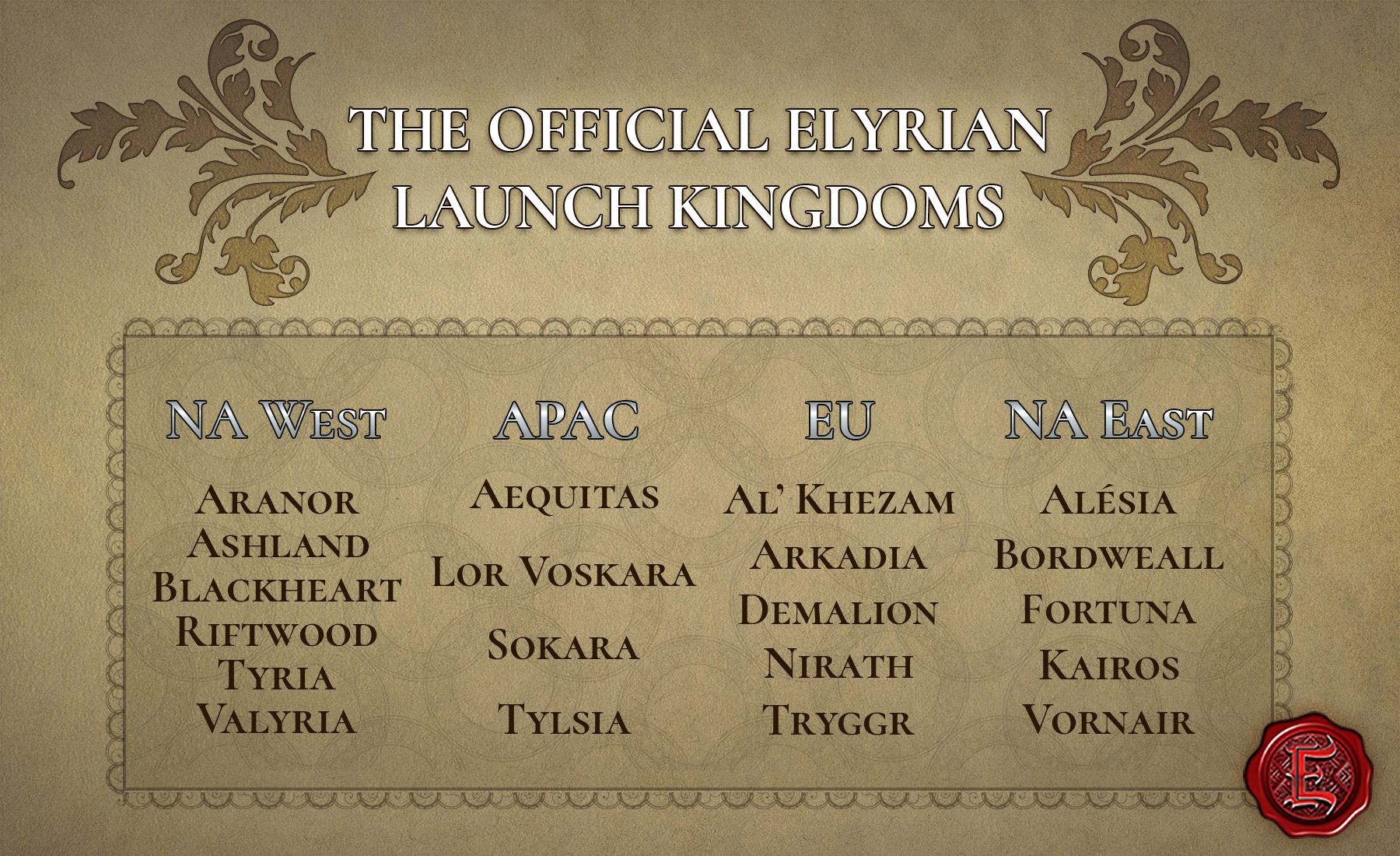 Note: The 4th kingdom in OCE is Caprakan, not Sokara as the image above incorrectly states.

The Conquest of Elyria Returns!